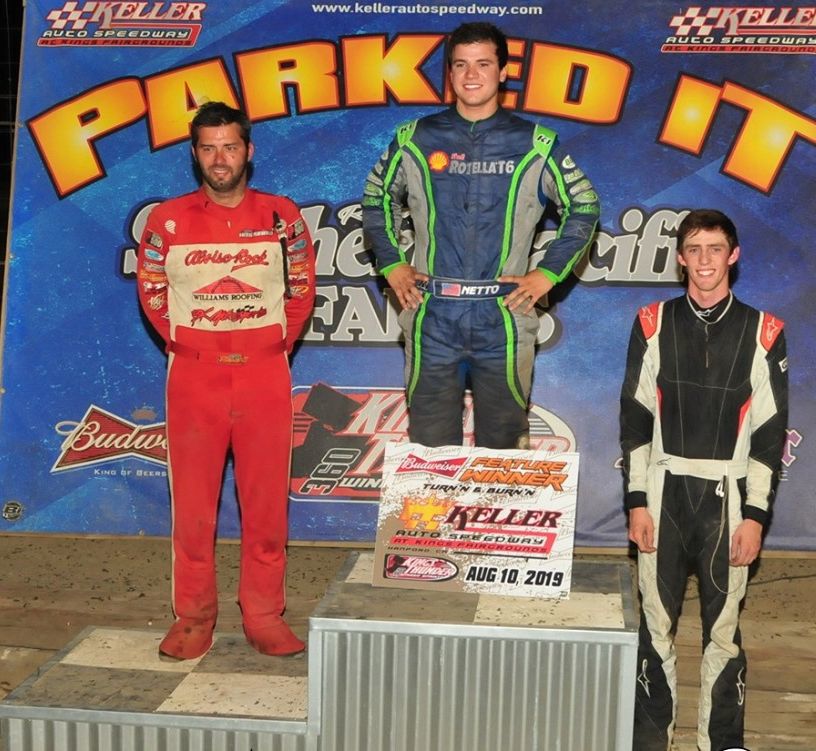 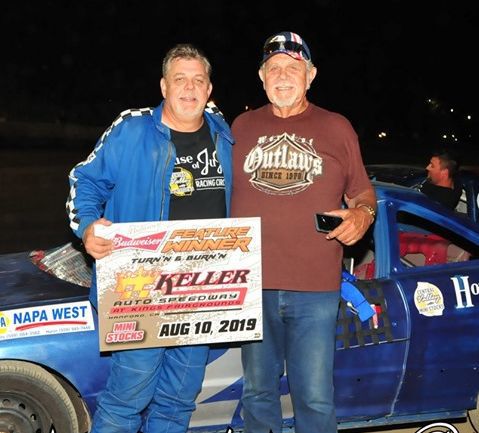 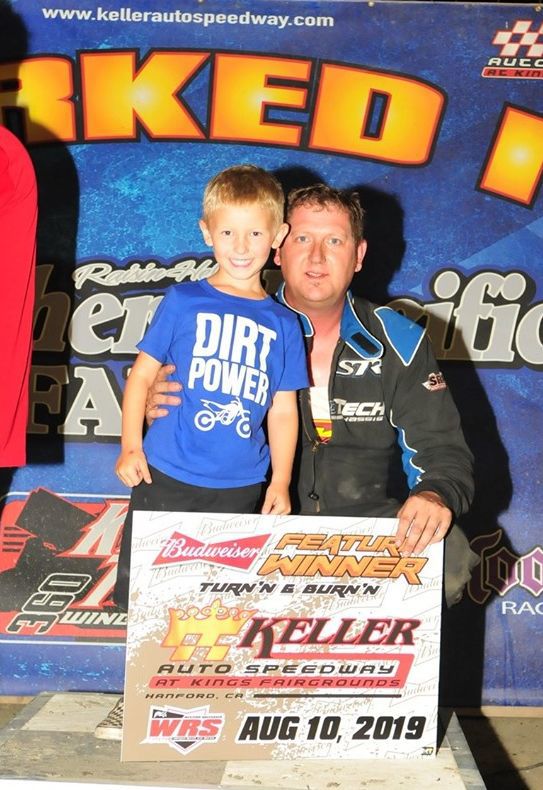 Hanford - DJ Netto won the 30 lap King of Thunder Winged 360 Sprint Car Main Event Saturday night at Keller Auto Speedway. This was the third win of the season for Netto and it gives him a 24 point advantage over Grant Duinkerken in the championship battle.

Bud Kaeding had the pole for the Main Event and set the early pace ahead of Netto and Duinkerken. After a yellow flag on the first lap, the race had 22 straight green flag laps. Netto and Kaeding began an intense battle for the lead on lap 10. Netto grabbed first on lap 11 with Kaeding regaining the position a lap later. Netto was relentless and put the moves on Kaeding to take the lead once again on lap 13. A lap 23 yellow flag bunched the field, but Netto resumed command when the green flag waved. Netto brought it home a happy winner ahead of Kaeding, Duinkerken, Tucker Worth, Zane Blanchard, Brooklyn Holland, Scott Parker, Jared Faria, Danny Faria Jr and Eric Humphries.

Worth was the quickest of 20 qualifiers with a lap of 14.033, beating the 14.177 of Jared Faria. Eight lap heat race wins went to Worth, Netto and Kaeding.

Greg Baronian won the 20 lap House of JuJu Central Valley Mini Stock Main Event. Baronian is the reigning series champion, and this was his first win of the season. Baronian had the pole for the Main Event and set the pace from the start ahead of series and track point leader Dan Myrick. Following a lap one yellow flag, Jason Cook moved into the third position on the restart. Baronian and Myrick pulled away to about a straightaway lead ahead of Cook. While the battle was relatively close in front, Baronian held off Myrick for the victory. Cook was a solid third, followed by Paul Schwartzenberger, Matthew Herod, Ryan Blank, Ryan Doglione, Ronald Curtner, Darren Wilson and Jeff Durant. Baronian set the fastest time in the 23 car field with a lap of 22.098. Eight lap heat race wins went to Myrick, Glover and Blank.

Chad Johnson won the 20 lap IMCA Stock Car Main Event. This was the third win of the season for the current point leader. Renn Bane led two laps before Johnson moved by to take the lead. Larry Thompson took the second position from Bane on lap eight and took up pursuit of Johnson. A lap 13 yellow flag slowed the pace, but Chad Johnson continued to lead the way ahead of Thompson on the restart. They finished in that order with Cody Johnson third, follow by Rod Bane, Renn Bane, Dave Lincoln, Troy Patee, Tanner Lorenzo, Ron Hurt and Brock Hamilton. Chad Johnson and Larry Thompson won the eight lap heat races.