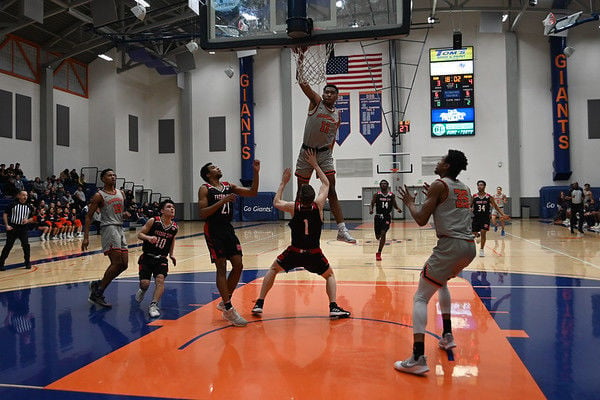 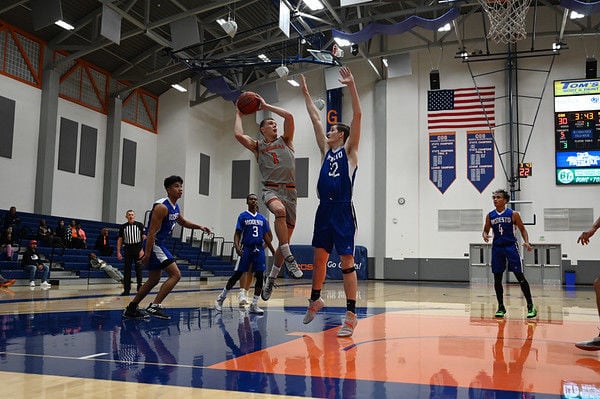 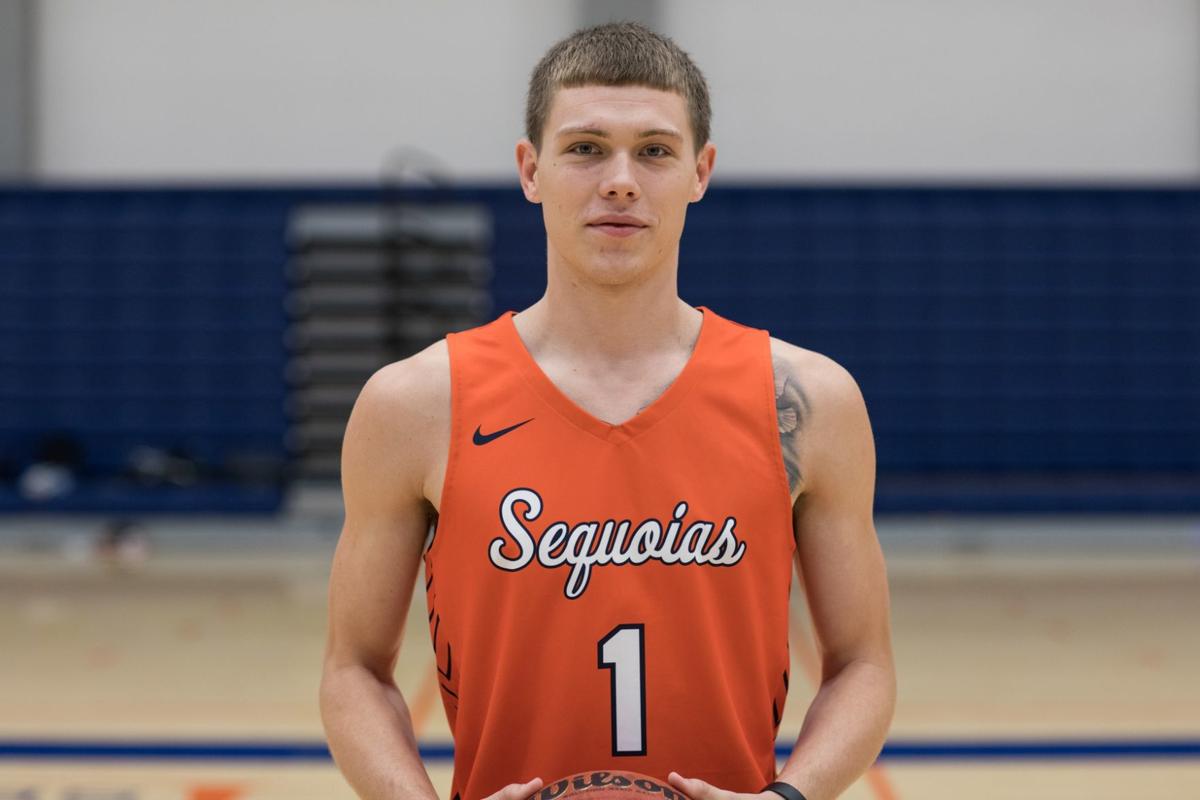 Ryan Johnson has played like a conference MVP candidate over the past six games while averaging 16.6 points, 13 rebounds, 3.6 assists, 2 steals and 1.5 blocks. 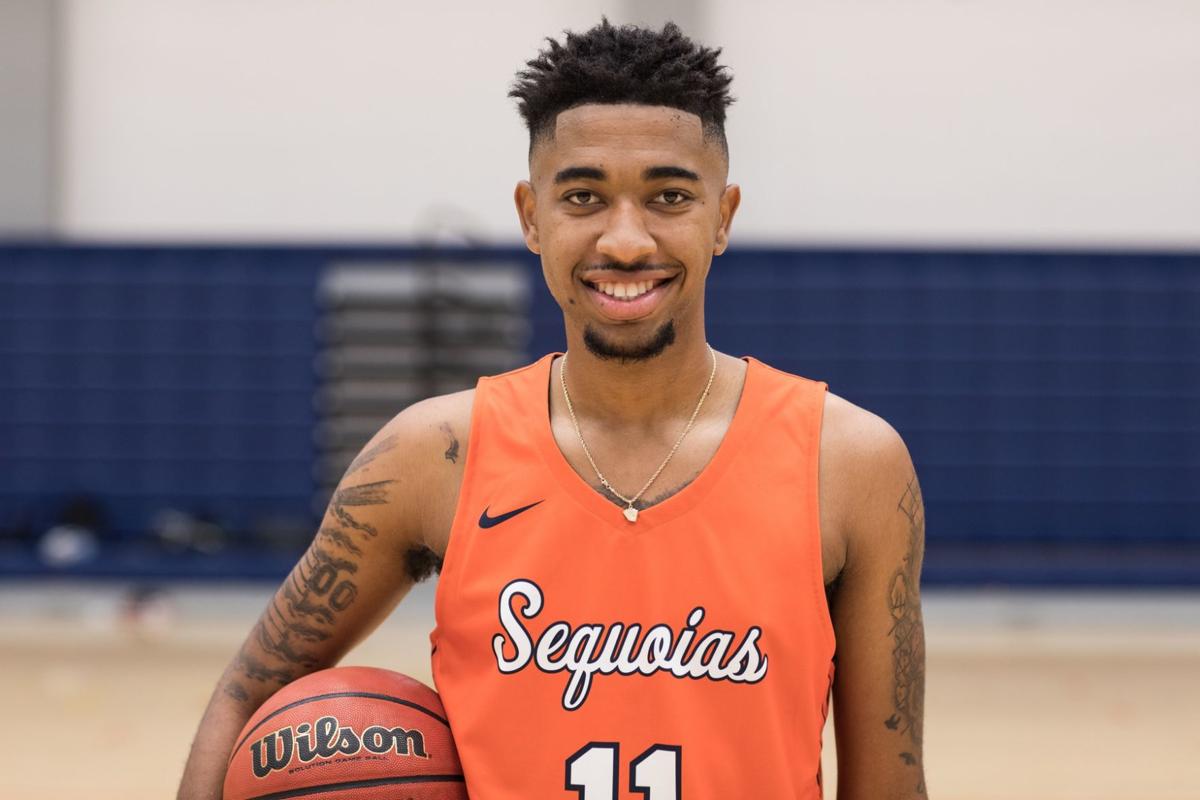 Savion Johnson, a former Hanford West standout, is pretty adept at filling up the stat sheet, too, averaging 10.2 points, 4.3 rebounds, 5.5 assists, 1.5 steals and 1.3 blocks over his past six games.

First-year College of the Sequoias men's basketball coach Dallas Jensen and staff have assembled a roster of players from far and wide.

From the West Coast (Elihu Cobb of Santa Maria) to the East Coast (Carlos Allen of Atlanta).

And Aderoboye isn't the only international player on the team as Lamine Ndione hails from Dakar, Senegal.

But it's been four former Central Section standouts -- Ryan Johnson (Hanford), Savion Johnson (Hanford West), Milton Burnett (Bullard) and Tiveon Stroud (Selma) -- who have been driving forces behind a six-game winning streak COS carries into a crucial showdown with rival Fresno City College at 7 p.m. Feb. 5.

The Rams have won or shared 18 consecutive CVC titles. COS last won a conference championship in 2010, when it shared the title with Fresno City.

"They absolutely got us in round one," Jensen said. "I thought we did some good things on the floor that night. We handled their pressure well and played good defense, but unfortunately we did not shoot the ball well at all that night.

"They are still the team to beat, but we are playing well right now. I feel if we do what we're capable of, we can compete with them."

Ryan Johnson, Savion Johnson, Burnett and Stroud have all worked their way into the starting lineup since the loss to Fresno City and been major contributors as the Giants have played their best stretch of basketball this season.

"It goes to show you how talented this area really is," Jensen said. "There is a lot of good basketball throughout the Central Valley. Guys who can be really impactful."

Ryan Johnson, the former NCAA Division I-recruited quarterback before giving up football for basketball, has played like a conference MVP candidate over the past six games while averaging 16.6 points, 13 rebounds, 3.6 assists, 2 steals and 1.5 blocks.

A 6-foot-5 freshman, Ryan Johnson is coming off his best all-around game of the season, a 22-point, 16-rebound, six-assist, three-block, two-steal performance during COS' 94-60 win at West Hills-Coalinga on Feb. 1.

"Ryan has made some great, positive strides as a player and as a person over the last 30 days," Jensen said. "I'm excited for him and the changes he's making in his approach to the game. He's in the gym a lot right now asking all the right questions and putting in the work to be not just a good player, but a great one."

But the most important thing Savion Johnson provides to the Giants, according to Jensen, is his leadership and spirit.

"He's so happy-go-lucky and usually has a smile on his face," Jensen said. "He keeps our locker room in a positive mood.

"What we try and do is tailored so much around camaraderie and relationships. I want them to work hard, but to enjoy the experience for what it's worth. So having a guy like Savion who laughs and enjoys life and doesn't get too nervous is good for the team. The younger guys look up to Savion."

"Savion can offer a little bit of everything across the board," Jensen said. "He does a lot of things very well."

Burnett, a 6-0 freshman, struggled to carve out a role early in the season, playing only 25 minutes through the Giants' first seven games.

But Burnett began to find his groove in December while producing a pair of 20-point-plus games.

And after an injury to starting point guard Holmes, Burnett seized on an opportunity for more playing time. Burnett scored 27 points off the bench in COS' first game after Holmes' injury, a 108-64 victory over Merced on Jan. 11, and has been a starter ever since.

"A lot of times, freshmen just need time to adapt to the speed and physicality of the JC level," Jensen said. "Milton has started to get it over the last month. He's become a contributor. Milton can really shoot it, and he plays both guard positions. His play has helped us open things up offensively."

Stroud missed the first two games of COS' six-game winning streak, and seven games overall while dealing with illness and a family issue.

The 6-7 freshman returned with a team-energizing 13-point, 12-rebound, three-block performance as the Giants beat then state No. 9 Columbia 82-76 on Jan. 22.

That effort propelled Stroud into the starting lineup, where he has averaged 13.7 points, 8.7 rebounds, 2.3 assists and 2.7 blocks over the past three games.

"Since he's come back, he's really helped us be the best team we've been all season," Jensen said. "He's a really impactful big man to have, and he's just beginning to scratch the surface of his potential. If he stays engaged, the sky's the limit for him."

While Jensen said he will always recruit the best players possible regardless of where they are from, he said the job local high school and AAU coaches are doing in producing talented players won't be ignored.

"This is an under recruited area," Jensen said. "And an area that will continue to turn out great basketball players who can help the COS Giants."

After four straight games on the road, COS returns to Porter Field House to host Merced on Feb. 8. Tip-off is scheduled for 5 p.m., followig the Giants’ women’s game against the Blue Devils that starts at 3 p.m.

Ryan Johnson has played like a conference MVP candidate over the past six games while averaging 16.6 points, 13 rebounds, 3.6 assists, 2 steals and 1.5 blocks.

Savion Johnson, a former Hanford West standout, is pretty adept at filling up the stat sheet, too, averaging 10.2 points, 4.3 rebounds, 5.5 assists, 1.5 steals and 1.3 blocks over his past six games.