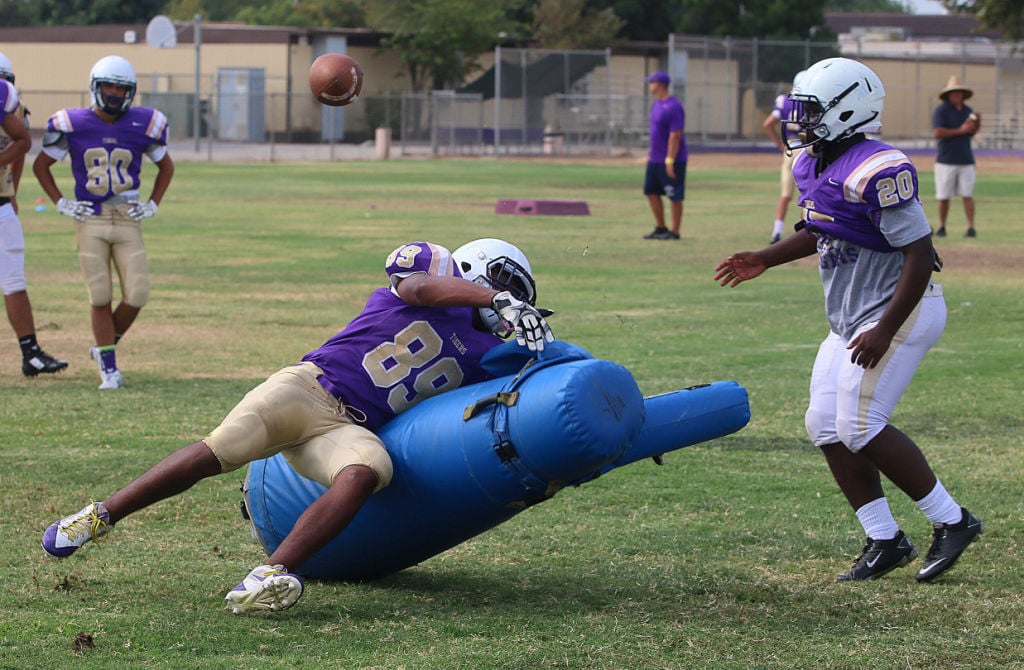 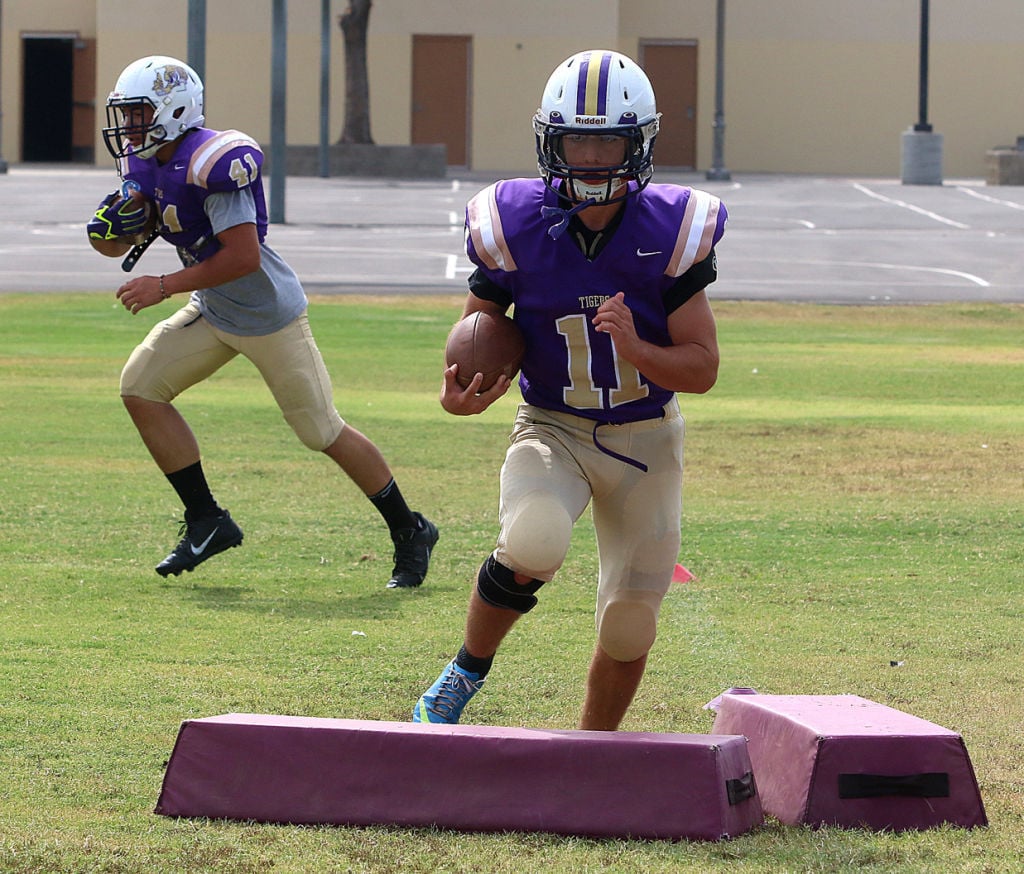 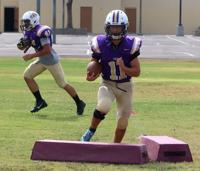 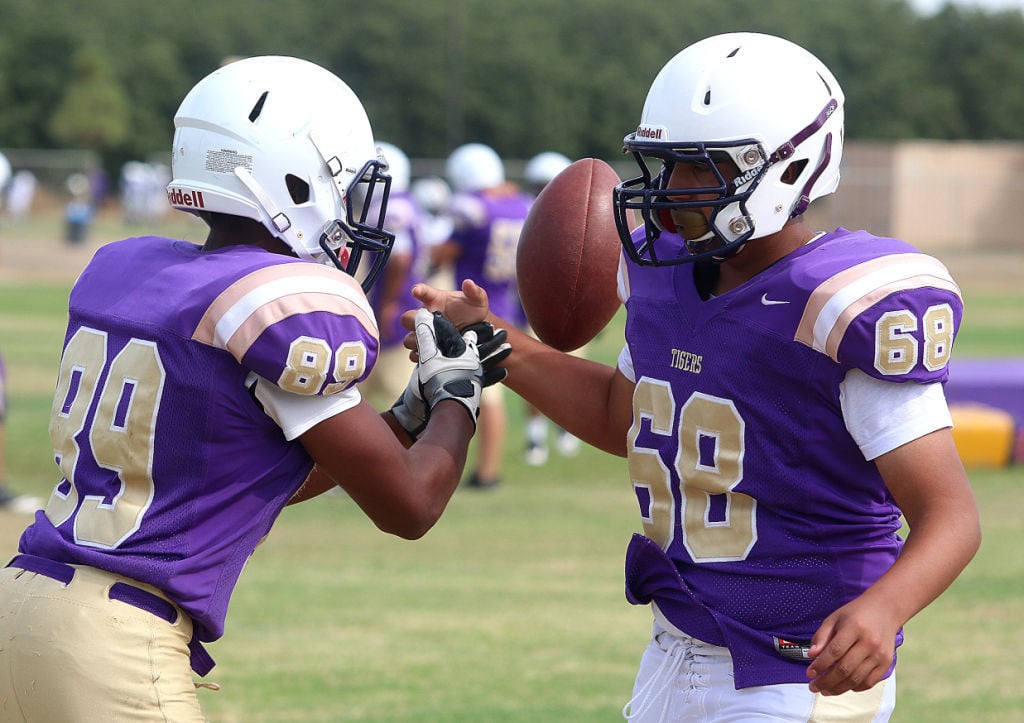 Lemoore High is expected to have more depth this season than in previous years. 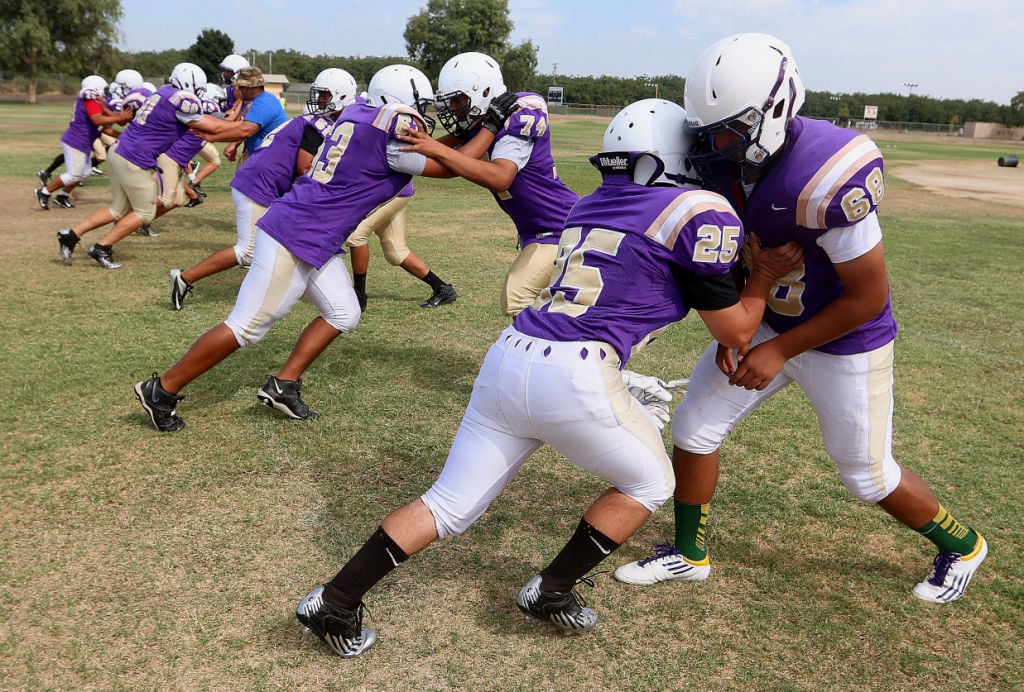 Lemoore High is looking to improve a defense that allowed 19.9 points per game last season.

Lemoore High is expected to have more depth this season than in previous years.

Lemoore High is looking to improve a defense that allowed 19.9 points per game last season.

LEMOORE - The Lemoore High School football team is getting ready for life A.D.

After the graduation of running back Richard Doctor, who rushed for more than 3,000 yards and 50 touchdowns over the past two seasons, the Tigers will look to a different cast of characters to fill in the void left by the two-time Sentinel Player of the Year that’s now at NCAA Division II. Humboldt State.

Lemoore head coach Shannon Pulliam is confident his team will be up to the task.

Pulliam said Lemoore will have more depth this year and speed throughout the lineup after going 7-5 in 2013 and winning a share of the West Yosemite League title in 2012.

“We’ve got a pretty good group of skill guys,” Pulliam said. “And this is probably one of the fastest team’s I’ve ever coached.”

Part of that is a solid core of underclassmen, Pulliam said, that went 10-0 at the freshman level, then 10-0 at the junior varsity level last year and now are juniors. Plus, the varsity team had six major sophomore contributors from last season that will be an even bigger part of the team this year.

While Doctor will be missed in the backfield, Pulliam expects Darnell Foster to fill in just fine.

“We should have run him more last year,” Pulliam said of Foster. “But Richard was just a gladiator. But if you look at the carries Darnell had, he made the most out of them. He’s probably going to get the majority of the carries for us.

“He’s strong, he’s fast but he’s a different type of runner than Richard.”

“It’s still going to help having that experience back there,” Pulliam said.

Returning on offense in key positions are second team All-WYL selection Jerald Campbell and receiver Allen Perryman, who Pulliam believes is one of the best athletes on the team.

Groathouse has seen a difference already in the type of players Lemoore will have on the offensive side.

“He’s solid,” Pulliam said of Cole. “He’s the leader of that group.”

On defense, Lemoore will be without safety Karson Overmyer, who tore his ACL in a non-contact drill in practice. He was a second team All-WYL selection as a junior.

“It always hurts missing a two-year starter,” Pulliam said. “But we have more depth this year and have guys that are going to be able to step up if someone goes down.”

“We’re going to be pretty good,” Rodriguez said. “We lost some good guys but we got a lot of good young guys with experience that are mature and ready. We have a good linebacker core. We’re going to be dangerous. We’re excited to chase that ring.”

“Redwood, El Diamante and us,” Pulliam said. “I think that’s the top three in league.”

Groathouse is looking forward to the challenge in both the nonleague schedule and then the WYL.

“You always want to play the best competition you can,” Groathouse said. “It’s just going to get us ready for the playoffs.”

Last season, Lemoore advanced to the Central Section Division II semifinals, losing to Kingsburg 21-13 as Doctor sustained an injury on the final day of the regular season but played on in the playoffs.

“If he doesn’t get hurt, we probably beat Kingsburg,” Pulliam said. “Then we’d have a battle with Garces.”

And if Lemoore gets back to the playoffs, Groathouse and Lemoore’s goal is simple.