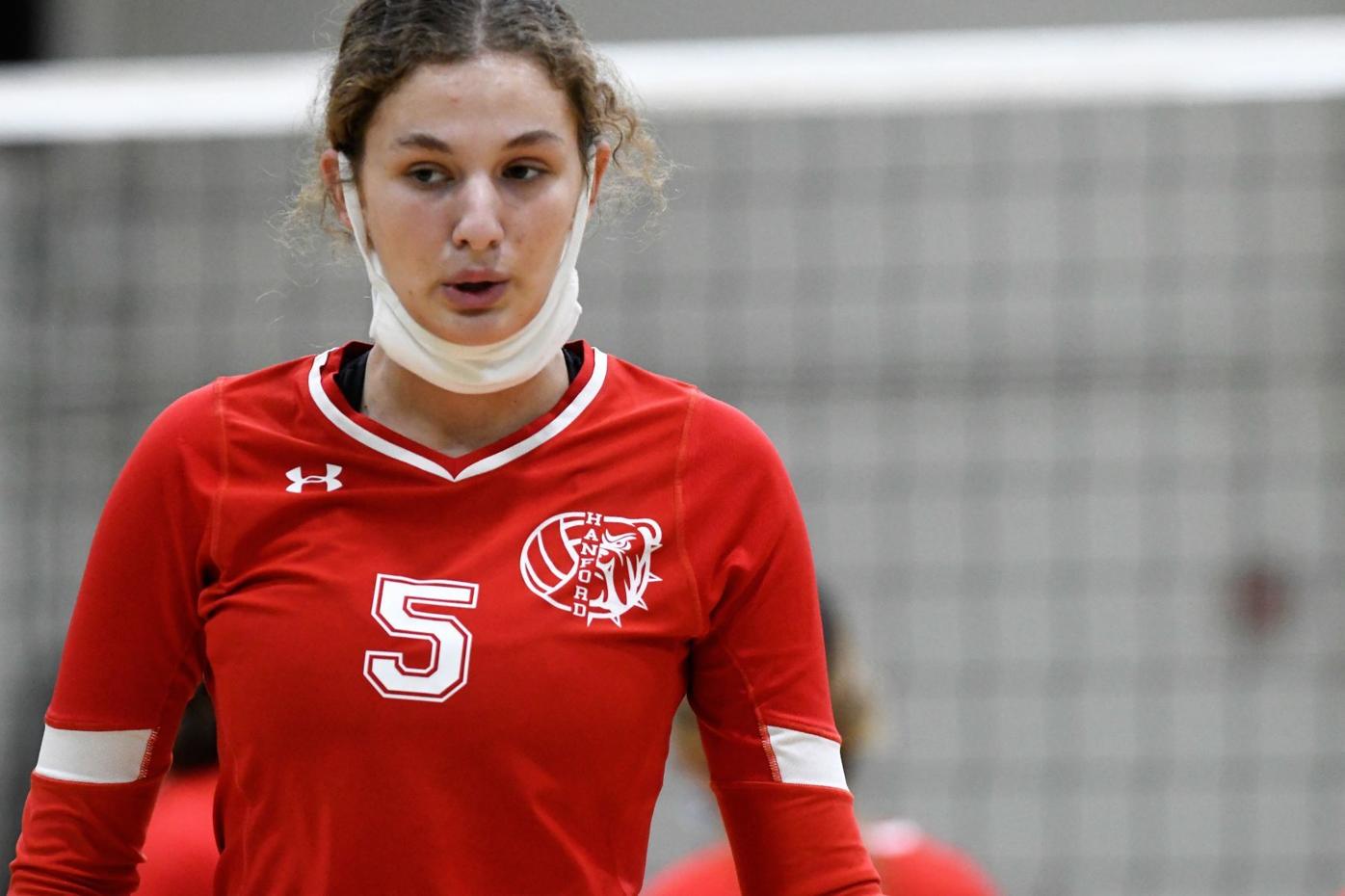 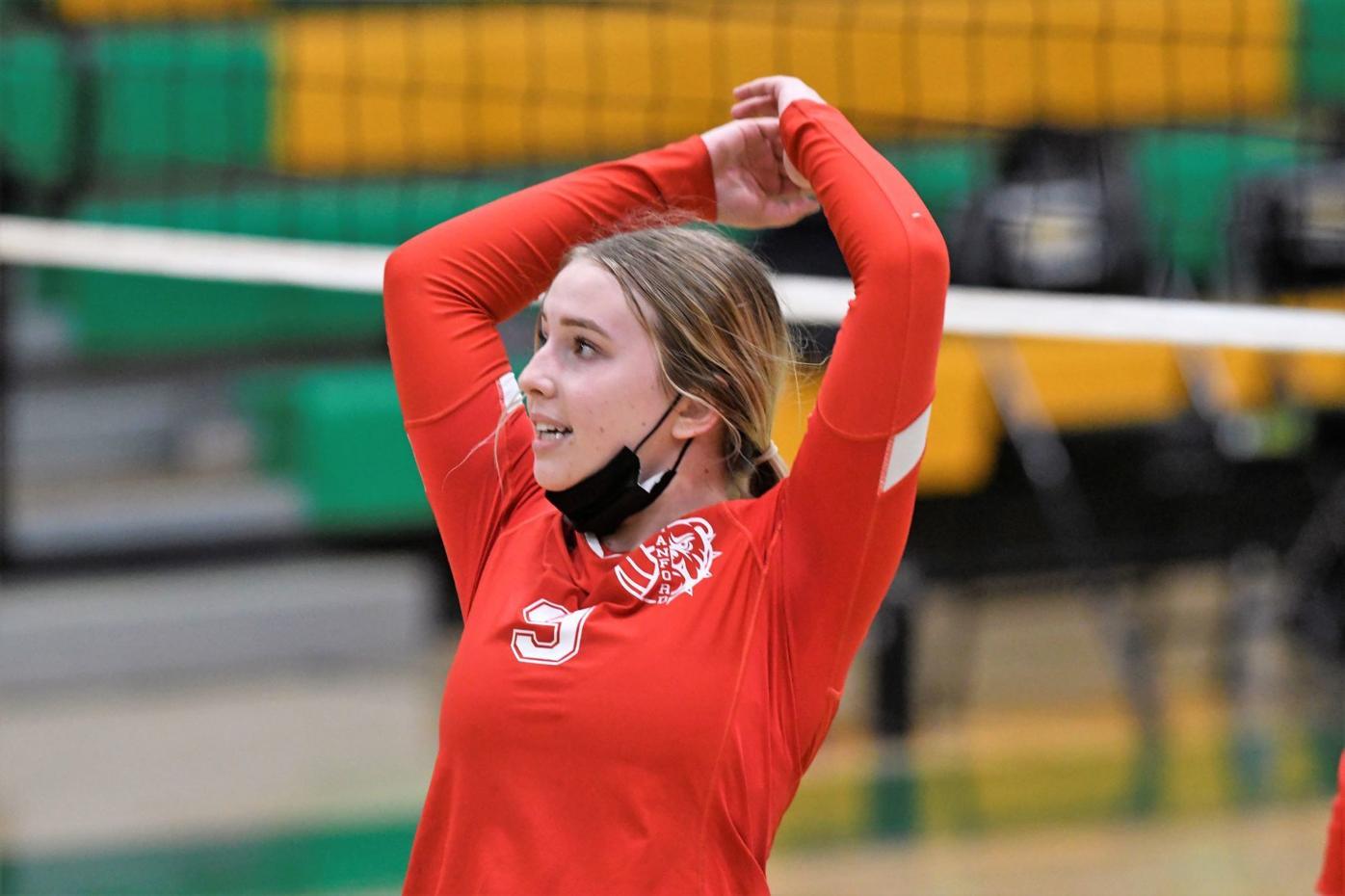 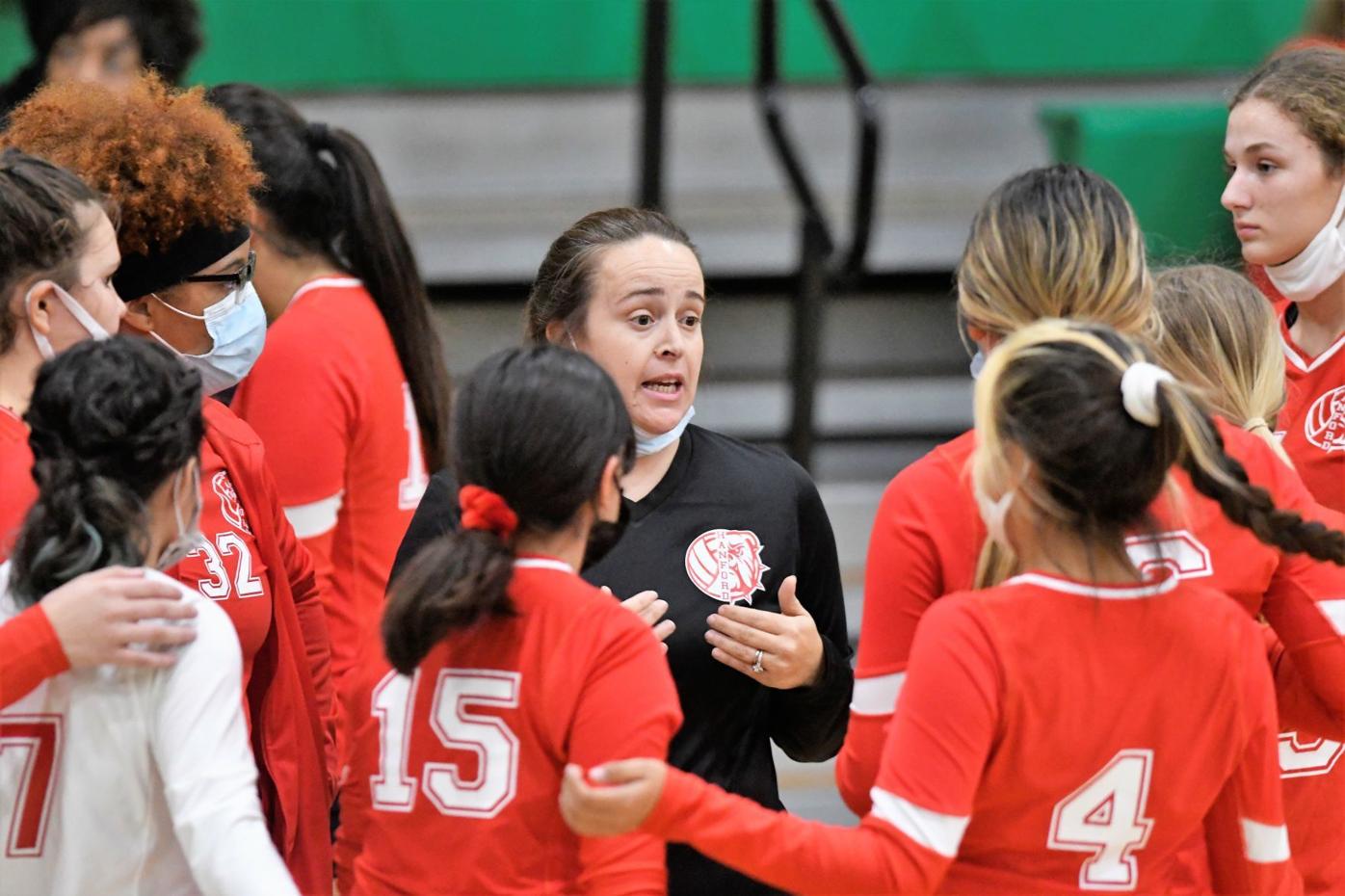 Hanford coach Lauren Garcia talks to her squad during a timeout in Tuesday night's CIF volleyball match against St. Joseph. 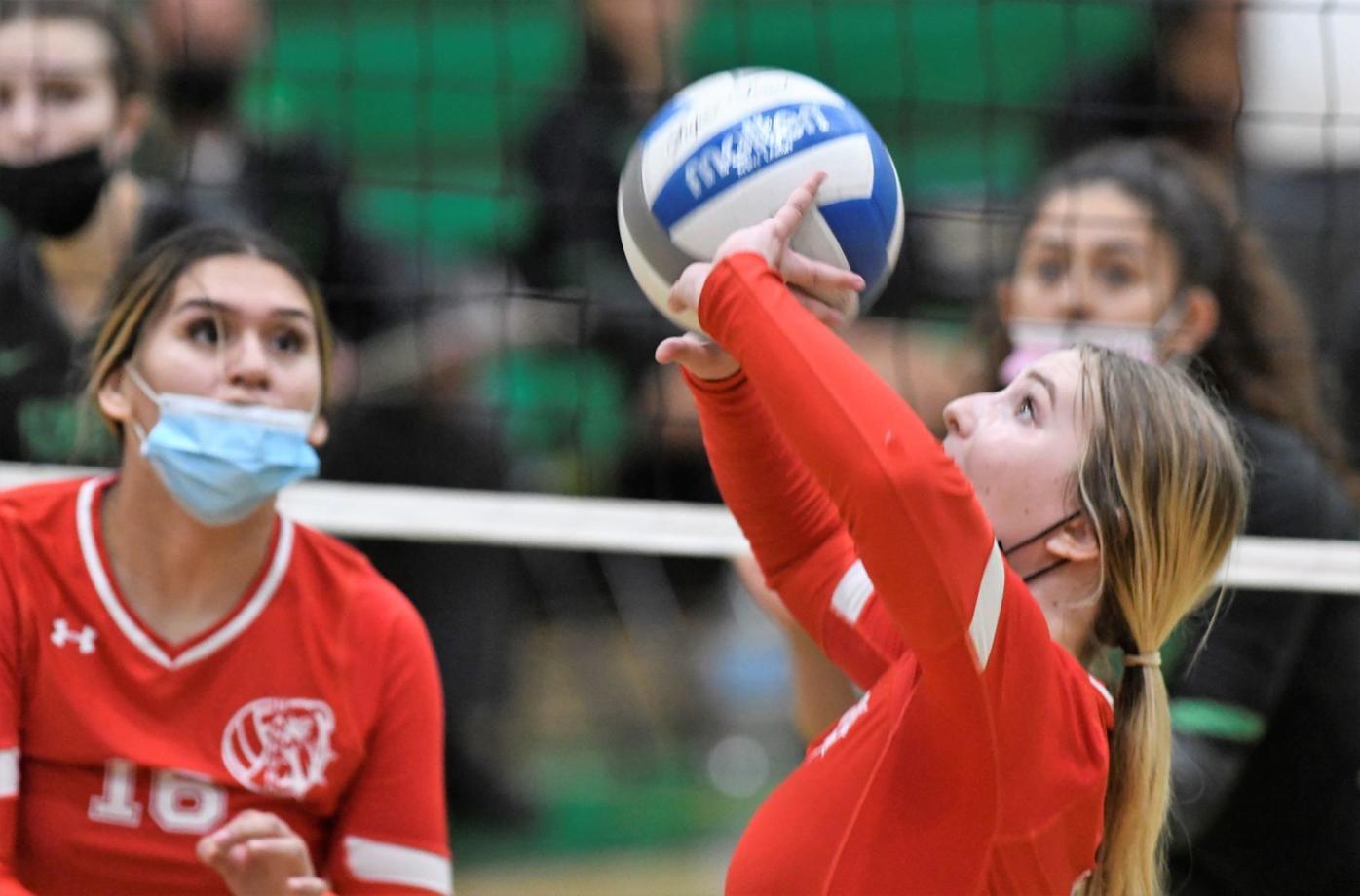 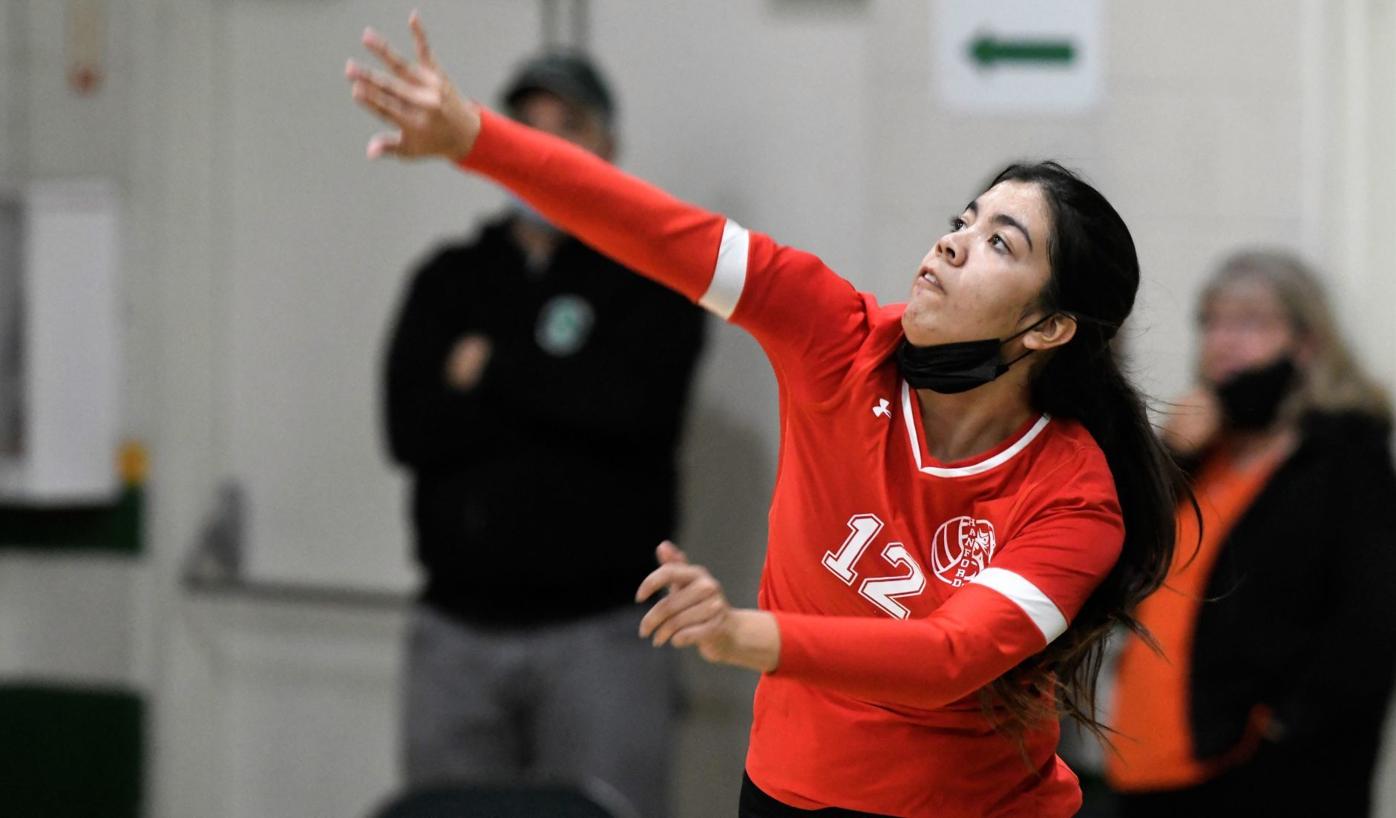 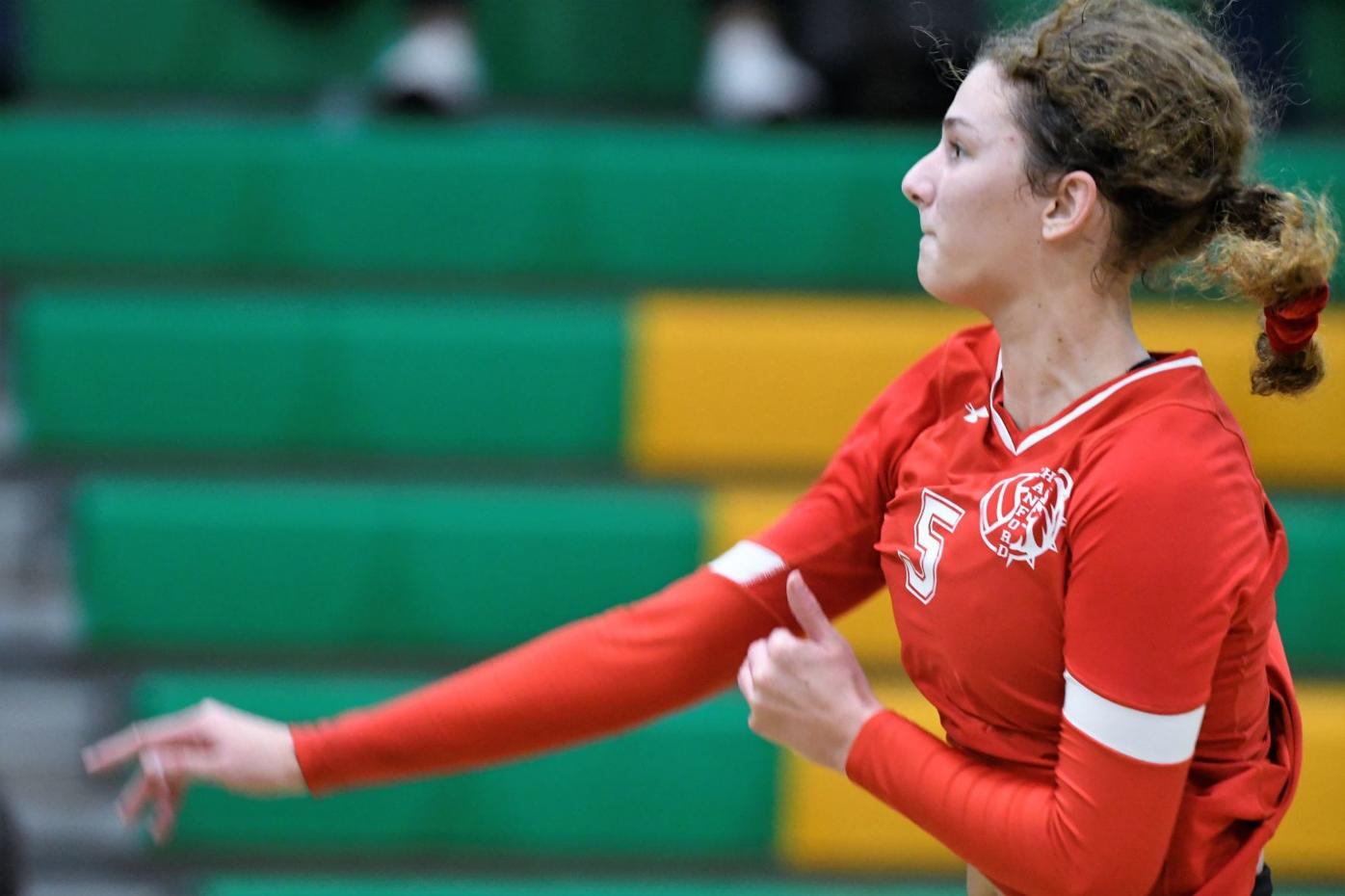 Hanford coach Lauren Garcia talks to her squad during a timeout in Tuesday night's CIF volleyball match against St. Joseph.

Hanford, though, came to life in the second. In a thrilling, back-and-forth set, Hanford prevailed 31-29, coming back from a five-point deficit.

The Knights, the No. 5 seed in the bracket, knocked out the 12th-seeded Bullpups and moved on to the quarterfinals in Division 3.

St. Joseph will travel to play the No. 4 seed Kingsburg in the quarterfinals on Thursday. Kingsburg beat the No. 13 seed Lone Pine in the first round.

Thursday's quarterfinal is set for 7 p.m. in Kingsburg. The Vikings are 17-16 overall and went 7-5 in the Central Sequoia League to finish in third place.

The Knights, coached by Dustin Astrosky, improved to 13-17-2 this season after they went 6-4 in the Mountain League to finish in third place.

Hanford finishes its season 15-12 overall. The Bullpups went 6-4 in the West Yosemite League.

Hanford's Druegan Davis was the primary point-getter for the Bullpups and she finished with 15 kills.

The Knights spread the ball around more than the Bullpups, who went to Davis time and time again at the net.

St. Joseph's Vanneza Sevilla, Gifti Tefera, Hailey Romero and Tui Auau for some of their offense, though Woodside was easily the strongest and most reliable hitter.

Tefera was solid at the net and even junior Maggie Perez came on in the fourth set to provide some strong play at the net.

St. Joseph roared out to a 7-1 lead in the opening set, forcing Hanford to take a timeout.

The Bullpups couldn't get into a rhythm still, and fell 25-10.

The set went back-and-forth. The Knights led 21-19 before Rikki Adams cut it to 21-20 with a block for Hanford. A Davis kill attempt just landed wide to give the Knights a 23-22 lead.

It was set point at 24-22 when the Knights were called for a lift and allowed the ball to fall to the floor between a pair of blockers to knot the score at 24.

A Woodside kill gave St. Joseph a 26-25 lead but her next attempt landed out. She put the Knights up 27-26 before Davis smacked a strong kill to tie it at 27.

Woodside struck again and Davis answered to tie the set at 28. A Woodside kill made it 29-28 for the Knights and Davis put the Bullpups ahead 30-29 with another kill.

The Bullpups took the set on a kill attempt that the Knights nearly dug out, but the officials ruled the ball hit the court after some moments of confusion, giving Hanford a 31-29 win in the set.

Hanford never was able to repeat that performance. St. Joseph went up 8-0 in the third set on a Romero kill. The Knights' lead ballooned to 14-1 before a Davis kill made it 14-2.

The Knights led 21-3 before Davis got another kill and the Knights ended up rolling 25-7 in the set.

St. Joseph raced out to a 14-1 lead in the fourth set. A huge Woodside kill made it 15-3 and a Tefera block gave the Knights a 17-3 advantage, forcing Bullpups coach Lauren Garcia to call another timeout.

Nothing seemed to work though as St. Joseph sailed to a 25-11 in the final set to clinch the win.

No. 1 seed Tulare Western swept No. 16 Atascadero 3-0 on Tuesday to move onto the quarterfinals. The St. Joseph-Kingsburg winner will likely play the Mustangs in the semifinals.

Nipomo, the No. 7 seed, beat Tehachapi, the 10 seed, 3-0 at home on Tuesday and will travel to play No. 2 Hanford Sierra Pacific on Thursday in the quarterfinals.