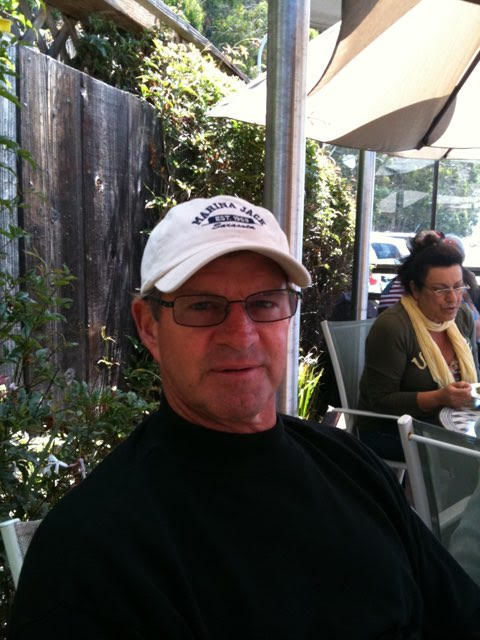 Jay Johnson has stepped down after 14 seasons as the women's tennis coach at College of the Sequoias. 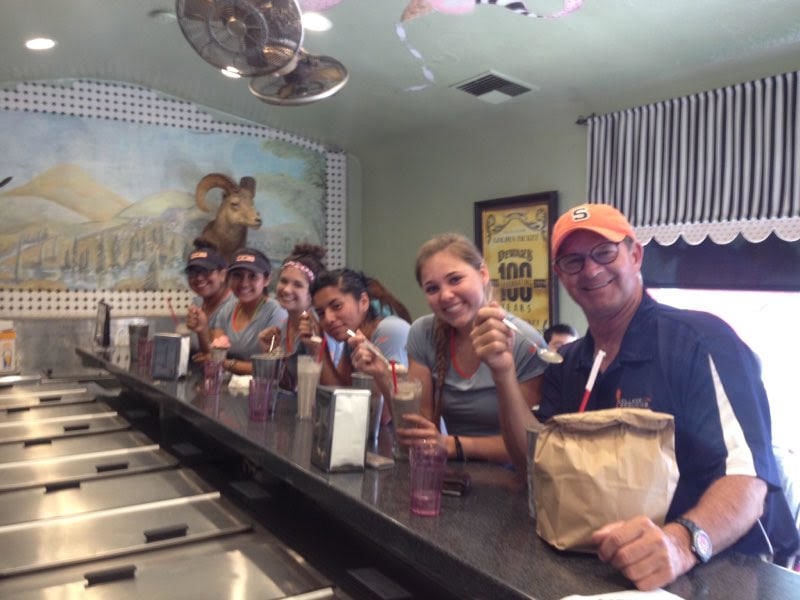 Jay Johnson learned to play tennis years ago in order to remain in his wife's good graces.

Little did he know at the time that Jan Johnson's idea to take up a sport they could play together would lead to a second career as a college tennis coach.

"I was playing a lot of golf," Johnson said. "My wife would get tired of me being gone for four hours on Sundays, so she suggested we go play tennis together. And when we started, we couldn't rally to save our lives."

With the help of his neighbor, George Remelheart, Johnson learned to rally.

He figured out how to teach someone to rally, too.

And that would eventually lead to an unexpected job as College of the Sequoias' women's tennis coach, which has now come to an end after 14 seasons.

"I've had some wonderful teams and wonderful young ladies. But I've reached a point in my life where I feel a younger person needs to come in and move the program a little farther than I have."

Johnson, 72, stepped down following a truncated 2020 season, when all California community college spring sports were canceled in midseason because of safety concerns over the coronavirus pandemic.

"Jay put a lot of time and effort into COS and our community," Davis said. "It's been a pleasure to work with Jay, and I'm going to miss working with him on a daily basis."

Johnson's decision to give up the COS women's tennis job caps a nearly two-decade run as a prep and collegiate coach in Visalia that followed his retirement from a 28-year career as an environmental health program manager with Tulare County Health Services.

"I enjoyed being there all those years, but I felt like I wanted to do something else," said Johnson, whose prior coaching experience had been years earlier with youth soccer and baseball teams his sons, Brad and Adam, had played on. “I retired early, and because I was still young and healthy, I wanted to do some coaching.”

A former baseball and football standout at Exeter High, COS and the University of Tennessee-Martin (where he was named to the school's athletics hall of fame in 2019), Johnson landed his first prep coaching job at El Diamante when Visalia's fourth public high school opened in 2002-2003.

An opportunity to move to the college level presented itself in 2007 when then COS women's tennis coach Joan Avedian -- a friend and fellow member of the then Visalia Racquet Club -- suggested Johnson take over for her.

Johnson needed a little convincing, however, before he pursued the opening.

"I said 'you know, I am happy where I am. I like the (El Diamante) administration and the coaches I coach with,'" Johnson said. "But (Avedian) kept on. She told me I'd like the level of competition, and the coaches you coach against."

Avedian proved to be right.

"I loved the game, I just wasn't sure I could do the coaching at that level," Johnson said. "But once I got there, I loved it."

Johnson didn't simply coach tennis over the years at COS.

He encouraged his players to become better students, too.

Johnson's team routinely excelled academically, and the vast majority of his players moved on to four-year schools.

Four of his former players were school student body presidents.

“One of the joys was working with the girls to develop their game,” Johnson said. “But the thing I liked most about it was pushing academics. I was always adamant that school is what you are here for. I keep up with them and have been so proud of all the things they have done in life."

In addition to success on the court, Johnson wanted his players to have fun and enjoy the experience of competing on a collegiate tennis team.

So rather than a quick pit stop at the nearest McDonald's or Taco Bell, Johnson took his players to unique places.

When the Giants played at Bakersfield College, they could count on a post-match visit to Dewar's Candy Shop and Ice Cream, a Bakersfield institution since 1909.

When traveling home from Reedley College, Johnson would detour through Cutler so the team could eat at La Esperanza's, home of some of the spiciest Mexican food around.

On trips to Fresno City, they would stop at the Chicken Pie Shop, an iconic Tower District eatery for more than 50 years before it went out of business in 2019.

"I've always heard the story that it's not about playing tennis. It's about the journey," Johnson said. "I wanted to do things they would remember. I always tried to take the girls places where they would enjoy their camaraderie and become family. It was all about the journey and creating memories."

Among Johnson’s proudest accomplishments was spearheading efforts to improve the Giants’ tennis facility.

Working with COS Foundation Director Tim Foster, Johnson and his wife Jan put together a grant that delivered funds used to resurface the courts.

He also worked with Davis to raise money for new wind screens that match the colors of the court, and to purchase new banners and scorecards.

"I tried to make it a pretty venue,” Johnson said. “The facility is in good shape now."

"Jay took a lot of pride in the facility," Davis said. "And because of that, we have one of the nicest tennis facilities in California community college."

COS is seeking Johnson's replacement. Anyone interested in applying for the women's tennis coaching position is encouraged to contact Davis at brentd@cos.edu.

Jay Johnson has stepped down after 14 seasons as the women's tennis coach at College of the Sequoias.