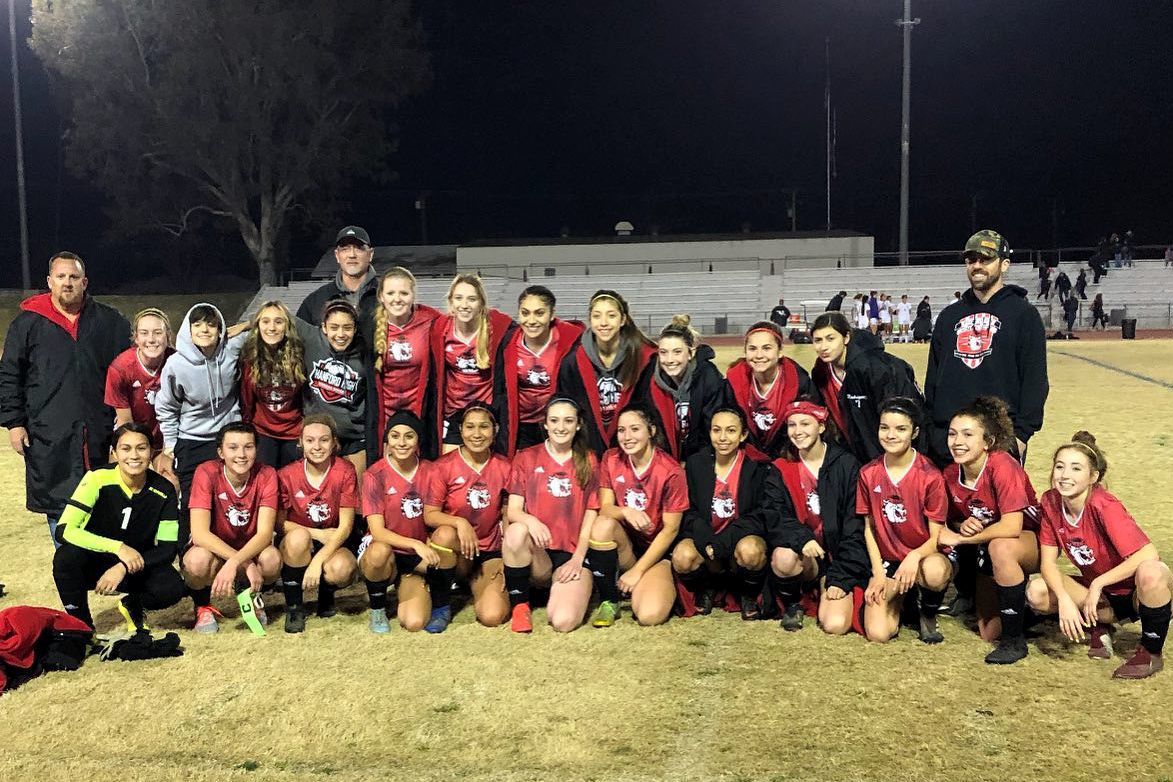 The Hanford girls soccer team poses after defeating Righetti 1-0 in the first round of the playoffs at the Neighbor Bowl on Tuesday. 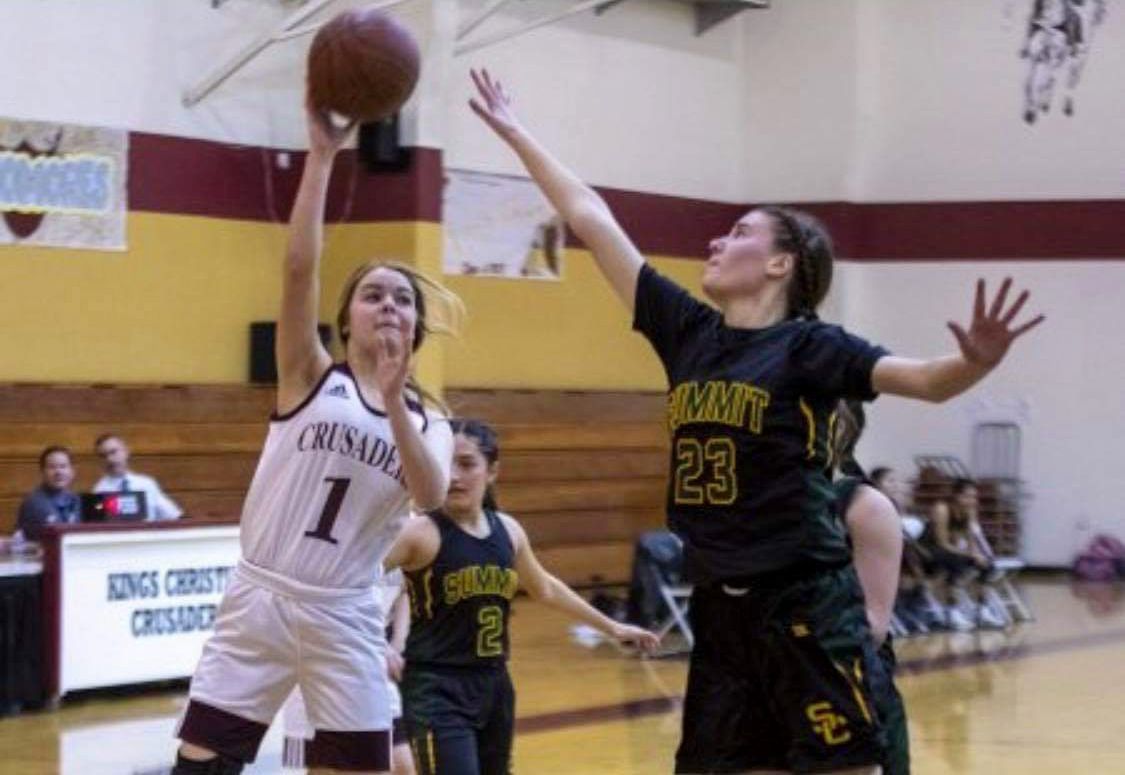 The fifth-seeded Bullpups (14-6, 6-4 WYL) scored in the seventh minute on a header by Darienne Dunn. Baylee Dias had the assist with a well-placed corner kick and the Bullpups held on the rest of the night against the 12-seeded Warriors. It’s the team’s third year in a row qualifying for the second round.

"The defense played extremely well and Melody Martinez made a couple huge saves to help preserve the shutout," Hanford coach Jordan Barba said. "Offensively, the passing and movement was great, which allowed us to keep pressure on their defense the entire game."

"Things are clicking at the right time and I'm proud of the heart these girls showed. They earned this victory," Barba said.

DELANO — Hanford was knocked out in the first round of the Division IV playoffs on Tuesday when they lost 6-0 to No. 4 seed Chavez.

The 13-seed Bullpups went to the playoffs for the first time in four years, but ended the season losing their last four games. They end the season 7-16 overall and 1-9 in the West Yosemite League.

LEMOORE — Kings Christian ended the season on a positive note with a 49-40 home victory over Summit Charter Collegiate Academy on Thursday.

Crusaders guard Laci Rose posted a double-double with 23 points and 10 rebounds. She was two steals short of a triple-double with eight.

Kings Christian finishes the season 8-14 overall and 5-5 in the East Sierra League.

The Hanford girls soccer team poses after defeating Righetti 1-0 in the first round of the playoffs at the Neighbor Bowl on Tuesday.