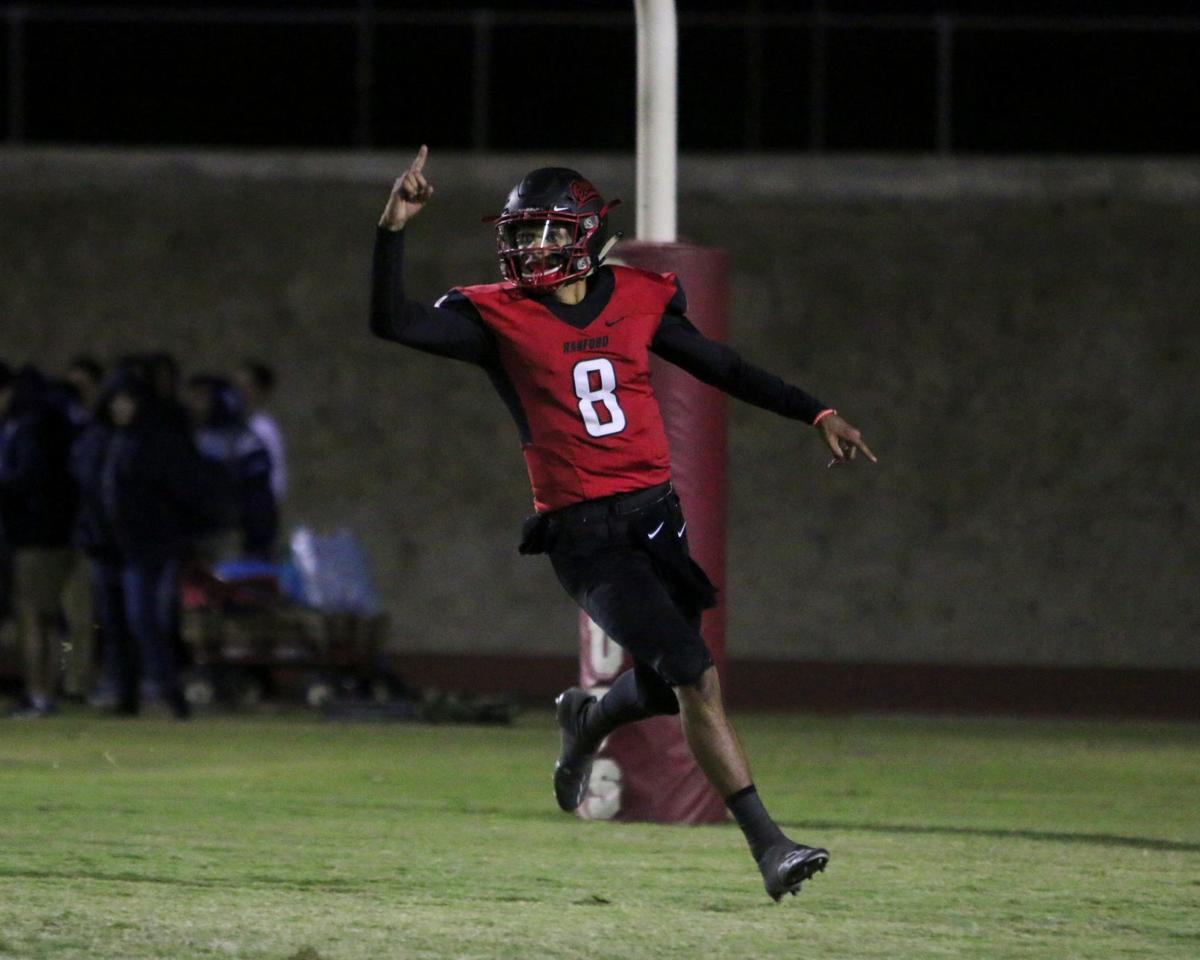 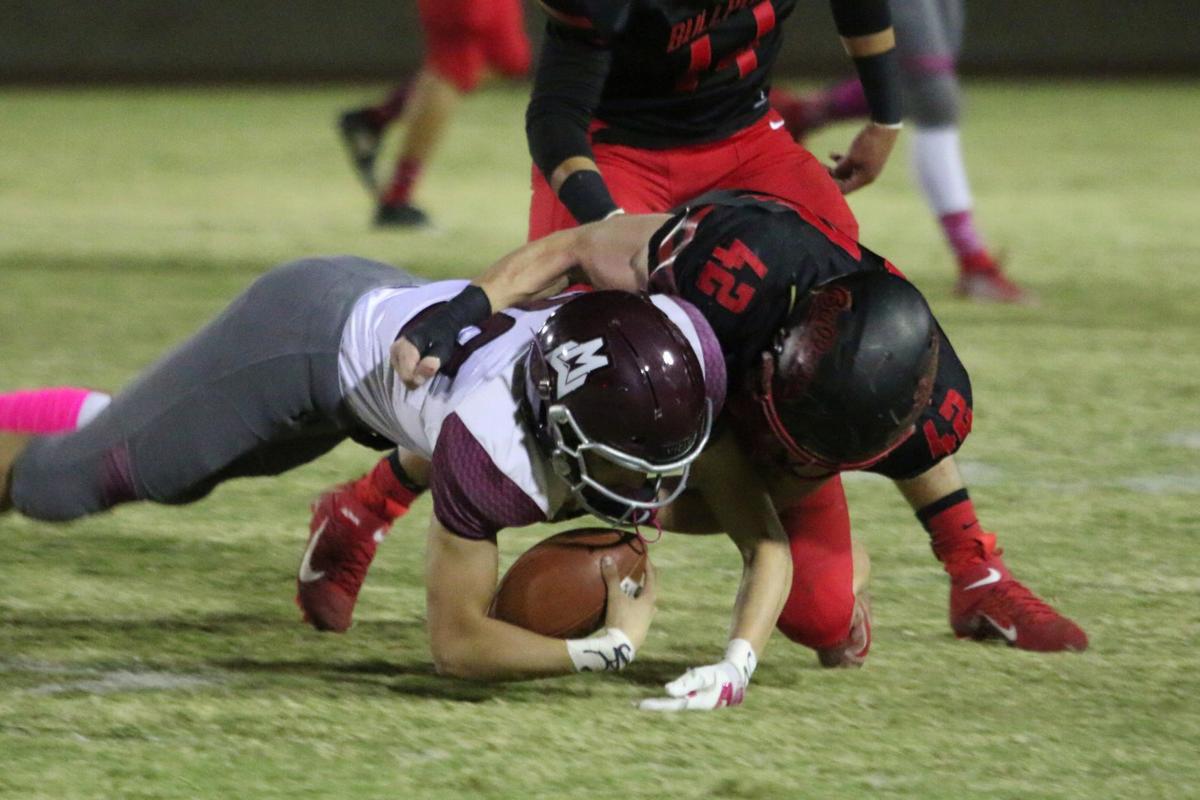 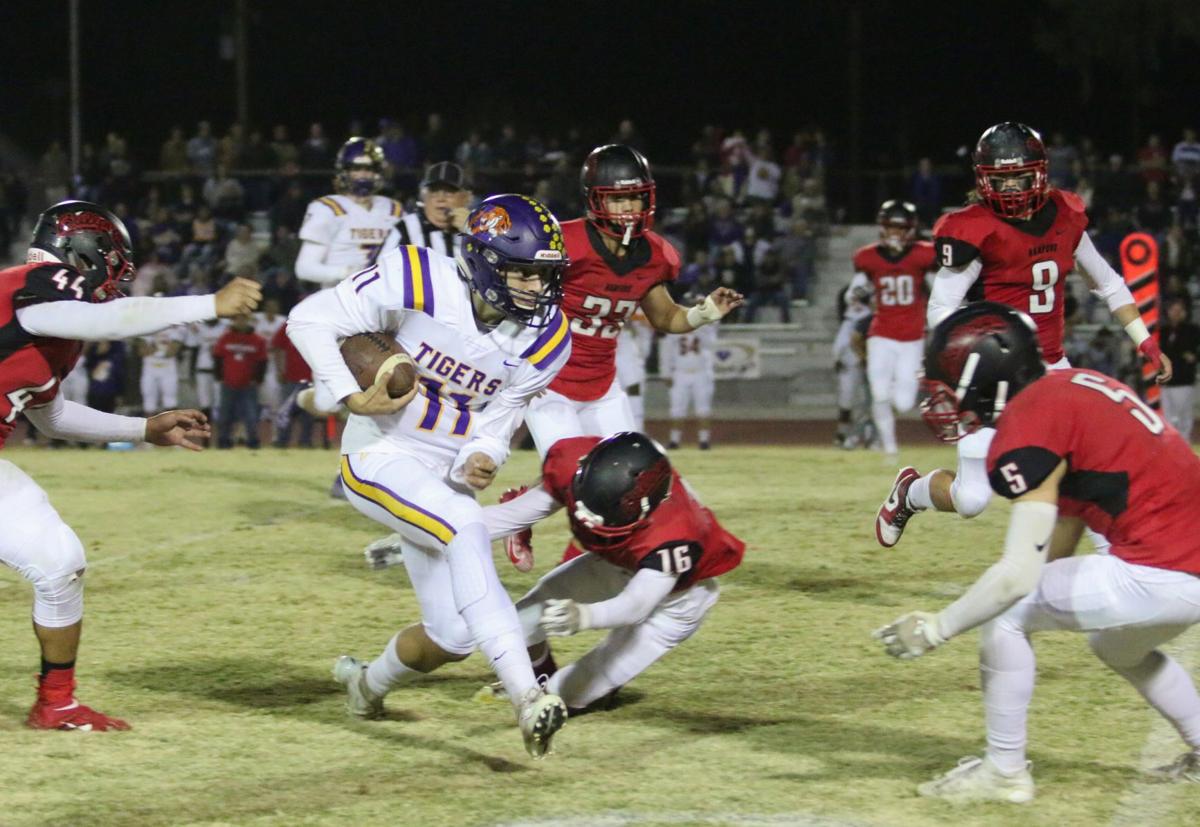 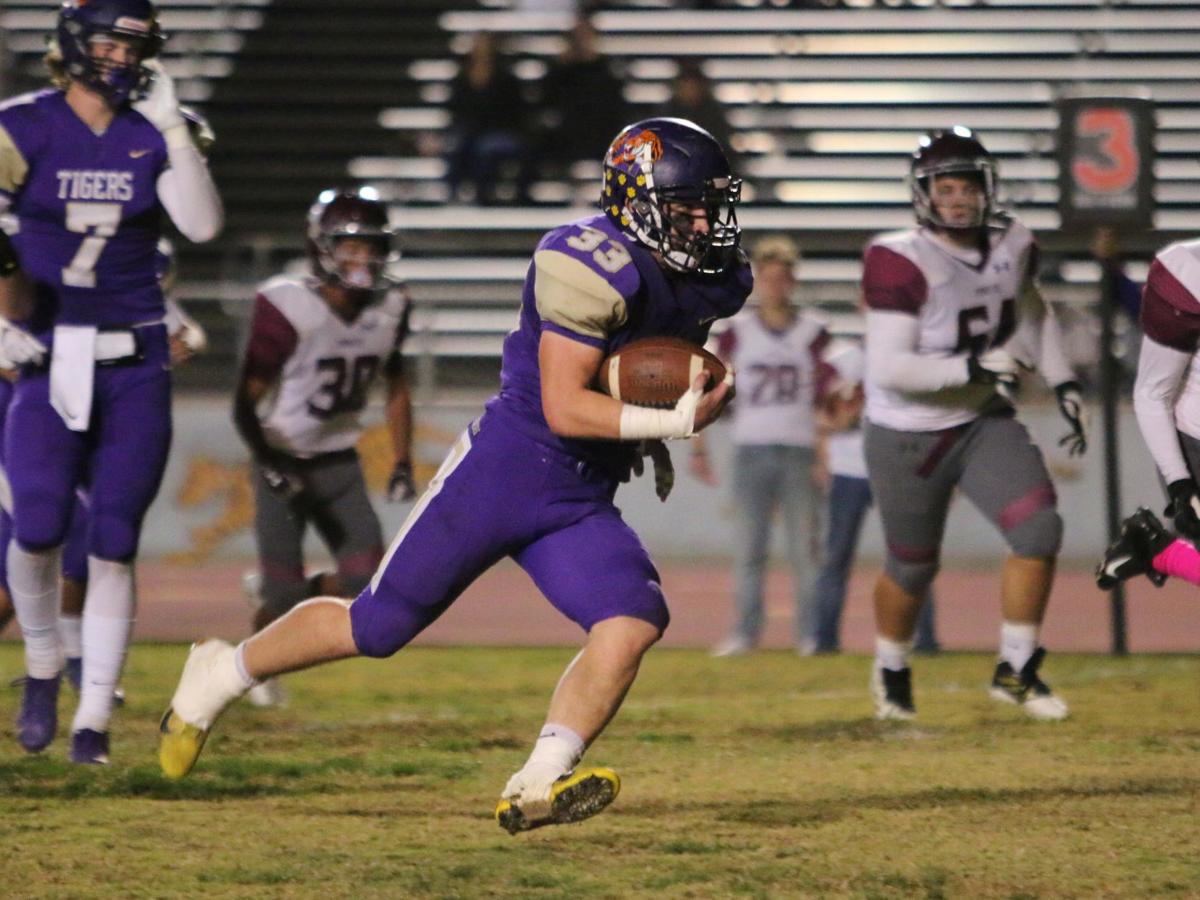 In this Oc. 25, 2019, Sentinel file photo, Lemoore running back William Kloster runs 15 yards for a touchdown during the first quarter of a West Yosemite League game against Mt. Whitney at Tiger Stadium.

In this Oc. 25, 2019, Sentinel file photo, Lemoore running back William Kloster runs 15 yards for a touchdown during the first quarter of a West Yosemite League game against Mt. Whitney at Tiger Stadium.

After another outstanding season in the West Yosemite League, Hanford repeated as the league champions with a perfect 5-0 record. It was the first time the Bullpups won back-to-back league titles since the 1934-35 seasons.

The Bullpups led every WYL team with 11 First Team selections, including winning the three biggest honors of the year.

According to MaxPreps, Watts-brown was third in the WYL with 714 passing yards and second with 10 touchdown passes. His 60.2% completion rate was third best among quarterbacks with at least 50 pass attempts and his two interceptions were tied for second-fewest.

Watts-brown said working towards the team’s goal of winning a Valley championship is what pushed him to elevate his level of play.

“That really pushed me and my offensive line and the receivers catching the ball, running backs getting us first downs whenever we needed it, and the defense putting the ball in our hand,” Watts-brown said.

The dual-threat signal-caller was also eighth in rushing with 257 yards on the ground, including four touchdowns.

Mello was sixth in league with 38 tackles (21 solo) and had two sacks. The bruising linebacker was the leader of the defense and helped limit WYL opponents to a league-best 16.2 points per game.

Brosseau was just as important on defense by limiting the run and making 24 tackles (13 solo), including a league-leading nine for a loss. He also had one sack and caused a fumble.

“We had a really good team and it was a really good group of guys that I would love to play with again if I could,” Watts-brown said.

The Tigers had a remarkable turnaround and went 3-2 in league finished in third place this season, a year after finishing 0-5 and in last place. Lemoore had eight players make First Team and 10 make Second Team and Honorable Mention.

William Kloster made First Team as a linebacker and led all defensive players with 52 tackles and had a third-best 30 solo tackles.

Lemoore’s Will Schalde (tight ends) and Chris Taylor (wide receivers) both made First Team and were one and two in league. Schalde had a league-leading 506 yards, while Taylor led with 28 receptions. Schalde caught 27 passes and Taylor had 399 yards and the two combined for seven touchdowns.

Koy Davis and Zack Alves were voted to Honorable Mention.

SAVE on your first 3 months! Join today