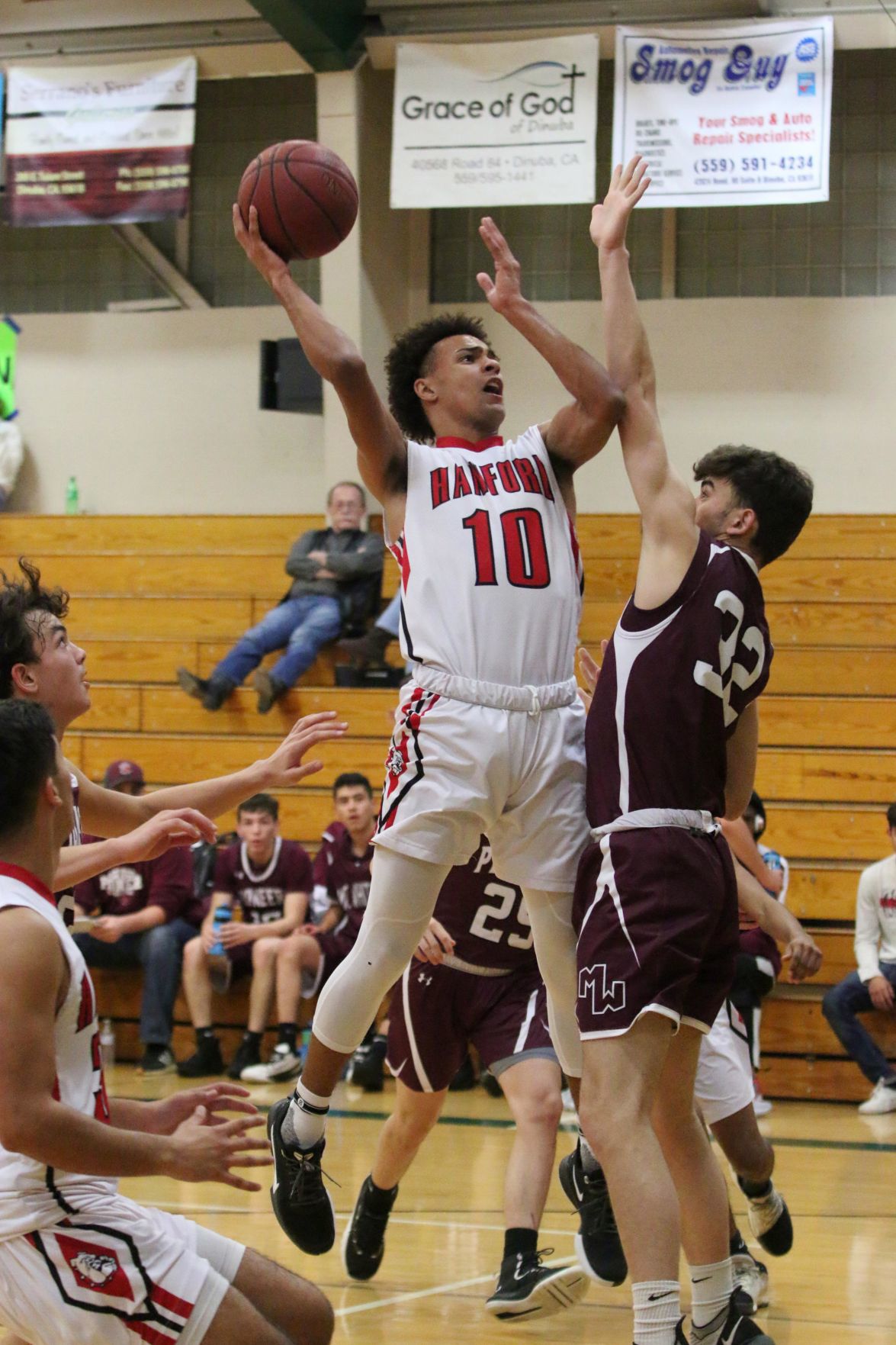 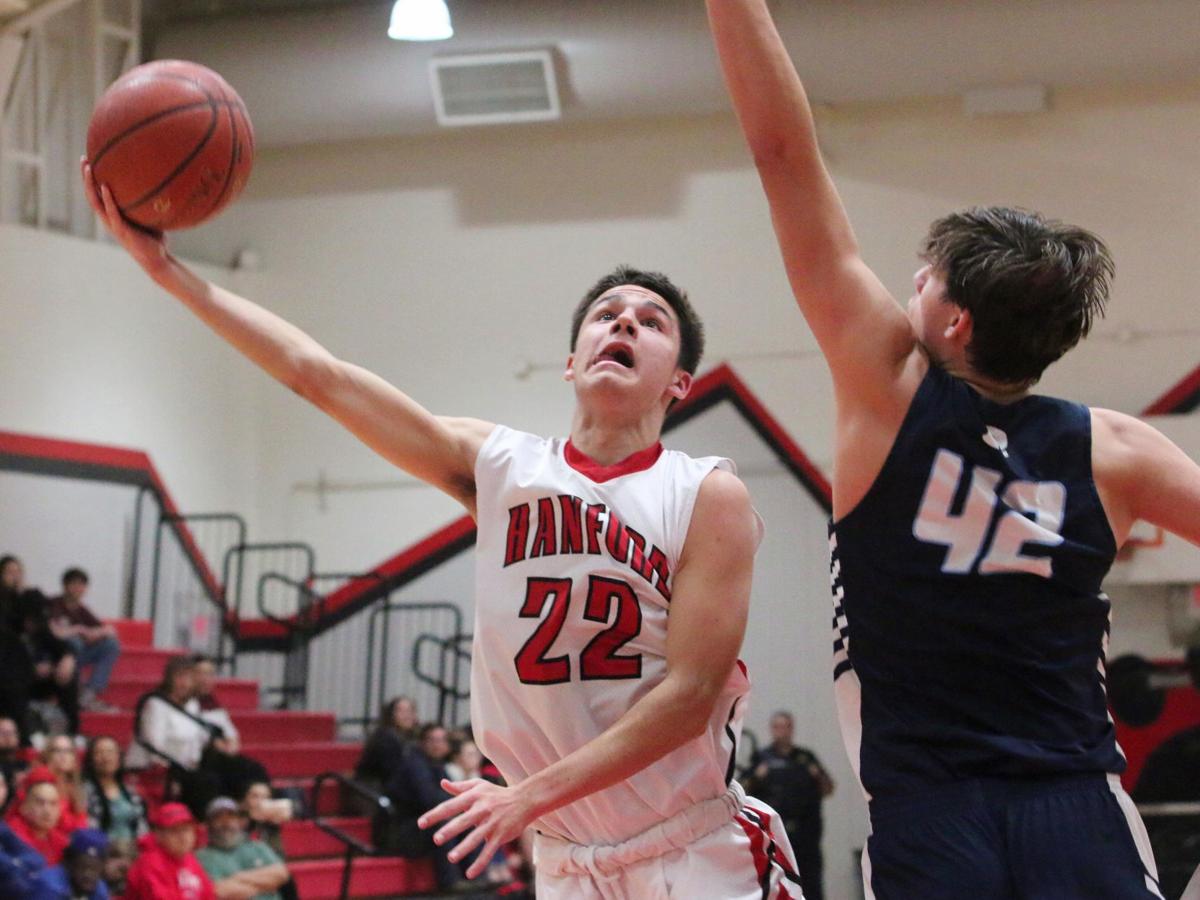 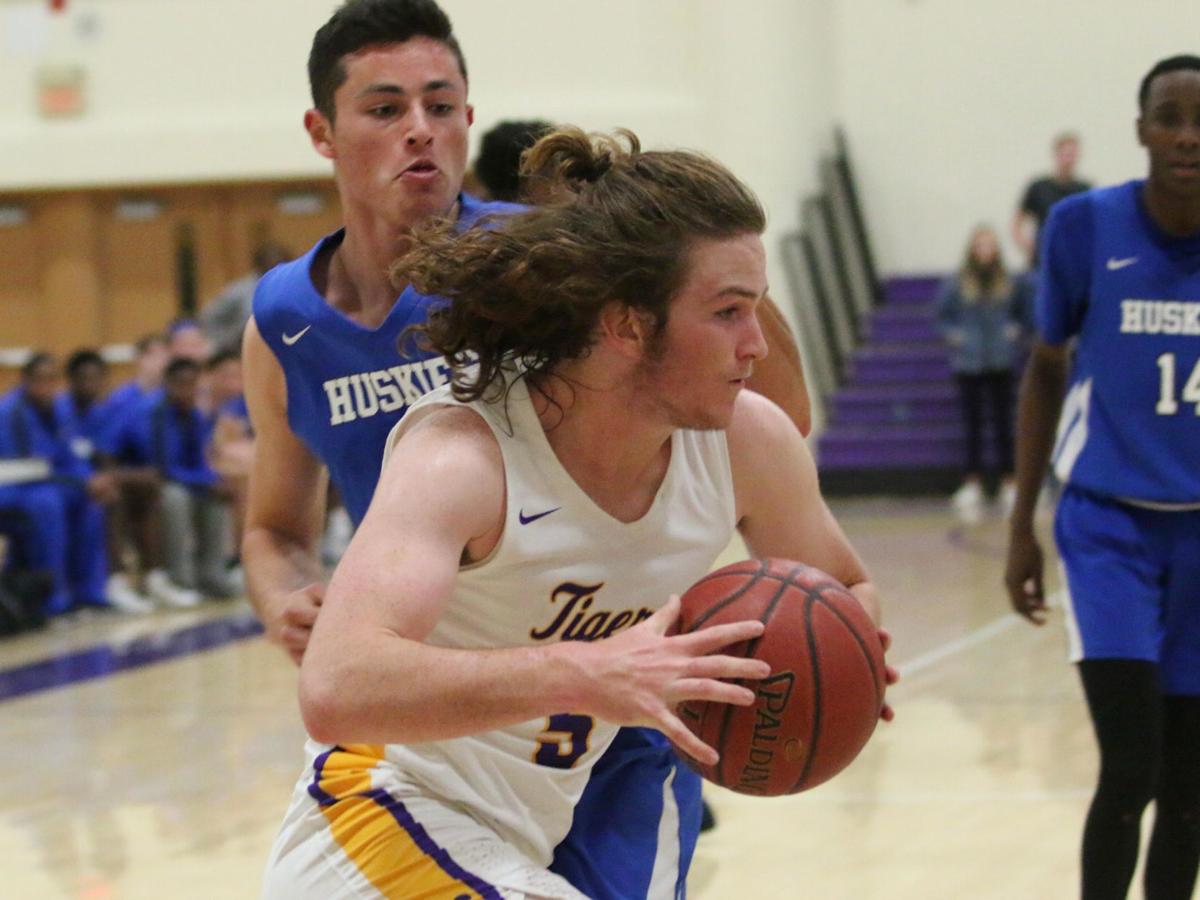 With the fate of spring sports firmly decided, here is a last little bit to savor with the All-West Yosemite League boys basketball teams.

This season, Hanford (14-14, 7-3 WYL) claimed a co-WYL championship and finished tied with Redwood with a league record of 7-3. It was the Bullpups’ second league title in three seasons.

With the two teams being co-champions, the top awards ended up being the same. Hanford’s Juaron Watts-brown was voted the co-Player of the Year along with Redwood’s Malachi Aguilar. Hanford coach Brad Felder was voted co-Coach of the Year and so was Redwood’s Jason Black.

“It was pretty cool honestly knowing that after being a player on varsity for four years that I earned that reward,” Watts-brown said. “I appreciate Felder for pushing me and making me better to enable me to get that award and my team around me.”

The Bullpups don’t provide statistics on MaxPreps, but in the WYL-clinching game against Lemoore, Watts-brown scored a game-high 24 points and helped Hanford edge out a 65-64 victory for the league title.

Watts-brown detailed how winning the league championship was the best part of the team’s season because of how they started. The Bullpups struggled to a 1-4 record to begin the season and were 5-10 after the preseason, including a season-high six-game losing streak.

“We had a pretty young team and I think stepping up and taking that role as leader of the team and pushing everybody to their ability, I think it made me more successful,” Watts-brown said. “When they were playing well, it made me play even better. When they were smiling, I was smiling so it really translated.”

The Bullpups turned their season around and won eight of their next 11 games and earned a playoff berth for an eighth season in a row.

“Us winning [the WYL championship] really surprised a lot of people because nobody thought that we were going to even maybe get top three,” Watts-brown said. “Our team worked hard each day, came to practice day in and day out, worked as hard as they could to step up and be the team that we could actually be instead of the team that we were in preseason.”

Hanford would go on to the CIF Division II quarterfinals as the No. 12 seed and upset No. 5 seed Fresno 79-72 on the road in the first round. They eventually lost to No. 4 seed San Luis Obispo 60-44.

It was the Bullpups’ first time in four seasons winning a playoff game after losing in the first round the previous three seasons.

Hanford also had Anthony Hernandez voted to the First Team, while Cristian Sotelo and Noah Noyola made the Second Team. Andrew Sullivan was voted to Honorable Mention.

One season after winning the league title and losing nine seniors, the Tigers (8-19, 4-6 WYL) finished tied for fourth place in the WYL with Golden West.

Lemoore finished with a -11 point differential in 10 league games and lost four of their final five league games. The Tigers missed the playoffs for the first time in three seasons.

Despite the down season, Lemoore’s Will Schalde was still voted to the First Team. Schalde averaged 10.5 points per game and 9.7 rebounds per game in league.

Lemoore’s Chris Taylor and Beunju Moon were voted to the Second Team. Taylor put up averages of 11.8 ppg, 5.2 rpg and 2.3 assists per game. Moon averaged 8.8 ppg and 2.3 steals per game.

The All-WYL selections for boys basketball included a total of 20 players. The awards are voted on by the coaches.

Player of the Year