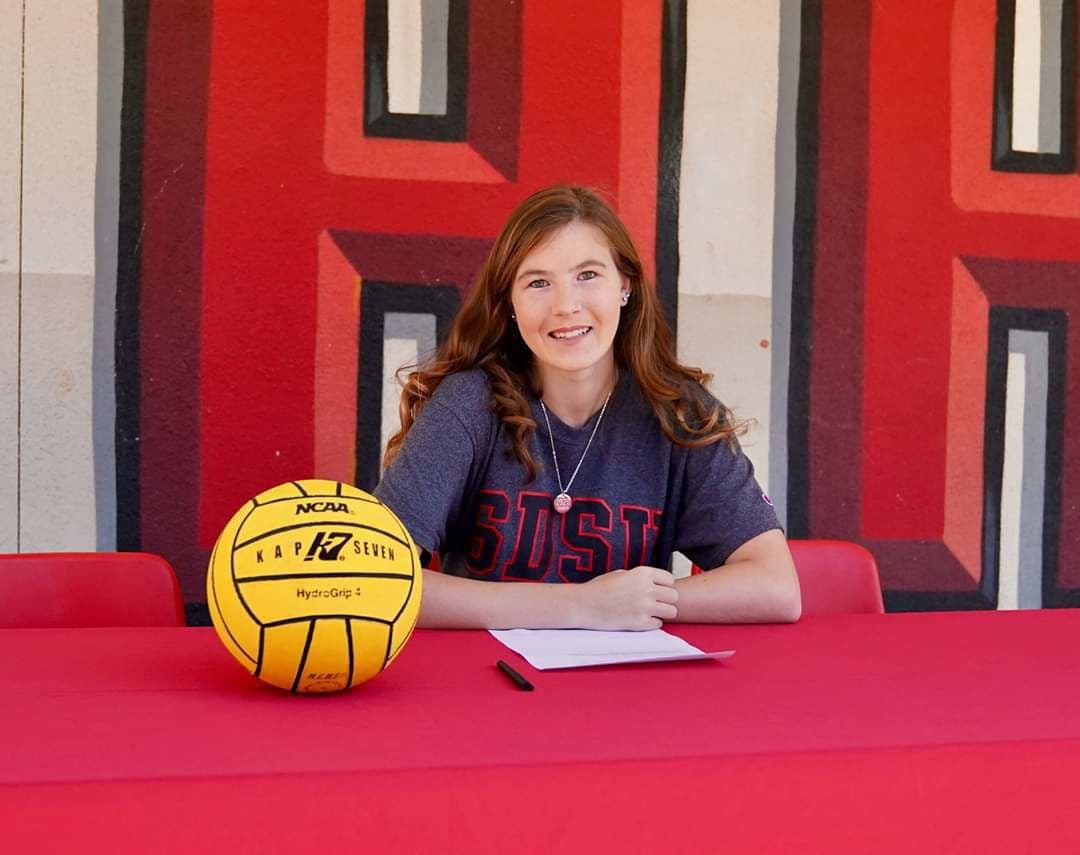 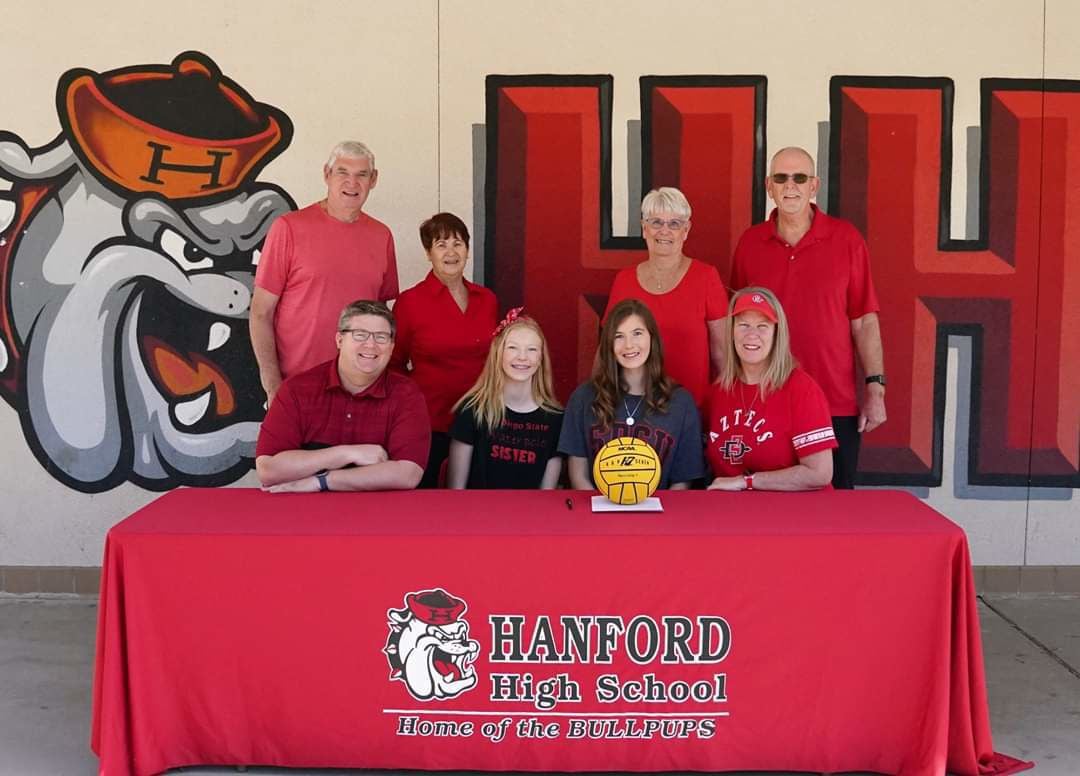 Hanford's Gwen Gardner poses with her family during her signing day at Hanford High School on Tuesday. 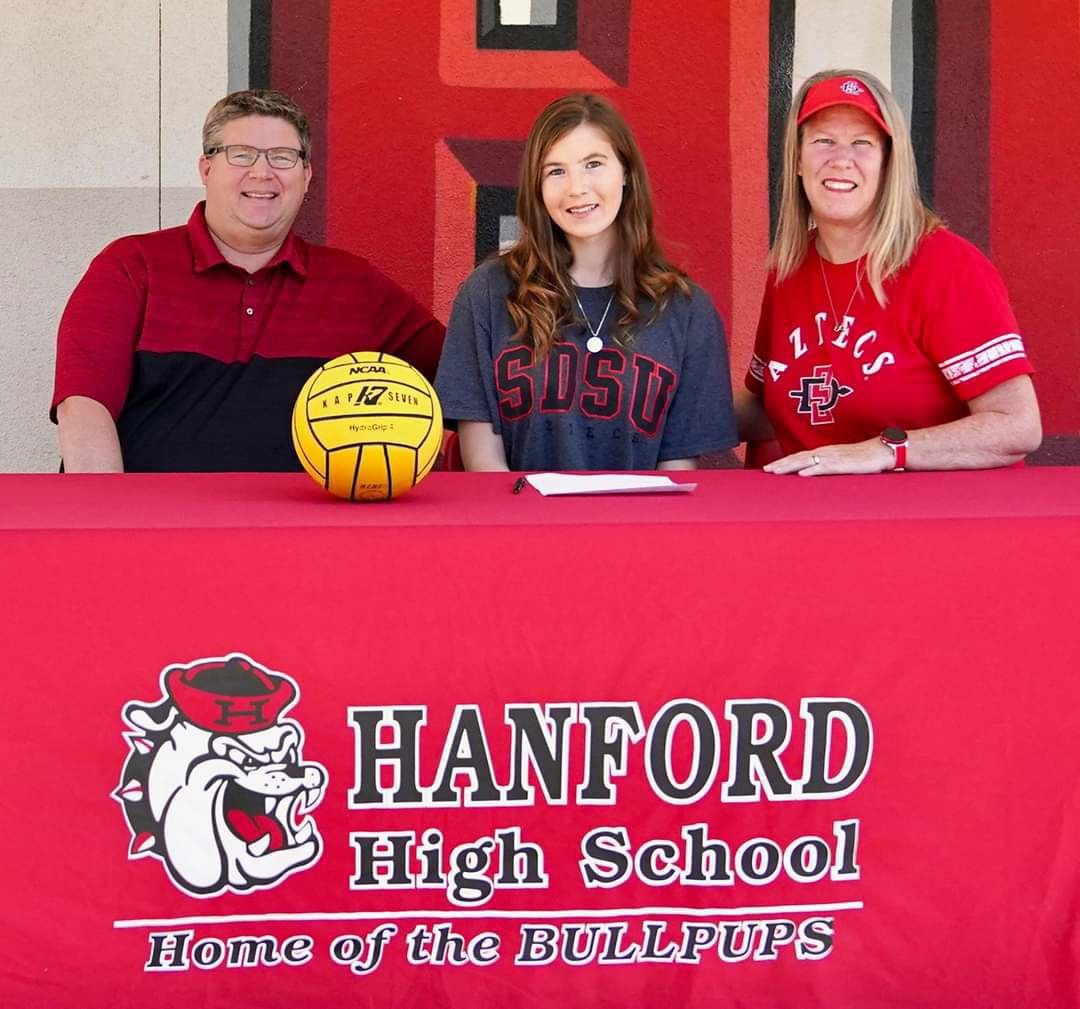 Hanford's Gwen Gardner poses with her parents during her signing day at Hanford High School on Tuesday.

The Bullpup will be attending San Diego State University. Her official visit was scheduled for March 17, but it was canceled due to COVID-19. Still, Gardner saw more than enough to sign on.

“I chose San Diego State because they had my major, zoology,” Gardner said. “I also was able to meet the team and watch them play a couple times and liked what I saw in the program. I'm really excited to be an Aztec and play water polo for SDSU.”

Gardner left her mark when she was in the cage, especially during her junior season in 2018.

That year, Gardner set the school’s single-season record for saves with 321 saves, according to MaxPreps. She also led the West Yosemite League with 114 saves and allowed five or fewer goals in seven out of 10 league contests.

“It’s kind of surprising,” Gardner said after the game. “I didn’t think I’d be able to do it, but I’m going to keep pushing it up and then I’m going to try and beat it again next year.”

This past season, Gardner finished with 237 saves, including 110 in the WYL, which led all goalkeepers again.

PARIS (AP) — Hassan N’Dam, former middleweight boxing champion of the world, wanted to repay the French hospital that cared for his father-in-…

NHL moves ahead with 24-team playoff format if play resumes

The NHL will abandon the rest of the regular season and go straight into the playoffs with 24 teams instead of 16 — if it is able to resume play.

Tokyo Olympics just beginning the race to reset themselves

BOSTON (AP) — Organizers canceled the Boston Marathon on Thursday for the first time in its history, bowing to the social distancing requireme…

Hanford's Gwen Gardner poses with her family during her signing day at Hanford High School on Tuesday.

Hanford's Gwen Gardner poses with her parents during her signing day at Hanford High School on Tuesday.