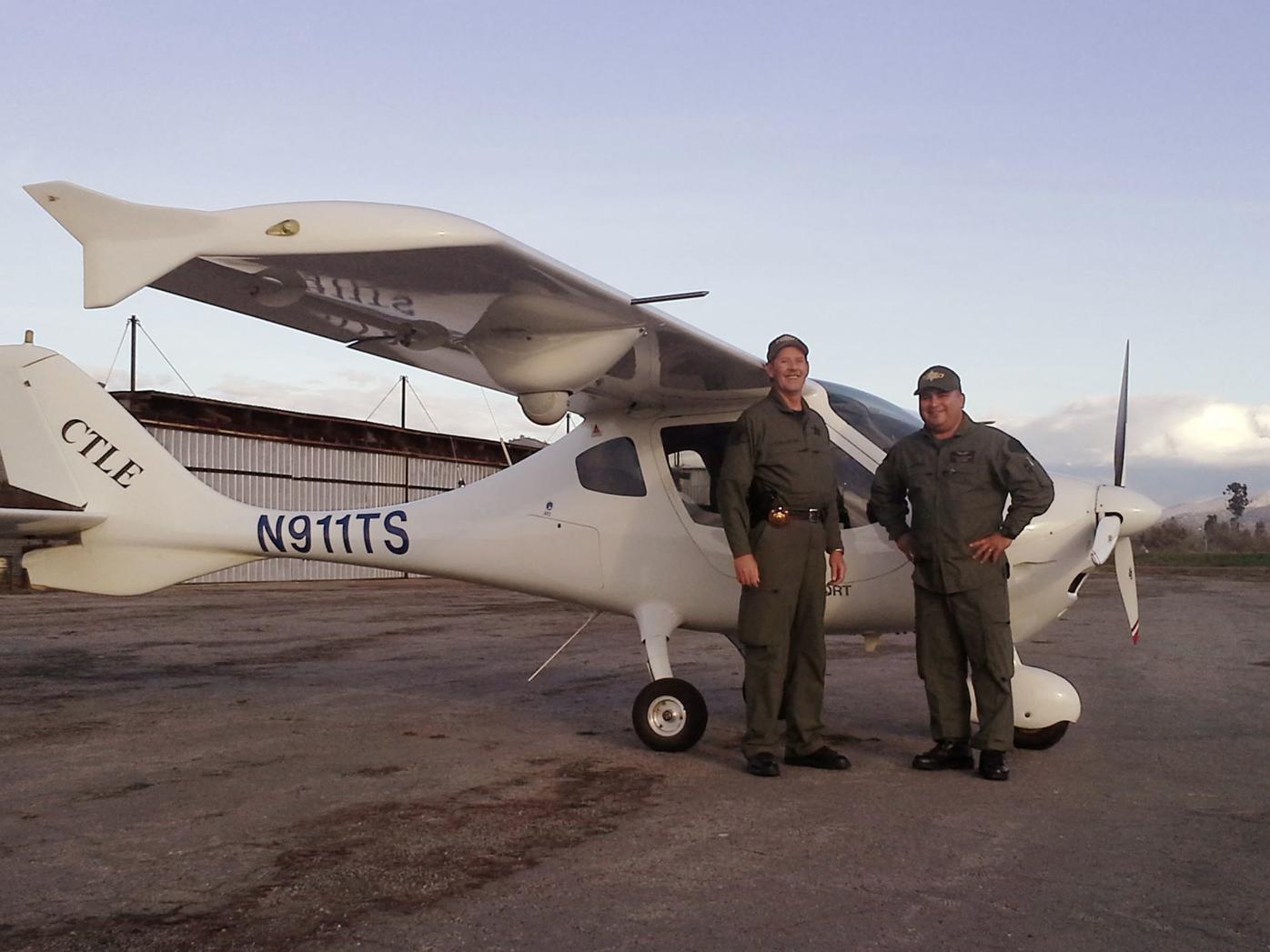 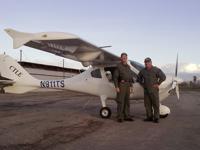 Sheriff's Deputy Scott Ballantyne and Sheriff's Pilot James Chavez pose for a photo with Sheriff One. The two men were killed today when this light sport aircraft crashed into the side of a mountain along Highway 190 near Lake Success just after 4 p.m. Feb. 10, 2016. 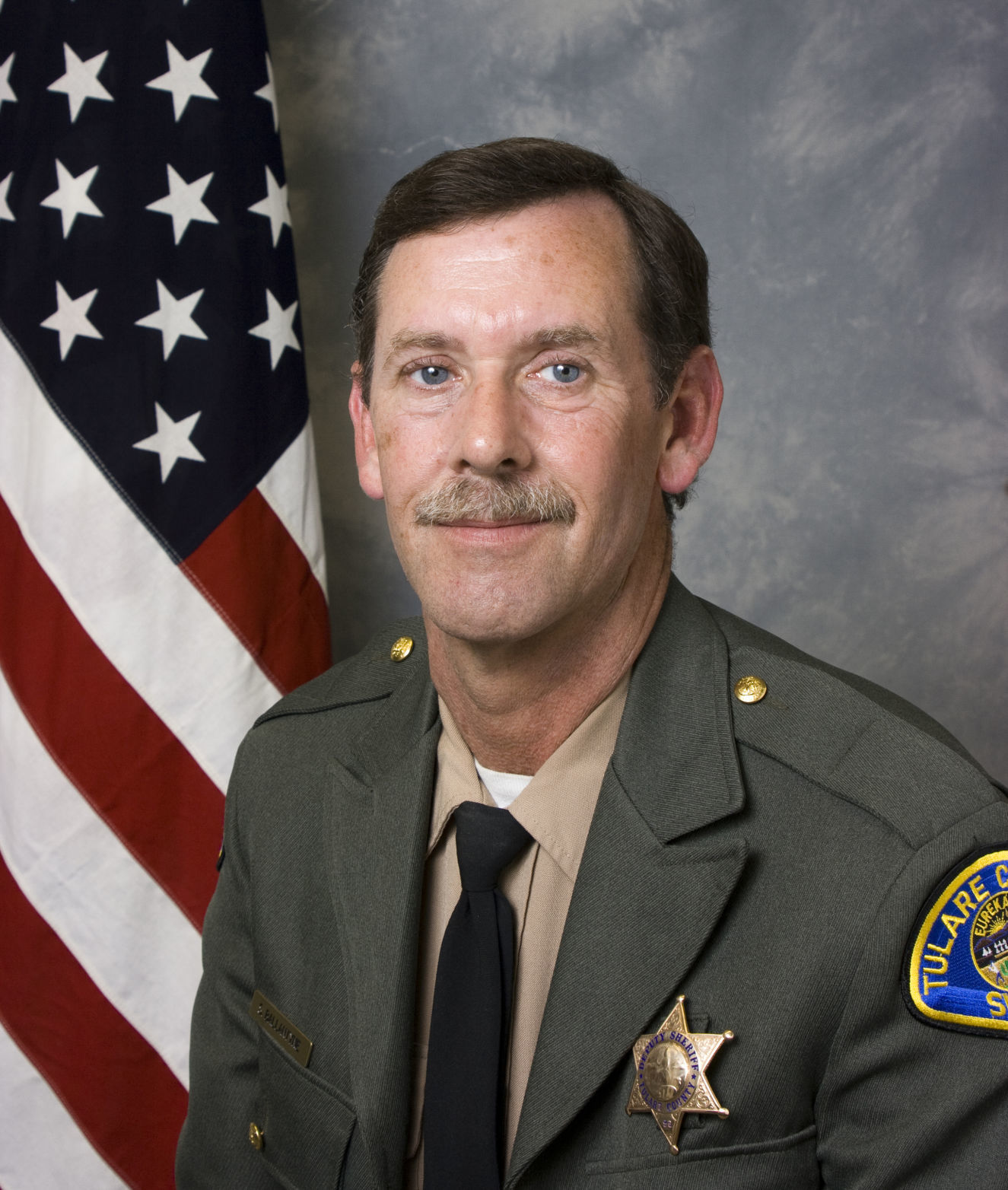 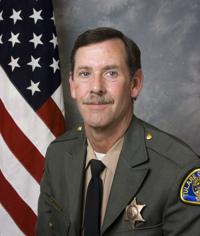 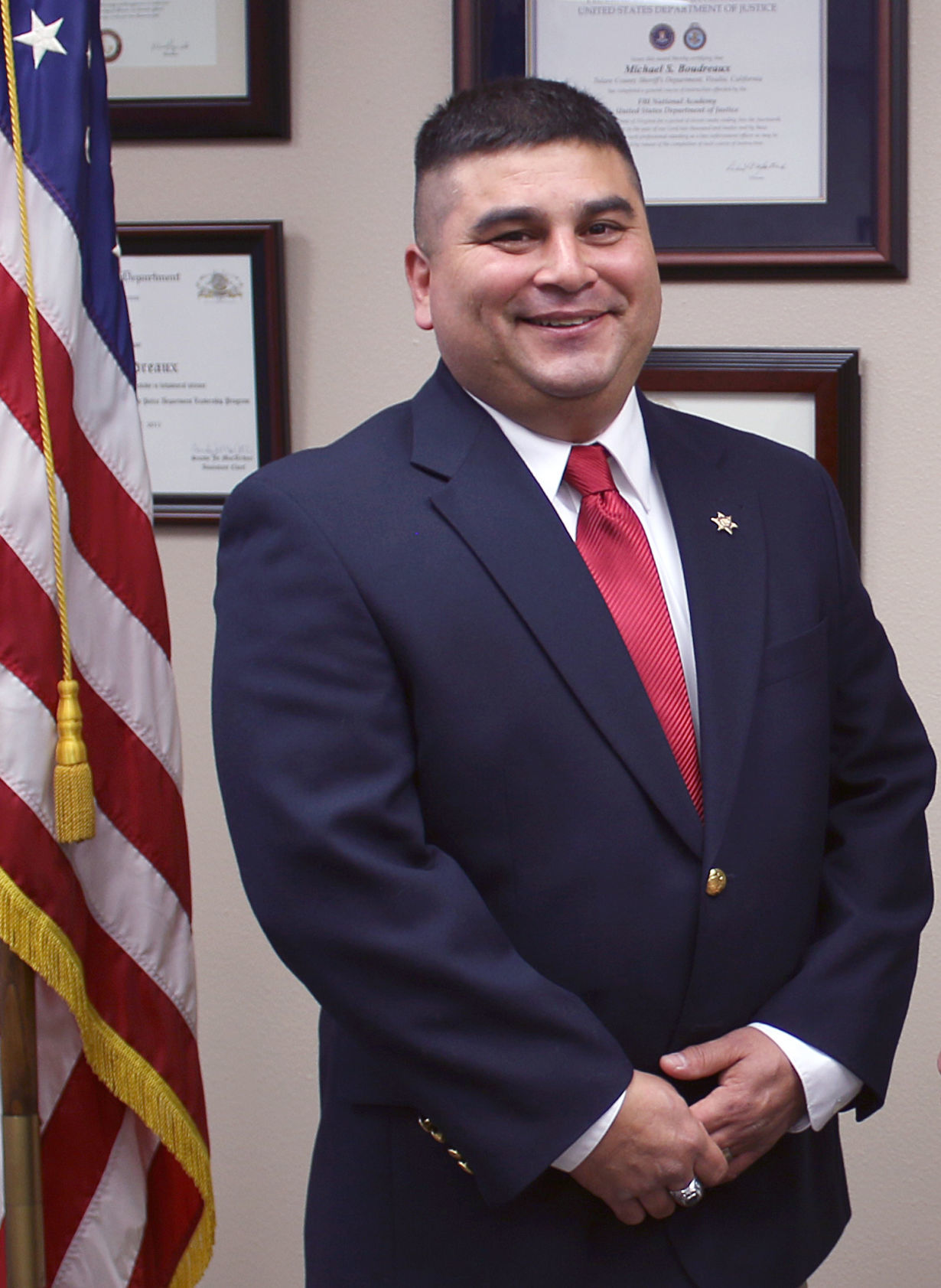 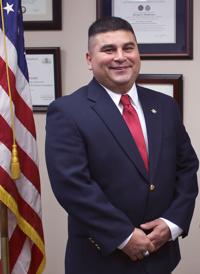 Sheriff's Pilot James Chavez poses for a photo with Sheriff Mike Boudreaux following Chavez's swearing in ceremony in January of 2015. Chavez was killed Feb. 10, 2016 when the plane he was flying, Sheriff One, crashed into a hillside near Lake Success.

Sheriff's Deputy Scott Ballantyne and Sheriff's Pilot James Chavez pose for a photo with Sheriff One. The two men were killed today when this light sport aircraft crashed into the side of a mountain along Highway 190 near Lake Success just after 4 p.m. Feb. 10, 2016.

Sheriff's Pilot James Chavez poses for a photo with Sheriff Mike Boudreaux following Chavez's swearing in ceremony in January of 2015. Chavez was killed Feb. 10, 2016 when the plane he was flying, Sheriff One, crashed into a hillside near Lake Success.

“The Deputy Scott Ballantyne and Pilot James Chavez Memorial Highway is one that I wish never existed. Three years after that tragic day, we all still mourn the loss of two very dedicated and talented men. It’s a reminder of the dangerous job the men and women of the Tulare County Sheriff’s Office do day in and day out. Although this Highway dedication doesn’t bring our heroes back, it is a way for us to honor them and the ultimate sacrifice they made,” he said.

People came from across the country to attend the unveiling ceremony which took place at Lake Success. A moment of silence was observed at 4:15 p.m. at the time of the crash.

Two brand new signs mark the Memorial Highway on Highway 190 near Lake Success, located above and below the hillside where the crash took place. The signs were installed Friday and were covered up until Sunday.

The Ballantyne Chavez Memorial Highway occupies the 4-mile portion of California State Highway Route 190 between its intersection with Pleasant Oak Drive and just south of HQ Drive, between postmile 22.53 and postmile 26.53.

In September of 2017, Sergeant Javier Martinez, who serves as president of the Tulare County Deputy Sheriff’s Association, began the process of getting a memorial highway named in honor of Deputy Ballantyne and Pilot Chavez. He worked with Assemblyman Devon Mathis to get it passed through the state and with KRC SAFETY Co., Inc. to have the signs made.

The cost for the project, estimated at $30,000, including the signs, installation and permits, was donated by KRC SAFETY.

Sheriff Boudreaux thanked the Deputy Sheriff’s Association and Assemblyman Devon Mathis for their hard work on this project as well as KRC SAFETY for its generosity.

On Feb. 10, 2016, Sheriff One had just cleared the scene overhead after assisting with the arrest of an armed suspect. It was a typical assignment, one that Deputy Ballantyne and Pilot Chavez had helped with many times before.

Previously with Sheriff One, Deputy Ballantyne and Pilot Chavez were able to locate a lost 3-year-old child, an Alzheimer’s patient, and spot fires and even interrupt burglaries in progress. They provided good safety for Deputies on the ground in the pursuit and apprehension of criminals.

Deputy Ballantyne greatly enjoyed working as a Tactical Flight Officer. As a sworn Deputy, he could be called to testify in court and he knew the county well. He loved working for the Sheriff’s Office, Sheriff Boudreaux said.

“He loved wearing the badge,” he said. “This was his passion.”

Deputy Ballantyne lived in Visalia most of his life. He is survived by his mother, Jean Ballantyne; his brother, John Ballantyne and his wife, Stacy, and their two daughters, Ashley and Hayley Ballantyne; his sister, Mary Benson, and her husband, David; his sister, JoAnn Coleman, and her husband, Dennis, and her daughter, Shannon Moore; and his Aunt Marylin and Uncle William Silveira, a retired Tulare County Superior Court Judge, and their two children, Amy Silveira and Matthew Silveira and his wife, Leslie.

James Chavez had extensive flying experience. As a civilian, he flew private aircraft and commercial aircraft.

As a U.S. Navy Officer, he served as a Maintenance Officer aboard the USS Abraham Lincoln during a 1998 overseas deployment.

In 2005, he transferred to the Army National Guard and became a Blackhawk helicopter pilot. Chavez flew many Blackhawk missions and earned the Bronze Star Medal and Combat Action Badge during a deployment to Iraq in 2010-2011.

Pilot Chavez lived in Hanford. He is survived by his wife, Melissa “Missy” Chavez and their two children, Jayleen and Josiah.

Their legacy lives on

In 2016, the Sheriff’s Office was devastated by the crash of Sheriff One and the loss of Deputy Ballantyne and Pilot Chavez. But with resolve, the Sheriff’s Office has become stronger and even more committed to the service and protection of the people of Tulare County through aerial support.

In 2017, Sheriff Boudreaux unveiled two new Cessna airplanes which were paid for with insurance money from the plane crash and operational budget savings. The two aircraft provide safety to the men and women in uniform on the ground and a safer community for Tulare County.

“The population of Tulare County has grown big enough that it demands the need for aerial support for law enforcement and to increase the safety of our communities and to protect our agricultural partners,” Sheriff Boudreaux said.

The Sheriff’s Cessna 206 aircraft is named Tribute in honor of the fallen, specifically Ballantyne and Chavez.