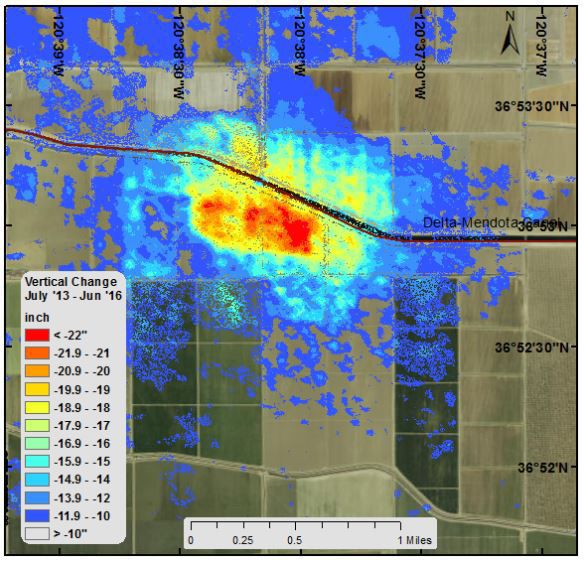 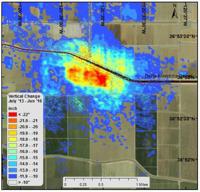 Radar imagery of subsidence along the Delta Mendota Canal. 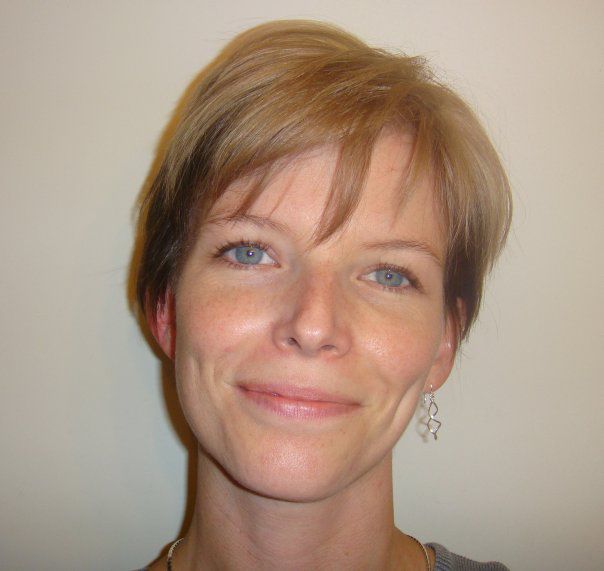 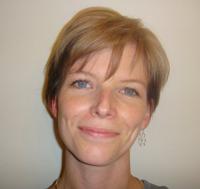 California’s water challenges are clearly overwhelming. Drought, failing infrastructure, or questions about management alone are daunting, let alone all three at once.

During times of drought, farmers and other landowners turn to groundwater to supplement surface water supplies. Until recently, this usage was generally unregulated in California, and individuals often pumped as much as they needed, perhaps unaware of the effect it could have if everyone did the same. Pumping groundwater is a private property right, and landowners, quite reasonably at the time, built farms and business plans on the assumption that the groundwater would always be available.

In 2016, NASA’s GRACE satellite verified that aquifers all over the world are being depleted. Normally, over time, aquifers refill with rainfall, snowmelt, and floodwaters, but due to increased use, combined with droughts that dry up surface water, more than half of our nation’s aquifers have not been refilling during the last decade. They’re like a bathtub with the drain pulled and the water on, except the drain is much bigger than normal and the water flow much slower. In short, the tub drains faster than it refills.

One of the most telling cases is in California’s Central Valley. Decades of groundwater pumping has caused the land to sink, a phenomenon known as subsidence. Sometimes when the land sinks, or compacts, it becomes irreversibly denser, and can’t hold water like it did previously. The result can increase surface flooding and permanently reduce aquifer capacity.

To make matters worse, another problem has cropped up: the impact of subsidence on infrastructure. California has an extensive network of man-made aqueducts, canals and pipelines, many of them located in fertile agricultural valleys where some of the highest groundwater pumping rates occur. Data reveals that some irrigation wells – and high rates of subsidence – are located perilously close to water conveyance infrastructure.

NASA satellite radar maps measured rapidly sinking land in the San Joaquin Valley along the Delta Mendota Canal, which delivers 3 million acre-feet of water per year to downstream agricultural, municipal, industrial, and environmental uses. A large 400 GPM irrigation well sits near this area – and as the land subsided 2 feet, the water in the well dropped 100 feet. Are they causally linked?

Did that irrigation well contribute to the subsidence? If the land is subsiding 2 feet in 3 years, and it is due to groundwater depletion, how is groundwater pumping to be managed so that the Delta-Mendota Canal doesn’t rupture and fail to deliver 3 million acre-feet of water to others who depend on it, not to mention the cost to repair it? The irrigation well owner was operating perfectly legally. What recourse does the well owner have to recover any lost water supply or, due to well-deepening costs, has this well owner’s supply just become more expensive, perhaps due to others’ pumping?

Someone will have to answer these questions soon. Pursuant to the new Sustainable Groundwater Management Act, any area deemed high or medium priority for groundwater management, yet not covered by a Groundwater Sustainability Agency (GSA) by the end of June 2017, will be managed by the state. The area above is located just outside the bounds of a new GSA and is in a high priority management area. With so much groundwater being pumped in the San Joaquin Valley, there are likely to be more cases like this. Groundwater regulation may not be a pleasant prospect, but it’s got to be better than a busted canal. Pumpers and groundwater management stakeholders must take advantage of available data now to better plan for the future.

Thank you! You've reported this item as a violation of our terms of use.

Error! There was a problem with reporting this article.

This content was contributed by a user of the site. If you believe this content may be in violation of the terms of use, you may report it.