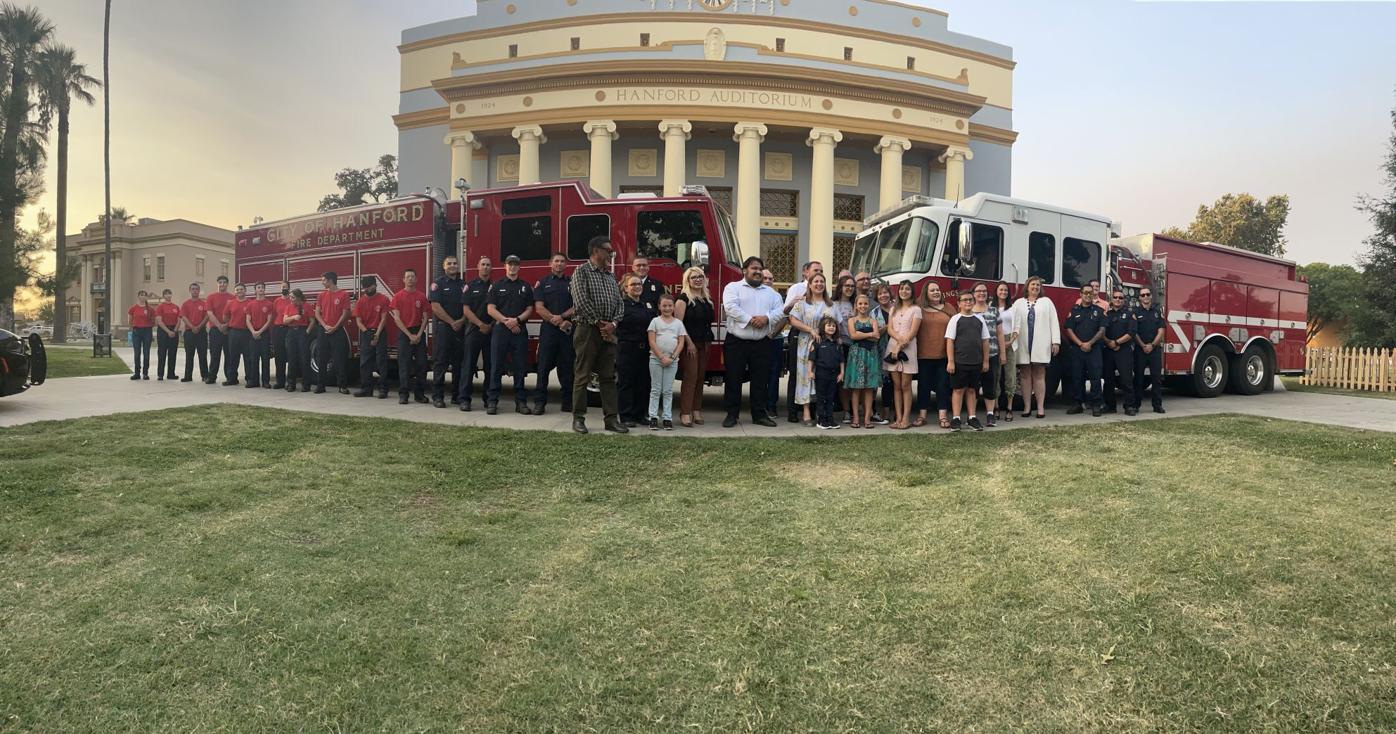 Penny Saltray, 7, was sworn in Tuesday to the Hanford and Kings County fire departments as an honorary firefighter. 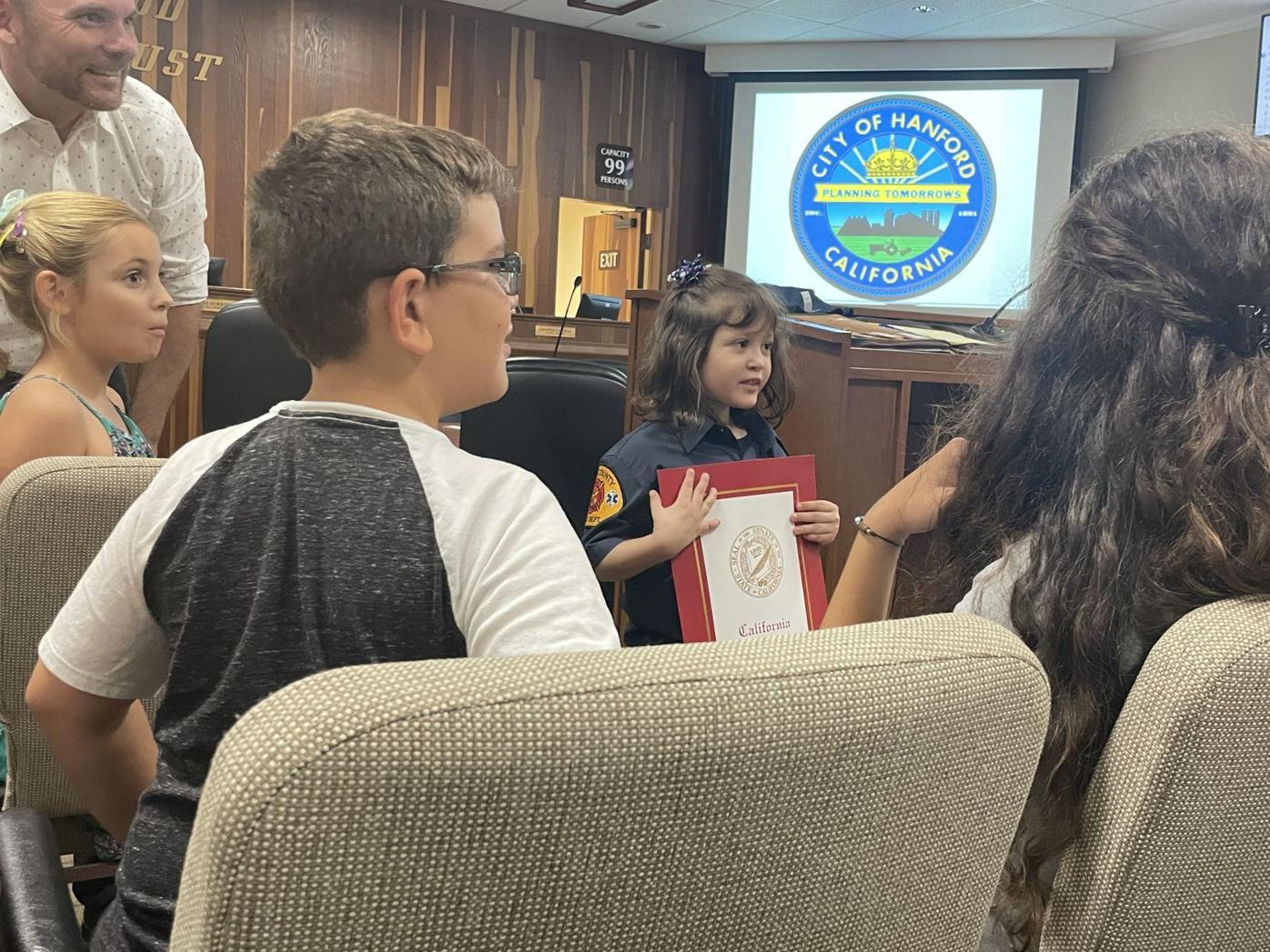 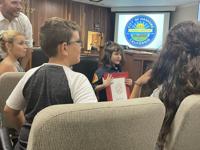 Penny Saltray speaks to the crowd at a council meeting where she was sworn in as an honorary firefighter. 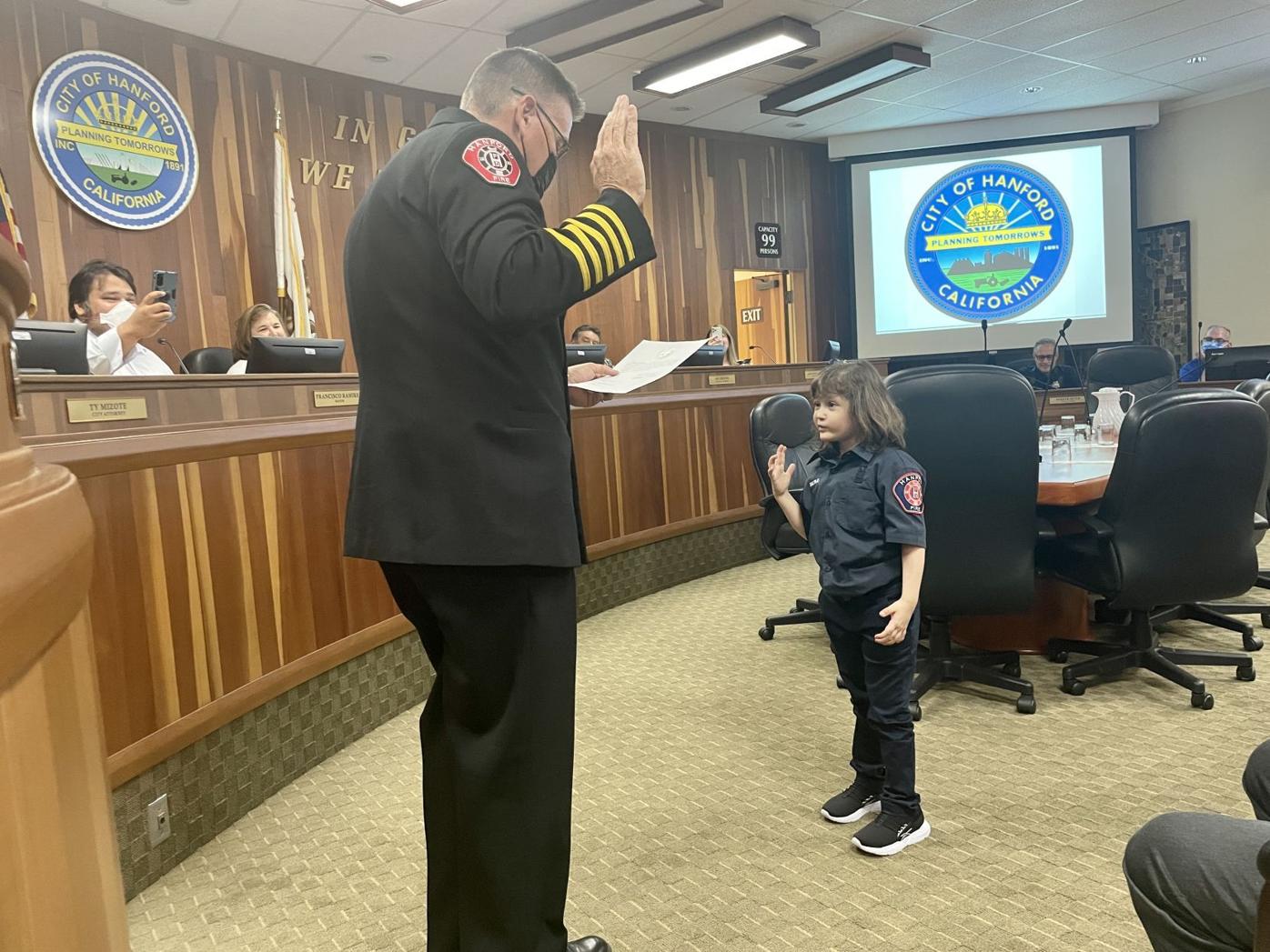 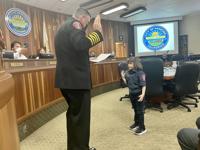 Kings County and the City of Hanford swore in an honorary firefighter on Tuesday, a 7-year-old girl whose rare diagnosis will keep her from her dream career.

Penelope "Penny" Saltray, daughter of Councilwoman Amanda Saltray, was sworn in as an honorary firefighter twice on Tuesday, and received a number of firefighter helmets, garments, badges and proclamations from the City and County, as well as three state and federal representatives.

“This was my dream all along and my dream has come true by the firefighters,” Penny said during her Hanford swearing in.

The process started when Hanford Fire Department Chief Steve Pendergrass met Penny, who loves firefighters and wanted to become one, and told her if she worked hard she could become one.

Amanda Saltray said Pendergrass didn't know at the time the challenges Penny faces, which are rare, numerous, deadly and cannot be cured. Penny has spent many hours in hospitals having tests done, going through surgery and fighting for her life.

When Pendergrass learned that Penny will never be able to achieve that dream, her mother said he asked if he could do anything special. She said she thought that meant a tour of the firehouse, but it turned out to be Tuesday's recognition.

"She doesn't deserve the life she's been dealt, and for one moment on one day she got to experience something so good," Amanda Saltray said. "It's so amazing because she's such a beautiful little girl, with such a beautiful, bright spirit, no matter what happens."

Penny also received recognition from the offices of state representative Rudy Salas and state senator Melissa Hurtado, as well as a recognition read into record by Congressman David Valadao on the house floor, and again by a representative during her swearing in.

“It's not possible for Penny to be a firefighter, but this is our way around," Amanda Saltray said. "We got to see people come together, who don't always get along, and smile. She brought everyone together and brought peace. It's amazing. We're very thankful."

Penny will report to her station, Station 1, at 11 a.m. Friday morning to do a line up and be inspected. Pendergrass said the community is welcome to come and celebrate with their newest firefighter.