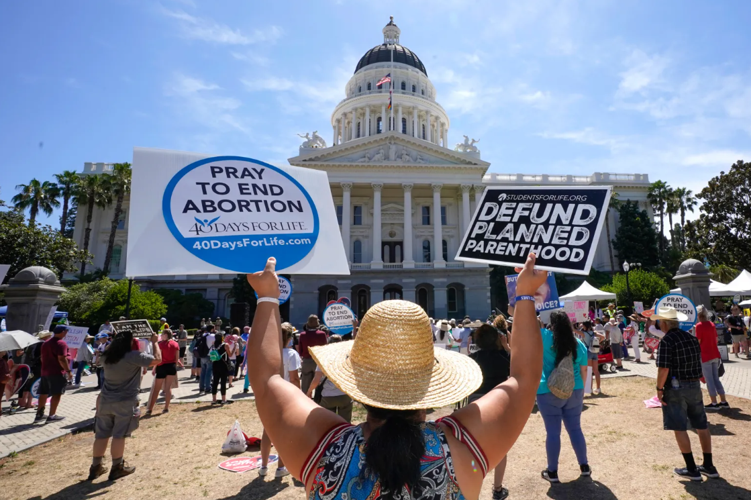 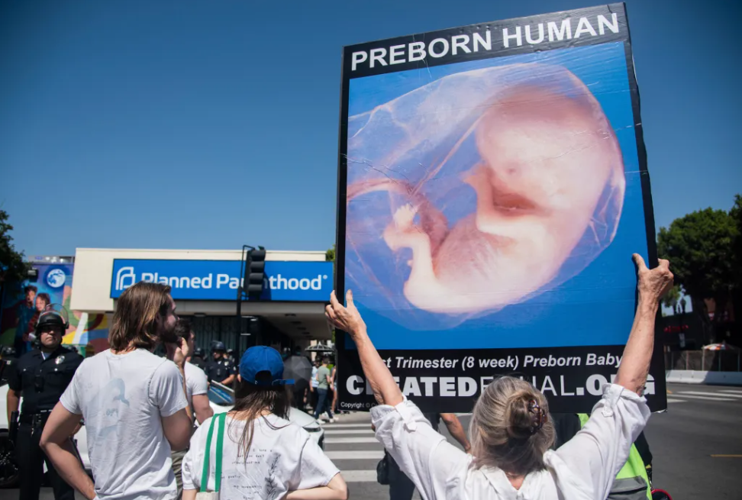 Proposition 1, the Nov. 8 ballot measure that would create an explicit protection for “reproductive freedom” in the California Constitution, is not written to expand abortion access into the final months of pregnancy and, despite warnings from opponents, legal experts say that is a highly unlikely outcome if it passes.

The simple yet sweeping language of the measure — “the state shall not deny or interfere with an individual’s reproductive freedom in their most intimate decisions” — has been a source of contention, even among some supporters of abortion rights, since it was introduced this summer.

If Proposition 1 fails, access to abortion in California would not change. But opponents warn in dire terms that, if it passes, the measure would override existing restrictions in state law, which limit the procedure after a fetus is considered viable, thereby permitting abortions up until the moment of birth.

Margaret Russell, a professor of constitutional law at Santa Clara University School of Law, said it is understandable to question whether Proposition 1 would expand abortion access, but its language must be considered in context.

Because proponents have been clear that their intent is simply to reaffirm the right to abortion in California, she said, a court would not realistically ignore that evidence and interpret Proposition 1 as allowing abortions for any reason at any time.

“This isn’t a bait-and-switch,” Russell said.

Why Proposition 1 is on the ballot

Proposition 1 is a response to the U.S. Supreme Court ruling in June that overturned Roe v. Wade and eliminated a constitutional protection for abortion nationwide.

That decision did not change access to abortion in California, where it is protected by state law and through a right to privacy in the state constitution.

But fearing that future lawmakers could change their minds, or that judges could follow the lead of the Supreme Court and reinterpret the right to privacy, Democratic politicians put Proposition 1 to voters. They argued that Californians need a stronger guarantee that they will not lose abortion access.

The opposition campaign, led in large part by the Catholic Church, has focused heavily on what’s not in Proposition 1 — any mention of limitations on abortion.

‘Tsunamis of the law’

A state law adopted in 2002, the Reproductive Privacy Act, lays out a “a fundamental right to choose to bear a child or obtain an abortion prior to viability of the fetus,” when it would be able to survive outside the womb without extraordinary medical intervention, as determined by the “good faith medical judgment of a physician.”

That is generally considered to be up to about 24 weeks of pregnancy. Beyond that, abortion is only legal in California if “necessary to protect the life or health of the woman.”

Christopher Bakes, a trial attorney who opposes Proposition 1, said the expansive text of the measure conflicts with the viability framework and is a stealthy way to legalize abortions after that point.

“If it didn’t intend that, then a sensible statute would have said so,” he said.

At a rally against Proposition 1 on the steps of the state Capitol in early October, Bakes called constitutional amendments “the tsunamis of the law. They overwhelm all in their path, eliminating any obstacles” because they take legal precedence.

He told CalMatters that vague wording in Proposition 1 could result in unintended consequences that would require the courts to step in and sort out the meaning, such as a father asserting his reproductive freedom and suing to prevent an abortion. Opponents may bring their own legal challenges if Proposition 1 passes to prevent abortions after viability.

“It could be collaterally attacked on federal constitutional grounds if, for example, a viable fetus is denied life, liberty or property without due process of law,” Bakes said in the interview. “There’s all kinds of angles.”

‘A kind of higher lawmaking’

Supporters of Proposition 1 dismiss this interpretation of the measure as fear-mongering and misinformation.

They point out that California already recognizes a constitutional protection for abortion, which has coexisted with statutory restrictions on the procedure for decades. Proposition 1 does not change that status quo, they argue, but simply enshrines that right to abortion into the California Constitution explicitly, so that a future court could not take it away.

At a virtual event hosted by the Proposition 1 campaign last week, Brietta Clark, an expert on health care law at Loyola Law School, said the text of the measure tracks with “fundamental right language” used by the California Supreme Court when it first recognized a right to abortion in 1969. That has been “interpreted to allow restrictions on abortion,” she said.

Cary Franklin, a constitutional law professor at UCLA School of Law and faculty director of the Center on Reproductive Health, Law and Policy, said the way Proposition 1 is written is not unusual.

While constitutional amendments generally lay out expansive principles, such as the right to bear arms, she said, they are not absolute. Legislatures fill in the details with laws that regulate those rights, such as age limits for purchasing guns.

Franklin and other experts said language about viability does not belong in Proposition 1 because limits on when an abortion can be performed are the type of detail that a Legislature should determine.

As circumstances change and more public health data emerges, our understanding of fetal viability changes, said Sofia Gruskin, a professor at the University of Southern California law school and director of the USC Institute on Inequalities in Global Health.

“That’s something that should happen at a lower, more procedural level,” she said. “That’s not a constitutional question.”

Russell, the Santa Clara University law professor, said that getting too detailed with the language of a constitutional amendment creates its own problems with interpretation.

“There is an argument that the more specific you get, people will argue that there are other things you need to mention,” she said. “Then it just becomes a vortex.”

In June, the California Constitution Center at UC Berkeley School of Law published an analysis of Proposition 1 that raised alarms about its sweeping language, calling it a “fatal flaw.”

David A. Carrillo, executive director of the center, initially believed that the text of Proposition 1 was too broad to accomplish its aims, comparing it to a “blank slate.”

“It’s the vagueness of just the bare text that opens the funnel of a dozen different judicial interpretations,” he said in an interview, including potentially permitting unrestricted access to abortion.

But a strong ballot argument by supporters, which clearly lays out the intent of the measure to preserve existing limits on abortion in California, has largely alleviated his concerns.

The official ballot argument for Proposition 1 and rebuttal to the argument against the measure in the state voter guide reference “the legal principle set by Roe v. Wade” and the viability standard in existing California law. With that clarification, Carrillo said, it’s unlikely that a court would misread the intent of Proposition 1 as expanding abortion past the point of viability.

“It’s far more than a mere medical term,” he said. “It’s its own legal concept.”