When NASA astronauts return to the moon in 2024, they'll need a lunar base that allows them to stay on the surface. And the astronauts may build their base using something readily available: their urine.

As part of NASA's Artemis program, the first woman and next man on the moon will be landing at the lunar South Pole. It's a place with fluctuating temperatures that will require astronauts to "learn how to live and operate on the surface of another celestial body," according to the agency.

Another goal of the Artemis program is for astronauts to find and use water on the moon, along with other resources at their disposal on or beneath the surface to allow long-term exploration. Artemis is the sustainable way of returning to the moon "for good," said NASA administrator Jim Bridenstine. Unlike the Apollo program, this suggests a sustained presence on and around the moon.

Transporting materials to the moon is expensive — flying about one pound of material from Earth to the moon can cost $10,000, according to previous study. This is why so many things designed from space travel are lightweight.

So materials found on the moon, or those that the astronauts would already have with them, are key to the agency's sustainable approach. Previous studies of possible building material for lunar bases relied on materials that would have to be brought to the moon.

As part of a new study, researchers investigated what would happen if moon dust, known as regolith, was mixed with a component of human urine called urea to create a kind of concrete that can be 3D-printed to build a structure fit for human habitation. The study published last week in the Journal of Cleaner Production.

"To make the geopolymer concrete that will be used on the moon, the idea is to use what is there: regolith, or loose material from the moon's surface and the water from the ice present in some areas," said Ramón Pamies, study author and a professor at the Polytechnic University of Cartagena in Spain.

But the researchers wanted to limit the amount of water used, since that will be needed for the astronauts and life support systems.

"With this study we have seen that a waste product, such as the urine of the personnel who occupy the moon bases, could also be used," he said. "The two main components of this body fluid are water and urea, a molecule that allows the hydrogen bonds to be broken and, therefore, reduces the viscosities [thickness] of many aqueous mixtures."

The researchers decided to test if urea could be used as a plasticizer in the concrete, which can soften the mixture to make it more pliable before the concrete hardens.

For the test, a material similar to regolith, developed by the European Space Agency, was combined with urea and made into cylinders using a 3D printer.

Other common plasticizers, like naphthalene and polycarboxylate, were also mixed with regolith and printed in the same way for comparison.

After printing, the samples were tested to see if they could handle weight loads, including one just over two pounds and another closer to 25 pounds.

The sample cylinders made with urea and naphthalene could hold the heavy weights and retain a mostly stable shape. Both were easy to use in the 3D printer.

The samples were also put through eight cycles of thawing and freezing — something they would likely experience on the moon as the temperatures shift. They withstood a peak temperature of 176 degrees Fahrenheit during the tests.

Additional studies to follow up on these samples are currently underway, the researchers said.

They want to test how the samples would react in a vacuum simulating the most severe conditions on the lunar surface to see if compounds might evaporate or if temperature variations cause cracking.

They also want to test if the concrete could handle bombardment by meteorites and provide proper shielding from levels of high radiation.

And simulating actual 3D-printing, as it would happen on the moon to create building blocks for human habitation, should be assessed to determine pitfalls and challenges, they said.

"We have not yet investigated how the urea would be extracted from the urine, as we are assessing whether this would really be necessary, because perhaps its other components could also be used to form the geopolymer concrete," said Anna-Lena Kjøniksen, study co-author and professor at the Østfold University College in Norway.

Sixteen named storms, including eight hurricanes, are forecast for the 2020 Atlantic hurricane season, according to early predictions released Thursday. 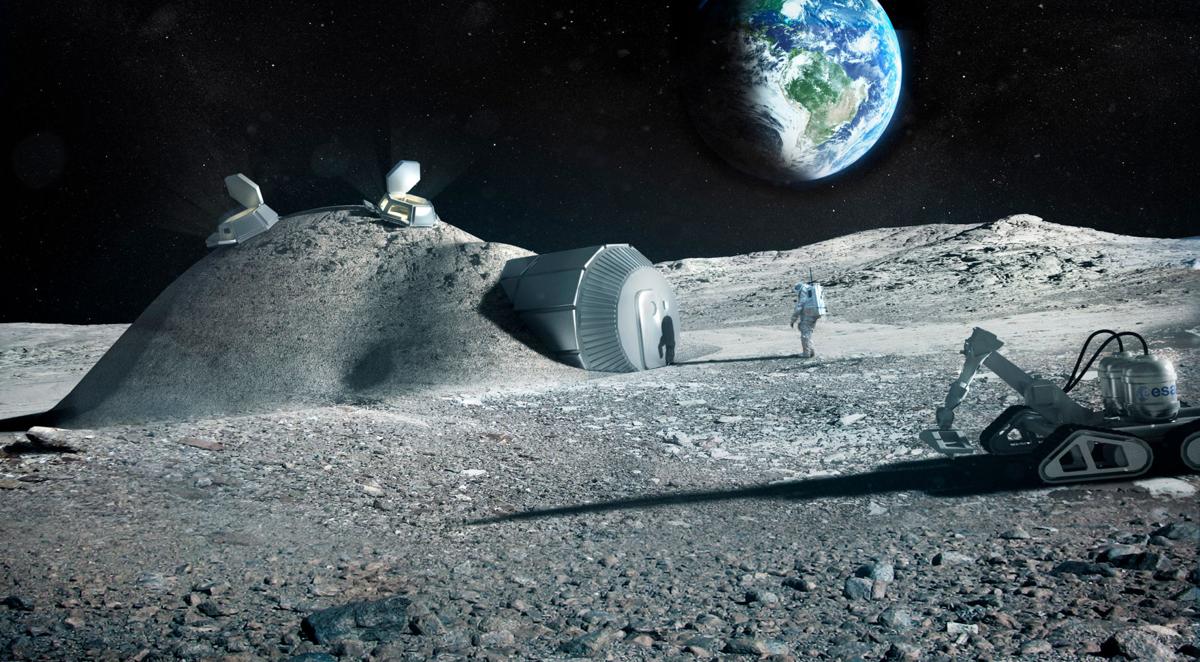 Future moon bases could be built with 3D printers that mix materials such as moon regolith, water and astronauts' urine. 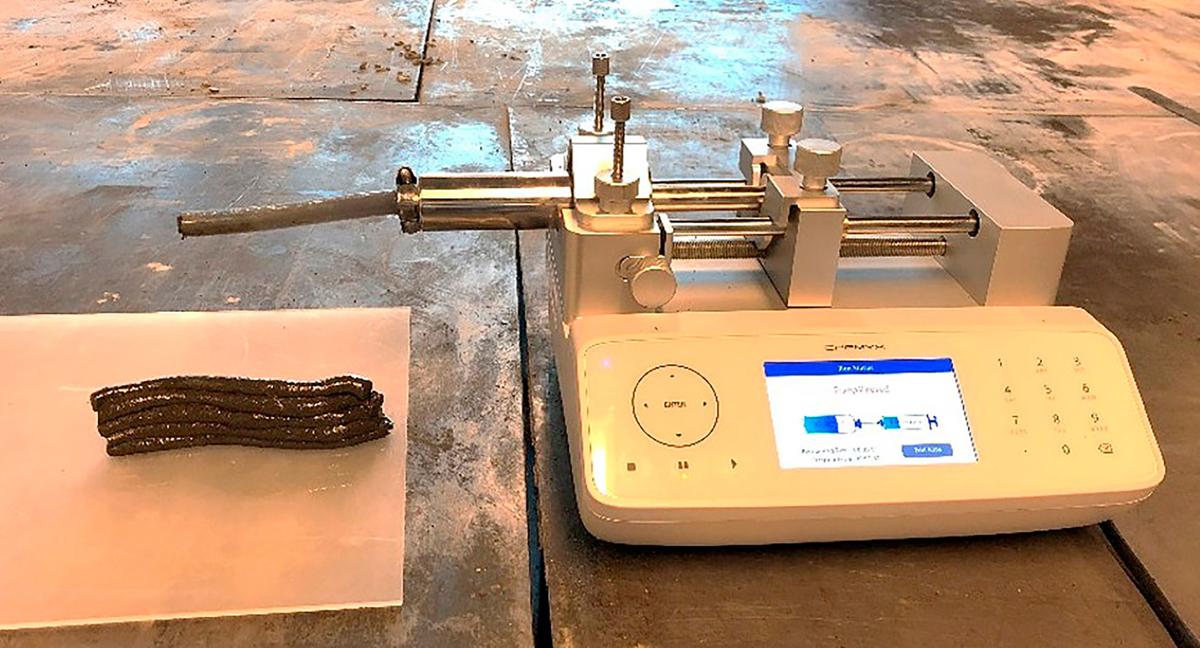 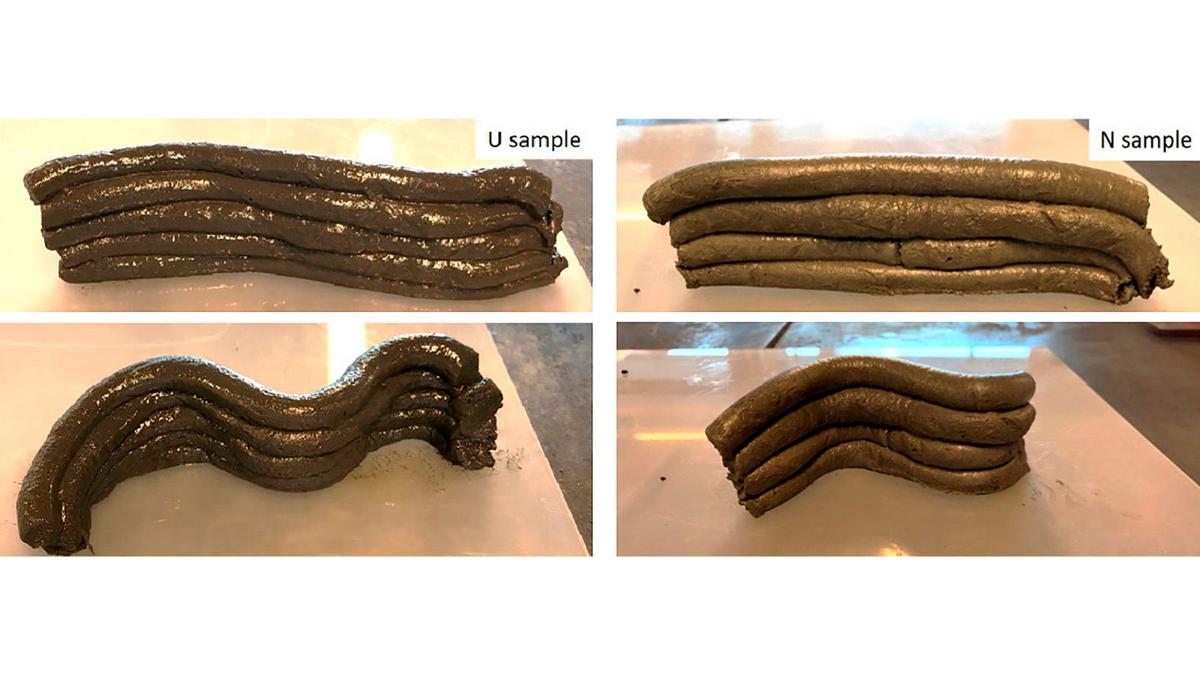 Tests to see the ability to form layers of a mixture of material with 3% urea (sample U) and another with 3% naphthalene, a common plasticizer (sample N).