WASHINGTON (AP) — Sen. Bernie Sanders, who saw his once strong lead in the Democratic primary evaporate as the party's establishment lined swiftly up behind rival Joe Biden, ended his presidential bid on Wednesday, an acknowledgment that the former vice president is too far ahead for him to have any reasonable hope of catching up.

"The path toward victory is virtually impossible," Sanders told supporters as he congratulated Biden. The former vice president is "a very decent man whom I will work with to move our progressive ideas forward."

Sanders initially exceeded sky-high expectations about his ability to recreate the magic of his 2016 presidential bid, and even overcame a heart attack last October. But he found himself unable to convert unwavering support from progressives into a viable path to the nomination amid "electability" fears fueled by questions about whether his democratic socialist ideology would be palatable to general election voters.

The 78-year-old senator began his latest White House bid facing questions about whether he could win back the supporters who chose him four years ago as an insurgent alternative to the party establishment's choice, Hillary Clinton. Despite winning 22 states in 2016, there were no guarantees he'd be a major presidential contender this cycle, especially as the race's oldest candidate.

Sanders, though, used strong polling and solid fundraising — collected almost entirely from small donations made online — to more than quiet early doubters. Like the first time, he attracted widespread support from young voters and was able to make new inroads within the Hispanic community, even as his appeal with African Americans remained small.

Sanders amassed the most votes in Iowa and New Hampshire, which opened primary voting, and cruised to an easy victory in Nevada — seemingly leaving him well positioned to sprint to the Democratic nomination while a deeply crowded and divided field of alternatives sunk around him.

But a crucial endorsement of Biden by influential South Carolina Rep. Jim Clyburn, and a subsequent, larger-than-expected victory in South Carolina, propelled the former vice president into Super Tuesday, when he won 10 of 14 states.

In a matter of days, his top former Democratic rivals lined up and announced their endorsement of Biden. The former vice president's campaign had appeared on the brink of collapse after New Hampshire but found new life as the rest of the party's more moderate establishment coalesced around him as an alternative to Sanders.

Things only got worse the following week when Sanders lost Michigan, where he had campaigned hard and upset Clinton in 2016. He was also beaten in Missouri, Mississippi and Idaho the same night and the results were so decisive that Sanders headed to Vermont without speaking to the media.

The coronavirus outbreak essentially froze the campaign, preventing Sanders from holding the large rallies that had become his trademark and shifting the primary calendar. It became increasingly unclear where he could notch a victory that would help him regain ground against Biden.

Though he will not be the nominee, Sanders was a key architect of many of the social policies that dominated the Democratic primary, including a "Medicare for All" universal, government-funded health care plan, tuition-free public college, a $15 minimum wage and sweeping efforts to fight climate change under the "Green New Deal."

He relished the fact that his ideas — viewed as radical four years ago— had become part of the political mainstream by the next election cycle, as Democratic politics lurched to the left in the Trump era.

Sanders began the 2020 race by arguing that he was the most electable Democrat against Trump. He said his working-class appeal could help Democrats win back Rust Belt states that Trump won in 2016, including Michigan, Wisconsin and Pennsylvania. But as the race wore on, the senator reverted to his 2016 roots, repeatedly stressing that he backs a "political revolution" from the bottom up under the slogan "Not me. Us."

Sanders also faced persistent questions about being the field's oldest candidate. Those were pushed into the spotlight on Oct. 1, when he was at a rally in Las Vegas and asked for a chair to be brought on stage so he could sit down. Suffering from chest pains afterward, he underwent surgery to insert two stints because of a blocked artery, and his campaign revealed two days later that he had suffered a heart attack.

But a serious health scare that might have derailed other campaigns seemed only to help Sanders as his already-strong fundraising got stronger and rising stars on the Democratic left, including Rep. Alexandria Ocasio-Cortez, endorsed him. Many supporters said the heart attack only strengthened their resolve to back him.

Massachusetts Sen. Elizabeth Warren outshone him throughout much of the summer, but Sanders worked his way back up in the polls. The two progressive candidates spent months refusing to attack each other, though Sanders offered a strong defense of Medicare for All after Warren offered a transition plan saying it would take the country years to transition to it.

The two longtime allies finally clashed bitterly, if briefly, in January, when Warren said that Sanders had suggested during a 2018 private meeting that a woman couldn't be elected president. Sanders denied saying that, but Warren refused to shake his outstretched hand after a debate in Iowa.

Warren left the race after a dismal Super Tuesday showing in which she finished third in her own state.

In 2016, Sanders kept campaigning long after the primaries had ended and endorsed Clinton less than two weeks before their party's convention. This cycle, he promised to work better with the national and state parties. His dropping out of the race now could be a step toward unity.

Photos: A look back at Bernie Sanders's 2020 campaign

Get Government & Politics updates in your inbox!

Stay up-to-date on the latest in local and national government and political topics with our newsletter.

Bernie Sanders endorsed Joe Biden's presidential candidacy on Monday as he made a joint online appearance with the former vice president. 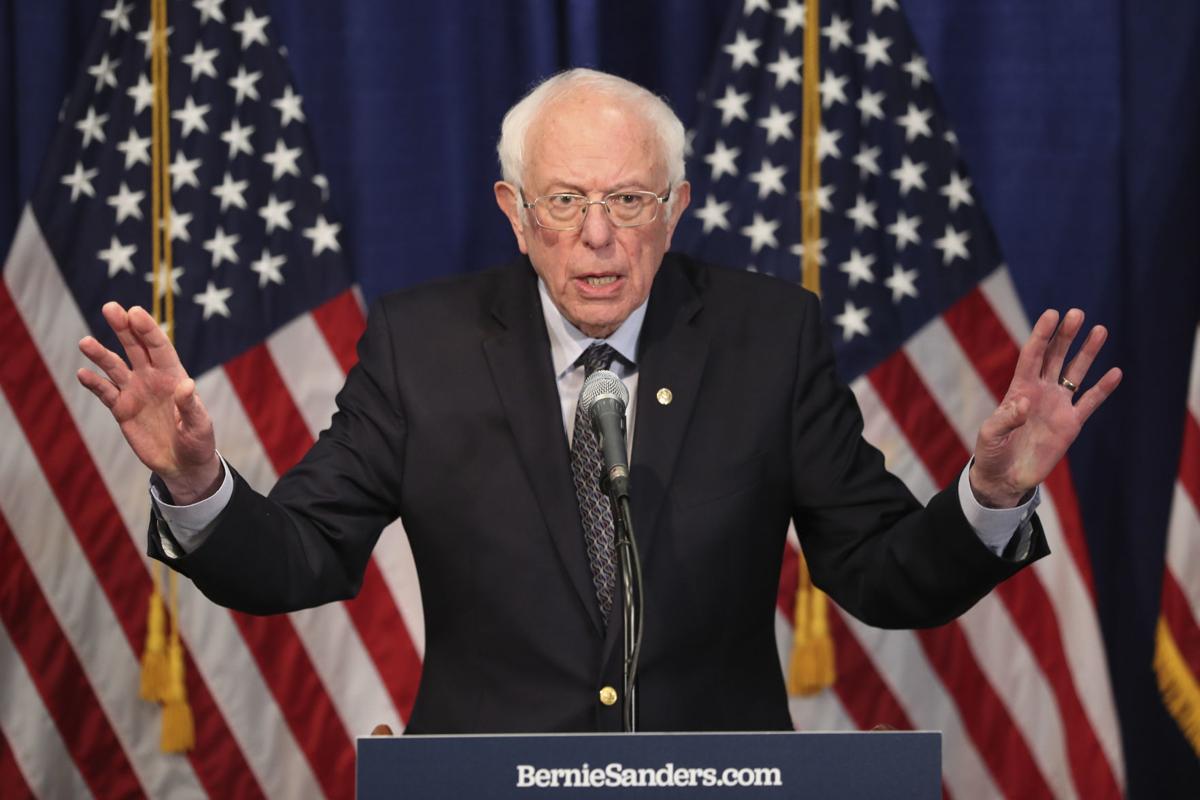 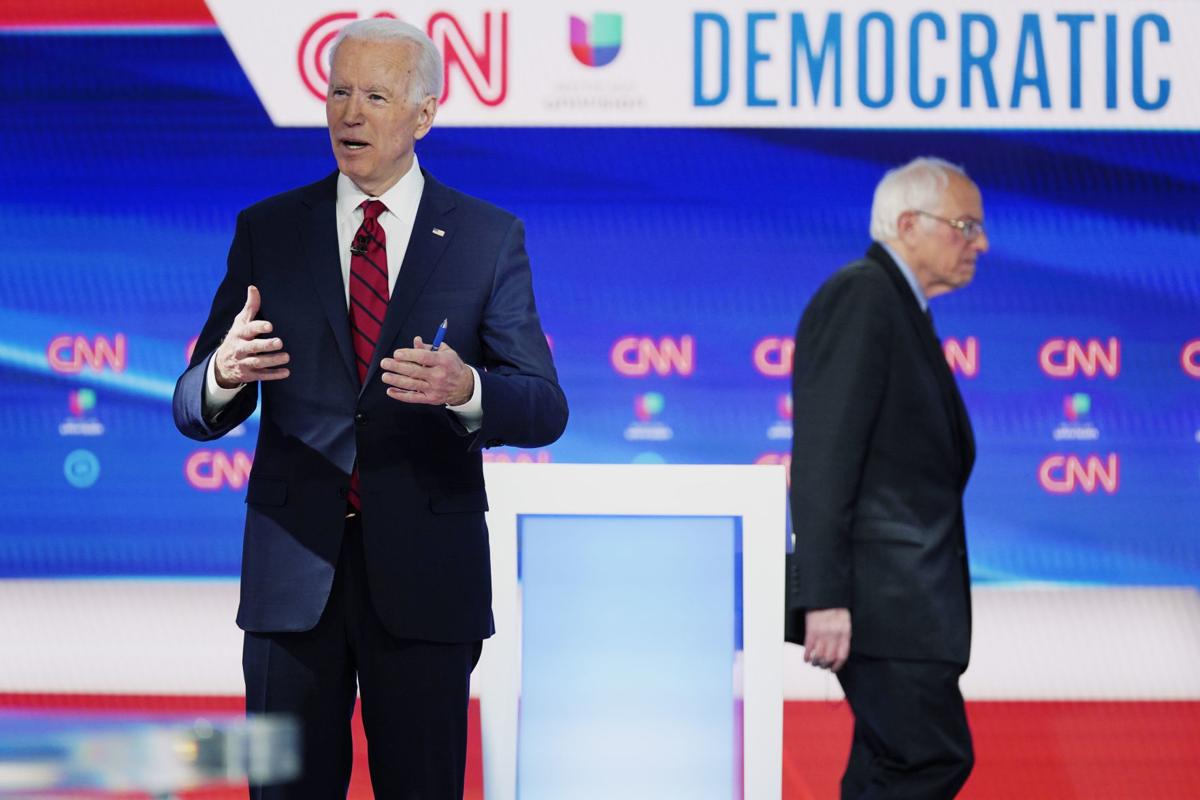