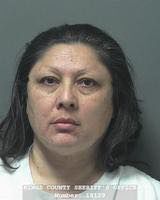 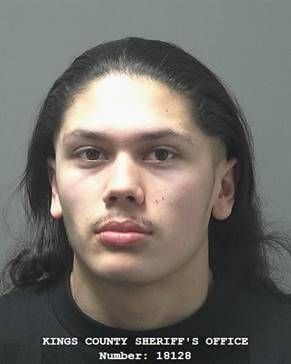 HANFORD — The Hanford Police Department has arrested the mother of 19-year-old Ezequiel Maldonado for accessory to murder, officials said.

Officers said they determined Corinna Maldonado assisted her son after knowing he was involved with the homicide investigation. They said the mother provided her son with news articles about the ongoing criminal investigation and would update him on new information from the investigation.

The incident occurred just before 4:30 a.m. on Oct. 31. HPD officers said they responded to the Edgewater Apartment complex in the 600 block of Northstar Dr. regarding a shooting.

During the course of the investigation, police said they determined that Johnson had attended a Halloween party at an apartment in the complex, where an argument between guests turned into a physical altercation that led to the shooting.

Detectives said they were able to identify Ezequiel Maldonado and 20-year-old Noah Garcia as the suspects allegedly responsible for Johnson’s death.

Police said Corinna Maldonado told her son to turn himself in for questioning and gave him advice on where he should flee to. They said she also told him being on the run would be hard, but he would able to do it.

Additionally, officials said Corinna Maldonado assisted with making arrangements to provide Ezequiel Maldonado clothes while on the run from law enforcement but officers arrived at the location before that transaction could occur.

Police said Corinna Maldonado was given multiple chances to comply with this murder investigation before her arrest. She was booked into the Kings County Jail on suspicion of accessory to murder.

HPD officials said this case is still under investigation and encourage anyone who knows the whereabouts of either Ezequiel Maldonado to contact the Detective Unit at (559) 585-2535 or Detective B. Johnson at (559) 585-4725.

One arrested after male found dead at Majestic Inn

The officer was able to detain one of the subjects and the group continued to obstruct the officer.

Upon arrival, officers located a male suffering from significant injuries as a result of a gunshot wound.

Two injured in crash, driver was allegedly under the influence

Officers learned Krystal Padilla, 31, was traveling southbound on Demaree at Coppola when she struck the back of a vehicle parked on the side of the road.

DINUBA — Police are saying that a suspect in a Selma shooting two months ago has been arrested in Dinuba.

Violante, or Violet, as she was better known, was born May 1st, 1932 on the Azorean island of Santa Maria, Portugal. In 1950, she married Anto…

HANFORD — The first project in what’s intended to be many efforts to beautify and elevate Hanford’s parks took place Friday at Centennial Park.

Upon arrival, officers learned an adult male victim was attempting to enter his motel room when an unknown suspect approached from behind and assaulted him.