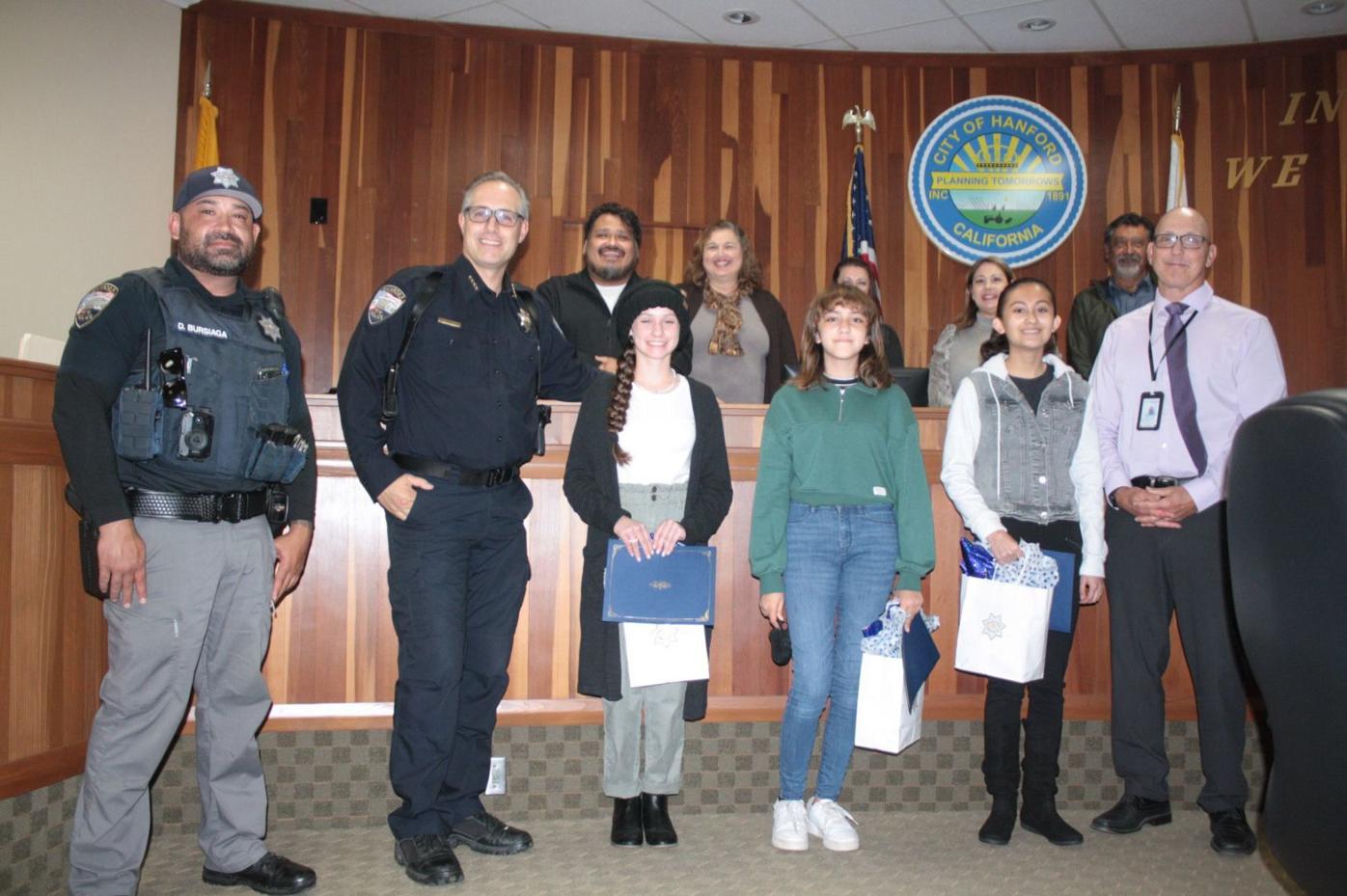 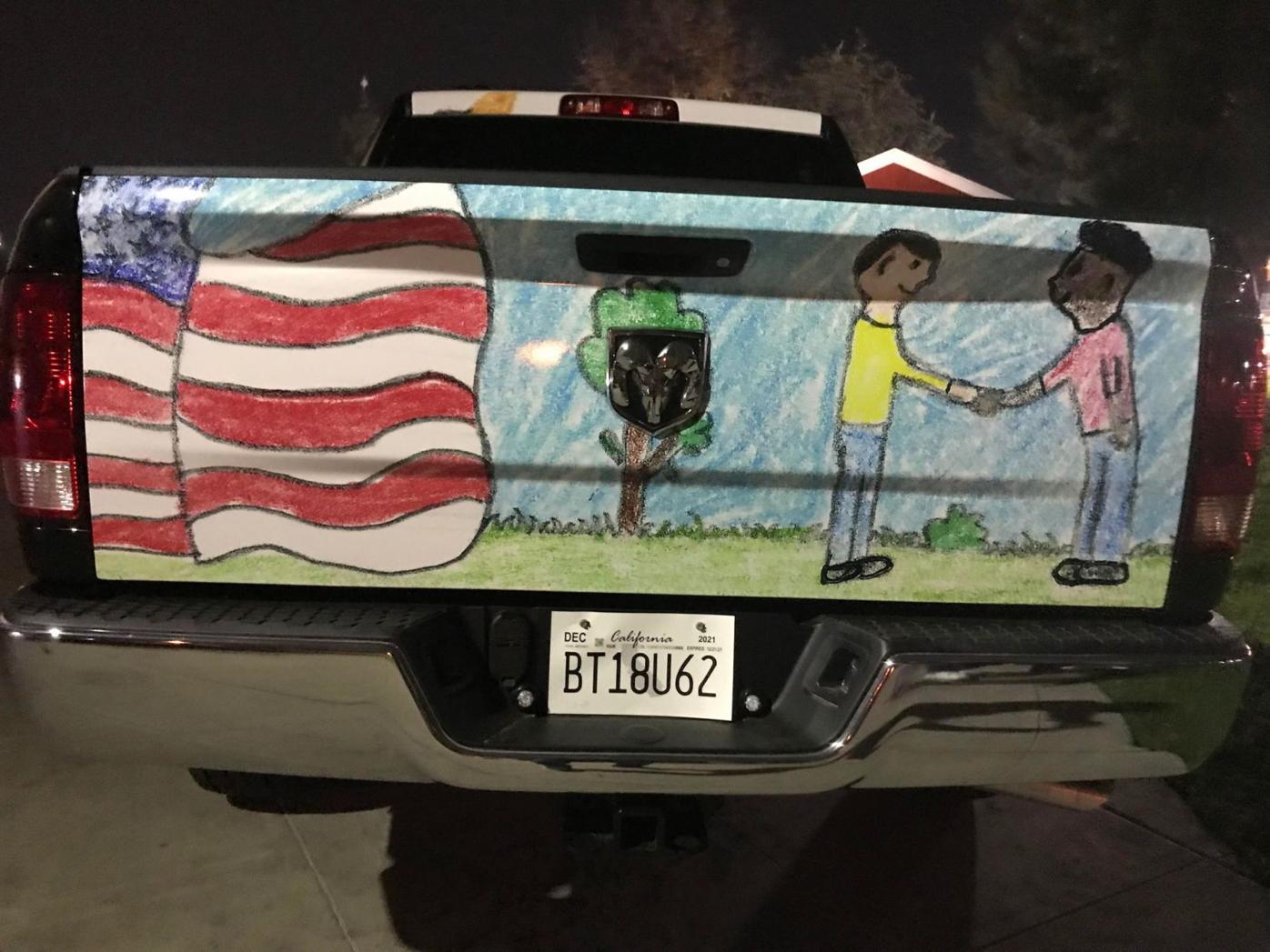 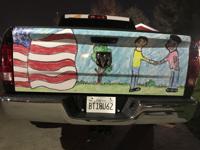 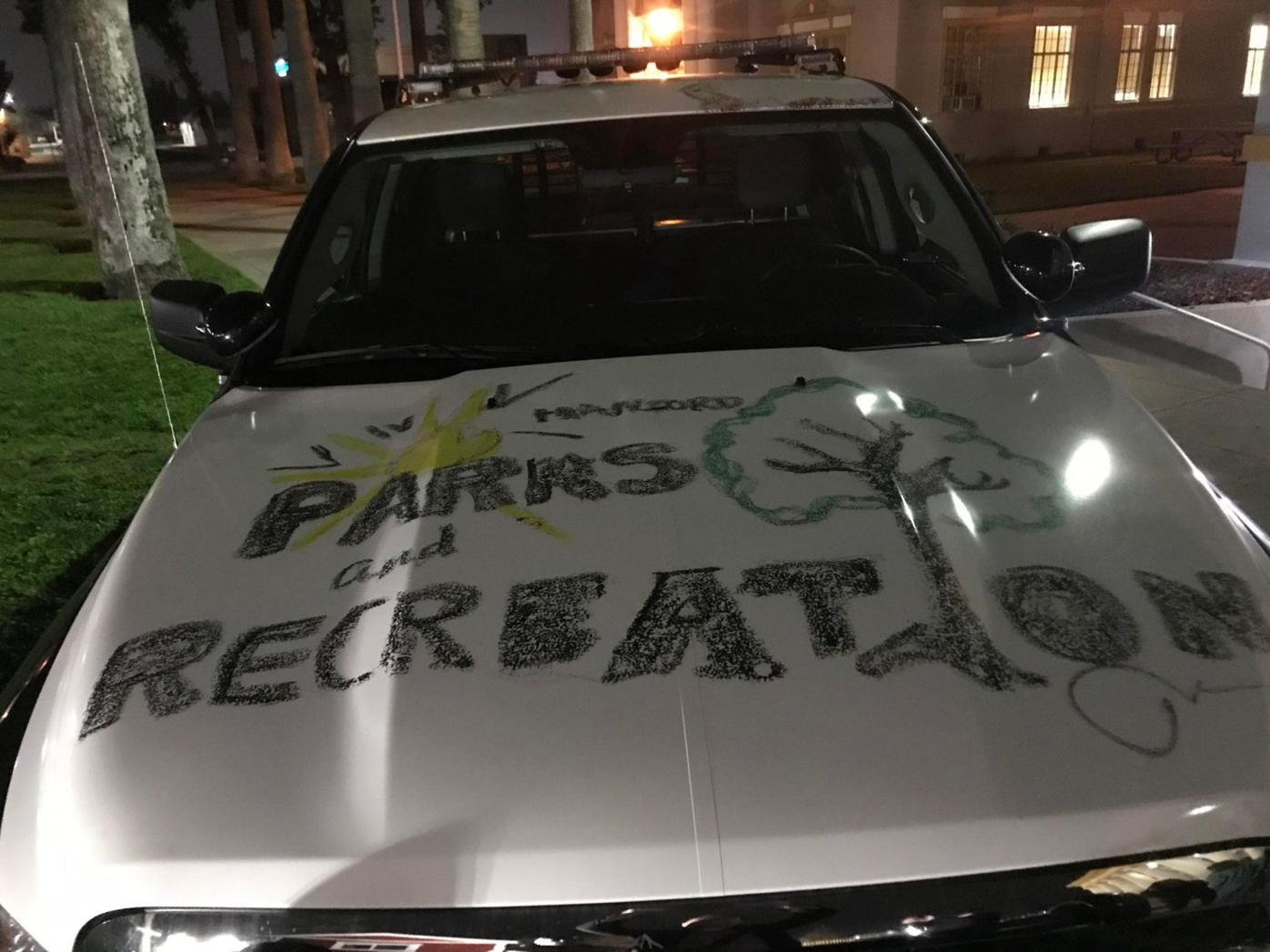 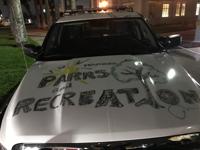 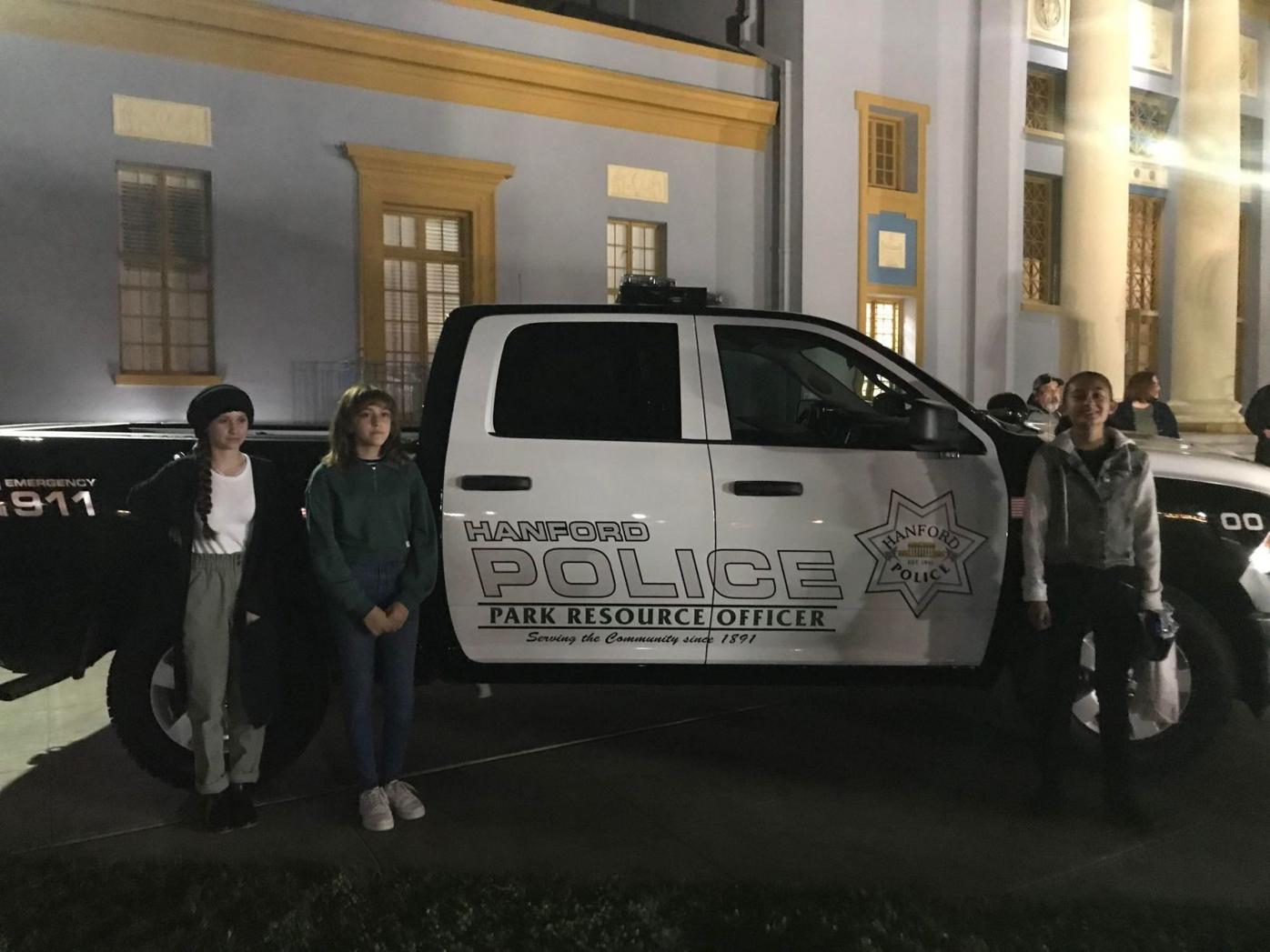 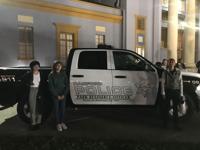 Kylin Braz, Leah Vidal and Crystal Rodriguez stand by the Hanford Police Park Resource Officer Truck. The side was designed by Rodriguez.

Kylin Braz, Leah Vidal and Crystal Rodriguez stand by the Hanford Police Park Resource Officer Truck. The side was designed by Rodriguez.

The people of Hanford may notice a new truck driving from park to park, decorated in drawings of the outdoors. For most who see it, it’s the new vehicle of the Park Resources Officer, but to three local girls, it’s a mobile canvas that showcases their hard work.

At Tuesday night’s Hanford City Council meeting, Police Chief Parker Sever explained that a contest had been held among students from Hanford’s schools for the honor of designing the appearance of the new vehicle. Initially, the goal was to pick one design and apply the art to the truck. However, out of the 100 or so entries, there were several that stood out, with three eventually making their way onto the vehicle.

“And as we looked at them, we just liked different aspects of different entries,” Sever said. “And so we kind of just came to the conclusion that we’d combine three of them and make the vehicle.”

The first of the artists to be called up was Crystal Rodriguez, a 15-year-old sophomore at Sierra Pacific High School, who designed the sides of the truck. According to Sever, the committee went with Rodriguez’s artwork as it made it clearly visible that it was a police vehicle, but also stood out as unique. On the side doors, the Hanford Police Department’s logo is clearly visible, with “Park Resource Officer” beneath it between two thin, green lines.

Rodriguez recently entered the Department’s Junior Explorers Program, and has aspirations of becoming a police officer when she finishes school.

“First when I was coming up with it, I knew I had to be professional because it’s for the Police Department,” Rodriguez said. “So I thought about it for some time, and then I remembered the parks and the colors of the trees, and so I tried to incorporate that into the logo.”

Meanwhile, 13-year-old Leah Vidal of JFK Middle School designed the truck’s top and hood. With the inclusion of the Parks and Recreation logo, Sever said it was a good representation of their partnership, while the ducks and trees drawn on the vehicle made it perfectly clear that it was Park Resource Officer’s truck.

“Really, I just kind of looked up what the Parks and Recreation logo looks like and then I just thought of what parks in Hanford really — like how Hidden Valley has a lot of ducks.”

Finally, the tail of the truck was Kilyn Braz, 13, of Kings River-Hardwick Elementary School. On the back, two men of different races are shown shaking hands.

“We all loved Kilyn’s design because as soon as you saw it, you couldn’t help but a smile on your face,” Sever said. “It showcases the patriotic nature of our community, and also the inclusiveness that we all strive to achieve — because we want everyone to feel welcome in our community.”

“It had a lot of park elements with the trees, and the grass, and the sky, obviously,” Braz said. “And it had the American flag to show patriotism, and it showed the two people shaking hands to show unity and friendship between people.”

Sever awarded the three winners with gift bags for their work, including free tickets to the new Winter Wonderland skating rink.