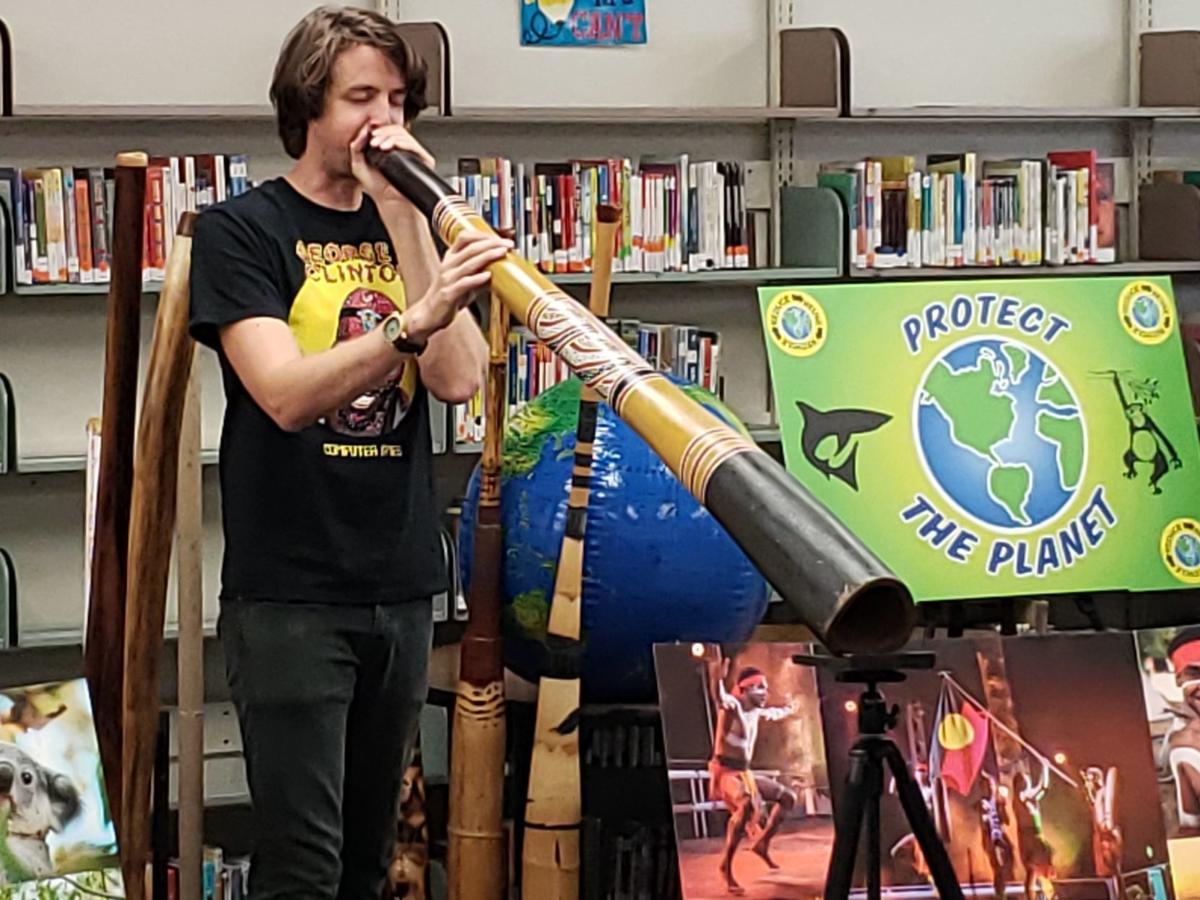 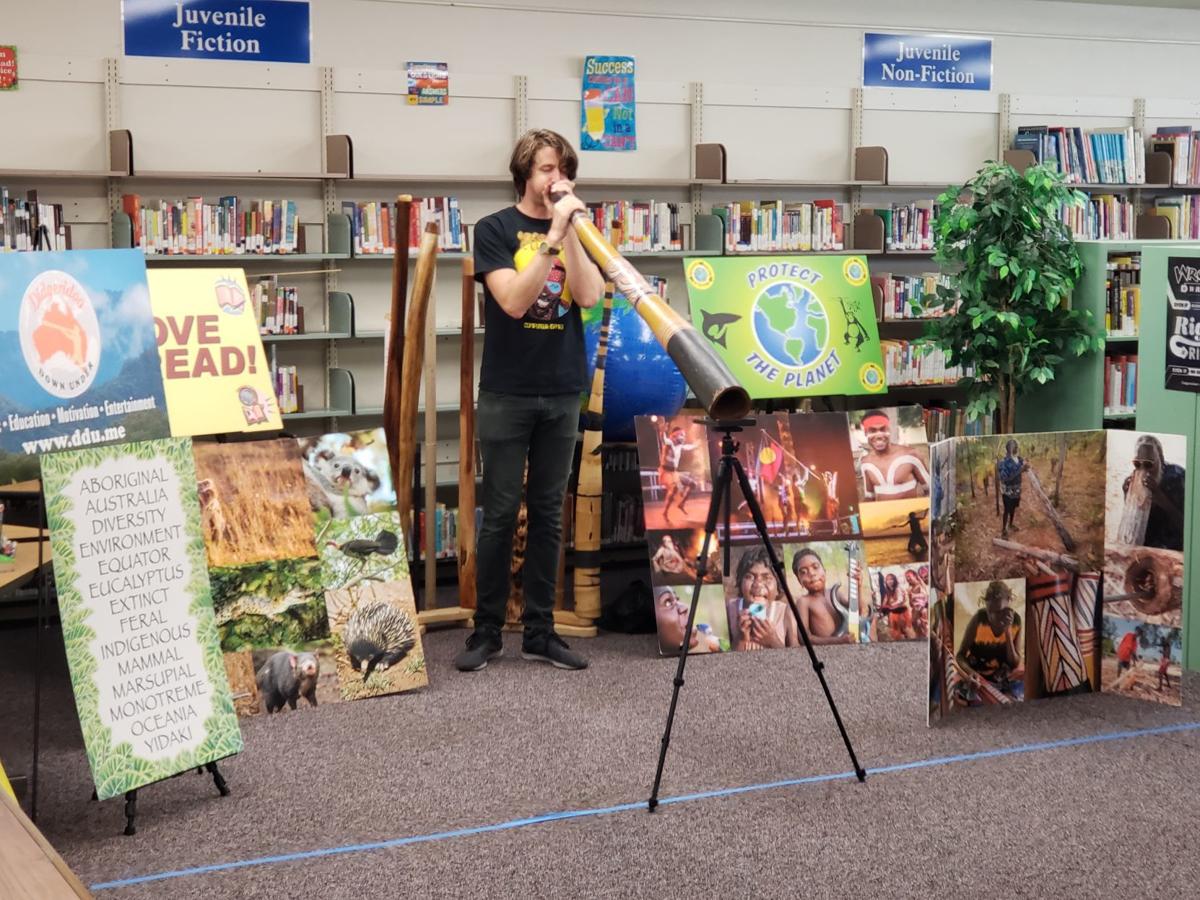 HANFORD — Taking a trip “Down Under” is as easy as going to the local library branch this week.

Kings County libraries will host “Didgeridoo Down Under,” an educational and entertaining program about all things Australian, presented through the prism of the island continent’s most popular musical instrument — the didgeridoo.

“We’re very lucky in that the instrument we love captivates everyone else. It creates an immediate connection with the audience because the sound is so unique,” Didgeridoo Down Under founder and performer Darren Liebman said. “Many people will describe the sound as connecting to your inner being. And just on a physical level, the vibrations will strike a chord with people on a deep level. It’s otherworldly.”

A didgeridoo is a large wind instrument invented by the indigenous people of Australia. Archeological research shows that the instrument has been a part of Aboriginal culture for 1,500 years, though some people believe that the didgeridoo dates back 40,000 years or more.

Liebman founded Didgeridoo Down Under about 15 years ago with a desire to combine music and entertainment with a message of acceptance of other cultures and environmentalism.

The shows expose children and parents to the parts of Australian culture that doesn’t necessarily get much spotlight time.

The company has performers all over the United States, including Los Angeles-based William Thoren who is performing at various Kings County spots this week.

“He’s a world-class didgeridoo player. And not only is he exceptionally talented, but he plays a funky style that kids really dig. He’s very talented,” Liebman said.

Thoren has been playing for almost 20 years, ever since his brother brought one of the instruments home. Years later, Thoren realized that playing and making didgeridoos was what he wanted to do as a career while traveling as a roadie for William Barton, a world-famous didgeridoo musician with the Sydney Symphony, whose passion rubbed off on Thoren.

Thoren traveled through the Australian bush with Barton and shares photos and stories of that adventure with audiences during the Didgeridoo Down Under performances.

“Kids get to moving around and dancing. There’s a lot of interaction during shows,” Thoren said. “Most of the time, they’re just amazed and super engaged.”

The Kings County Library hosts Didgeridoo Down Under at various branches this week. The shows are free.

Wednesday: 11 a.m. at the Lemoore Civic Auditorium, 2 p.m. at the Stratford library.

Thursday: 10 a.m. at the Hanford Civic Auditorium, 1 p.m. at the Corcoran library

Violante, or Violet, as she was better known, was born May 1st, 1932 on the Azorean island of Santa Maria, Portugal. In 1950, she married Anto…

You will forever be in my heart pop. I love you

Theresa (Terry) Fink died peacefully in Selma, California on January 12, 2021 at the age of 80. She believed in Jesus Christ as her Savior and…

Kay passed away peacefully in her home, with her loving husband and children by her side. Kay was born in Sioux City, IA, to Janet LaFave. She…

Morris, 69, was a caring and thoughtful son, brother, uncle and friend. He was born in Hanford, CA on August 31, 1951 to Billie and Carmen Sil…

Manuel Martins Meneses of Hanford was born on August 19, 1932 in Terceira, Azores. Manuel passed away on January 9, 2021 at home surrounded by…