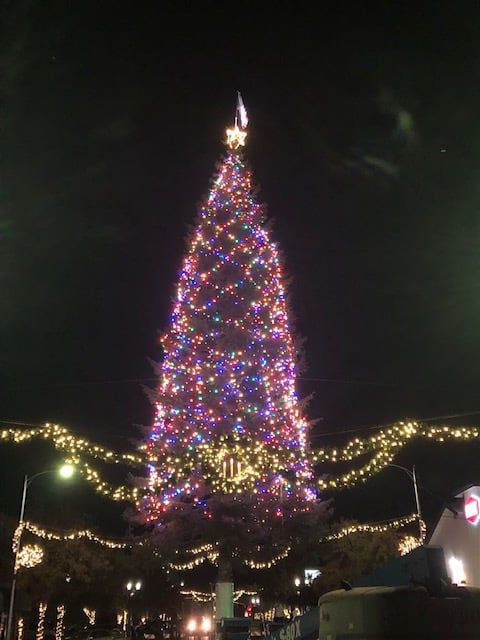 The city of Corcoran held its 100th Christmas tree lighting and parade on Dec. 5. 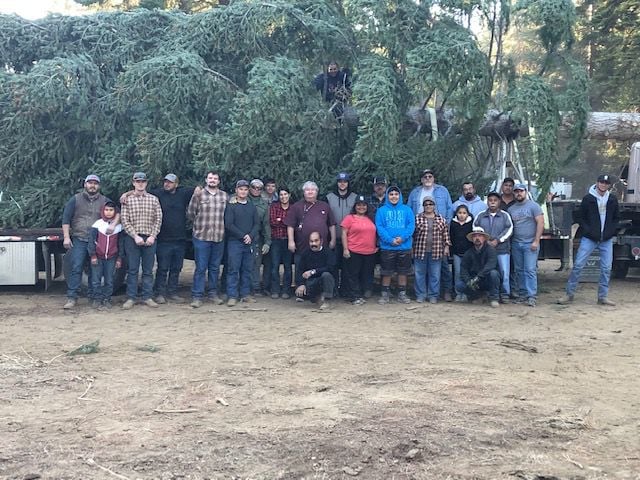 The city of Corcoran held its 100th Christmas tree lighting and parade on Dec. 5.

The city of Corcoran held its 100th Christmas tree lighting and parade on Dec. 5. Here is some history of the event that is held every year.

In 1905 Corcoran was comprised of a blacksmith shop, a small store and scattered homes. Hobart Johnstone Whitley, a developer who had created many cities in California, visited and saw great promise in the natural resources of the area. As a result, he purchased 32,000 acres of land and began to layout a community. Over the next 15 years, people moved to Corcoran and agriculture became the leading industry in the area.

By 1920 Corcoran had a more solid population and had a much larger migrant population. Cotton was grown in the region and there was a great deal of hand labor required to grow and process cotton in those days. The migrant population lived in migrant camps and those households had no money for Christmas trees or presents.

There was a group of local community members that did not like what they saw and decided that the community needed a Christmas Tree. This group got together and decided that they would gather local support and erect a community tree in the intersection of Whitey and Chittenden. In addition, they would ensure that every child would receive a present from Santa. Santa’s gift was a bag with hard candy and an orange which was donated by local businesses and growers.

The group went to the mountains to find a Christmas tree. In those days they needed to use block and tackles to prevent the tree from falling before making their cut. There were no chain saws in these days and trees were cut with cross-cut saws with a person on each side providing the power. Once cut, the tree would be let down gently and carried to the truck. The tree selected needed to be uphill from the truck as it was hand carried by the group from the cut-site down to the transportation. I have been told that up to 40 people would go help get the tree in the early years.

Tree harvest now called tree treks were multi-day events in the early years. The roads were rough and the equipment was not powerful enough to climb the mountain with much speed. The first groups to do this utilized tents and the tree trek became a camping trip. I am told that this first group of Christmas Tree Hunters liked to work hard and then played hard with food and drink around the campfire after the work was done.

The early groups of Christmas Tree Hunters were comprised of Corcoran Volunteer Firemen, Employees of the San Joaquin Power and Light Company, Veterans of Foreign Wars and various other volunteers. As time went on, the Veterans of Foreign Wars became the predominant group that carried out the tradition of providing a community tree and a gift for every child who comes to see Santa. The local commander of the VFW was usually in charge of organizing and completing the event.

The fundraising for the community tree during many of the years that the VFW ran the event was accomplished through what they called “Reno Round-Up Night.” Tickets were sold and a dinner was served, afterwards there were games of chance played with 10% of the winnings going towards the community tree. The members of the VFW were a hearty group that, much like the earliest members, “worked hard and played hard.” The group also sold fireworks and did other fundraisers to fund the project.

The method of harvesting the community tree was performed in the manner described above for many years. Eventually chain saws and hoist equipment became available and the manual efforts became some-what less arduous. The advent of better equipment allowed the group to obtain larger trees. The group preforming the tree trek would go get the tree, chain it to the truck, and spend an evening in a mountain cabin, once again, playing hard.

I have been told that the Corcoran Christmas Tree holds a record for having a lit Christmas Tree each year in the same location. Other places have had long-term programs but were disrupted by World War II with needed blackouts. There have been years where the Corcoran group had problems with the tree but each group jumped over the hurdles to ensure that the community ended up with a tree in that same location.

In the early 1990’s the organization of the community tree transferred from the VFW to a community organization simply named the Corcoran Christmas Tree Committee. Membership in this group was open to all citizens and a number of the VFW members continued with the new committee.

The Corcoran Christmas Tree program has been one of constant improvement since the first tree was installed. As mentioned earlier, the challenges involved in harvesting and installing a large tree are more easily accomplished with better equipment but the work is still difficult.

Tree treks are now one-day events and are open to entire families to attend. The committee sponsors a hot dog and hamburger barbeque for those who want to attend the mountain trip. The project continues to be funded by the community participating in several creative fundraiser events. Local businesses are involved by donating items and loaning equipment for the members to use.

Today the tree is about 65 feet tall and weighs about 7,000 pounds. It is 80-feet from the bottom of the tree stand to the top of the flag. The Corcoran Christmas Tree is decorated with roughly 3,300 LED lights in nets that were hand made by committee members. The Corcoran Christmas Tree is topped by the American flag in honor of our veterans and country.

The Christmas Tree Committee continues to provide a candy bag to any child that comes to see Santa. The committee also co-sponsors a Christmas Royalty contest and a community event called Christmas in the Park with the local Chamber of Commerce.

The 2019 Corcoran Christmas Tree Committee members are proud to continue the Christmas tradition by placing the 100th Christmas tree in downtown Corcoran.