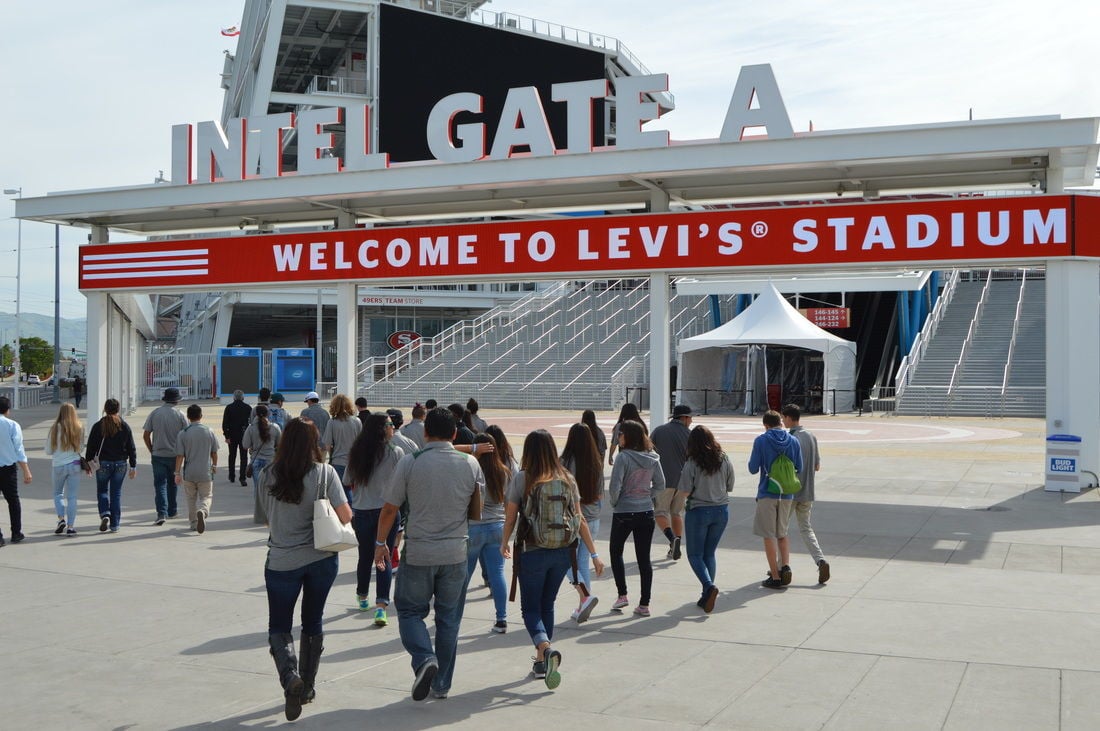 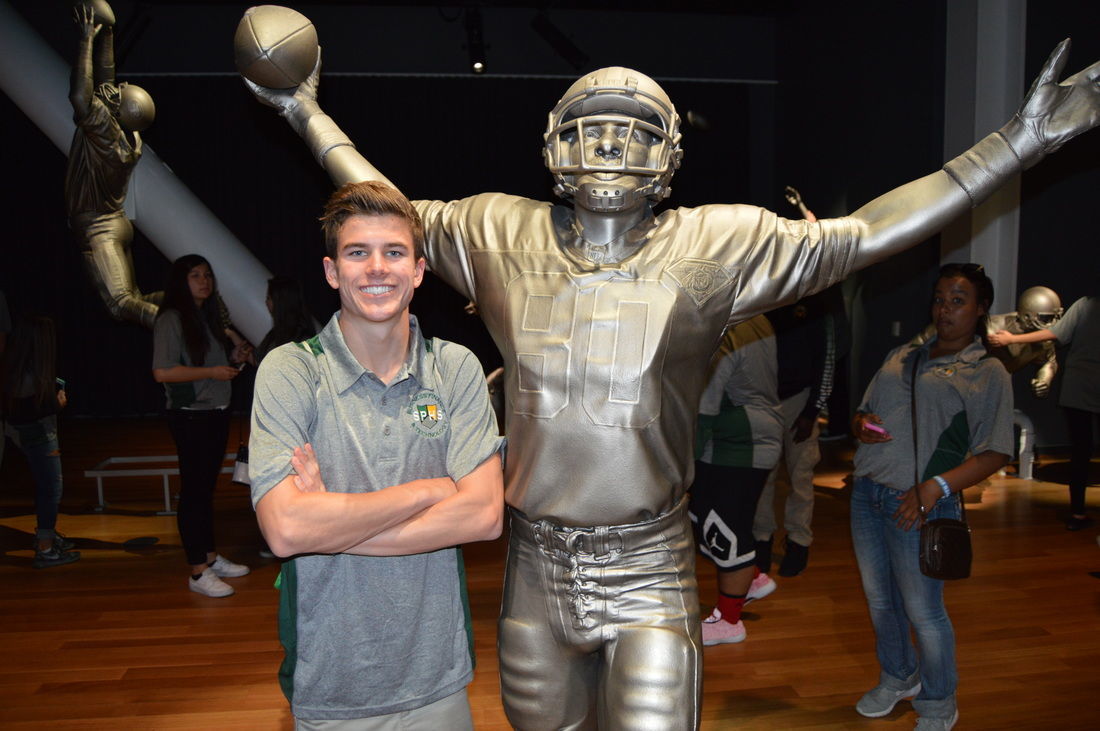 Student Michael Mason stands next to a statue of Hall of Fame receiver Jerry Rice April 7 at Levi's Stadium. 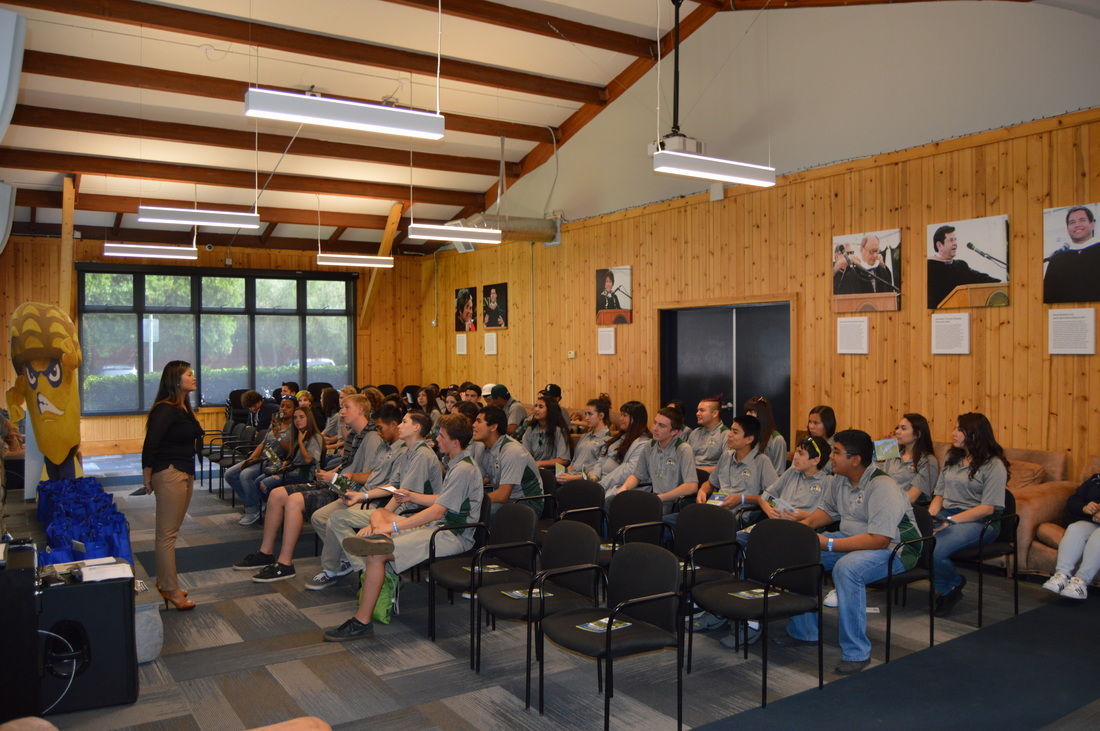 Sophomores in the Sierra Pacific High School business program got a chance to visit Menlo College and Levi's Stadium — home of the San Francisco 49ers — and learned about how a multi-billion dollar operation, like the stadium, works.

“Most people look at Levi's Stadium as a venue to watch sports or other events,” said teacher Rob Isquierdo. “As a business [program], we look at it as a successful business model."

“We are constantly preaching to our kids that you can identify business in everything,” he said.

“That’s when I think true learning sets in,” he said. “To make the classroom directly connected to the real world.”

Student Emily Spredlin said she would have never known the facts about the stadium if she did not attend the field trip herself.

“It wasn’t really all about the 49ers,” she said. “It was about football, the business of football, and how much it cost to even build something that huge.”

The cost of building the stadium was roughly $1.3 billion and paid for by a hotel tax, the 49ers and the NFL. The stadium has a seating capacity of 68,500 and is owned by the city of Santa Clara.

“Even though you may not live there, it’s still important to know what goes on in other people’s lives other than yours,” Emily said.

Her favorite part was visiting the cheerleading locker room because she is a cheerleader at Sierra Pacific.

“It was really cool seeing that at the highest level of cheerleading where you can be,” she said. “We saw where they get ready and where they warm up.”

Isquierdo said his students had questions for the Menlo College students leading the tour about how campus life is, where they lived and what they ate.

“All those little details that make it real for them,” he said.

Isqueirdo said he hopes his students realize their own potential in terms of opening their own business someday.

Sierra Pacific's business program involves students taking business-related classes with the goal of preparing them for careers in the field and giving them real-world experience.

On November 19, 2020, the sun appeared to dim ever so slightly in deference to the passing of Mauro Ganiron. A gentle, charismatic,brown-skinn…

Student Michael Mason stands next to a statue of Hall of Fame receiver Jerry Rice April 7 at Levi's Stadium.