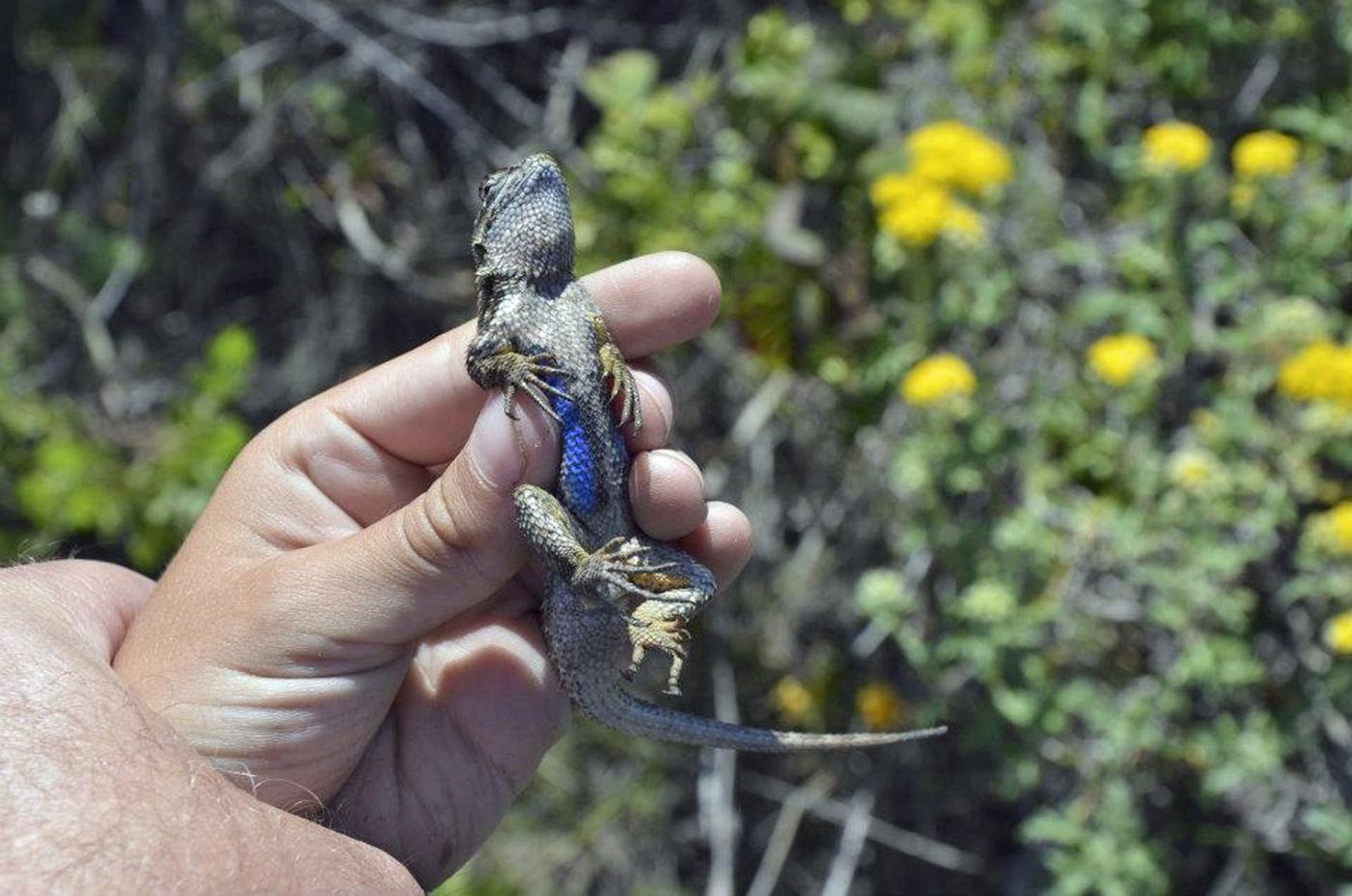 The San Joaquin Fence Lizard –(Sceloporus occidentalis biseriatus) or also lovingly referred to as a blue-belly lizard is one of most common reptiles found in California. 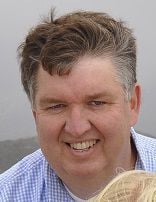 The days will become longer and longer as we head toward the spring, which starts March 20. With the longer days, a greater number of people are hiking trails and with it the increasing chances of coming across ticks and the diseases they can spread.

Like a scene out of a horror film, adult western black-legged ticks (Ixodes pacificus) dangle on tips of grasses and other low-lying vegetation in their ghastly host-seeking posture called questing. In this stance, they spread their two front clawed limbs wide open and wait patiently for hours or even days for unexciting creatures to brash by so they can dig their metal-like mouthparts inside their host and gorge themselves on blood. In other words, they let their banquet come to them. Contrary to popular belief, ticks don’t jump or fly.

At least the adult ticks can easily be seen; unlike the nymph or juvenile life stage, where the tick is about the size of a poppy seed and difficult to spot. The juveniles usually do not climb grasses or shrubs while host-seeking, instead, they lurk closer to the ground atop leaf and log litter on the forest floor; a perfect location to attach to lizards. In fact, research has shown just about 90 percent of host for tick nymphs are reptiles versus small mammals or birds.

This turns out to be a blessing and here’s why.

The San Joaquin Fence Lizard –(Sceloporus occidentalis biseriatus) or also lovingly referred to as a blue-belly lizard is one of most common reptiles found in California. As a kid, they were my favorite as they were relatively easy to catch. You could turn a blue belly on its back and gently rub their stomach, and they would go to sleep or pretend to. The males have distinctive iridescent patches of candy-metallic blue along their flanks.

More importantly, they have a certain protein in their blood that kills a corkscrew-shaped bacteria called Borrelia burgdorferi which causes Lyme disease.

Cal Poly professor Emily Taylor is the director of Physiological Ecology of Reptiles Lab at the University. She said that it is not just the Western Fence Lizard; locally it also includes other species like alligator lizards. “They possess an immune protein in their blood that appears to kill the bacteria that causes Lyme disease. This condition is significant because of the juvenile stages of the major vector for the disease, the Western black-legged tick, often feed on lizards. If the ticks are previously infected then eating the lizard's blood will kill all the bacteria, and they won't be able to pass it on to the next host when they are adults.”

In other words, our local lizards appear to be cleansing affected juvenile ticks and providing all of us a service. This is probably the primary reason why so few adult ticks carry the bacteria in the San Joaquin Valley and consequently relatively low infection rate in California.

Here are some tips to avoid ticks:

Wear light-colored clothing so that ticks can be seen more easily. Wear a long-sleeved shirt and tuck shirt into pants; tuck pants into boots or socks. Apply a tick repellent to clothing. Products with permethrin kill ticks on contact and are applied to clothing only. Products with DEET repel ticks and can be applied to the skin. Always follow directions on the container and be especially careful when applying to children.

Stay on trails and avoid contact with bushes or grasses alongside trails where ticks are common. Control ticks on pets. Pets can bring ticks into contact with humans. Discuss tick control for your pets with your veterinarian.

Fair and dry weather with below normal temperatures will continue for the Hanford area through the weekend.

A cold weather system is expected to drop south through the Central Valley Monday morning, bringing snow to the mountains and rain showers to Hanford. Snow levels are expected to be near 2,500 feet with some accumulation possible. Breezy north winds 25 to 35 mph are possible later on Monday into Tuesday as the weather system moves to the south. Longer range forecast models suggest the potential for additional cold wet and unsettled conditions continuing on and off this upcoming work week, with low elevation snow possible in the Sierra Nevada at times.

If you heading to the Central California coastline this weekend:

At the surface, a strong 1,042 millibar Eastern Pacific High will hold fast about 1,500 miles to the west of Point Conception, while in the mid-levels of the atmosphere the winds will continue to flow southward from British Columbia to California.

This condition will continue to produce cold mornings and cool and windy afternoons through Sunday. The coastal valleys will see the low to mid-30s. Minimum temperatures along the beaches will range between the high 30 to low 40s. Maximum will climb into the mid to high 60s on Saturday and Sunday.

A cold front will drop south on Monday morning bringing a chance of sprinkles/light rain showers with low elevation snow, then moderate gale-force to fresh gale-force northwesterly winds will develop in this system's wake Monday afternoon and night. Clearing is expected Tuesday with more sprinkles/light rain showers on Wednesday with continued cool temperatures. The longer-range forecast models indicate a pattern shift on the first week of March, which may bring significant rain.....stay tuned to the Hanford Sentinel for updates.

Seawater temperatures will range between 52 and 54 degrees through Thursday.