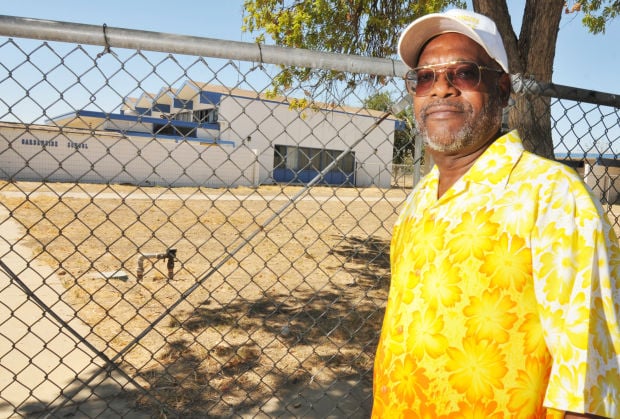 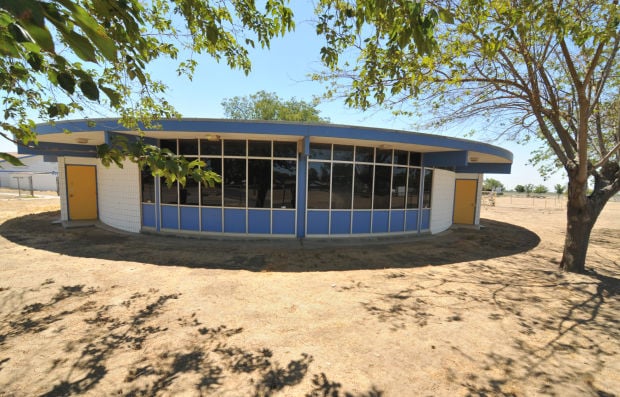 Gardenside Elementary remains unused but community activist hope to turn the vacant school into a community center for the residents of Home Garden. (Apolinar Fonseca/The Sentinel)

Gardenside Elementary remains unused but community activist hope to turn the vacant school into a community center for the residents of Home Garden. (Apolinar Fonseca/The Sentinel)

HANFORD — The residents of Home Garden have a vision for a community center, and they are seeking financial help.

Eugene “Bo” Patterson, president of the Home Garden Community Coalition, made the request this week as part of a public hearing to determine what the needs are in Kings County under the Community Development Block Program.

The coalition is proposing that the vacant Gardenside School be refurbished to become a community center where the elderly, youth and parents needing child care can find recreation opportunities, job training resources and more.

“We don’t even have a place for a community meeting,” Patterson said in an interview.

Few areas of the county are as needy as Home Garden, an enclave of about 1,700 people that is just outside Hanford city boundaries south of the fairgrounds. High rates of poverty in the area go hand-in-hand with crime, drug use and teen pregnancy. Dilapidated streets lack curbs and gutters.

Patterson is formerly asking Kings County to apply for CDBG funds in 2014 to jump-start the project. The money comes through the federal government, but it is disbursed to small counties like Kings through a competitive grant application process.

A lot of work would have to be done on the school buildings to get them ready for use. The 1960s-era campus needs work such as asbestos removal, a new roof, a new fire sprinkler system and new bathrooms.

In fact, that was one of the reasons Lakeside Union School District shut down the school in 2009 and sent its students to the newer Lakeside Elementary School.

Patterson’s coalition used to hold meetings on the campus. Now the only public place to meet in the area is the cramped offices of the Home Garden Community Services District..

The estimated cost to turn the school into a community activities center is $900,000 to $1 million, Patterson said. If CDBG issued a grant for that amount, it would be the largest CDBG grant in Kings County history.

That amount doesn’t include the cost to purchase the property, which was appraised a few years ago at $550,000.

“I would love to see it happen,” Ellis said. “Nothing would help the school district more that having a place for the kids to hang out in the evenings where it’s constructive and supervised.”

Patterson, a community activist, worries about the youth of Home Garden, many of whom do not have money to ride the bus, let alone pay for programs offered by the Hanford Recreation Department.

Too much idle time gets kids in trouble as they fall into patterns of bad behavior, according to Patterson.

“I think it’s important to reiterate the need out there,” said Joey Cox, youth program director at KCAO. “There are no youth programs.”

KCAO has applied for CDBG funding for youth services in both Home Garden and Kettleman City. The agency would like to see a community center in Home Garden from which it could provide those services, said KCAO Executive Director Jeff Garner.

“I think we’re all on the same path, with the understanding that there is a huge need ... to provide an outlet for the youth of that community,” Garner said.

Patterson has also enlisted the support of Visalia-based Community Services Employment Training. The group’s Sequoia Community Corps program is already building Home Garden’s first park, which is being funded through a state parks program. The group is employing youth from Home Garden who are learning construction job skills as they go.

“I think it’s an exciting concept,” said Mary Alice Escarsega-Fechner, CSET executive director. “As an agency, we’d love to look how we can support that project.”

The county will find out how much money it can request in January. After that, it will formally submit CDBG projects for funding. The public will have at least two more hearings before the applications are finalized.

Patterson asked for funding in 2012 and didn’t make the cut. He hopes this week’s request will be different.

“I’m just hoping and praying that we get this grant,” Patterson said. “It would be real great, so we can get a head start on making our community self-sufficient.”

The reporter can be reached at 583-2432 or snidever@hanfordsentinel.com.