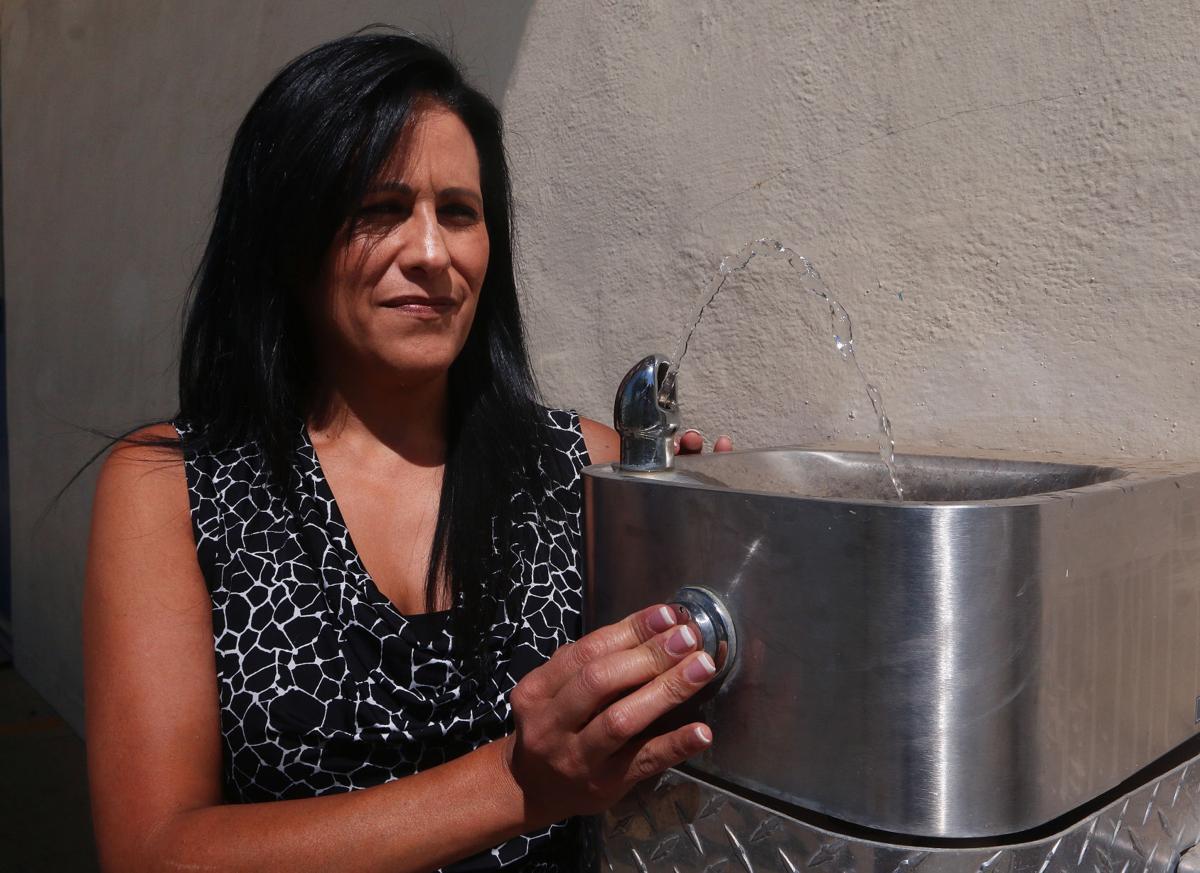 Andrea Affrunti, Assistant Superintendent of Business, Facilities and Financial Services at Central Union Elementary School District, operates one of the drinking fountains at the school on Monday afternoon. 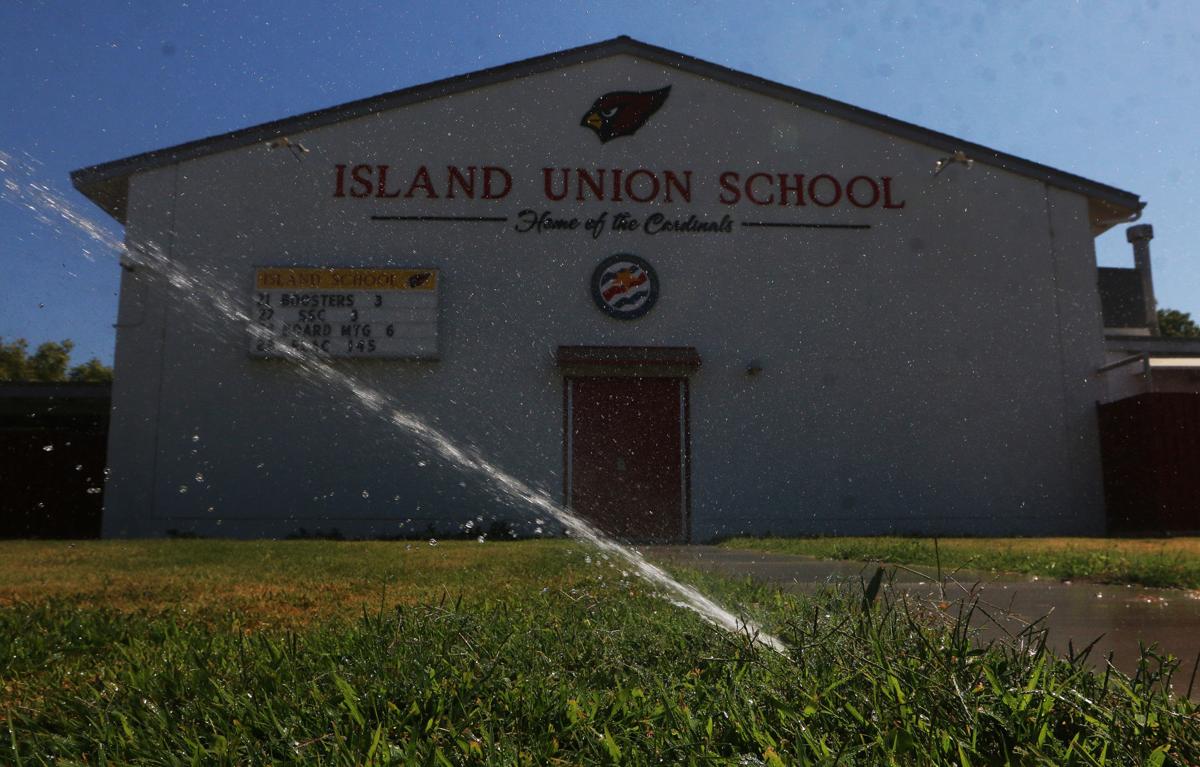 HANFORD – Five Kings County water systems have violated federal arsenic standards at some point during the last five years, according to a report released Tuesday by the Environmental Integrity Project.

The group is a nonprofit, nonpartisan organization based in Washington D.C.

The report’s authors state that they got the numbers from publicly accessible data available online through the State Water Resources Control Board.

Anything over 10 parts per billion is a violation of U.S. Environmental Protection Agency health standards.

At a concentration of 10 parts per billion, the EPA analysis is that the risk of getting cancer if you drank the water over a lifetime is one in 2,000, according to the report.

The report states that the risk at 20 parts per billion would be one in 1,000, and so on at higher and higher concentrations.

However, according to the report, new evidence suggests that the actual risk may be much higher than the EPA’s calculation.

The study also reported that low doses below 10 parts per billion can affect brain development in children.

The highest concentrations – in the 40 parts per billion range – were at the Olam facility in Hanford.

Tom Pelton, a spokesman for the Environmental Integrity Project, said in a written statement that the sampling was done at “drinking water wells that fed into the [Olam] facility’s drinking water system.”

Pelton said that he hasn’t spoken to Olam officials and doesn’t know what, if anything, Olam has done to correct the issue.

The second-worst violator was Kit Carson, which had levels in the 30 parts per billion range from 2011 to 2014.

The hookup was completed in January 2015, according to the report. Hanford’s water system is in compliance.

The third-worst local violator on the list was Island Union, which averaged 11.9 parts per billion from 2011 to 2014.

The school switched to a new well in 2015 and is now in compliance, according to Charlotte Hines, Island Union Elementary School District superintendent.

“It’s so good they cleared us,” she said. “We don’t even have to have our water tested for three years.”

Water in the Kettleman City Community Services District, serving residents and business in the town of Kettleman City, averaged 12 parts per billion arsenic concentration from 2011 to 2015.

The district, which currently relies on wells, has long had plans to build a new water supply and treatment facility that will draw water from the California Aqueduct, but funding and bureaucratic hang-ups have repeatedly delayed progress.

The target opening date has been pushed back to 2018, according to the report.

Central Union Elementary School in Lemoore averaged 13.5 parts per billion from 2011 to 2015, according to the report.

Andrea Affrunti, assistant superintendent at Central Union Elementary School District, said the district has applied to the state for funding to install a filtration system to get the level below 10 parts per billion and keep it there for the school.

Affrunti said the district has until July 1, 2019, to fix the problem.

The report calls for the state to step up its financial assistance to help small schools and small community water systems get their water into compliance.

The report also calls on health officials to issue stronger warnings to residents about not drinking or cooking with the water.

“The state gives much more blunt warnings to private well owners not to drink arsenic-contaminated groundwater,” said Eric Schaeffer, Environmental Integrity Project executive director. “We think the advice that private well owners get is much closer to the truth.”

How concerned should you be about arsenic?

HANFORD – OK, so you live in an area in Kings County where there's arsenic, a known carcinogen, in the groundwater coming out of your tap.

Lemoore schools to test for lead in water

ARMONA — Odorless, colorless, crisp-tasting water as good as any bottled water was served Friday in Armona during the dedication of a new well…

Andrea Affrunti, Assistant Superintendent of Business, Facilities and Financial Services at Central Union Elementary School District, operates one of the drinking fountains at the school on Monday afternoon.