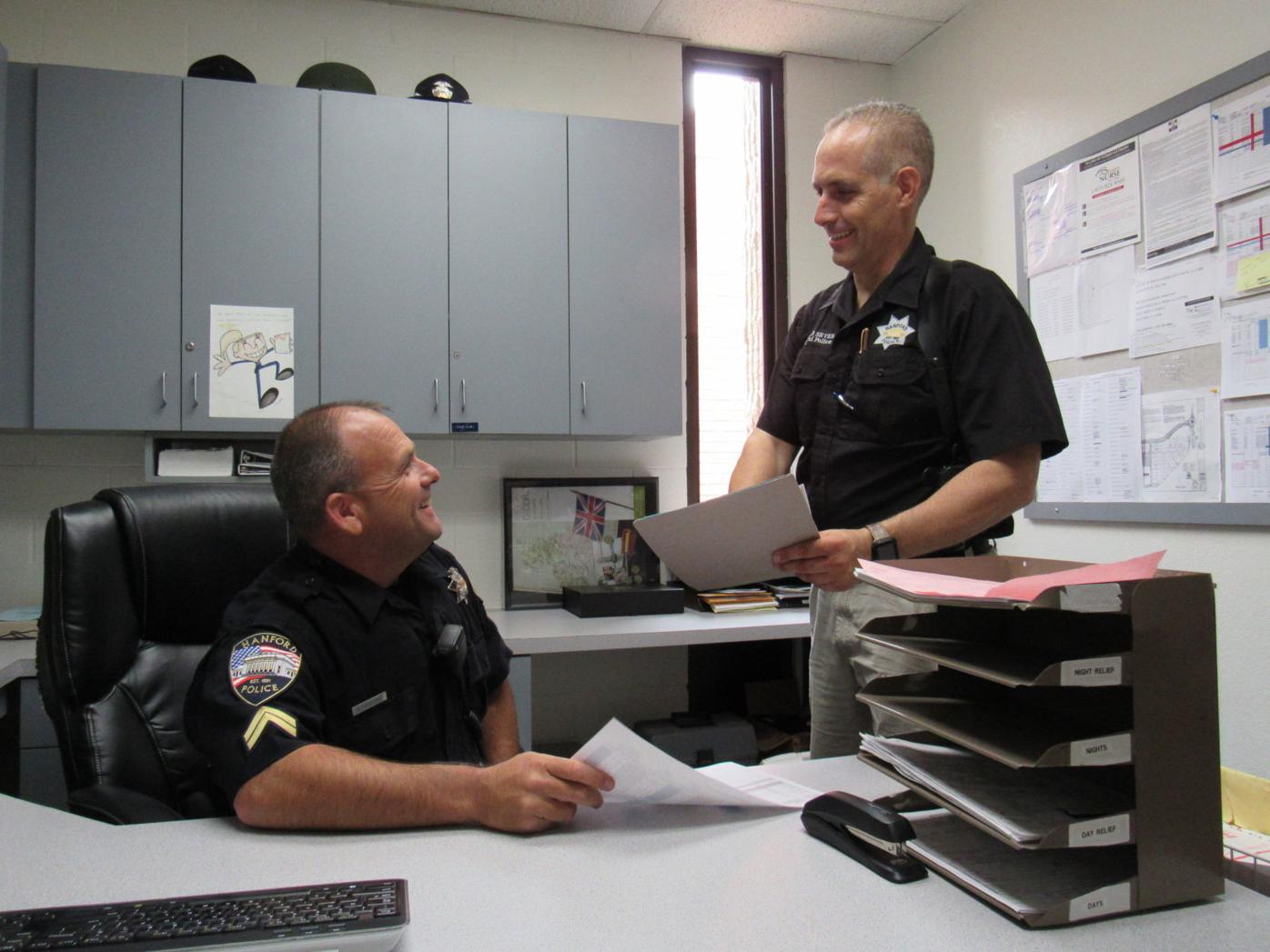 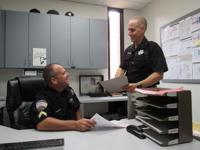 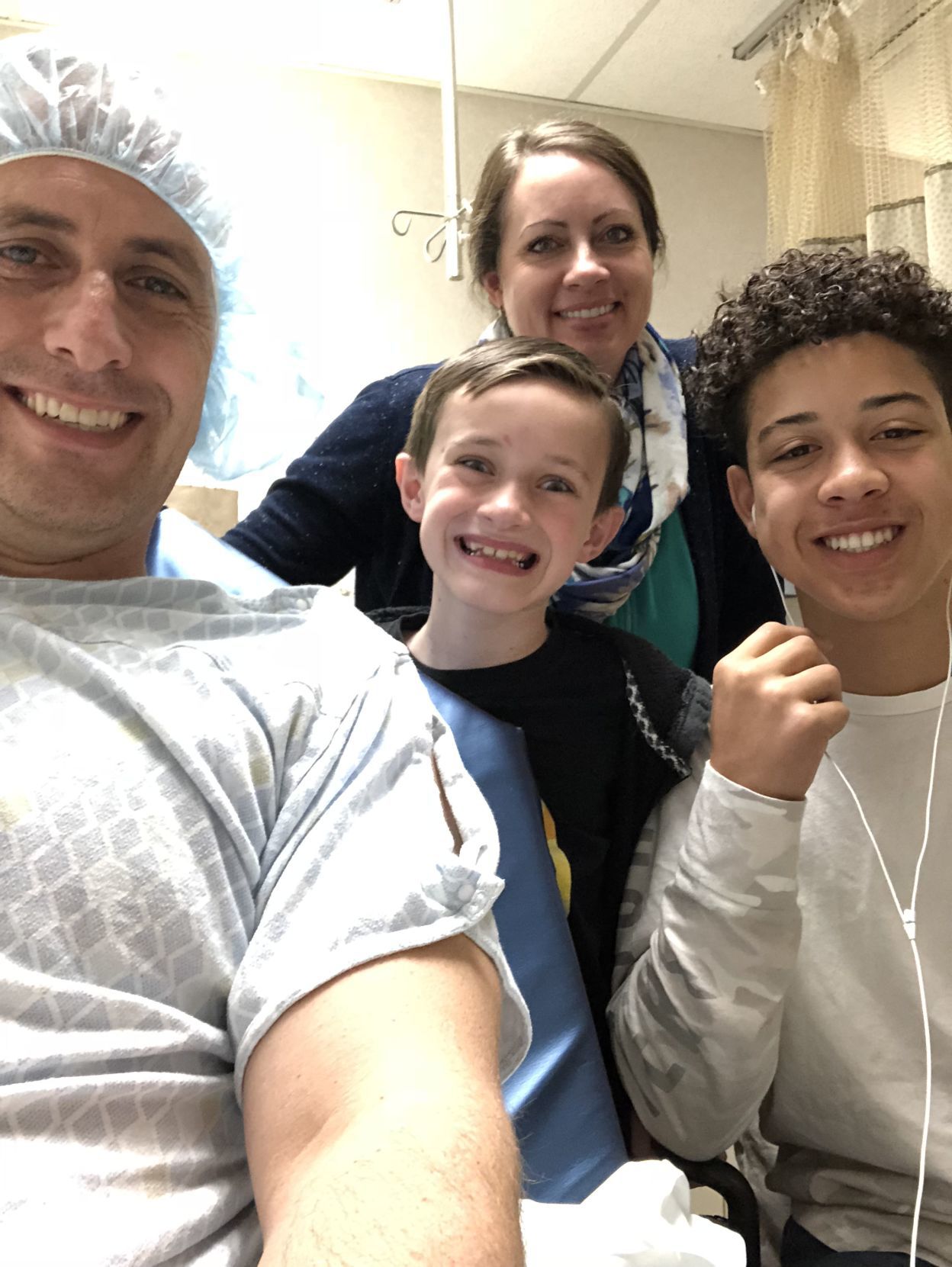 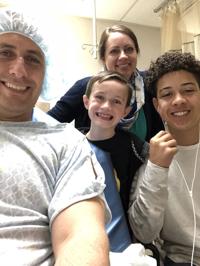 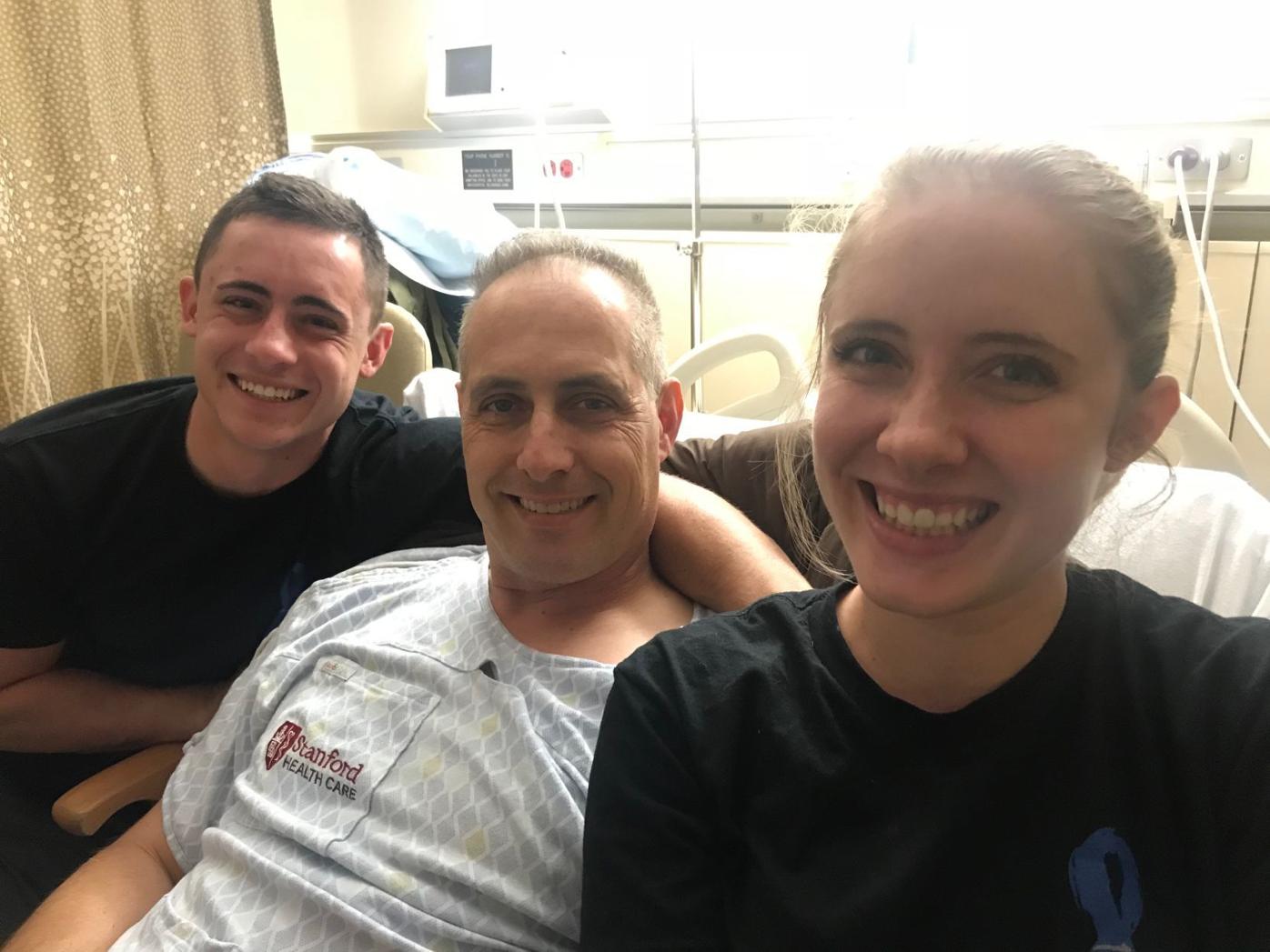 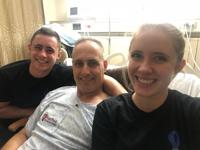 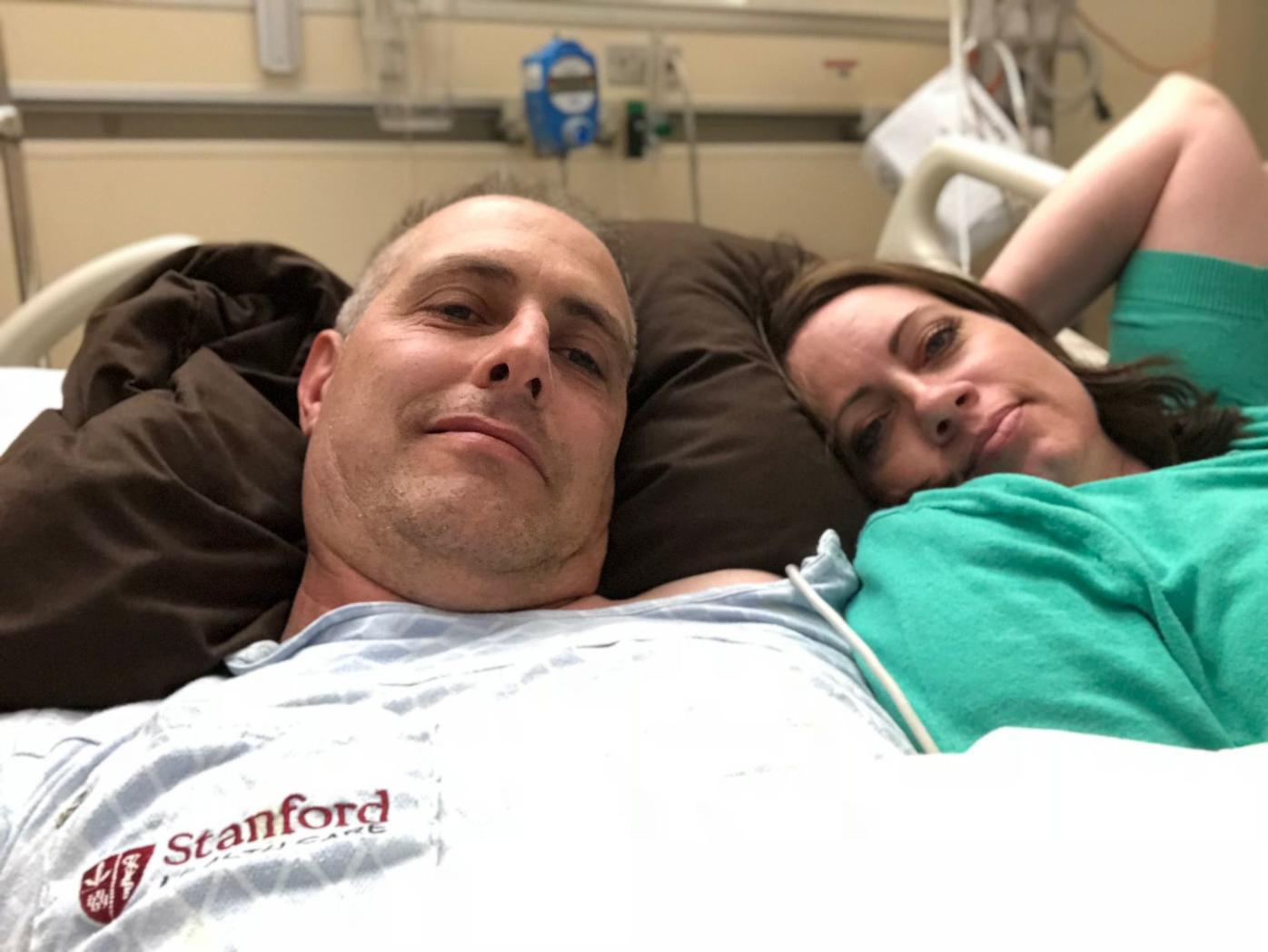 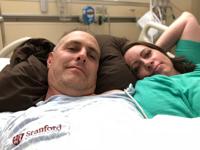 HANFORD — You can’t throw a rock in any direction in Hanford without hitting someone who has something nice to say about Hanford Police Chief Parker Sever, from helping someone on the side of the road change a flat tire to taking the time to wish someone in his department a happy birthday.

“He is one of the best men that I know,” Hanford Police Capt. Karl Anderson said.

Lemoore Police Chief Darrell Smith, who is also close with Sever agreed, saying he is truly one of the best people someone could ever meet.

“He is the most positive person who has the ability to lighten the room up with his presence,” Smith said.

Talk to Sever today and he’s still the outgoing and positive person people describe him as, but the last few months have had some not-so-cheerful moments for the police chief of three years.

After noticing some unusual symptoms in December 2017, Sever said he booked an appointment for a colonoscopy.

“That’s when they found the tumor,” Sever said. “They pretty much told me right out of the colonoscopy that I had cancer.”

In January, Sever had a foot of his colon removed and was told that he was cancer free. But later tests revealed the cancer had metastasized to his liver.

Since then, Sever has had about 80 percent of his liver removed through several surgeries to take out six tumors.

Sever said the outlook now is good and doctors have told him they believe they removed all of the cancer. However, he must still go through several rounds of chemotherapy to make sure it’s all gone.

Born and raised in Fresno, Sever has worked in Hanford since 1997, when he got hired right out of the police academy. Over the years he worked his way up the ranks from patrol officer to corporal, sergeant, lieutenant and captain before his current position as chief.

He said initially he wanted to keep the news of the cancer to himself, but realized he would not be able to in his public position. It ended up being a good thing because he said talking about it and meeting other people who have gone through similar situations has been helpful and given him brighter outlook.

Despite going through a tough time the last eight months, Anderson said Sever continues to be a positive role model in the department and in the city.

Sever said the captains, lieutenants and all of his department have done an amazing job during his absences.

Anderson agrees that the police department is fortunate to have a great staff, who has done as much as they can to take the burden off Sever while he focuses on his health and his family.

“We know he’ll make it through and everything will get back to normal,” Anderson said

One of the things Sever said he didn’t realize until he got sick was just how important his job and his police department family were to him.

“I really love and care about the people that are here,” Sever said. “When I’m not here, I miss them.”

It’s not just the Hanford Police Department that is a family, but the entire law enforcement community in Kings County has each other’s backs.

Several Lemoore Police Department officers teamed up with CrossFit Lemoore to hold a fundraiser on Saturday for Sever.

“He’s role model in the community,” said Lemoore Officer Kevin Kurtz, one of the coordinators of the fundraiser.

Kurtz said he wanted to do something to support Sever, and knowing actions speak louder than words, teamed up with CrossFit Lemoore owner Ryan Rocha to come up with the idea for the fundraiser.

Kurtz said Rocha came up with a workout to honor Sever, and with a $20 donation, participants will be able to get a workout in that includes a commemorative shirt. He said there will also a bake sale and raffle, with all the proceeds going to the Sever family.

Kurtz said Kings County is a tight-knit community and the more people that show up, the better.

Sever, who is getting treated in Stanford and has incurred several new expenses related to his treatment and travel, said the fundraiser is very-much appreciated.

“I’m blessed to be on the receiving end of their kindness,” Sever said.

Sever and his wife of 25 years, Pamela Sever, have five kids ranging in age from 23 to 9. Telling his kids was difficult, but through it all, Sever said his family has been awesome, especially his wife.

“Overall, I think it’ll bring us closer together,” Sever said.

Although the chemo makes him feel bad, Sever said he’s glad to know it has been effective so far and encourages people to get checked out if they notice anything unusual with their bodies.

“When you catch these things early, you have a much better chance of having a positive outcome than if you wait and try to avoid it,” Sever said.

A fundraiser benefiting Hanford Police Chief Parker Sever as he battles cancer will be held at 9:30 a.m. on Saturday at CrossFit Lemoore, 711 W. Cinnamon Dr.

A $20 donation will include a workout and t-shirt. There will also be a bake sale and raffle.

All of the proceeds will go directly to the Sever family.