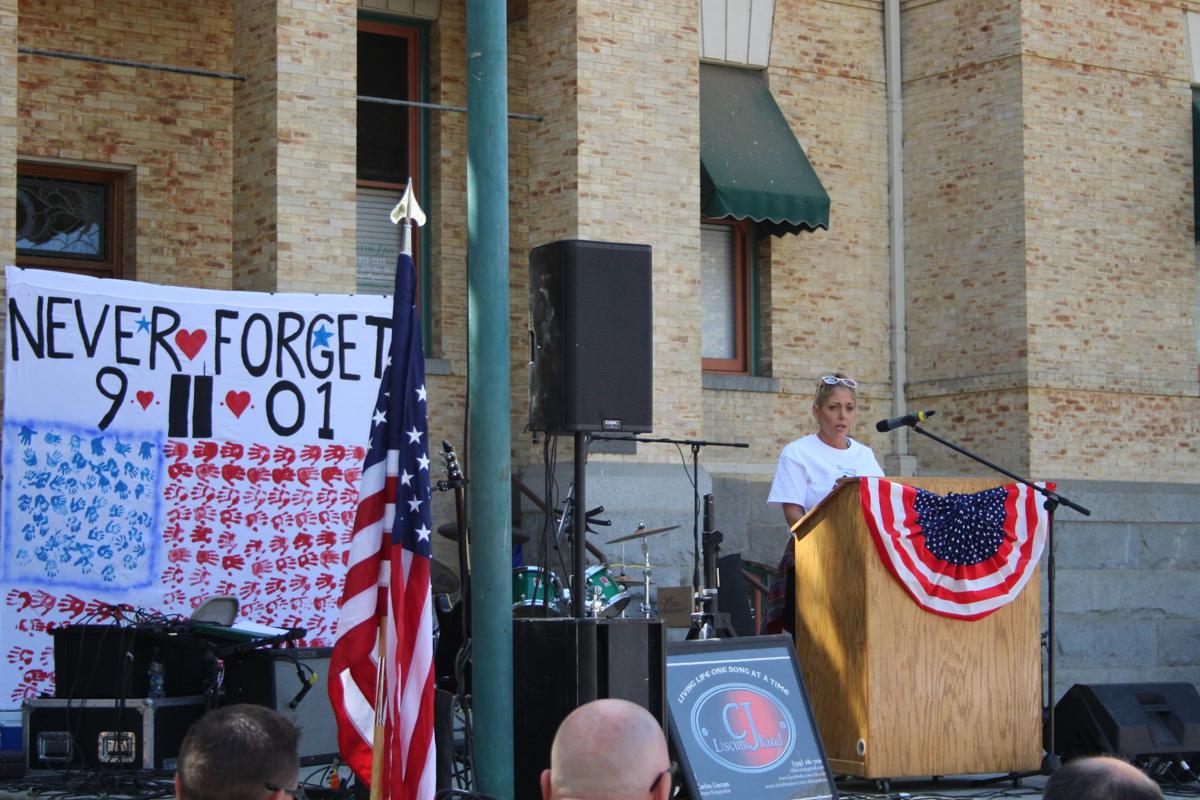 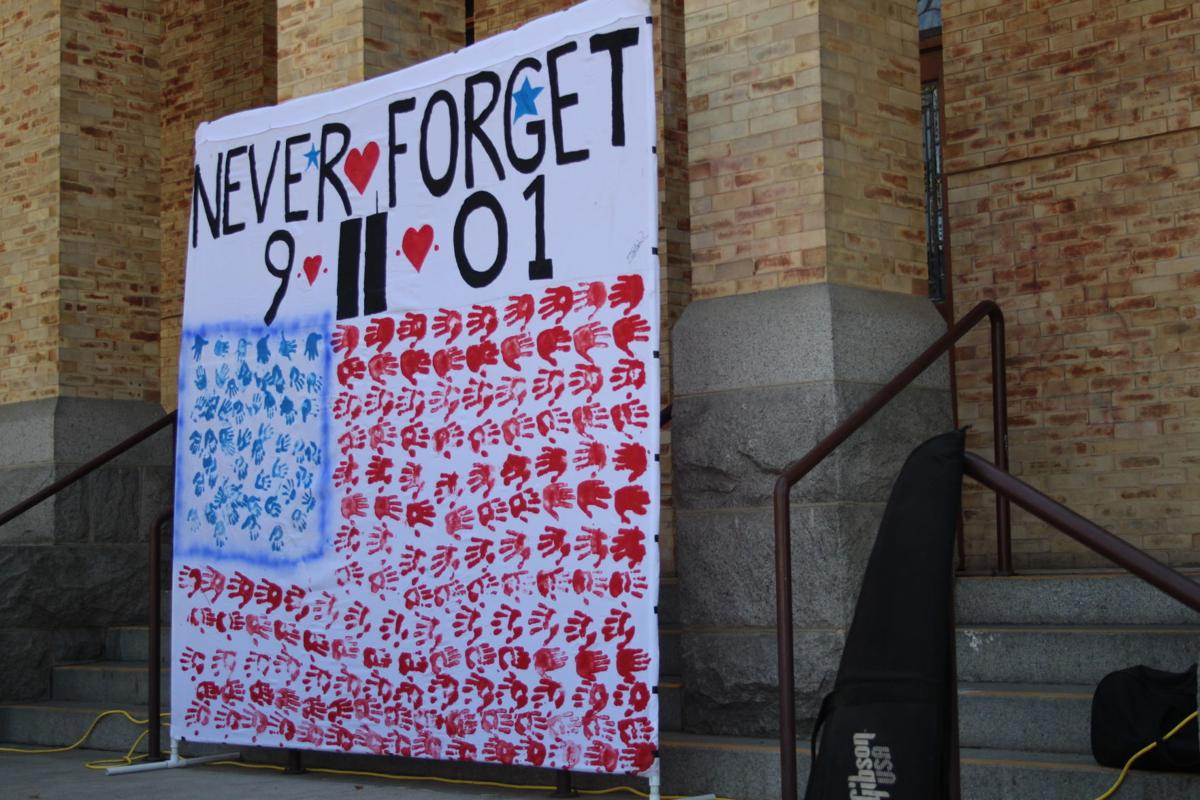 Children of Lee Richmond Elementary School helped create a back drop for the 2018 Patriot Day Luncheon.

Children of Lee Richmond Elementary School helped create a back drop for the 2018 Patriot Day Luncheon.

HANFORD — In its fifth year, the annual Patriot Day Luncheon has grown from starting in founder Shelli Barker’s kitchen, to hundreds of attendees at Civic Center Park.

The event’s goal is to not only educate kids about the Sept. 11, 2001, terrorist attacks, but give them an opportunity to sit down, have lunch and get to know the local first responders that they may have to interact with someday.

Barker said she feels like it’s important to let kids know that the negative videos they see on the internet don’t always tell the truth, and that first responders, like police officers, are moms and dads just going to work and doing their jobs every day.

“Humanizing the badge is basically my goal,” Barker said.

After 9/11, Barker said she adopted a soldier as part of a program by then President George W. Bush. She said she decided to start the Patriot Day Luncheon after being a part of the soldier’s emotional support system.

This year, the luncheon will be held from 11 a.m.-2 p.m. at Civic Park. It has continued to grow in terms of how many students attend and Barker said this year, over 75 seventh-grade students will participate.

During the event, Hanford Police Department and Hanford Fire Department will have their honor guards, and there will be a moment of silence and calling of the codes.

While Barker can’t recognize of every first responder who died during or in the aftermath of the attacks, all local first responder departments will have a representative and Barker will honor their fallen by reading their names.

When Barker does her speech, she educates the kids — all of which were born several years after the attacks — about what happened that day and the aftermath. There will also be a guest speech by Hanford Police Chief Parker Sever.

Barker said she has gotten nothing but positive feedback about the event from first responders, who she said are happy about what she is doing to promote positive interactions between kids and law enforcement and first responders.

The whole event has gotten so large, Barker decided to create her own nonprofit called “The Ground Zero Project.” Its motto is “First Response for First Responders.”

Barker said the nonprofit will be set up like a veterans organization, but one that caters to first responders. She said it could help with travel costs or food costs if a first responder is hurt and can’t work.

In the future, Barker said she would like to apply for grants to help fund the nonprofit, along with hosting more events to bring the community and first responders together and benefit everyone.

During the luncheon, Barker will have a booth set up with Ground Zero Project shirts and hats for sale. She said 100% of the money will help fund the nonprofit.

Barker is also starting GZP Kids, which will teach kids how to give back to their community.

“Change starts at the local level,” she said.

Along with using resources from other local nonprofits in previous years, Barker said there were several individuals and business that believed in her mission from the first day and sponsored her without question.

Barker said she’s grateful to know that people saw her passion and were willing to help her. She said she wouldn’t be where she is today with the event or nonprofit without those supporters.

“I didn’t do this by myself,” Barker said.

The free event will include food and live music.