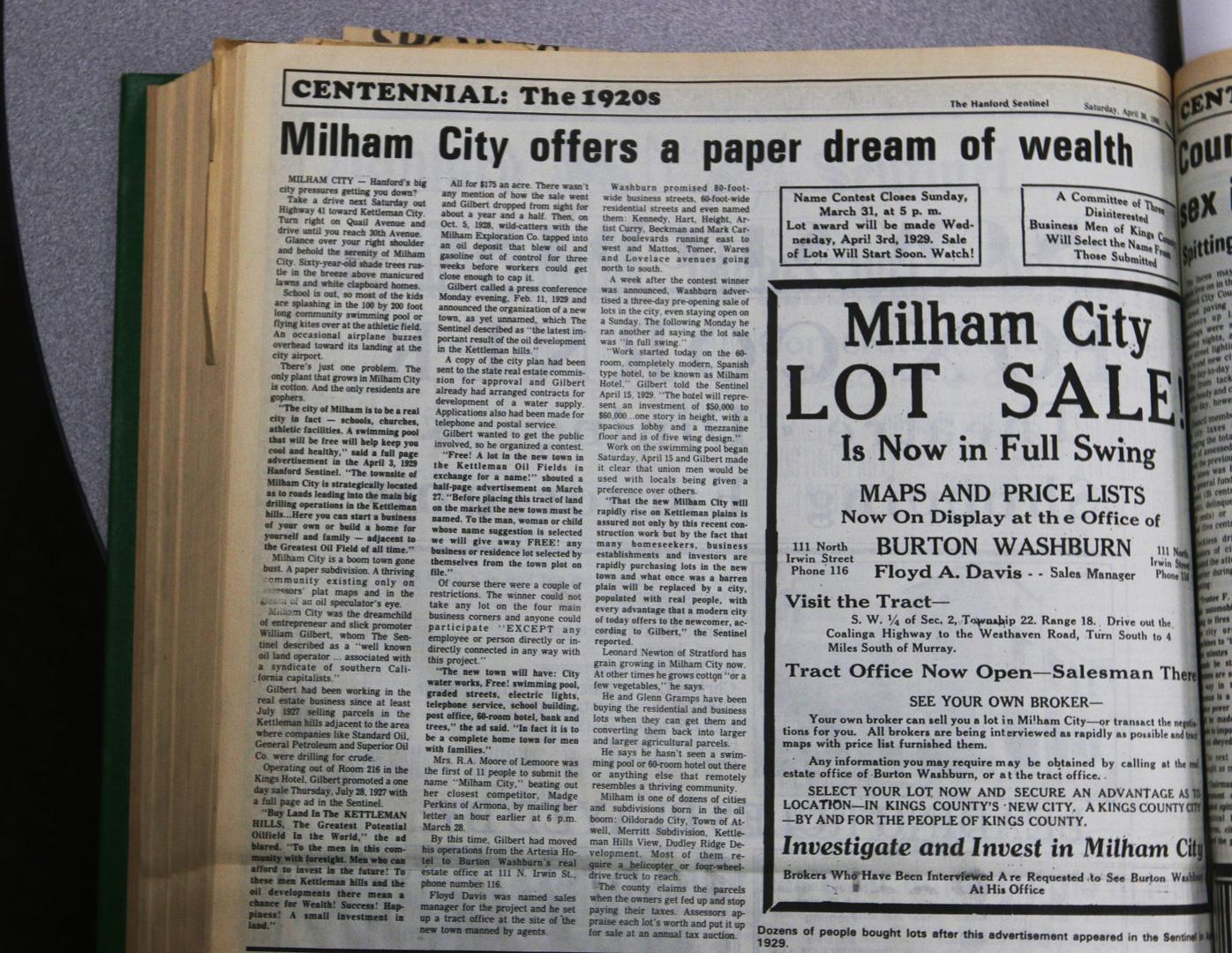 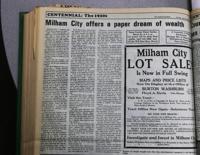 A Hanford Sentinel page from the 1920s advertising lots for sale in Milham City, a new city near Kettleman City that never materialized. 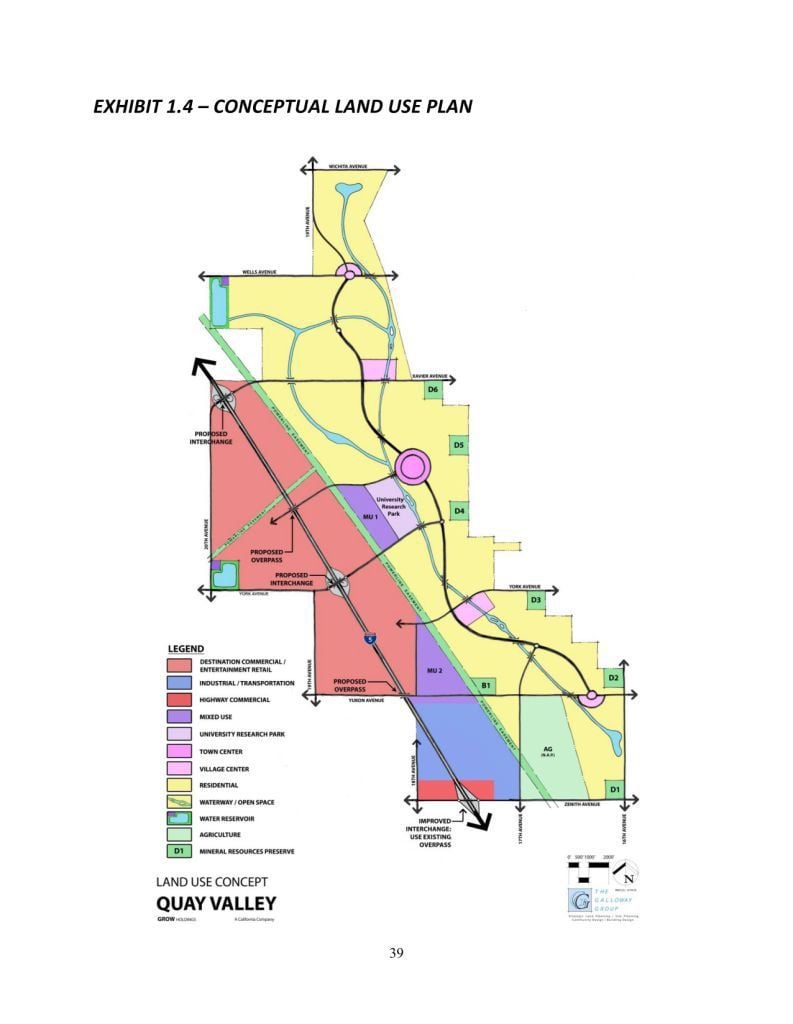 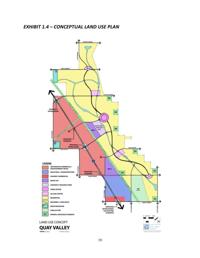 A Hanford Sentinel page from the 1920s advertising lots for sale in Milham City, a new city near Kettleman City that never materialized.

HANFORD — Ever heard of Quay Valley, the new city proposed for land off Interstate 5 south of Kettleman City?

It’s not the first new settlement proposed for the flatlands of southwestern Kings County.

A look back in the Sentinel archives reveals a proposal for “Milham City” that surfaced in the 1920s.

Milham City was to be located a few miles northwest of Kettleman City not far from the current path of Interstate 5, which was completed in 1979.

Alongside the article was an advertisement for Milham City lots.

There were to be swimming pools, schools, airport and a grand new hotel.

There’s only one problem: It never happened.

Current Kings County supervisors say Quay Valley could face that same fate due to a number of obstacles facing the concept of a futuristic, eco-friendly commercial/residential hub halfway along Interstate 5 between Los Angeles and the Bay Area.

Supervisor Joe Neves said there were three or four new cities proposed in Kings in the early years of the 20th century, and none of them came to fruition.

He cited Empire City, a proposed town to be located near Stratford.

And then, of course, there’s Milham City.

“At this point, I would have to put Quay Valley into the same category as Milham City, except at this point [Quay Valley] isn’t selling individual lots,” Neves said.

Neves said that Milham City may have had a greater chance of succeeding than Quay Valley does now, largely because of factors that existed at the time but are absent in the current picture.

Tulare Lake had been drained. There was a plentiful water supply. Farming operations were expanding and thriving. The oil and gas industry was going great guns in the Kettleman City and Avenal area. New road networks were being built, allowing people to contemplate living farther away from work.

“Everything was just on the upswing [in the 1920s],” he said. “Unfortunately, now we’re in a shrinking mode. Today, I just have a hard time being optimistic of economic development being able to form a new community.”

Other supervisors question whether Quay Valley will ever be able to prove that it has enough water to support a new city.

Legally, Quay Valley planners have to prove they have secured enough water for the city to survive a five-year drought.

Grow Holdings LLC, the Los Angeles company behind the proposal, couldn’t be immediately reached for comment.

“I have not heard that they can find a sustainable water source,” said Supervisor Craig Pedersen. “In our region, we’re in a fight for existence just to try and scramble to get water, and all we’ve done is lose water. I don’t know what [Grow Holdings] brings to the table that might reverse that.”

Neves said he’s having difficulty envisioning an industry that would sprout up to support the jobs Quay Valley needs.

Hyperloop is a conceptualized vacuum tube transport system that could theoretically whoosh humans or cargo along at supersonic speeds of 750 mph.

Hyperloop Transportation Technologies Inc. has submitted plans to Kings County to build a five-mile linear hyperloop prototype at the site. There’s been talk of a research hub springing up around the testing facility.

Neves said he likes the hyperloop idea. He just has trouble imagining it creating enough jobs to conjure a whole new city into being.

“What is the economic engine of that community?” he said. “I feel that I’m fairly open-minded, but I just cannot grasp the concept that they have.”

"What is the economic engine of that community? I feel that I'm fairly open-minded, but I just cannot grasp the concept that they have."