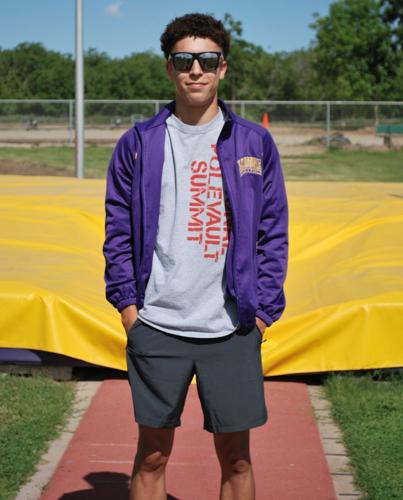 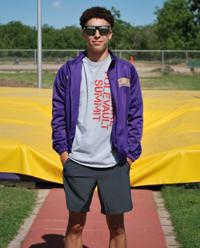 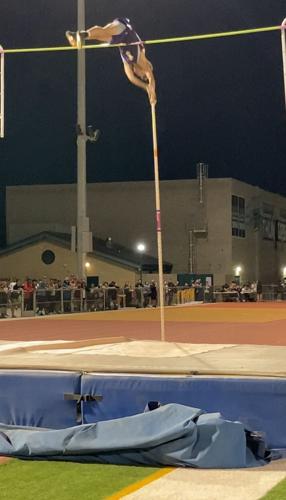 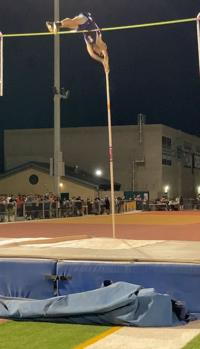 Shane Bagley, 17, is a hard-working senior at Lemoore High School whose ambition and work ethic are paying off.

On April 29, he broke Lemoore High School's decade-old pole vault record with a vault of 16 feet 5 inches, ranking him second in the state and 20th in the nation during the Thunderbird Classic at Robert F. Kennedy High School in Delano.

"Shane has worked hard to overcome a lot and that work has paid off. I am looking forward to seeing what he will achieve at state," said Bagley's coach Joseph Bonner, who has been coaching Bagley since he was 10 years old.

"I just decided to try it at practice one day and found I was naturally good at it. I knew I wanted to be better than good though and that took work," he said recently, speaking as he sat on a bench near the high school practice field.

Bagley will graduate this year and continue on to college.

"I'm going to go to College of Sequoias and I want to major in business," he said, adding "I just like business and I think that it would be something good for me in the long run, and athleticswise I like the coach there. Coach Fraley teaches at COS so he's a very good coach and I believe that he can make me very good."

Before then, Bagley said his goal is to be first in the state, a goal he hopes to accomplish at the state meet that will be held in about a month.

Bagley said his teammates push him to do better. "My friend Elijah is like my best friend. He pushes me to be better, to be the best," he said.

Bagley said he manages the pressure to succeed by staying focused, "making sure you don't have a lot of things in mind. Only focusing on the fact this is competition and not practice."

"Being an athlete has a lot of things it teaches you, and when things don't go your way, you just keep trying and then eventually they will. I’ve learned persistence and patience more than anything else," Bagley said.

Having recently lost his father to amyotrophic lateral sclerosis, or ALS, Bagley discussed the way track and field has helped him cope.

"Track takes my mind off things," he said. "So whenever I come out here it's like I only care about this. It's not like all the other things in my life can get me here. The minute I get on the track, I don't have to be worried about school or my home life."

When it comes to preparing post-competition, Bagley said win or lose, he thinks about what he did, whether it was right or wrong.

"When I don’t do so well it helps me to perform better and when I do well, I am able to know exactly why I did so well," he said.

His seven years as an athlete have helped Bagley learn a lot about setting a goal and working towards it, he said.

"Okay, there will 100% be those days where it is not fun, cause pole vault is one of those events that will go perfectly one day, then the next day it will be extremely hard, like it will not go your way at all.

"But those are just the off days. Those end and then after that it’s good again. But you always have those days, yeah, so just be prepared for the off days here and there. But it's going to be better after those off days cause you learn what did you do wrong and you can fix it."

Bagley said persistence and having a goal are the two most important lessons he has learned from pole vaulting.

"As long as you have a goal you always have something to work for. So like for me it's jumping higher, but in real life it could be getting the job you want. Just having the goal of aiming higher than where I am at to see how far I can go."