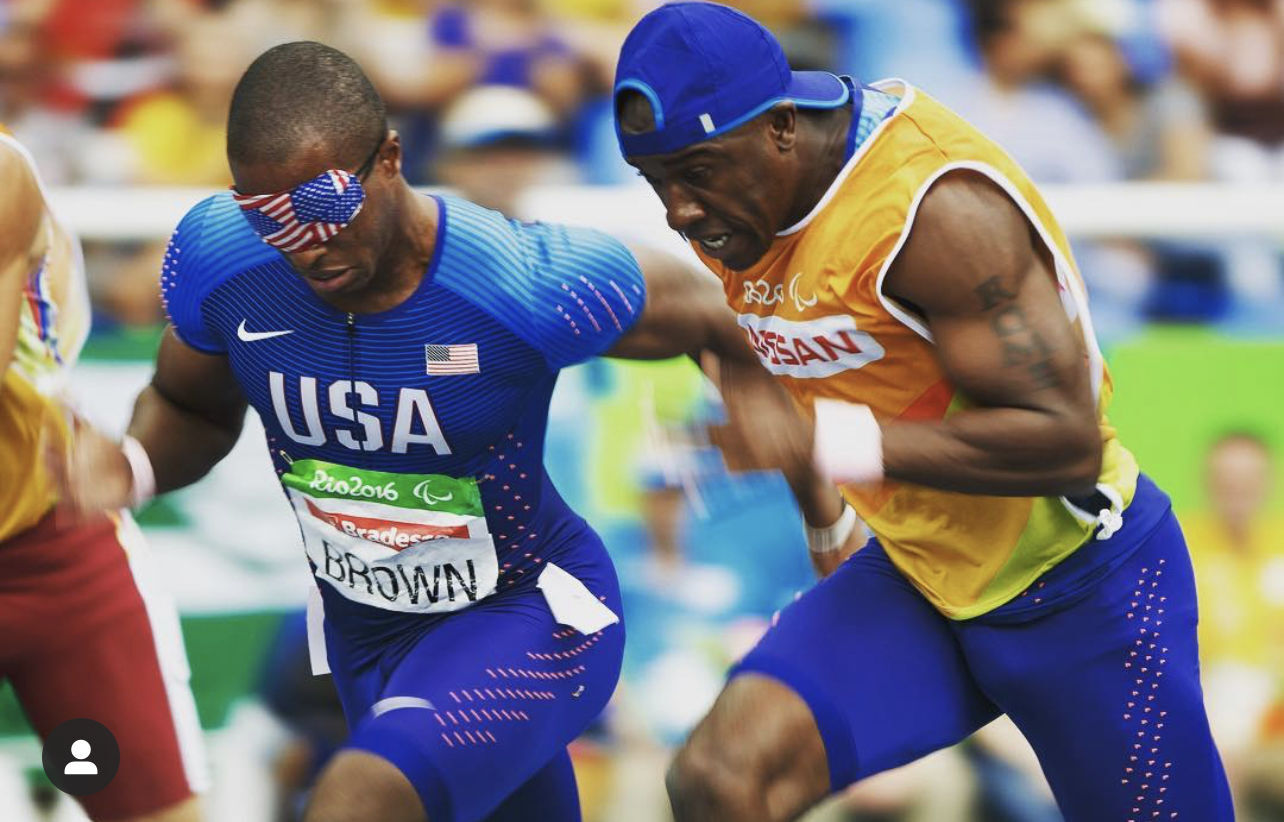 David Brown, left, and Jerome Avery will run in the 2021 Paralympic Games in Tokyo starting Aug. 25. 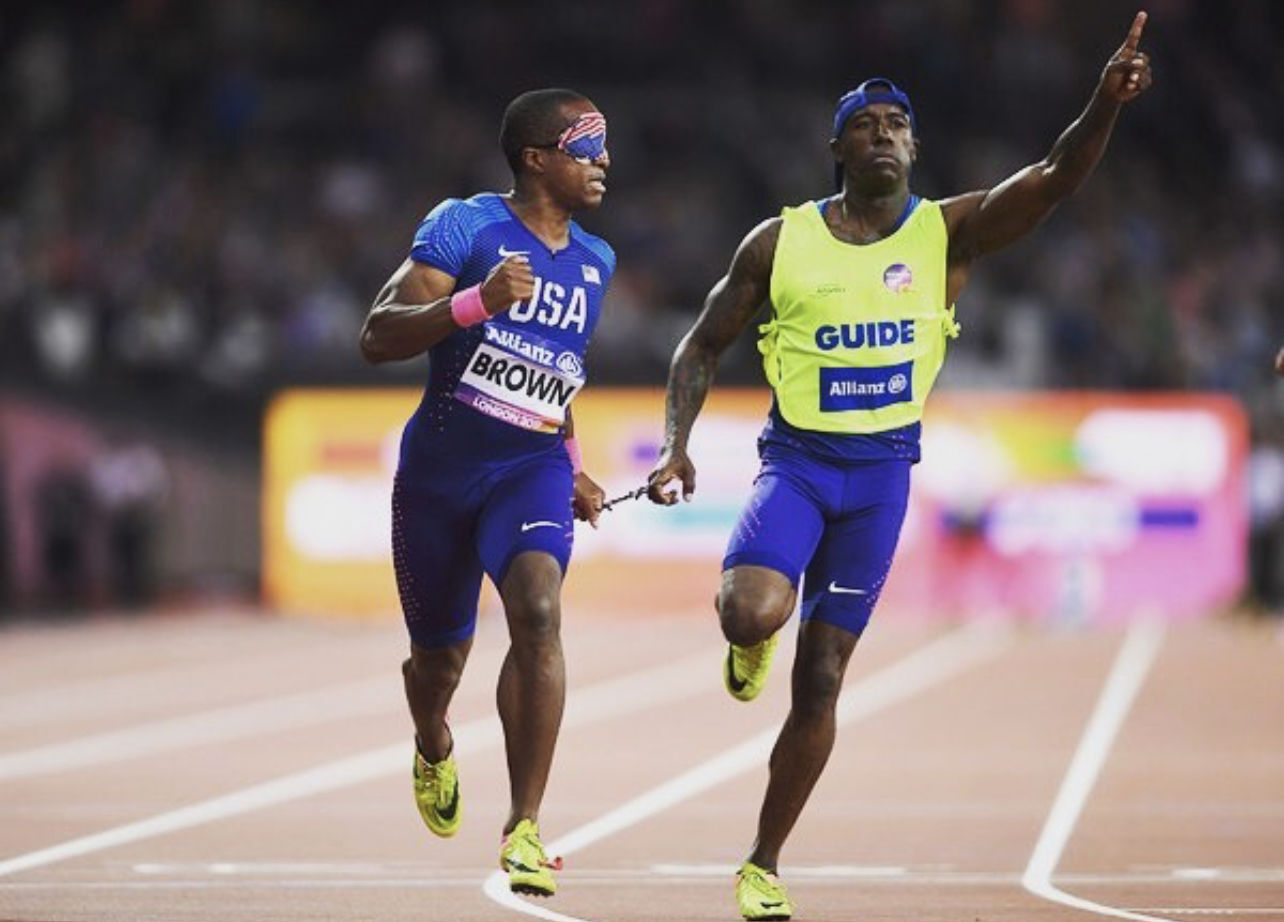 David Brown, left, and Jerome Avery will run in the 2021 Paralympic Games in Tokyo starting Aug. 25.

LEMOORE — On the race track, two men run side-by-side, tethered at the wrist.

One of these men, Paralympic runner David Brown, is totally blind. The man attached to Brown is Jerome Avery, his guide runner. Avery is Brown’s eyes, relaying everything to Brown and encouraging him all the way to the finish line.

The others are fast, but not quite fast enough. Passing the 90-meter mark with the end in sight, Avery gives Brown the final push.

This has been Brown’s and Avery’s technique for the last seven years and it won them a gold medal at the 2016 Paralympic Games in Rio de Janeiro, along with a new Paralympics record in the 100-meter dash at 10.99 seconds. They’ve since shaved their time down to 10.92, Avery notes.

A Lemoore native, Avery initially tried out for the Olympics but missed the cut. When a single-leg amputee he was training with told him the Paralympics were looking for a guide runner, he found his calling and since then, he’s been the guide-runner “go-to-guy” for Team USA. He’s qualified to run with his blind partners in 2004, 2008, 2012 and 2016. With the sole exception of 2012, he’s helped put every athlete he’s run with on the podium. In 2014, he was paired with Brown and they’ve been running together ever since.

It’s not easy work. Despite being blind, they’re still on par with their sighted counterparts. This means the guides bound to them need to be in lockstep with runners. This also means he had to keep up with Brown’s record-breaking dash in Rio. Then he has to switch his mechanics to account for being taller than Brown. Finally, there’s an age difference to consider — Brown is 28, Avery is 42.

In 2020, COVID put the Tokyo games on hold, but in that time, both of them have been getting ready.

“I definitely think for a lot of us athletes it was kind of a blessing in disguise, considering that we train day-in/day-out and we only get a month out of the year, if that, to rest and recover for our bodies,” Avery said. “For me, not only did it give me time to heal my body fully, but it also gave me time to think about those things that I was lacking in.”

For Avery, this meant cleaning up his nutrition and working on hydration – two things that he’s become more mindful of as he’s gotten older.

As for Brown, he used his downtime to step back and reevaluate his technique. Brown started preparing for the Paralympics fresh out of high school in 2012, not really understanding the extreme training that goes into track for things such as lifting and nutrition. He also worked on improving coordination, as he was prone to zig-zagging as he ran.

“Even when I broke the world records and became the fastest totally blind athlete, I did not know how I did it,” Brown said. “I didn’t understand anything other than just running fast, training, whatever my coach told me to do.”

Now with unexpected time to pause and reflect, Brown evaluated what he had to do and took stock of anything he’d been missing in his routine.

Coaches wanted: Alternative Baseball looking for a home in Hanford

“Last year for me personally, I was able to find my own self as my own personal athlete and as a runner, a competitor,” Brown said. “And I was able to wrap my head around nutrition and everything that I necessarily needed in order to better myself and move forward in that sense.”

As a result of their training and their friendship, Avery says that when they finally tethered back up and were running again, it was like “riding a bike.”

“We were able to just fall back into play,” Avery said. “He came back more hungry, ready to go and by his energy, I definitely felt that that allowed me to build off of [it and] make sure that I was ready to get him going and get him ready to compete as well.”