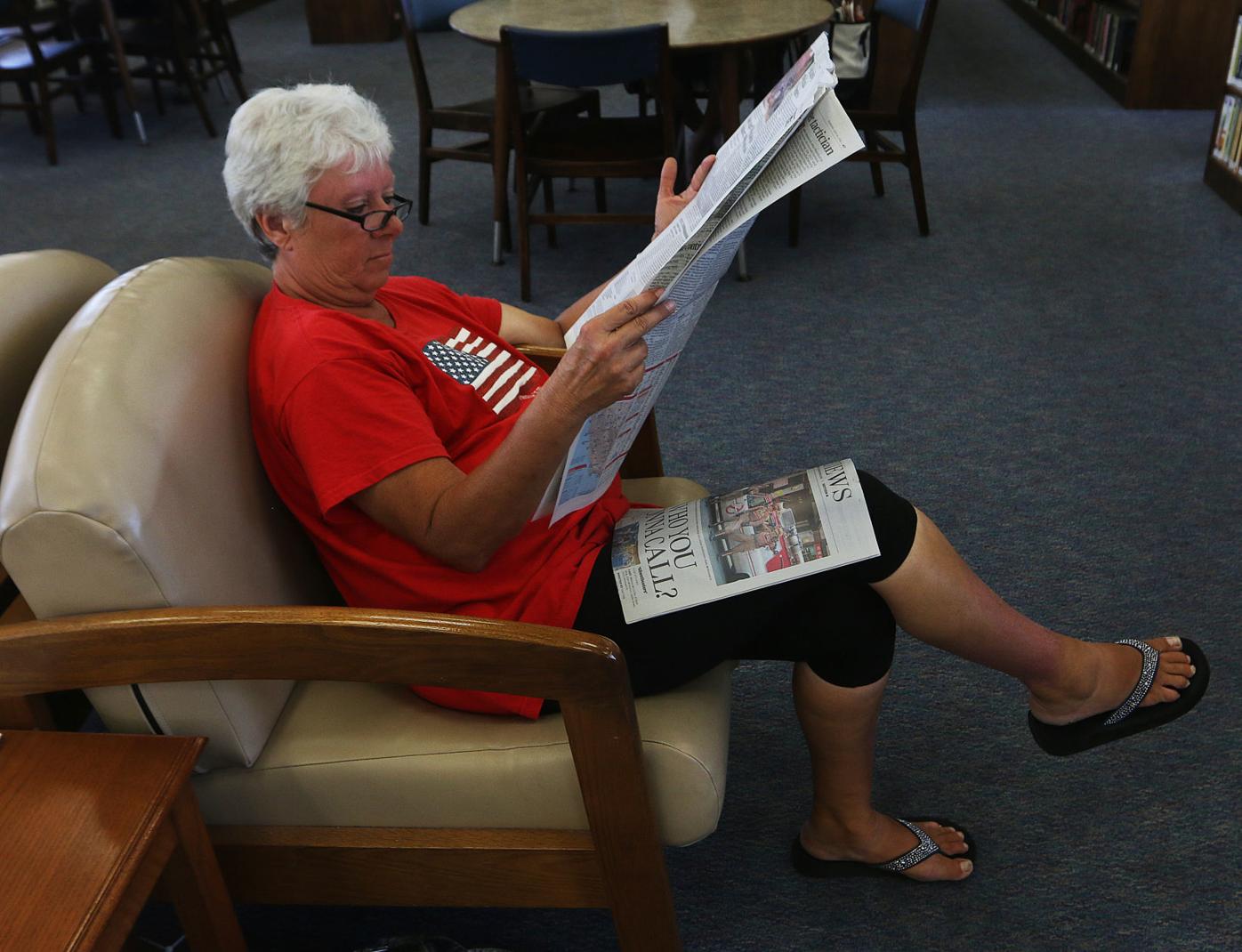 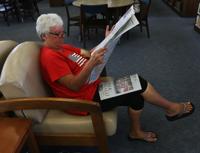 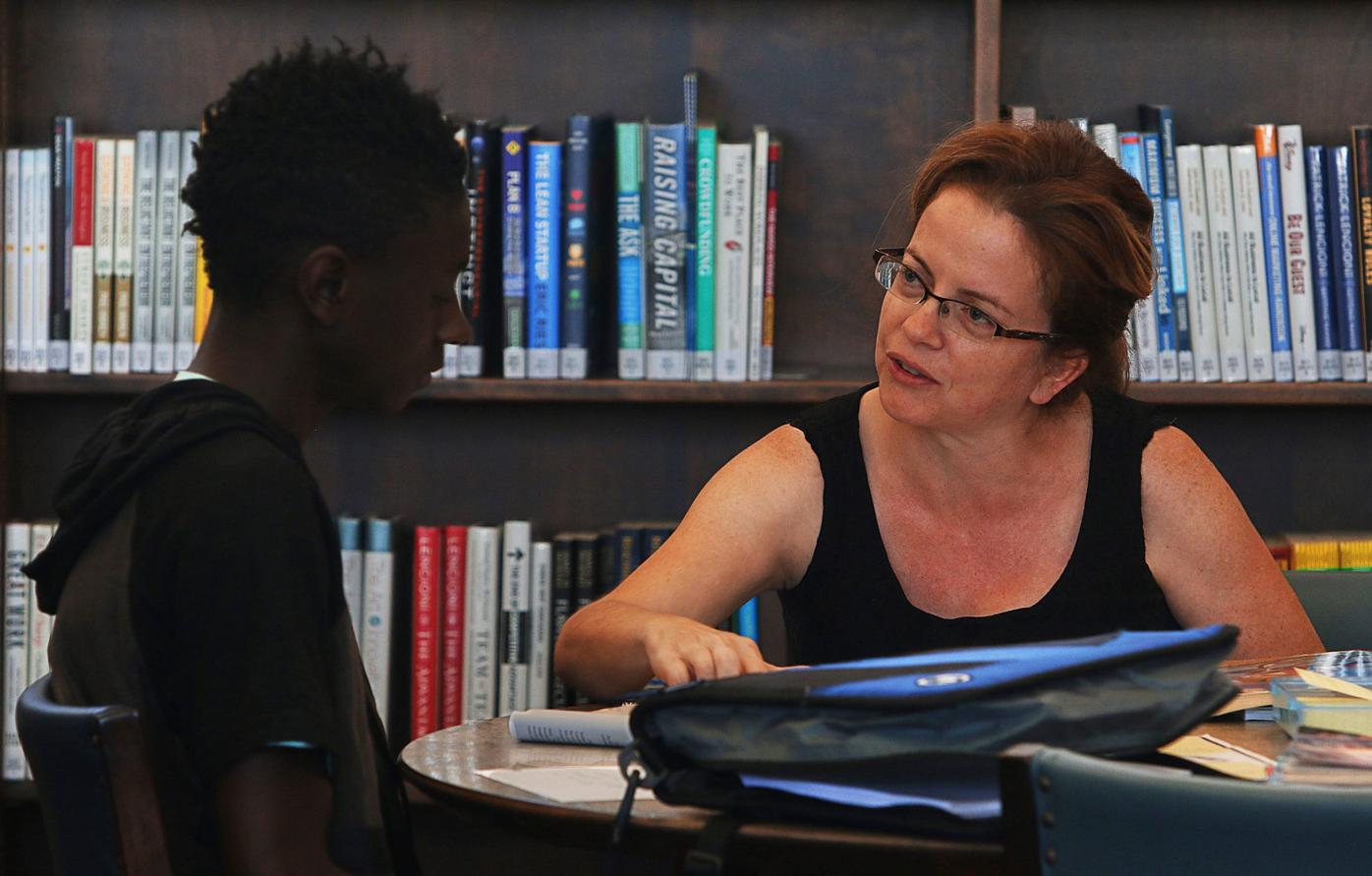 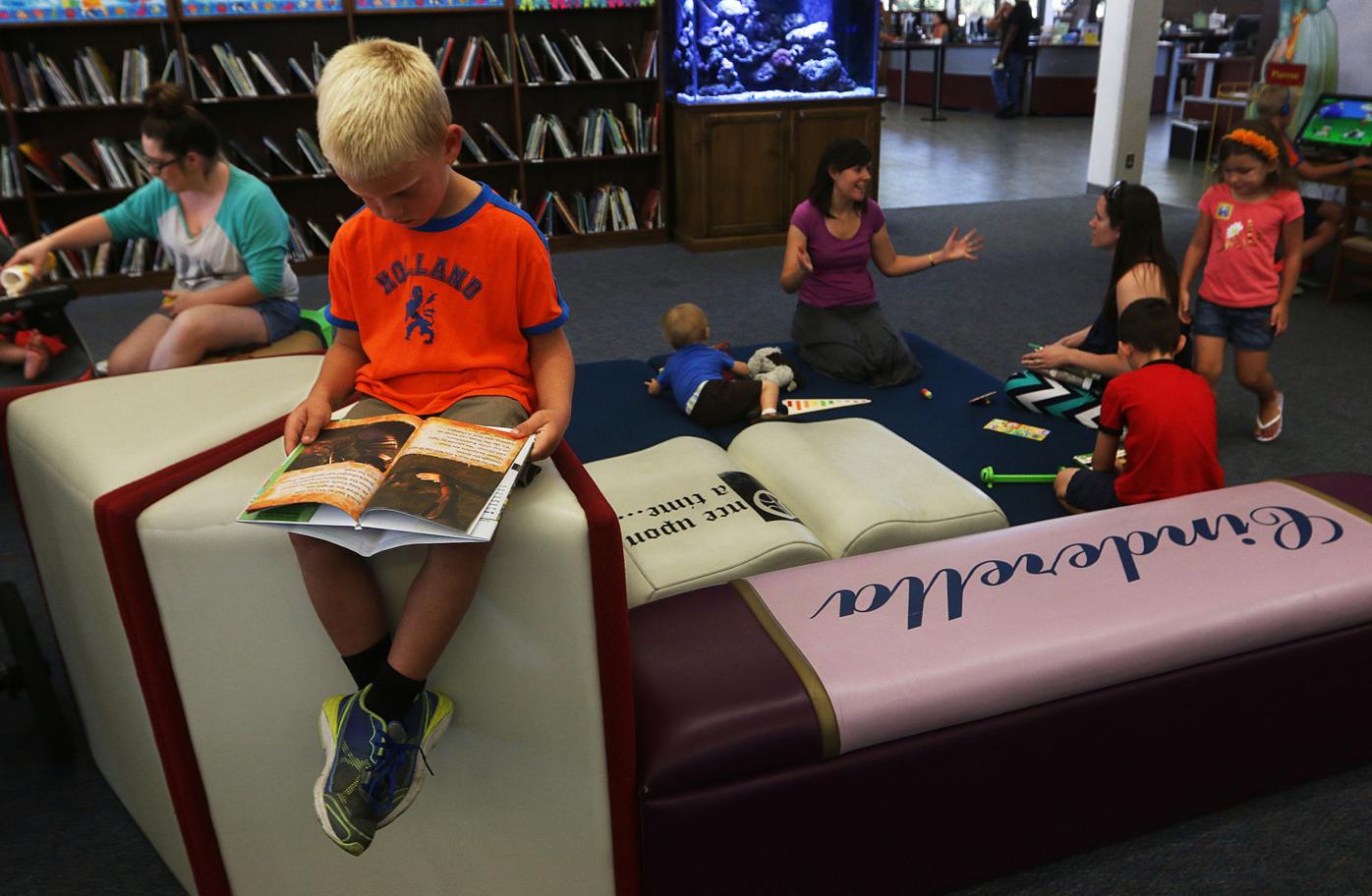 Hans Bergman reads a book in the children's section at the Kings County Library Hanford Branch on Thursday morning. 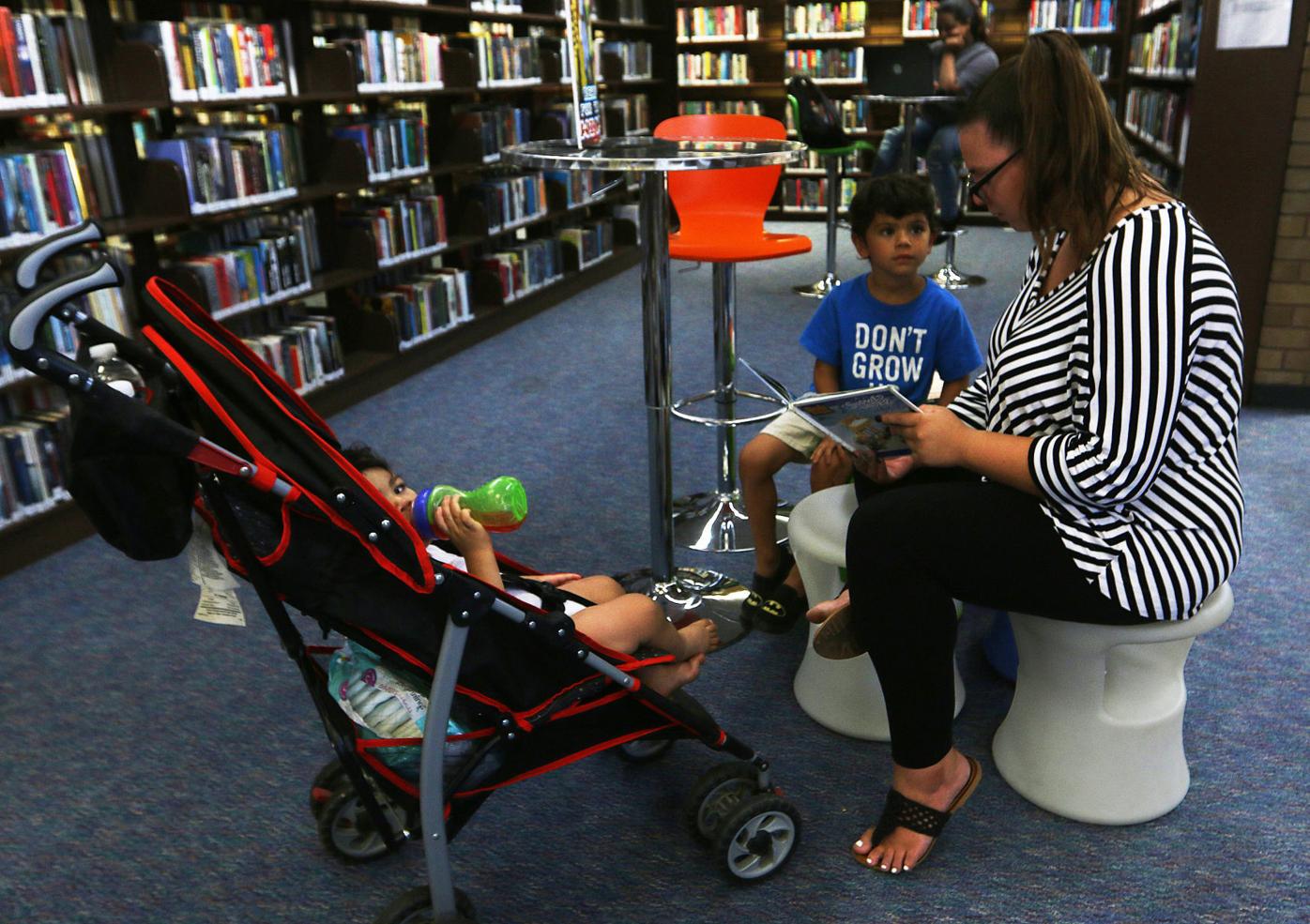 Hans Bergman reads a book in the children's section at the Kings County Library Hanford Branch on Thursday morning.

Genovie Curdiel says she's been visiting the Kings County Library's Hanford location for eight years with her two young daughters, but has noticed fewer people loitering around the building for the past few years.

"I feel safer now," Curdiel said. "But it's always really nice and friendly here, whenever you need to find a book [staff] always take you to where it is."

It's not a coincidence Cudiel feels safer and more welcome. Under the leadership of library director Natalie Rencher, county library facilities have been revamped over the past three years, and staff have received extensive training on how to make the library a safer, more inviting environment for patrons.

For the Hanford branch, safety efforts also include hiring outside help.

"[For the first time] it's in this year's budget, and we'll hire two part-time security guards, hopefully by the fall," Rencher said.

The library began documenting behavioral incidents — like a visitor yelling or making threatening statements — in 2014.  In 2014, there were 13 incidents, compared to 8 in 2015. For 2016, there are 5 recorded incidents so far.

Though incidents are rare and involve the general public  — not just homeless people — Rencher says the library's position as a public agency made her think about how to best serve visitors.

Libraries are designated "cool zones" where county residents can cool off during hot days. This means more people are visiting the library during the summer, not only to read but to have access to an air conditioner.

"In 2012 I was noticing people sleeping on the [Hanford branch] property, sleeping in the bushes," she said. "They were storing their personal belongings in bushes around the building."

The public works department has since pruned bushes to make it easier to see around them, so homeless people don't store their belongings there. The county and city police presence is also stronger at libraries: they drive around libraries several times a day.

Bike racks are no longer a place people can leave their bikes for days: removal warnings are placed on bikes left for more than a day.

Rencher says no behavior or safety training had taken place before she was hired in 2010. In three years that changed: from 2013 to 2014, staff members attended workplace safety training and a mental health first-aid class.

The library also did a building safety assessment and updated its patron behavior policy.

The training discussed not only patron safety, but staff safety as well. Building doors now have peepholes and there's more lighting at night, so staff can feel safer walking to their cars. They were also advised to walk to their cars in pairs.

Janet Holder has worked for Kings County libraries for 12 years, and says she feels more comfortable dealing with potential issues. She's thankful that a retired police officer trained staff on how to document problems at the August 2013 training.

"We're well-prepared for things that may happen," she said.

Rencher also made sure staff received customer service training through classes or online.

"It's something I truly believe in, that staff has the opportunity for professional growth and development," she said.

She says staff and the library will continue to work toward making the library an inclusive place for everyone.

"One of our priorities is to make the library a welcoming environment," she said. "It's an important part of our community."