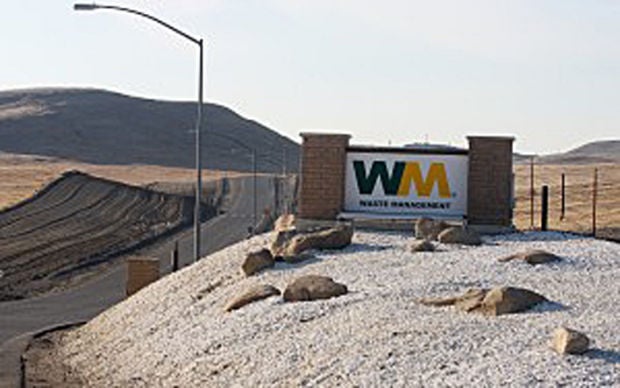 The entrance to the Chem Waste toxic waste landfill on Highway 41 southwest of Kettleman City. 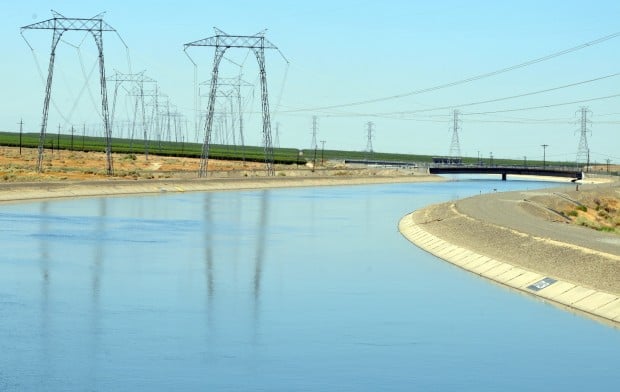 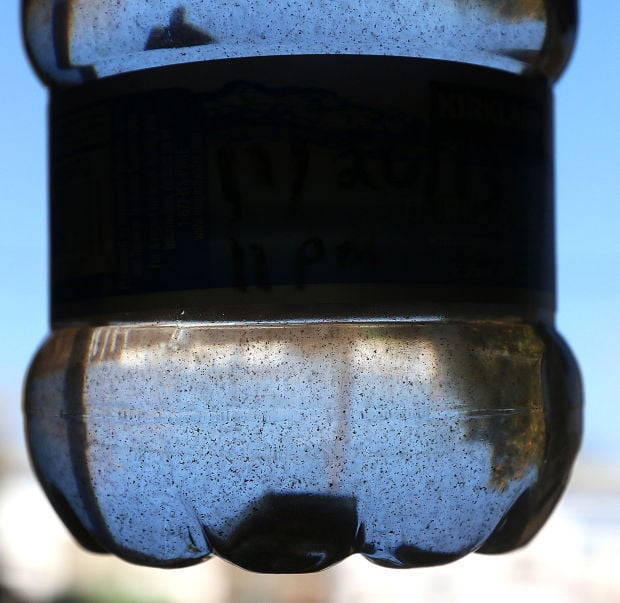 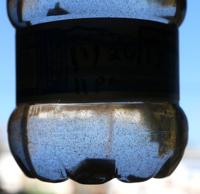 Sediment swirls in a bottle of tapwater from the home of Kettleman City resident Maricela Mares-Alatorre. (Gary Feinstein/The Sentinel)

The entrance to the Chem Waste toxic waste landfill on Highway 41 southwest of Kettleman City.

Sediment swirls in a bottle of tapwater from the home of Kettleman City resident Maricela Mares-Alatorre. (Gary Feinstein/The Sentinel)

The latest snag: A strongly-worded letter fired off by environmental groups last week that raises new doubts about funding sources for the plant, which will suck water out of the California Aqueduct and purify it, thereby replacing the polluted groundwater residents receive now.

The quest to get the project funded has multiple components, one of which is an agreement Chem Waste signed onto in 2009, when the company got a conditional use permit from the county to build a new hazardous waste landfill at the landfill complex southwest of Kettleman City.

Among other conditions, the agreement states that Chem Waste will pay off Kettleman City Community Service District’s $552,300 debt. Getting rid of the debt is important, because otherwise the water rates will be too high for the town’s economically disadvantaged residents to pay.

In the letter sent Monday, four environmental groups, including San Francisco-based Center on Race, Poverty and the Environment and People for Clean Air and Water of Kettleman City, say that Chem Waste should have paid the money as soon as the county permit was issued.

Chem Waste contradicts that. Company officials maintain that they have to get all the other necessary permits before the debt is paid.

Their argument is backed up by language in the 2009 report from the Kings County Local Assessment Committee, which brokered the Chem Waste deal. The report indicates that the debt payment agreement is tied to the landfill expansion becoming operational.

The letter opened up another line of attack by claiming that “state agencies ... have used Chem Waste’s noncompliance to justify issuing additional permits that are unrelated to the county’s land use conditions.”

That’s a veiled reference to the Department of Toxic Substances Control, which conditionally approved the hazmat expansion last year. No final permit has been issued.

A DTSC official said that Chem Waste’s promise to pay the district’s debt was and is irrelevant to DTSC’s permit approval process.

“We base our decision on the ability of the [Chem Waste] facility to operate safely,” DTSC Spokesman Russ Edmondson said. “Any decision we make has no connection with the facility’s offer to assist the water agency.”

All the confusion raises doubts about whether the water plant can start construction this summer. The county is warning that delays could threaten the $8 million construction grant from the state Department of Public Health.

Maricela Mares-Alatorre, the Kettleman contact for People for Clean Air and Water of Kettleman City, denied that delays would threaten the grant.

“The reality is, the [water] project is going to start this summer,” she said. “It’s just a matter of how much the [water] rates are going to go up.”

Public hearings on water rates are scheduled for July in Kettleman City.

Water project engineer Joe McGahan of Summers Engineering said he’s not sure if the state would actually withdraw the $8 million grant, which was awarded in 2012.

“[A delay] could put it in jeopardy, yes,” he said. “Whether the state Department of Public Health would do that, I doubt it.”

Meanwhile, Mares-Alatorre said she’d like to find a way to pay off the service district’s debt without involving Chem Waste.

“There has to be more than one option,” she said. “I don’t pretend to know what the options are.”

McGahan said he’s not aware of any alternative to accepting Chem Waste’s offer.

“Why haven’t we pursued other options?” Mares-Alatorre said. “[Chem Waste] is holding us hostage for clean water.”

Mares-Alatorre and People For Clean Air and Water of Kettleman City have long protested the operation of the Chem Waste hazmat landfill — 10 percent of the revenues of which go into county coffers as a tax.

“All the county has been trying to do is work with the community services district ... to help get the [new water] infrastructure,” said Deb West, assistant county administrative officer. “At this point, that’s what we’re continuing to do.”

HANFORD — Chem Waste’s toxic waste landfill near Kettleman City has a green light to expand, according to a decision announced Wednesday by of…

Again, I'm sick of this. Who gives a rats-arse about a "strongly worded letter" I have two strong words that should trump some letter: CLEAN WATER.

Stop holding this up. Just stop. You're harming folks by holding it up. Hold that on your conscious.