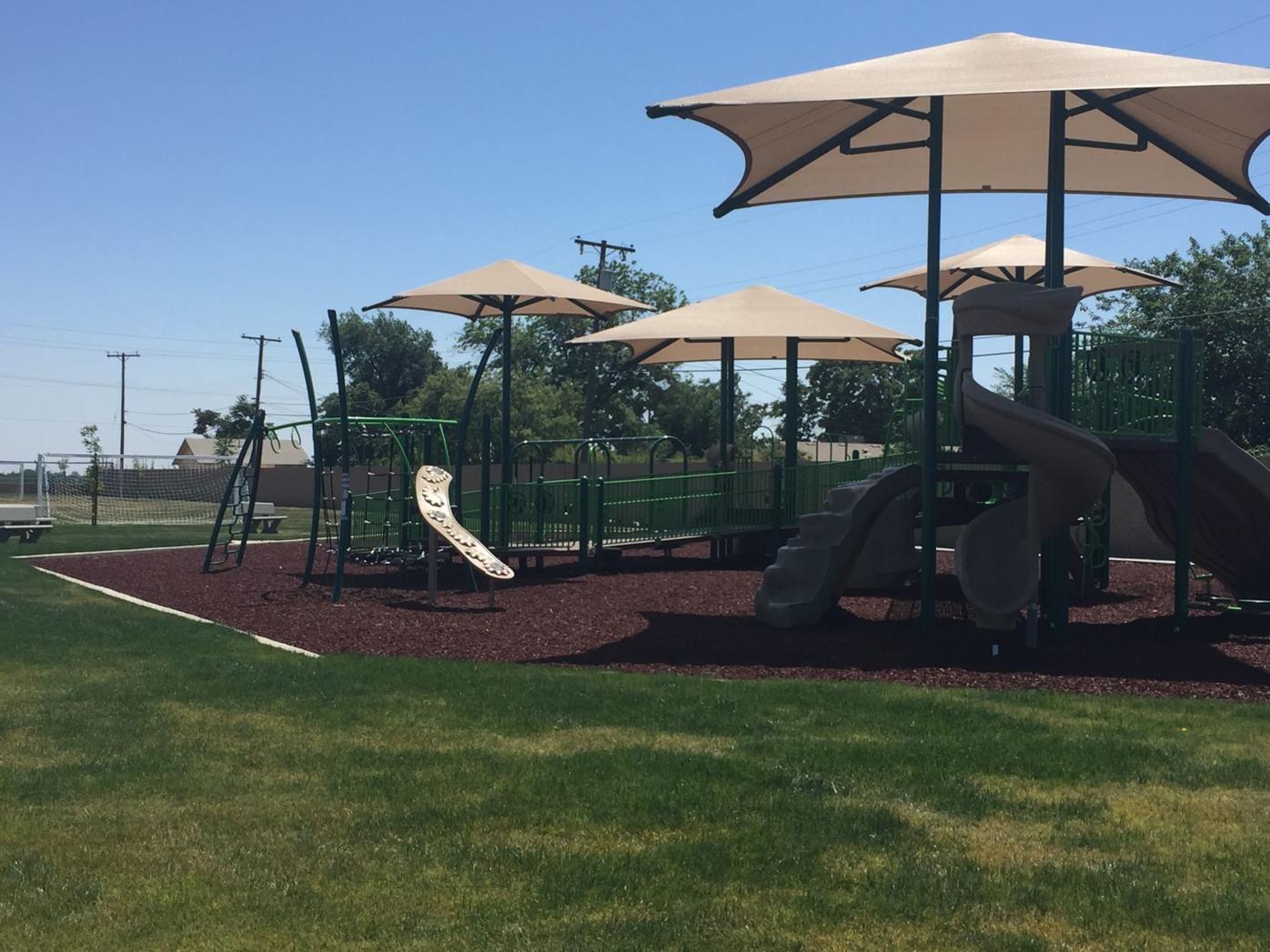 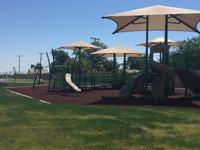 After years of construction delays, Home Garden Park is set to open Saturday. 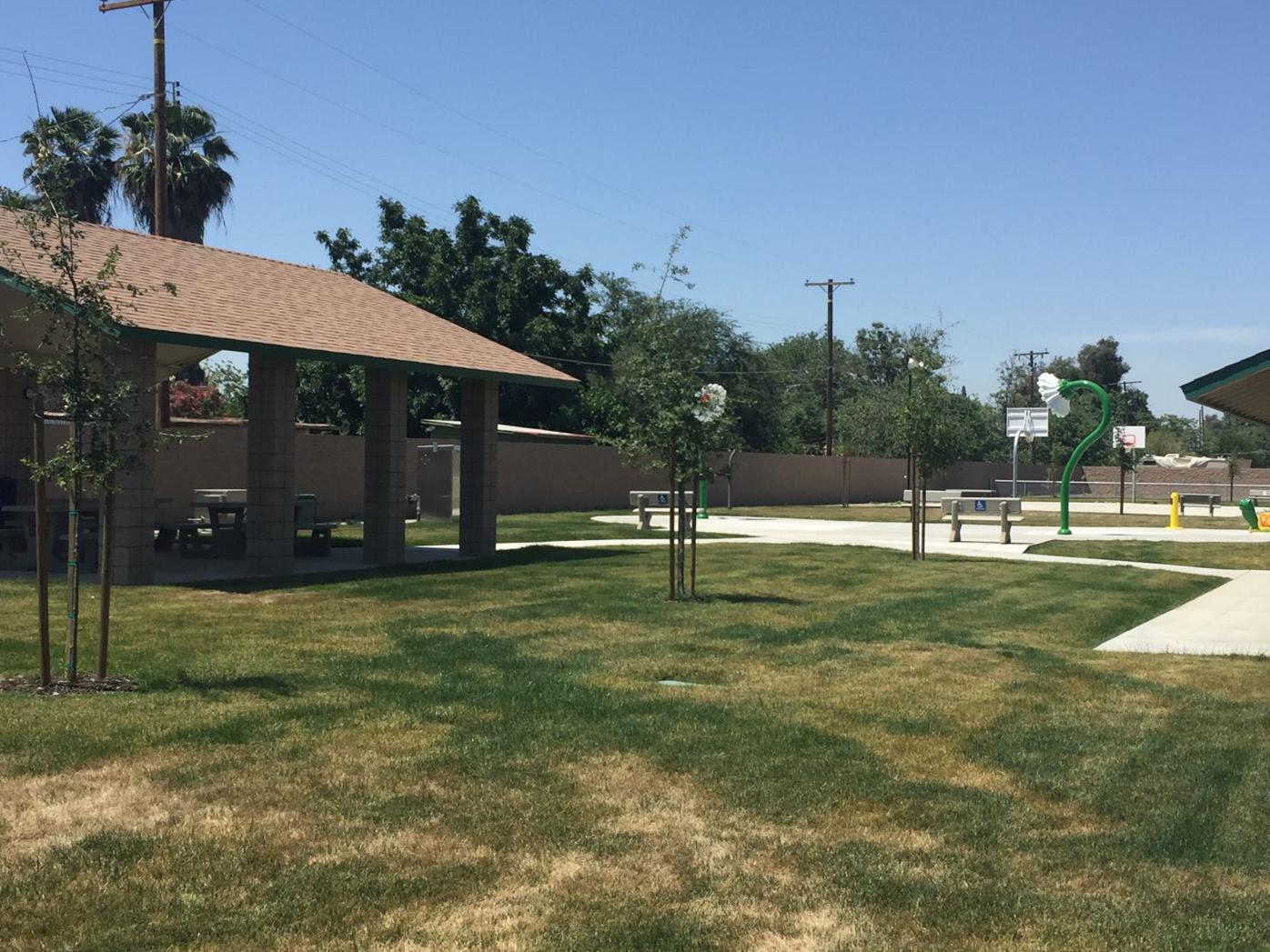 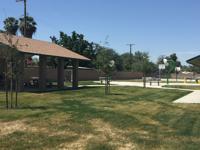 Some of the features at Home Garden Park are a playground, bathrooms, a soccer field, basketball and volleyball courts, a walkway, covered patios, barbecue grills, and a splash pad.

After years of construction delays, Home Garden Park is set to open Saturday.

Some of the features at Home Garden Park are a playground, bathrooms, a soccer field, basketball and volleyball courts, a walkway, covered patios, barbecue grills, and a splash pad.

HOME GARDEN - After years of setbacks and delays, Home Garden will finally have a park of its own.

The unincorporated area of Kings County just south of the Kings Fairgrounds will have an opening ceremony for the area’s only community park on Saturday.

Located at 11899 Shaw Place, the park will feature a playground, a soccer field, basketball and volleyball courts, a walkway, covered patios, barbecue grills, bathrooms and a splash pad.

A ribbon cutting ceremony is scheduled for 11 a.m. with a short presentation to follow recognizing people who made donations and helped get the park up and going. There will also be a luncheon.

Home Garden Community Services District vice president Harold Reed said the park will be a big benefit to the area, whose residents have longed for a place for children to play safely.

The opening of the park has been a long time coming.

Initially scheduled to open in the fall of 2014, area officials ran into a bevy of construction problems that pushed back the opening of the park for years.

Funding for the project came through a $2 million grant from the California Department of Parks and Recreation’s Proposition 84, a 2006 measure also known as the Safe Drinking Water Bond Act.

The district received the grant and chose Community Services Employment Training (CSET) as the general contractor for the park with construction beginning in Feb. 2013.

With competition for the grant money being what was called by county officials as highly competitive, a youth employment portion was integrated to increase the likelihood of the park getting funded.

While the program is based out of Tulare County, it also tried to hire youths from the Home Garden area.

CSET officials told the Sentinel in 2016 that they came into issues with some of the more challenging and time-consuming parts of the project because of the need to train the workers on how to do the work.

There were also problems with worker attrition.

At the beginning of construction, there were about 30-40 young people ages 13-25 working on the project. That dropped to as low as only one youth construction worker working on the park at a time. After getting some training while working on the park, which only paid minimum wage, workers would routinely quit as soon as they found employment elsewhere that paid better. Some work also had to be done around younger workers' school schedules.

Reed, who was the district’s president at the time, said in 2016 that there were also hold-ups with invoices as different managers took over and learned how to submit them.

CSET executive director Mary Alice Escarsega-Fechner said she had at that point worked with four different boards and three different managers since 2012. In 2014, three members resigned, leaving the board with just two people to complete administrative tasks – which included looking over billing from CSET.

Home Garden park engineer Roger Reynolds said there were communication issues between CSET and the community services board over the park's features, including that was included with the splash pad.

In 2015, the Kings County grand jury also slammed the Home Garden district services board. The park project was one of the items mentioned in the report.

The report identified 31 findings of alleged mismanagement by the governmental entity charged with overseeing sewer, water, garbage collection and streetlight services in the impoverished, unincorporated neighborhood.

District board members serve on a volunteer basis, only getting $100 per month in stipends. Roughly only 1,700 residents live in the district.

An updated park opening date was set for October 2016, but was pushed back until Saturday with construction workers unable to make the date.

Reed said the district is in the process of working on the regulations and rules for the park but the long road to getting it open with be well worth it.

“It took about four and half years because all those different things came up,” Reed said. “But it’s something exciting over here. To me, it’s something historical.”

It is a beautiful park and much needed in the area; I happened to pass by several times during its various phases. One part of this article is quite disheartening: BLAMING THE KIDS. Sounds like there were multiple problems among the "grown-ups". Blaming the fact of having to train kids to do the job- which is what the training program was supposed to do. Multiple changes in board make-up of the Training program.... griping about the time and energy to train kids around a school schedule but implement this component to get funding and soft-peddle this issue but yell about "irresponsible" kids. Who did they have to emulate? Seems not those in charge.