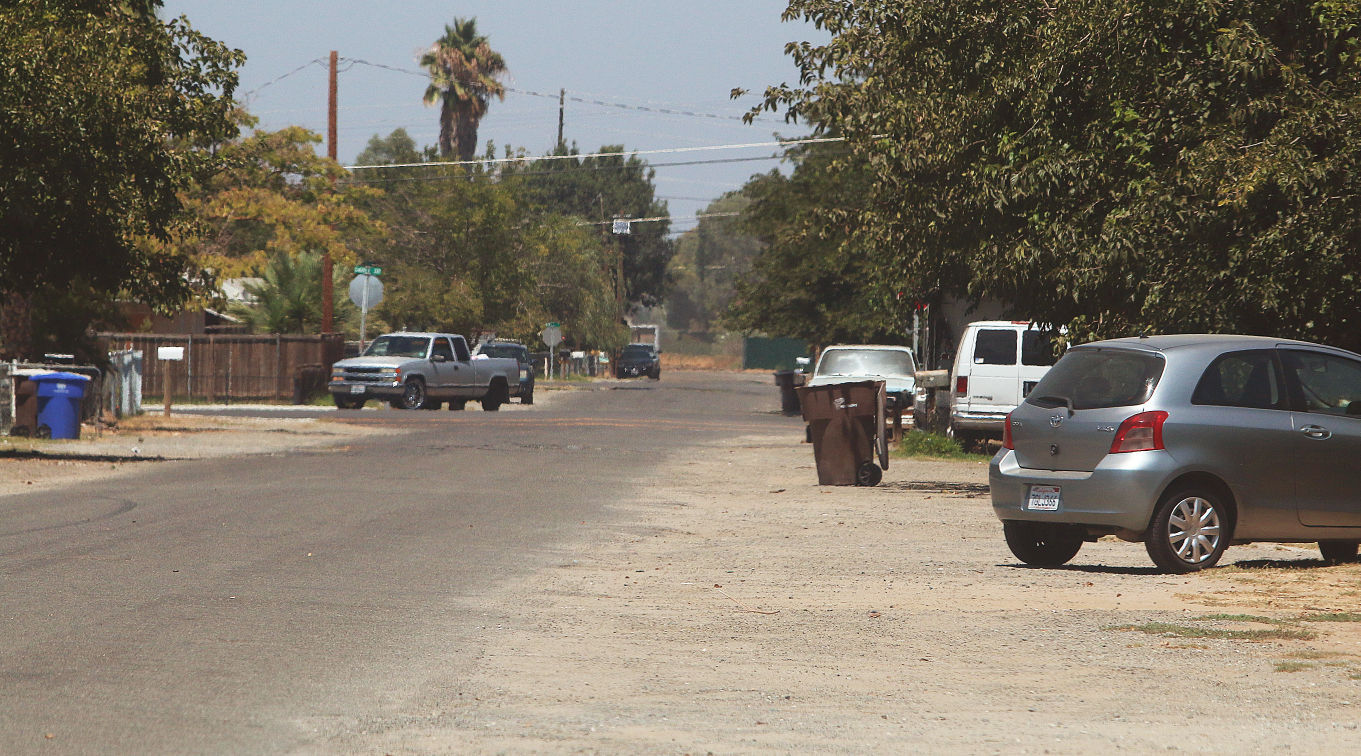 Many of the streets in Home Garden lack sidewalks, curbs and gutters such as this stretch of Second Place.

Many of the streets in Home Garden lack sidewalks, curbs and gutters such as this stretch of Second Place.

In the wake of a recent Kings County Grand Jury report criticizing the unincorporated area known as the Home Garden Community Services District, a key district official and others are challenging some of the report’s conclusions.

The report levelled 31 critical allegations against the district, painting a picture of dysfunctional governance over the neighborhood outside Hanford’s city limits south of the Kings Fairgrounds that are commonly referred to as “Home Garden.”

That picture isn’t altogether accurate, according to Harold Reed, president of the district’s board of directors.

“Some of their stuff was right, but they went a little bit overboard with it,” Reed said.

Reed said the district has addressed 28 of the 31 findings since the report was issued in June. A legally required written response from the district to the grand jury could come out as early as next week.

Part of the report alleges that directors violated the Brown Act – the state open meetings law – at their regular public meetings, held the third Thursday of every month at the district’s office at 11677 Second Place.

Reed said he has asked county officials to train board members on how to comply with the law. County officials have indicated they’re willing to help.

Board members receive $100 a month, according to Reed, who said he’s been on the board since 1990.

There is some confusion about just what kind of government a community services district is and who has jurisdiction over Home Garden.

The report recommended that the Kings County Board of Supervisors “arrange for oversight, training and guidance” for the district’s elected officials and employees.

Board of Supervisors Chairman Richard Fagundes, however, wrote in an official response to the report that the district is an “independent government agency, and is charged with knowledge of the law and proper government procedures.”

According to Kings County Counsel Colleen Carlson, the county acts as a sister agency working alongside the district, but doesn’t have authority over the district.

The county does provide fire and law enforcement services to Home Garden and three other unincorporated county communities: Armona, Stratford, and Kettleman City. The county also assists with elections in those areas.

The community services districts generally are in lower-income areas where residents may not be able to absorb the costs that would be required to operate if they left county jurisdiction and became independent, incorporated cities.

The districts are fee-for-service only, meaning they are limited to collecting just enough to provide the basic services they offer, plus the cost of administration.

“I know that it’s very difficult and expensive to run a full-blown city,” Carlson said. “Some of those places just can’t afford it.”

Because directors serve on a mostly volunteer basis, it can be difficult for them to keep up with all the laws, rules and regulations that govern the operation of public agencies.

The district’s general manager, Jim Christian, said he’s receiving no compensation or benefits from the district other than mileage reimbursements.

“I’m at the point in my life where I’m trying to give something back, and I knew they had problems there,” Christian said.

He confirmed that he served on the 2014-2015 grand jury that issued the Home Garden report just before disbanding on June 30. He neither confirmed nor denied whether he participated in the Home Garden investigation.

Christian said that, by law, he’s not allowed to say much of anything about what the grand jury did.

However, Christian said he checked with a state agency to see if there was any conflict involved in him becoming the district’s general manager. He said he filled the vacant position in June.

“I’m working over here for free,” he said. “I have [vetted] everything through the Fair Political Practices Commission.”

Christian said the district’s written response to the report will indicate things that have been corrected.

“Home Garden has had a lot of bad raps over the years, but I would say it’s not true,” he said. “There are some good people here.”

Still, one complaint about the district – that there’s a lack of interest and participation on the part of the community – may have some truth to it, according to Reed.

“When we have our monthly meeting, very seldom do we have anybody come from the community to give public input,” he said.

One major allegation in the report is that the district mismanaged the creation of Home Garden Community Park, funded by a $2 million state grant.

The park is unfinished. Christian said a $2 million state grant to build the park has $900,000 left. He said he expects the park to be finished by July 2016.

Valle said he doesn’t believe the district is as dysfunctional as the report claims, but he declined to elaborate.

With all the criticism, and the lack of public participation, Reed said his job can sometimes seem like a thankless task.

“Sometimes, I wonder about it,” he said. “But I’m the type of person that wants to look out for the community, because I live there too. I’d like to keep my rates as low as I can.”

Of all the reports issued by the 2014-2015 Kings County Grand Jury this year, one stands out…

Want to get involved in Home Garden?

• The Home Garden Community Services District meets the third Thursday of every month at 5:30 p.m. at district headquarters, 11677 Second Place.

When the 2014-15 Kings County Grand Jury issued a critical report on the Home Garden Community Services District earlier this year, it tallied…