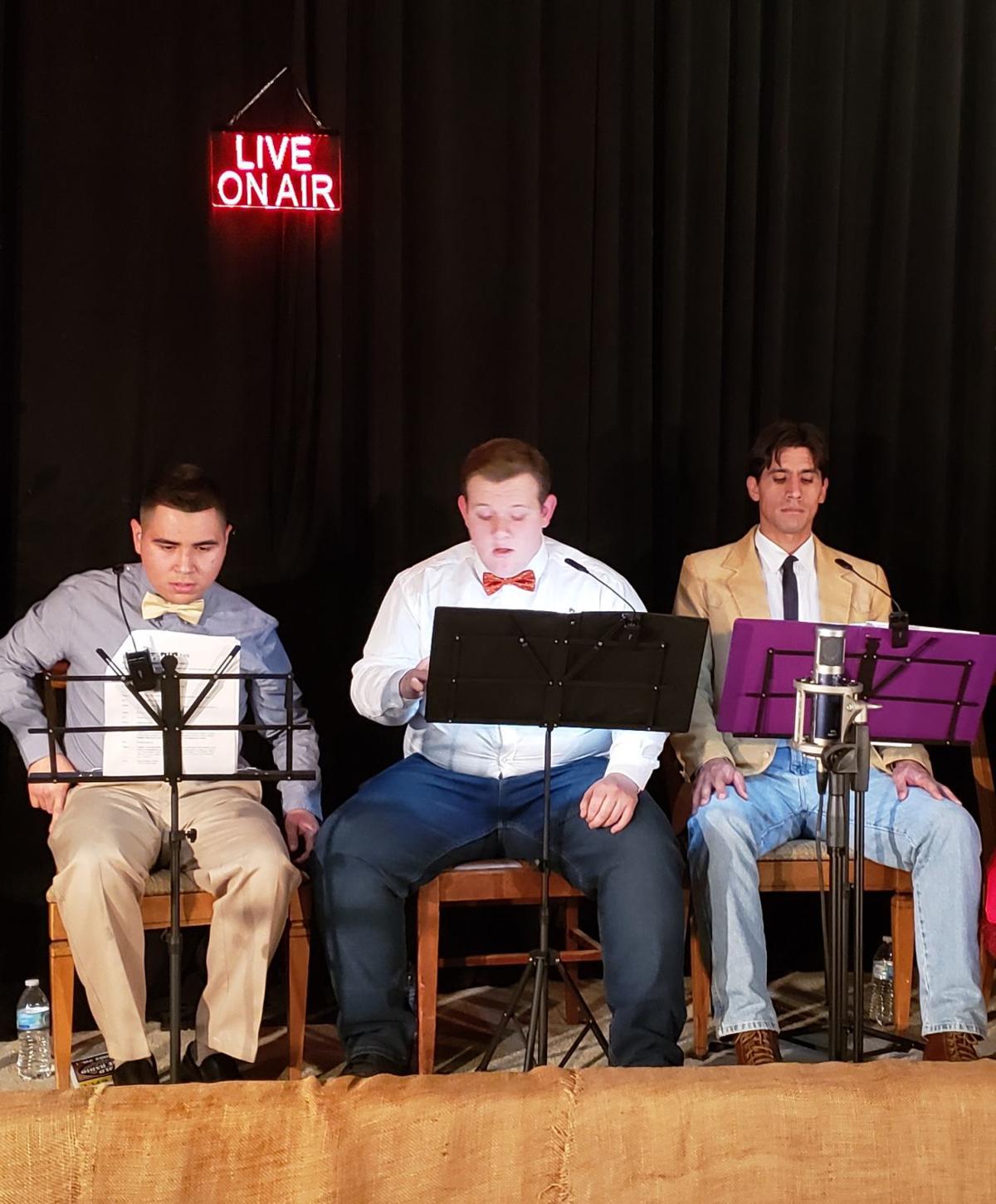 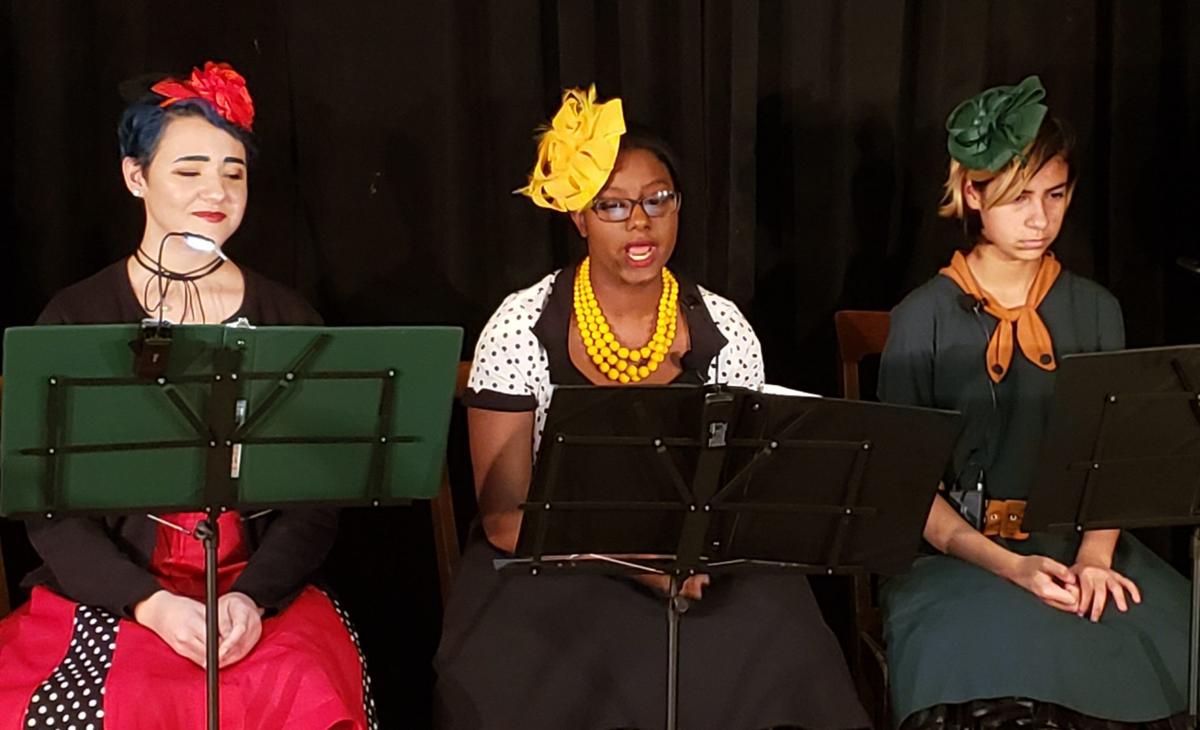 The cast of "Gunsmoke" rehearse Wednesday in Hanford.

The cast of "Gunsmoke" rehearse Wednesday in Hanford.

HANFORD — Before Netflix, cable and even TV — families gathered around the radio for entertainment.

The Hanford Multicultural Theatre Company invites everyone to gather ‘round and relive the golden age of radio with two performances “Gunsmoke” this weekend.

“I thought that would be a great script to do. We’ve got some great kids here, we’ve got some good people,” said director and actor Don Brakeman.

Before the iconic western ran on television for a total of 635 episodes spanning 20 years, “Gunsmoke” the show ran on the radio from 1952-1961. It may seem odd to younger people who only see the radio as something to listen to classic rock and Top 40 hits on, but before television, radio dramas complete with large casts, sound effects and tight, well-written scripts were wildly popular.

The HMCT, at its new home at 14060 Hackett St., will host two live-action radio dramas this weekend at 7 p.m. Saturday and 2 p.m. Sunday.

HMTC actors, dressed as radio actors would have been in the radio booth in the 1940s, will read the script from the first episode of the radio version of “Gunsmoke,” entitled “Start of a Legend.” The performance, which lasts about 45 minutes, will be accompanied by the sound effects and music cues that radio fans would have heard at the time.

“You can feel a lot of emotion sitting in that chair and reading those lines if you allow yourself to get into it,” Brakeman, who plays the character Dr. Charles Adams, said.

Brakeman has been acting for decades and while he has had many stage roles and parts in films and television shows including “ Unsolved Mysteries,” “Fever Pitch” and Pay it Forward,” the one role that eluded him was on the “Gunsmoke” TV show, ironically.

“I tried to be cast on ‘Gunsmoke’ so many times but it was so popular that the line to get on the show was fantastic,” he said.

Dinuba High School graduate Michael Adams plays the role of Matt Dillon. Adams is new to the HMTC, having just recently moved to Hanford and gotten involved with the theater company and found himself surprised to be cast in the lead role.

“The trickiest part of this particular style is getting your emotion across without making big motions,” he said of the radio-style drama. “With this, it’s all your voice.”

“Gunsmoke” marks Adams’ first performance outside of high school drama class and he said that informing his dad about the role got an immediate and supportive reaction.

“As soon as he heard ‘Gunsmoke,’” Adams said, clicking his fingers together. “My dad was always into westerns so it’s nice that a lot of the people who’ve been supporting me for a long time suddenly get it. Because I’m doing a show that they know.”

Adams, who begins his journey as a theater arts major at College of Sequoias on Monday, said he’s excited be working with the HMTC.

Artistic director Silvia Gonzalez Scherer said that the theater company will do subsequent episodes of "Gunsmoke" depending on audience turn out and reaction.

Last month, the Rotary Club of Hanford donated $1,000 to the theater company to go toward a children’s puppet show series that will debut later this year.

Tickets are available at hmtc.ticketleap.com/gunsmoke.