A cook grills up hamburgers and hot dogs Friday at the Big Fresno Fair. 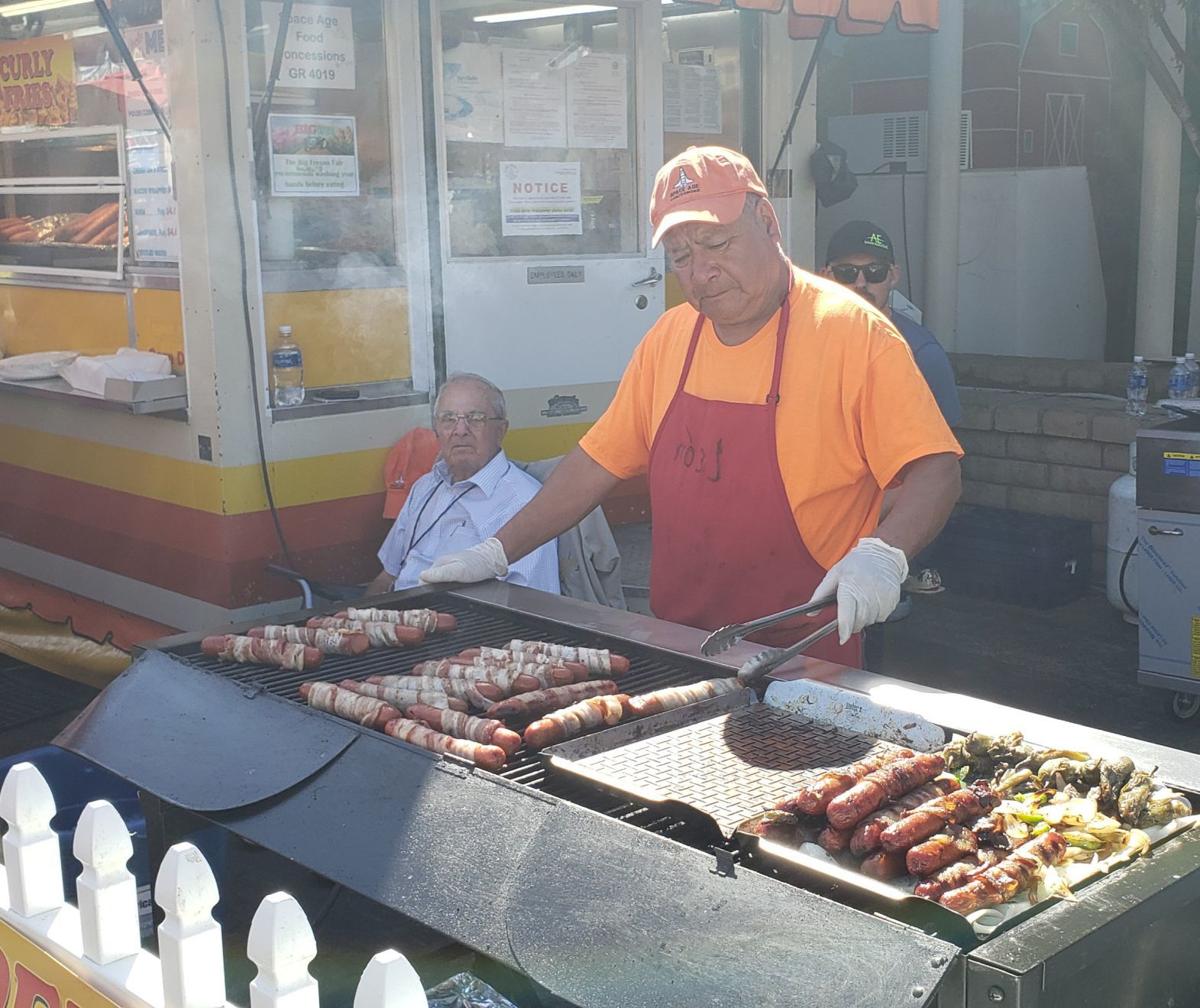 A cook grills up hot dogs Friday at the Big Fresno Fair.

Barbecue and roasted corn is grilled up Friday at the Big Fresno Fair.

FRESNO — The Big Fresno Fair has is getting into full swing this weekend and is proving to once again be a beacon for Valley foodies and sweet-toothed snackers.

Here are some must-try eats spotted by the Sentinel Friday.

The special corndog uses a special batter that has crushed up hot Cheetos used in the recipe. All-beef hot dogs are dipped in the batter and deep-fried to a crispy brown perfection.

“We cook it up and when it comes out, we smother it with hot cheese and more hot Cheetos on top of it,” she said.

The Texas Twister is the perfect refreshment for those looking for a drink that isn’t too sugary or too stiff.

The drink is comprised of fresh-squeezed lemons, limes and oranges, signature Texas Twister mix and is topped with a cherry, served iced.

“That’s all there is to it,” said owner Kim Sanders, who estimates that about 1-in-3 customers makes a return trip for a discounted refill.

“That’s it right there,” employee Tony Boghosian said about the signature burger. “That’s the champ.”

The burger is three beef patties and three slices of cheese held between two sweet and pillowy Krispy Kreme donuts serving as a bun.

Chicken Charlie’s is a San Diego-based restaurant, with two locations in SoCal, which makes the rounds at a handful of fairs each year.

The split between customers wanting savory meals and sweet confections is about 50/50, though Fairgoers tend to want savory items during the day and desserts at night.

One popular dessert is the cotton candy ice cream sandwich.

For more about the Fair, visit https://www.fresnofair.com.

A cook grills up hamburgers and hot dogs Friday at the Big Fresno Fair.

A cook grills up hot dogs Friday at the Big Fresno Fair.

Barbecue and roasted corn is grilled up Friday at the Big Fresno Fair.