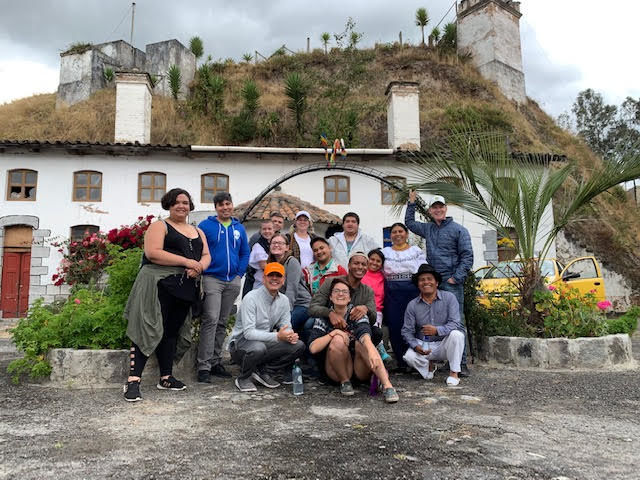 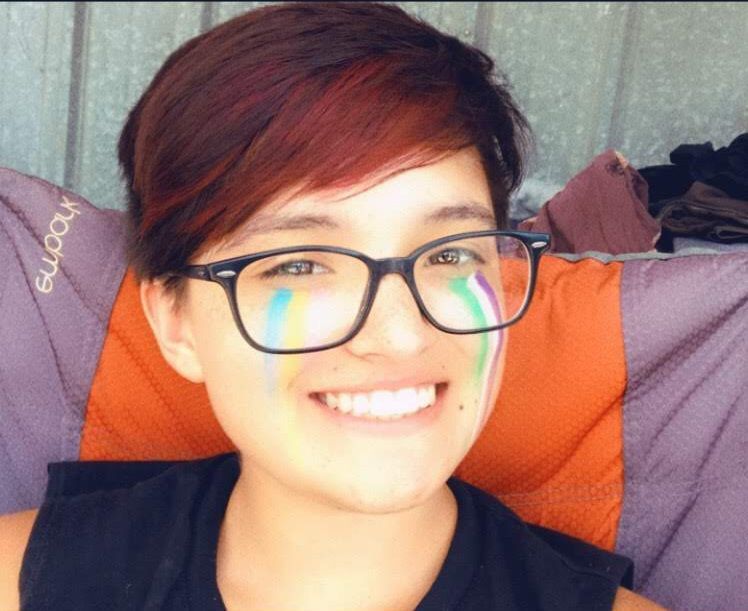 HANFORD — A Hanford West graduate recently took what they describe as an “awe-inspiring” and “eye-opening” trip to Ecuador as part of The Source LGBT+ Center’s Youth Leadership Academy program.

Hanford’s Briauna Guerrero was one of nine members of the Youth Leader Academy that, along with four Source staff members, made the cultural exchange trip to Otavalo, Ecuador last month.

“It was so interesting because the queer people that we met there were just like us, just in a different part of the world,” Guerrero said. “When we told our coming out stories, I didn’t realize how many of theirs would be similar to ours and to me personally.”

Guerrero relished the opportunity to meet with people from another culture and while there was a language barrier, Guerrero said that connections were still made on emotional and spiritual levels.

“To be able to hear those stories — even though they’re from another part of the world —  that are so like [the stories of LGBT community members from the Valley] and to learn that we’re not entirely alone when it comes to our stories was such a refreshing and great experience that I don’t think I could live without,” Guerrero , who uses gender-neutral pronouns “they” and “them” said.

Funded through a donation meant for travel, the group stayed at Casa Latitud, a lodging provided by the Latitude Foundation. The foundation, co-founded by Visalians Gwyn and Maggie Reniers, serves as a home base for volunteer, school and educational groups while they learn about local culture. The trip came on the heels of a July 8 ruling making same sex marriage legal in Ecuador.

During the trip, the group also hiked near Imbabura Mountain, met with and learned about the local indigenous population.

The 21-year-old said that the experience helped them to be in the moment and take in surroundings and knowledge from others, rather than trying to be the center of attention.

The Youth Leadership Academy was established by the Source, a Central Valley-based LGBT rights advocacy nonprofit organization, as a way for people aged 16-23 to meet and learn specific skills to help them in their personal lives and as advocates for the issues they are passionate about.

“I’m using how to use my voice in a better way,” Guerrero said.

The Youth Leadership Academy has also worked with ACT for Women and Girls, a Visalia nonprofit that advocates for women’s reproductive rights, and The Trevor Project, a nonprofit focused on suicide prevention for LGBT youth. The group, which meets twice a month, also learns about public speaking, LGBT history, personal finance and other topics.

Throughout high school, Guerrero was “in the closet” and struggled with “denying my attractions,” they said. After learning about The Source through the College of Sequoias Pride Club about two years ago, Guerrero began volunteering with the group and helping with various projects.

Guerrero met Source co-founders Nick Vargas and Brian Poth, who would be prove to be key figures in the young sociology student’s life.

“They helped me become a better person as well as become who I’m supposed to be and become my real authentic self,” Guerrero said. “I’m thankful for the Source for that because I don’t think I’d be out if it wasn’t for the Source.”

Guerrero said that Poth, Vargas and The Source’s transgender program coordinator Dana Galante have become role models and that hearing their personal stories of struggle has made Guerrero realize how important it is to help others through their own struggles.

“Over the last two years, Briauna has really found their voice and learned a true confidence that comes from knowledge and experience,” Vargas told the Sentinel. “They have also increased their public speaking ability and have truly become someone who can influence peers and the general public.  Moreover, Briauna has clarified their career goals and paired those with their tremendous capacity to love and give-back.  I'm very proud of them and use them as one of the examples of what can happen through Source involvement."

The Source hosts Visalia’s annual Pride event, a family-friendly celebration of the community’s LGBT culture and diversity, and is currently planning its second Over the Edge fundraiser, scheduled for November.

With the recent announcement that The Source will host weekly pop up support groups for the local  LGBT community at Kings County Behavioral Health, Guerrero said they hope it will serve as the welcoming place for LGBT youth that they didn’t have.

“I think Hanford needs it desperately. There’s nothing here in my hometown that says, ‘here’s a space for you.’ I had to go to Visalia to find that space,” they said.

Guerrero will use the tools gained in the Source Youth Leadership Academy to continue to advocate for LGBT causes in the Valley and hopes to launch a career as a social worker, therapist or school counselor so that they can help children struggling with the identity issues Guerrero struggled with before coming out.

“It’s important to let kids know that they don’t have to feel like they should resent themselves,” they said. “I don’t ever want kids to feel the way I did. I want them to feel welcomed and loved, just the way that Nick and Brian taught me.”

The Source LGBT+ Pop Up

1st Thursday of the Month at 5:30 p.m.: HIV+ Social and Support. Open to LGBT+ people living with HIV.

3rd Thursday: Transgender Pop Up.  For trans and gender variant people, age 12 and up.

Stay tuned in to the latest hit TV shows and more directly from your inbox.