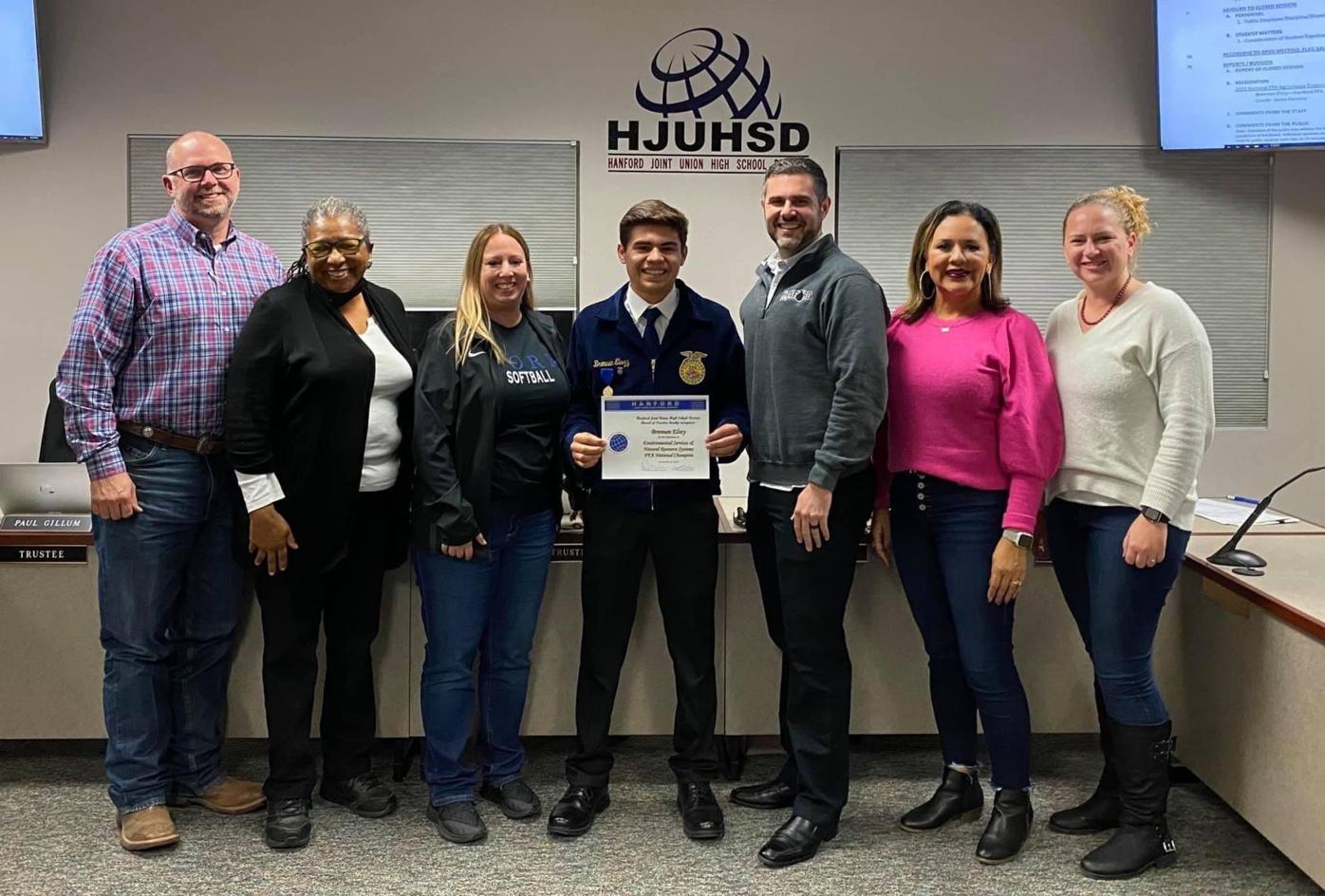 Brennan Elszy won this year's FFA Agriscience Fair for his experiment on fumigation and its impacts on parasitic roundworm populations. 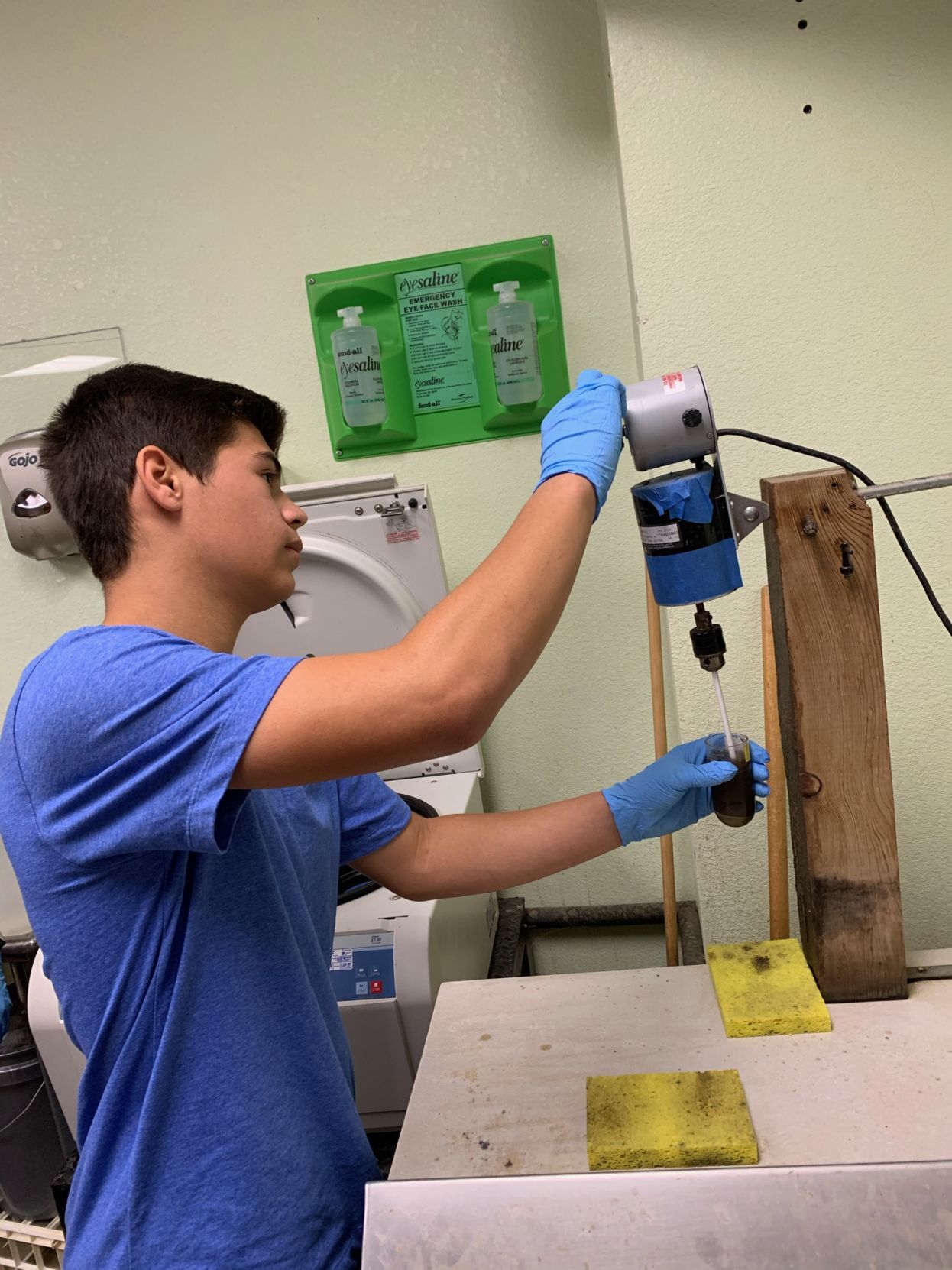 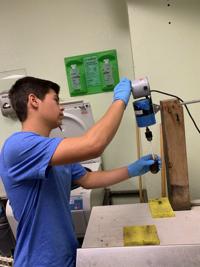 Brennan Elszy conducting his experiment in the lab. 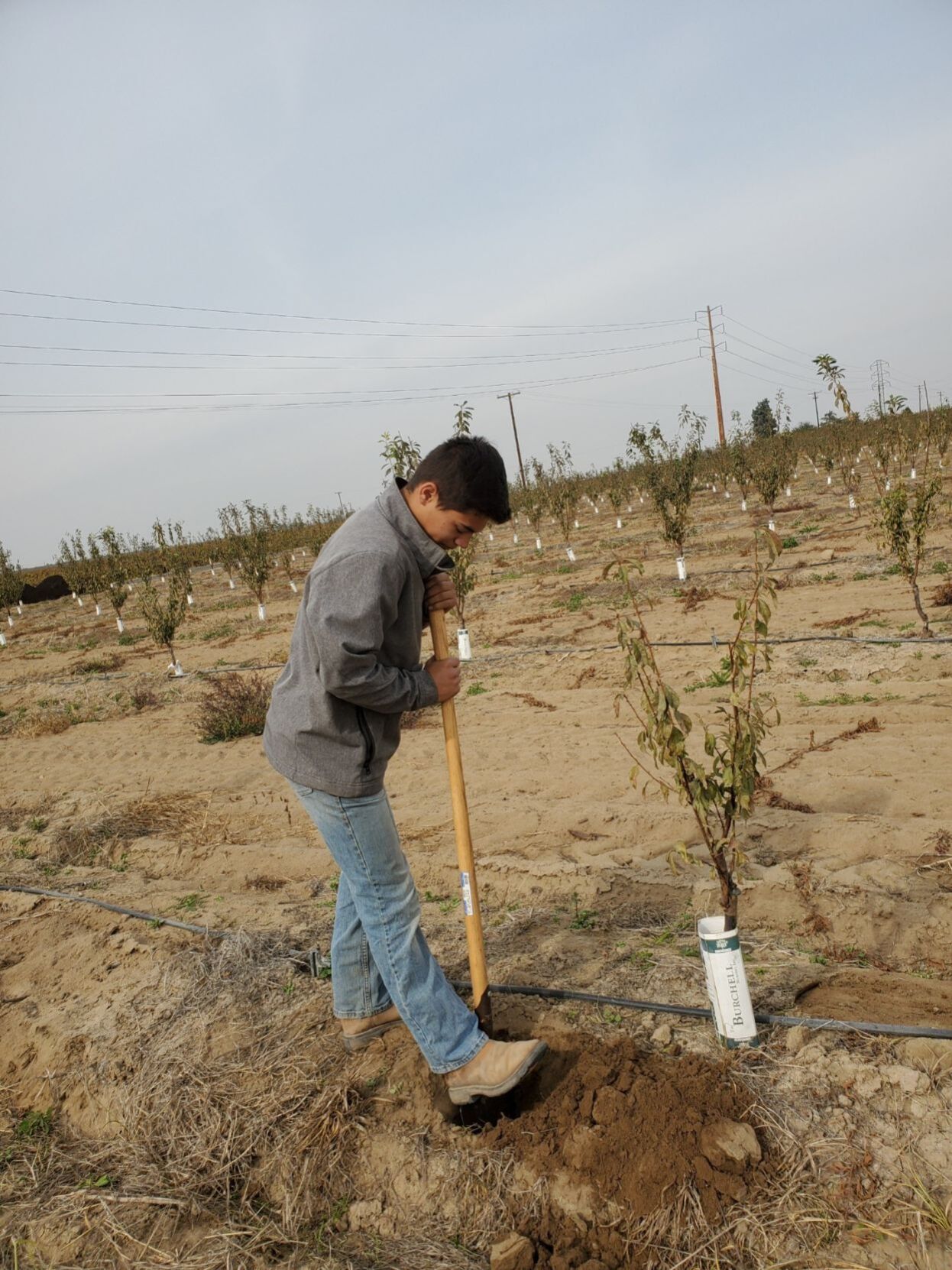 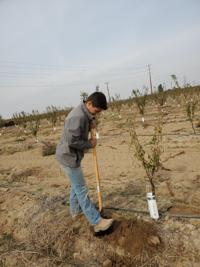 Hanford High School student Brennan Elszy digs up soil samples to use in his experiment on fumigation and parasitic roundworms. Elszy gathered the soil from a plum orchard in Kingsburg. 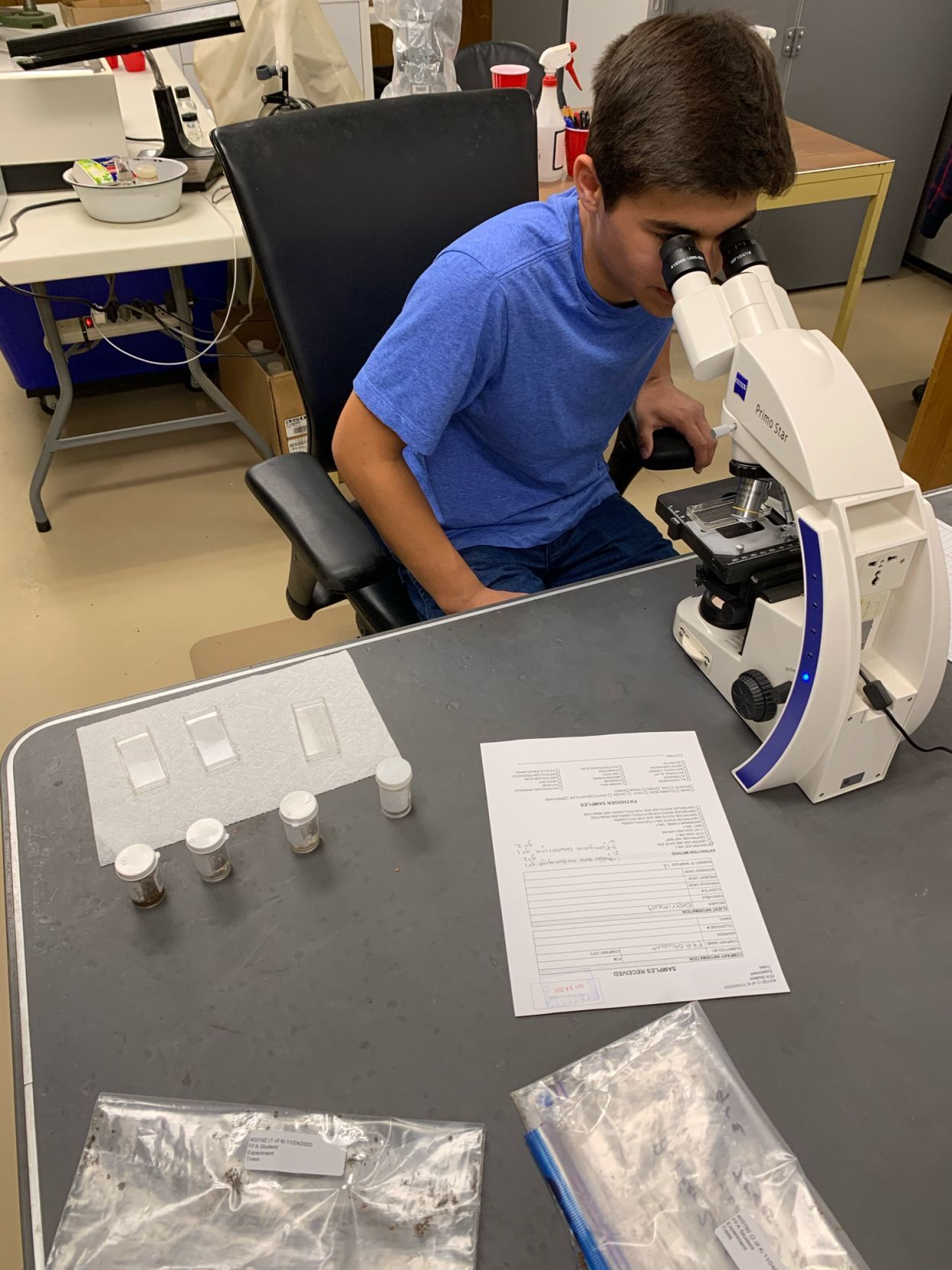 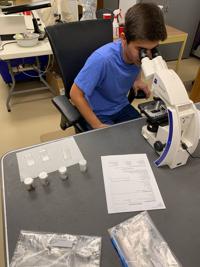 Brennan Elszy looks for nematodes (more commonly known as "roundworms") under the microscope.

Brennan Elszy won this year's FFA Agriscience Fair for his experiment on fumigation and its impacts on parasitic roundworm populations.

Brennan Elszy conducting his experiment in the lab.

Hanford High School student Brennan Elszy digs up soil samples to use in his experiment on fumigation and parasitic roundworms. Elszy gathered the soil from a plum orchard in Kingsburg.

Brennan Elszy looks for nematodes (more commonly known as "roundworms") under the microscope.

A Hanford student’s research on fumigation and farm soil has been named winner of the 2021 National FFA Agriscience Fair, but he said he still has plans to expand on his work.

Earlier this month, Hanford High School junior Brennan Elszy was announced to be the winner, with his chemistry project being part of his Future Farmers of America work under agricultural science teacher Jason Ferreira. It’s the program's second win in as many years, with 2020 going to a Hanford High FFA student for work in food science/processing.

According to Elszy, the experiment involved the impact that fumigation has on soil, particularly with the nematode (or roundworm) population. For the experiment, Elszy collected soil samples from a plum field in Kingsburg and put them under the microscope. Elszy pointed out that this particular soil had been treated with the fumigant chloropicrin. He also collected samples from the same field where no fumigation had taken place.

The research he conducted found that two particular species of roundworm — ring and root-knot — were significantly lower in the fumigated soil. Ring and root-knot nematodes are considered a parasitic organism by farmers, as they eat into roots to lay their eggs. This in turn can prevent the tree from absorbing moisture and nutrients. Elszy’s experiment also revealed that other nematode species with potential benefits to soil were apparently unaffected by the fumigation. These benefits include unlocking nutrients in soil.

“The big reason for conducting this experiment was to see how much of a difference soil fumigation was making. So to see how depleted that population actually became,” Elszy said, adding: “What’s been found is soil fumigation only targets those bad, plant-parasitic nematodes.”

Planning for the project started in September of 2020, with samples being collected and testing starting in November that same year. From there, updates and preparations to the presentation were made. Elszy then worked his project up the ladder on the state and national level, until winning in October.

Due in part to distance learning protocols imposed by COVID-19, much of Elszy’s project was planned out and drawn up remotely from home.

“I was really fortunate to get help from Mr. Ferreira and actually find a way to test the soil samples from the field. So that was done after we went back to school,” Elszy said. “It was hard to on my own find what I was actually going to do my agriscience project on, but virtually, I received a lot of help from Mr. Ferreira.”

For his part, Ferreira said the students who succeed are typically not necessarily academically focused, but career-minded. They already know what they want to do and that passion for agriculture and devote their energy towards it. Elszy, Ferreira said, fits that mold.

“And so his success really came from his personal spark and passion for a subject matter that not many care about — so to say — because it’s not every day that you find a student that wants to be interested pest control advising and PCA-type work.”

Elszy says that this is by no means the end of his study. He stated that he actually intends to repeat the experiment by looking at how different types of fumigation agents also affect nematode populations in soil.