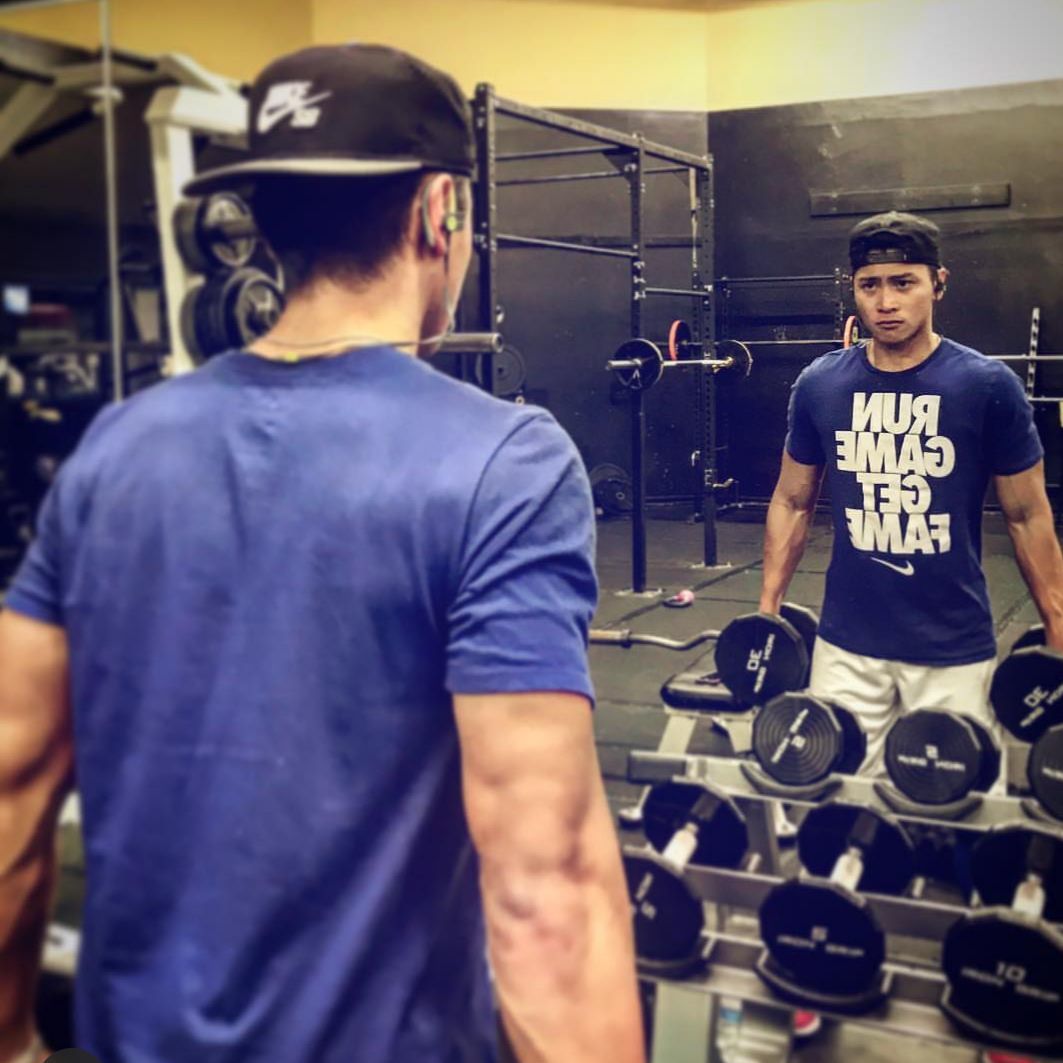 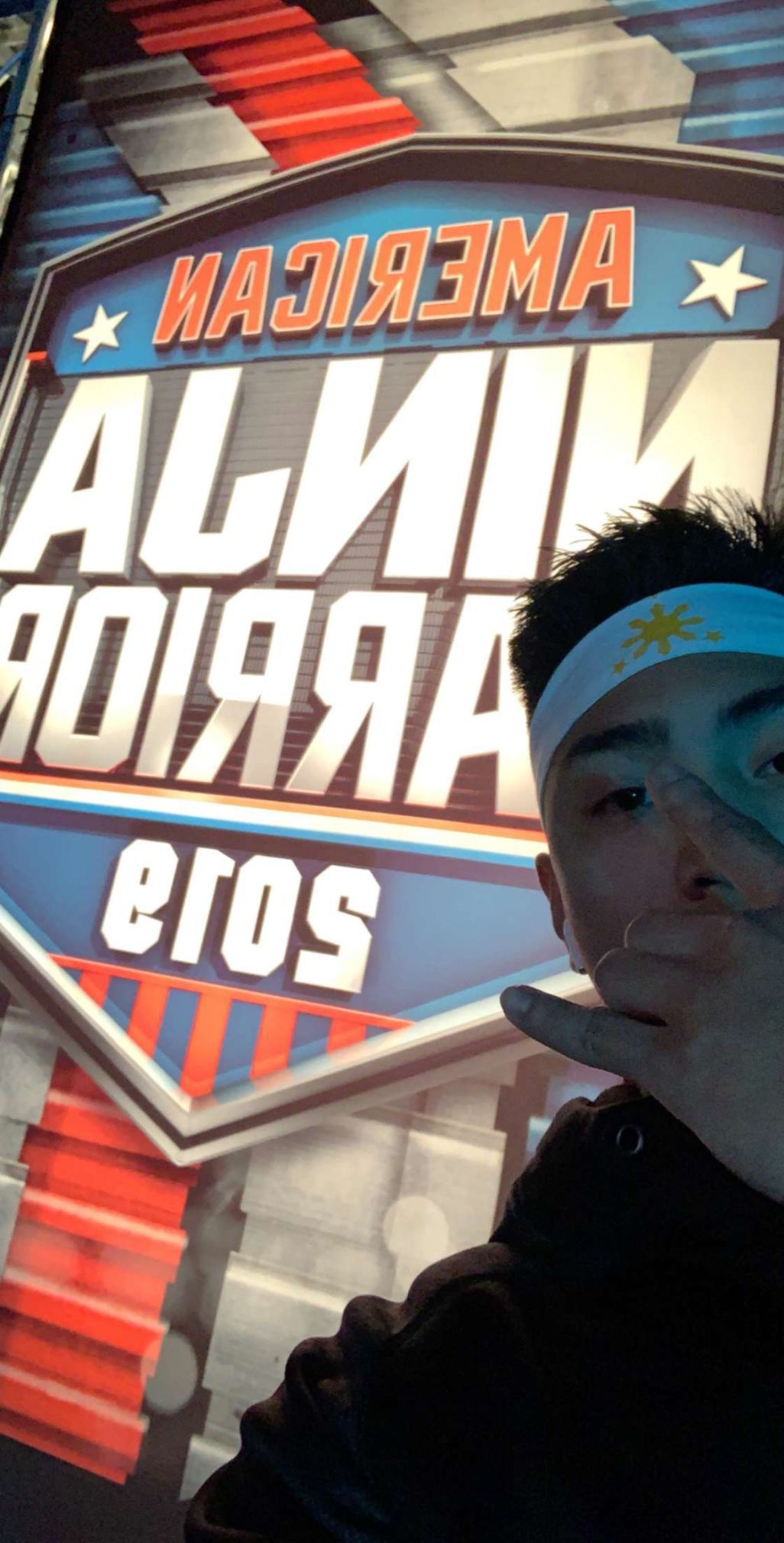 Charles Dimaano Jr takes a selfie on the set of "American Ninja Warrior."

Charles Dimaano Jr takes a selfie on the set of "American Ninja Warrior."

The 21-year-old Hanford West graduate will appear on the May 29 episode of the athletic competition television show, which airs at 8 p.m. on NBC.

“When I got the call, I was honestly pretty nervous. I didn’t think I was going to get a call back period,” Dimaano said.

In the weeks ahead of competing in the qualifying event, Dimaano would work out for three hours a day — in addition to working two jobs and attending classes fulltime at Fresno State University.

The senior is scheduled to graduate this fall or next spring with a degree in administration of justice, which he plans to use to pursue a degree in the CIA or FBI after a stint in the Air Force, following in his father's footsteps. He does this working as both a Target employee and as a baseball trainer at the Diamond Academy of Central California in Visalia.

There, he trains children and adults to become better baseball players, a skill he picked up while playing for four years as a Hanford West Huskie.

Dimaano seems to feel most at ease when he’s helping others to become their best selves.

“What I like about ‘American Ninja Warrior’ is that the show has that platform of inspiration and motivation. So if I can set that bar for myself, I know it’s going to motivate me and if I can motivate others? Well that’s a life goal,” he said.

The athlete wants to return a little of the support and motivation that he said he has gotten from his parents, trainers and teachers.

Dimaano has gone from a slender base-running athlete to beefing up and looking like he could be John Cena’s tag team partner in just a few short years. He admits to never having motivation to pack on muscle or hit the gym much until he and a friend challenged each other to make it onto “American Ninja Warrior,” a show where athletes are tasked with running, climbing and jumping through various obstacles.

“It’s all about how much effort you put into yourself. I tell it to myself when I’m training and when I’m training other people – it’s all about your mentality. Tell yourself you can do it. I’d rather see you try and fail than not try it at all,” he said. “If you fail, it’s a good thing. It motivates you more to wake up the next day and say, ‘I’m going to do it again and accomplish it.’”

That’s the attitude Dimaano will take with him when he tries out for the show again next year.  While he did well this year, he admitted that he failed to clear the course, falling into the infamous pool beneath the obstacle course.

“I wish I could have done a lot better. I came up short. I ranked pretty well for being my first time. I thought, ‘I’ve got to do this again next year,’” he said.

The athlete was scheduled to run the course at around 8 p.m. but due to rain causing delays to the outdoor Los Angeles shoot, he didn’t actually hit the course until around 3 a.m. And while some would use the delay as an excuse for not doing well, Dimaano did not.

“It’s a feeling I can’t really express. It was hard to explain how I was feeling at that moment. You’ve got cameras in your face and people asking you ‘what happened.’ I just couldn’t talk,” he said.

Dimaano will appear on the May 29 episode, though he joked that his appearance will “probably just be me falling.”

Not disappointed in himself because he knew he trained hard, he said, Dimaano sees his experience on the course as a stepping stone to being better next time around.

Are you ready for retirement?