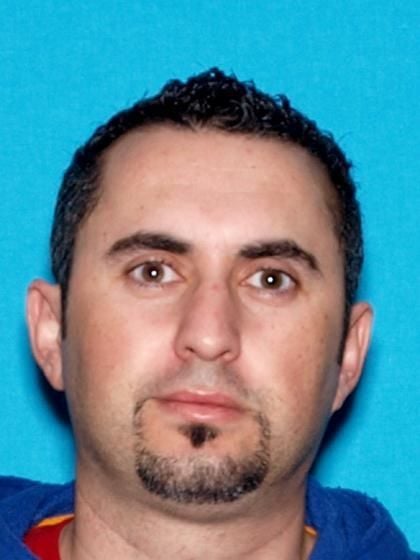 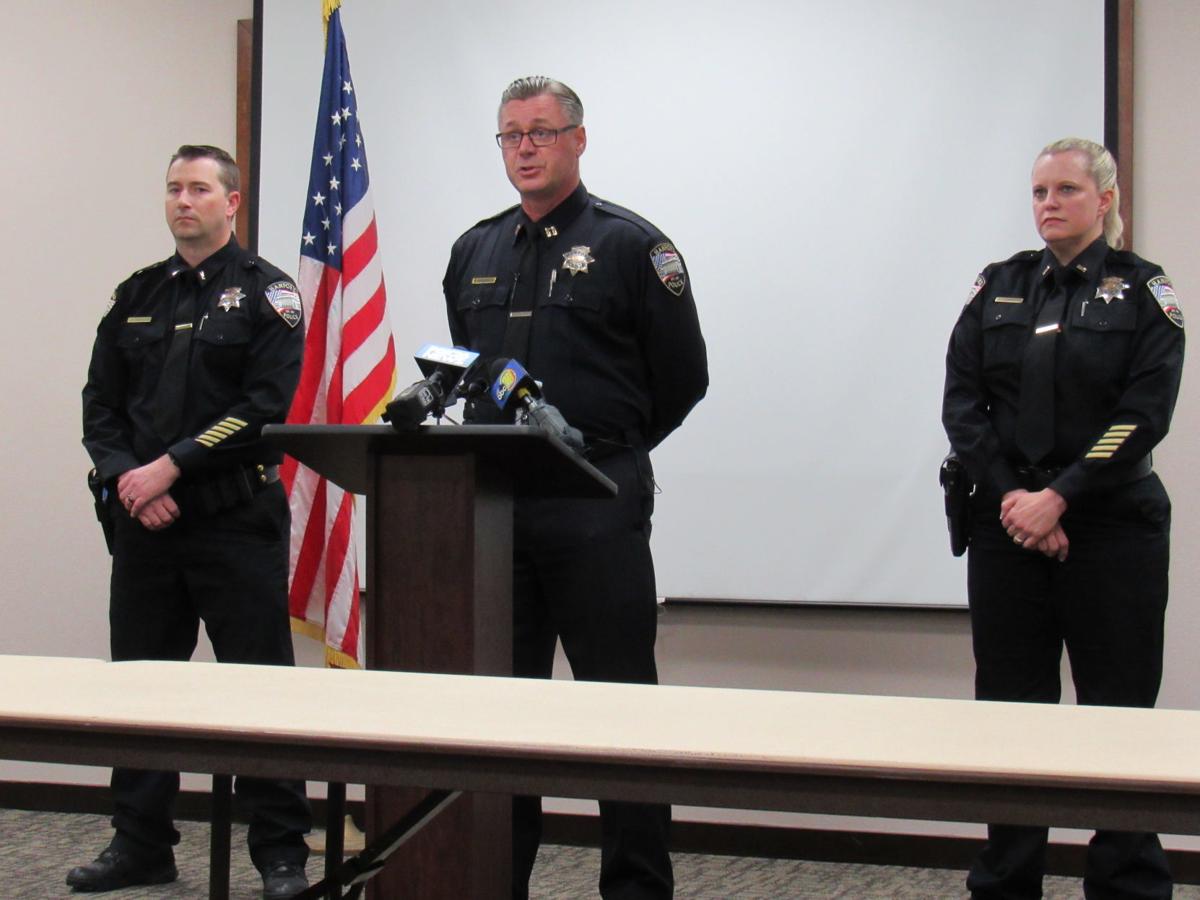 Hanford Police Capt. Karl Anderson, center, held a press conference Monday afternoon to talk about a murder-suicide in the city involving a father and son.

HANFORD — The Hanford Police Department is investigating an apparent murder-suicide involving a father and son.

Around 7:20 a.m. Monday, Hanford Police officers were dispatched to the 1000 block of West Cortner Street.

The information police received from a third party was that there was blood at the location a possible shooting with unknown circumstances, said HPD Capt. Karl Anderson during a press conference held Monday afternoon.

When officers arrived at the scene, they said they found a deceased adult male, later identified as 43-year-old Victor Gomes, with an apparent self-inflicted gunshot wound.

Police said they also located a child suffering from a gunshot wound at the residence. Officers immediately rendered first aid and the child was then transported to Adventist Medical Center.

Officials said the boy, 10-year-old Wyland Gomes, died at the hospital as a result of the injuries.

Anderson said the department is still investigating the incident and interviewing witnesses, including family members, to determine what happened. Currently, police said all evidence at the scene leads them to believe that Gomes shot his son then took his own life.

“Right now, we have no triggering or significant events that can point us to why this occurred today,” Anderson said.

Officials said the elder Gomes’ mother was home at the time of the incident. Anderson said she does not speak English, so she called a relative who then called the police.

Anderson said the department has limited history with Gomes. He said in 2018, the department was called for a keep-the-peace custody exchange with Wyland and his mother.

Prior to that, Anderson said in 2016 it was reported that Gomes had suicidal thoughts. He said that case was forwarded over to the Kings County District Attorney’s Office to obtain a “good cause order,” which initiated a civil child custody process and allowed the mother to have temporary sole custody.

As part of that incident, Anderson said Gomes was found to have a gun and that gun was turned over to the Hanford Police Department. Anderson said that gun is still in the department’s custody.

Gomes was then required by the court to go through a mental health program, Anderson said. Gomes was eventually granted supervised visitation with his son. Anderson said Gomes lived with his parents and they were required to be there when Wyland visited.

Anderson said the weapon used in Monday’s incident was a handgun that was legally purchased and registered to Gomes in 2017.

Wyland attended school locally and Anderson the department notified the school district. He said the district is providing mental health services for staff and students through the Kings County Office of Education.

As for the officers who responded to the scene, Anderson said they are on paid administrative leave and will talk to a peer support group and psychologists for wellness checks.

“It’s a horribly sad day for us,” Anderson said.

Avenal double homicide to be featured on crime show

The season two finale of “In Pursuit with John Walsh” will profile fugitive Francisco “Frank” Contreras, the suspect in a double homicide that…

Kings County Board of Supervisors issues shelter in place order

HANFORD — The Kings County Board of Supervisors has issued its own shelter in place order, effective immediately, to bolster the county’s COVI…

Parks and Rec Easter activities get a social distancing makeover

HANFORD — The Parks and Recreation Easter Eggstravaganza is going community-wide this year.

CORCORAN — A Corcoran auto shop owner was arrested over the weekend after he shot at another man during a confrontation at the shop, Corcoran …

Hanford Police Capt. Karl Anderson, center, held a press conference Monday afternoon to talk about a murder-suicide in the city involving a father and son.