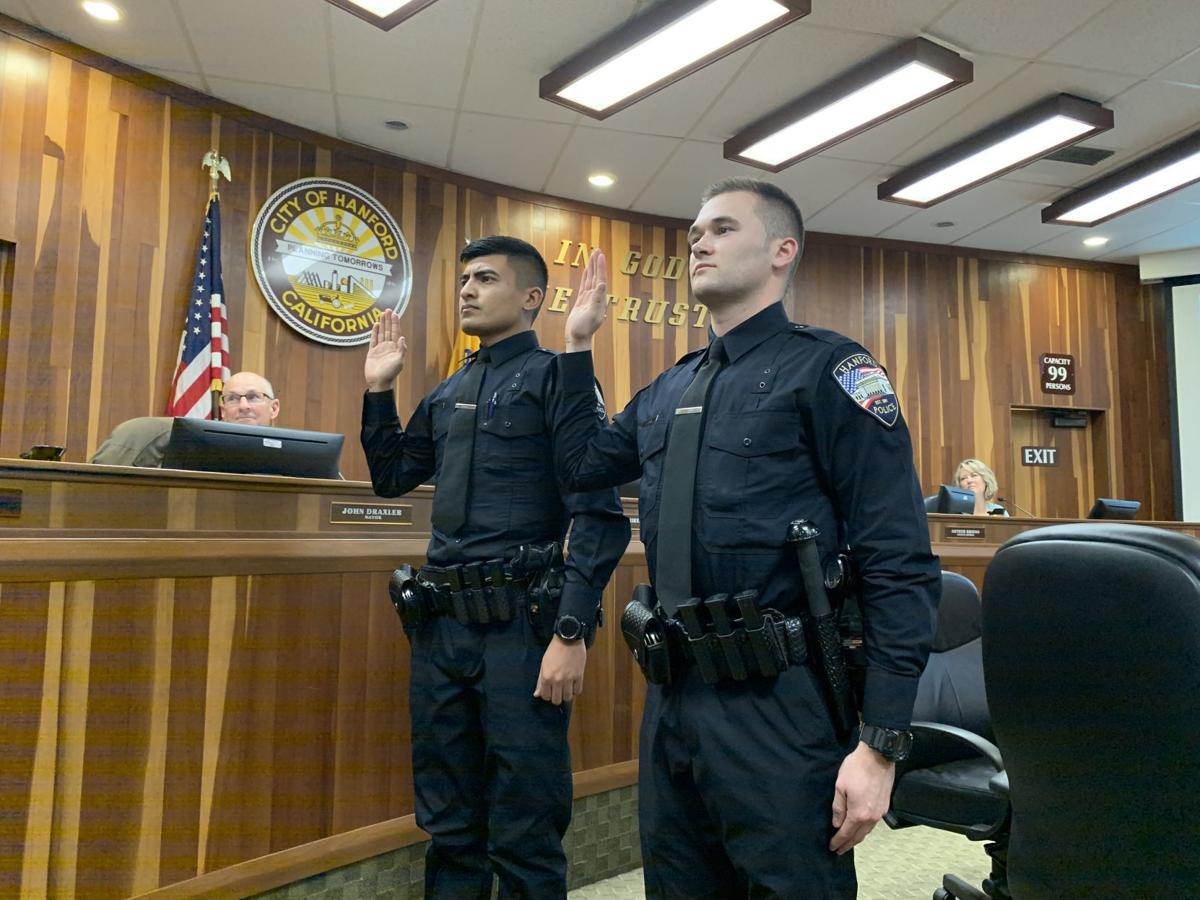 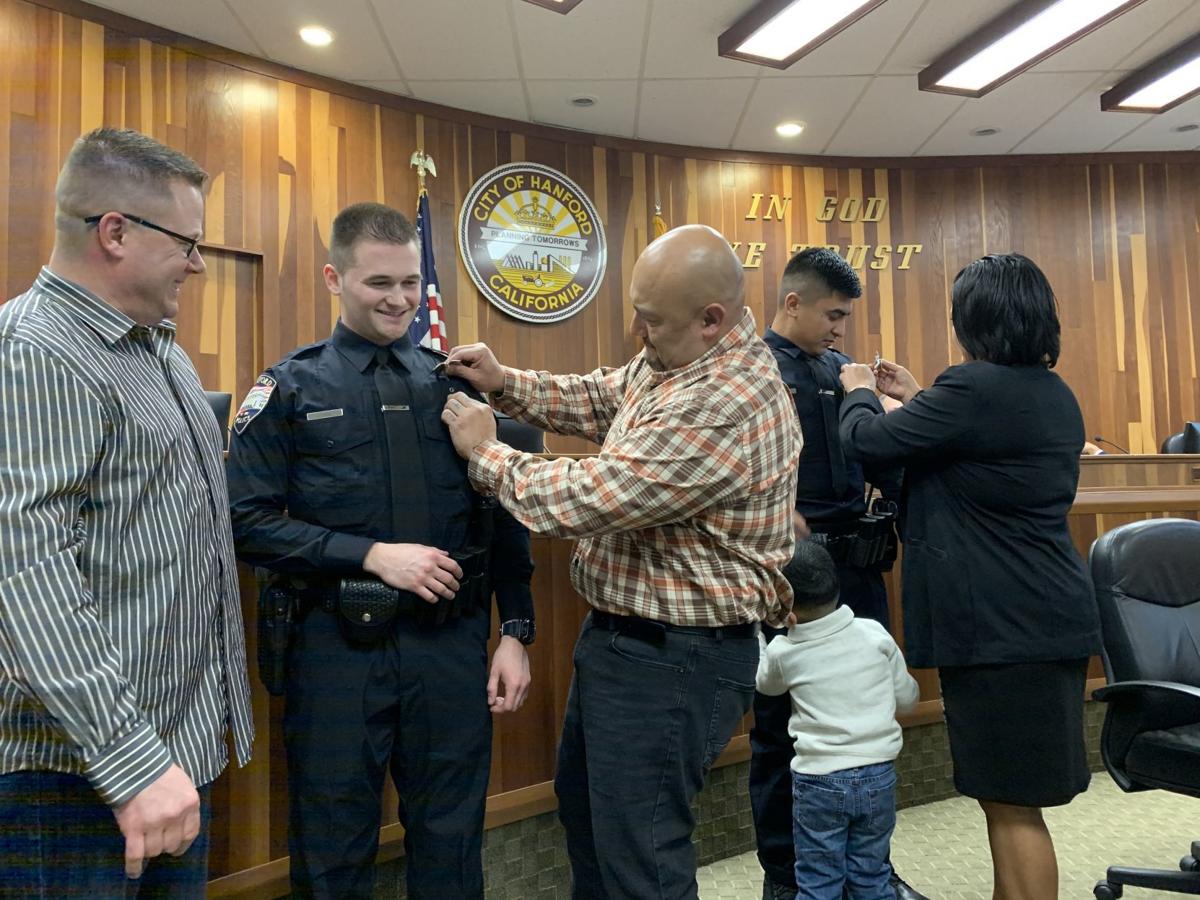 HANFORD — The Hanford Police Department has welcomed two new officers, who had their badges pinned Tuesday evening during the Hanford City Council meeting.

Fogal comes to the department from the Tulare County Sheriff’s Office, where he previously trained and worked for over a year.

Sever said Fogal will be able to ride out on patrol in just a few weeks, providing immediate help to the department.

Fogal’s badge was pinned on him by his father, Jim Fogal, and his stepfather, Adam Mendiola

Sever said he could hear the excitement in Villela’s voice when he called just before Christmas and told him he had been hired with the department.

Villela’s badge was pinned on him by his mother, Veronica Villela, and his 3-year-old son.

“It’s a pleasure to have both these fine young men here,” Sever said.

More from the council meeting

Council discussed only one item of general business Tuesday night, which was a contract with David A. Bush, Inc., for the Civic Park Bathroom Renovation Project.

The scope of the project includes the replacement of the building’s deteriorated roof and a remodel to the north bathrooms to make them Americans with Disabilities Act compliant, as well as the renovation of the bathroom facilities on the southern portion of the building by city staff.

After some discussion and several questions and comments from council members about the work and cost of the project, Councilmember Art Brieno made a motion to table the item. The motion to table was approved by a 3-2 vote, with Mayor John Draxler and Councilmember Sue Sorensen as the “no” votes.

The item will be brought back in the future for a resolution.

Avenal double homicide to be featured on crime show

The season two finale of “In Pursuit with John Walsh” will profile fugitive Francisco “Frank” Contreras, the suspect in a double homicide that…

Kings County Board of Supervisors issues shelter in place order

HANFORD — The Kings County Board of Supervisors has issued its own shelter in place order, effective immediately, to bolster the county’s COVI…

Parks and Rec Easter activities get a social distancing makeover

HANFORD — The Parks and Recreation Easter Eggstravaganza is going community-wide this year.

CORCORAN — A Corcoran auto shop owner was arrested over the weekend after he shot at another man during a confrontation at the shop, Corcoran …

HANFORD — As cases of COVID-19, the disease caused by the new coronavirus, continue to spread, Kings County health officials are keeping a clo…