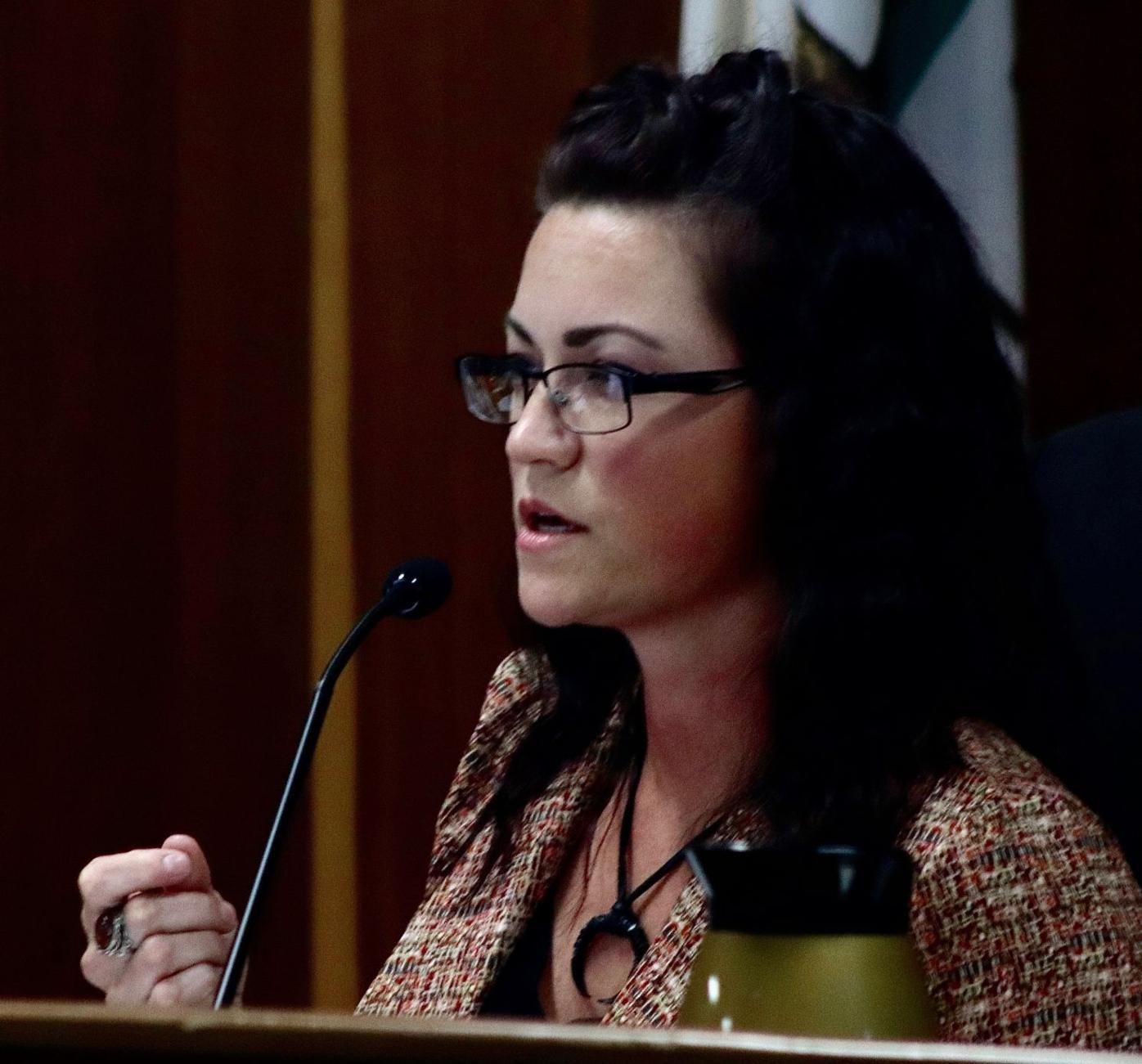 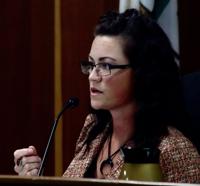 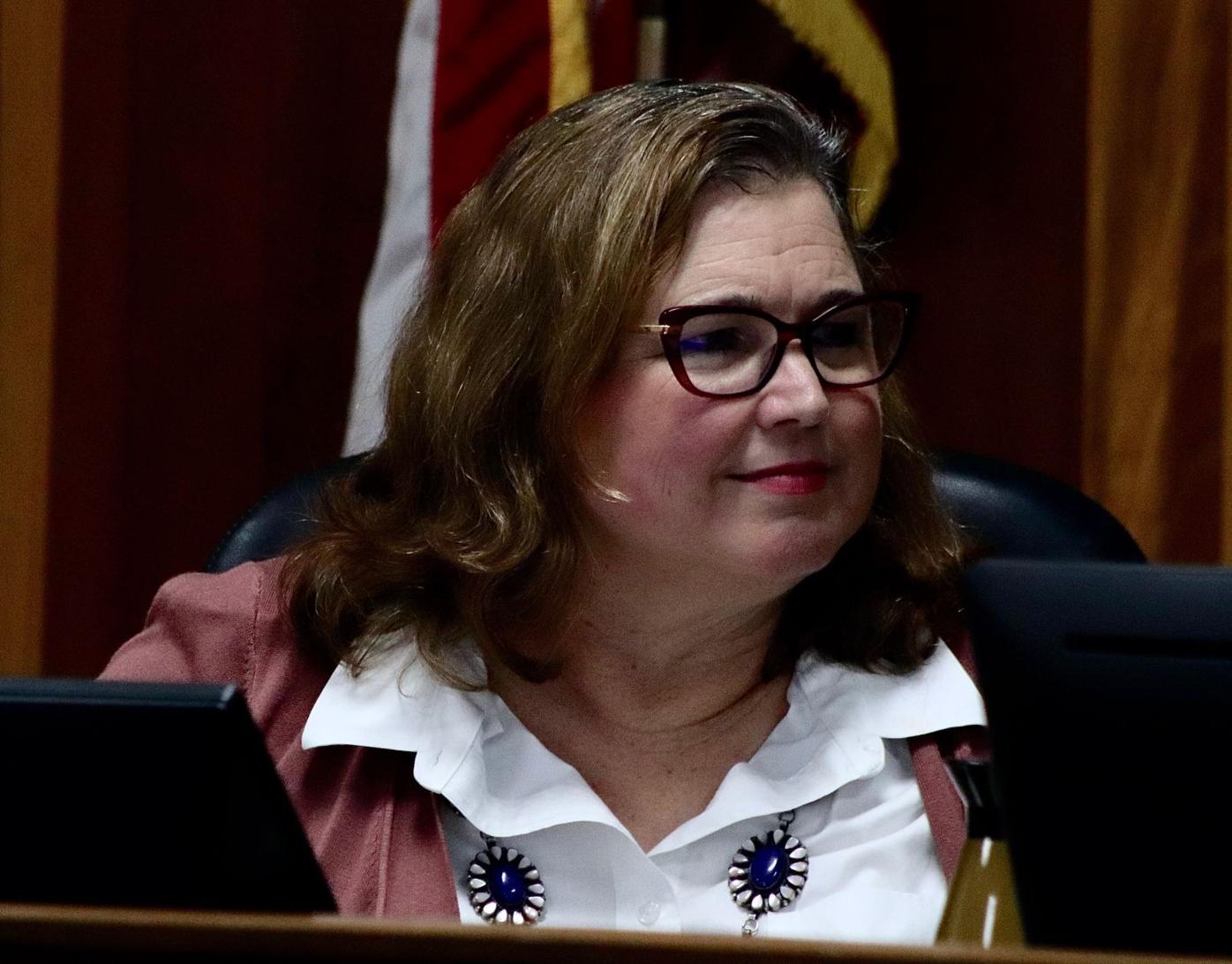 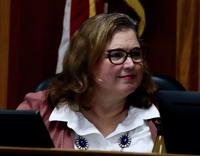 Councilmember  Diane Sharp listens to discussion during the meeting Tuesday. 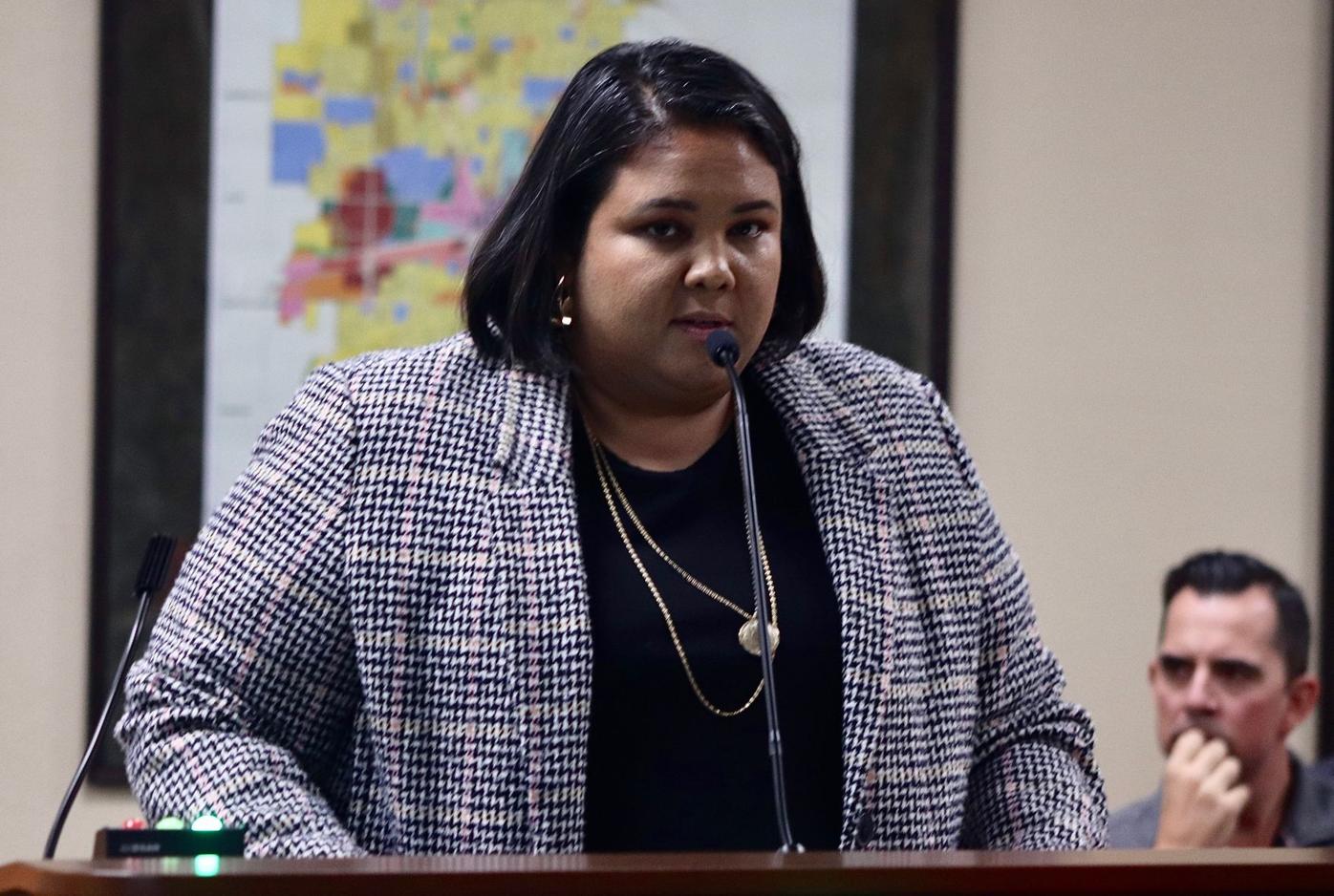 Amory Marple, Hanford Chamber of Commerce Executive Director, speaks to the Council about the funding before listening to their final vote Tuesday.
1 of 3

Councilmember  Diane Sharp listens to discussion during the meeting Tuesday.

Amory Marple, Hanford Chamber of Commerce Executive Director, speaks to the Council about the funding before listening to their final vote Tuesday.

City Council has moved forward with the decision to terminate its contract to fund the Hanford Chamber of Commerce, starting in the next fiscal year.

According to City Manager Mario Cifuentez, the item was put on Tuesday evening’s City Council agenda following the work of a subcommittee consisting of City Councilmembers Kalish Morrow and Amanda Saltray.

“The subcommittee just felt that a lot of the services provided — while they’re doing a wonderful job as they’ve come back — many of those services, in their opinion should be borne by the members of the Chamber, not the taxpayers at large,” Cifuentez said. “And so that’s why they were looking to change that.”

On Tuesday, Hanford City Council discussed the termination of their contract as of December.

At the meeting, Morrow discussed the reasoning for the subcommittee’s recommendation, saying the budget was conservative, but still reflected positive income for the Chamber even without the annual $40,000 in city funding.

“So with that, we felt comfortable with… terminating the contract,” Morrow said. “We did take into consideration that they weren’t able to have their normal fundraising events. We wanted to make sure at least that they had extra installment.”

Morrow elaborated that $10,000 had already been funded at the start of the current fiscal year, and another $10,000 was provided in the second quarter, before terminating the contract.

The item was eventually amended by Mayor Francisco Ramirez to go into effect on June 30, the end of the 2021-22 fiscal year instead of December. This means they will still receive the remaining funds agreed upon in their contract, amounting to $20,000. The amendment passed in City Council with a 4-1 vote, with Morrow casting the dissenting vote.

According to Amory Marple, Chamber CEO/executive director, the loss of $40,000 next year will be a difficult blow, but they have already been preparing for a rainy day, especially with the turbulence of navigating the pandemic.

“We’ve prepared ourselves for the worst,” Marple said. “So moving forward — whether it was the termination of this contract, whether it was another extension of COVID, whatever we get thrown at us in the future — we kind of set ourselves up already to be more prepared.”

Marple elaborated that this has included building membership back up and investing more in fundraising efforts.

Councilmember Morrow had not responded to The Sentinel's multiple requests for comment via phone and email as of press time.

Tuesday's decision was met with concern from many in the Hanford business community, who came out to the meeting to show their support for the Chamber. Among those to speak during the public comment segment of the meeting was Nanette Villareal, executive director for Kings United Way, who urged the Council to reconsider.

At the podium, Villareal pointed out that a chamber of commerce is a 501(c)(6), not a 501(c)(3), meaning they can not pursue grants in the traditional way that other nonprofit organizations can. She also stressed the economic impact of COVID-19 on the business community in Hanford, and how that’s affected the Chamber’s ability to raise funds.

“For the past 18 months, activities that would normally take place and generate much-needed revenue for the Chambers to operate came to a halt,” Villareal said. “Fortunately we are slowing bringing these events back to the community, but the lack of revenue in 2020 and 2021 has had an impact.”

The Chamber of Commerce has also dealt with the closure and diminished capacity of many businesses in Hanford — businesses that were paying dues to the Chamber, Villareal said.

Yah they aren't 501(c)(3) because they pay their employees too much and don't offer enough services to be a non profit. Most of their revenue goes to their parties.

That is inaccurate. Chambers of Commerce are automatically qualified as a 501c6. To gain correct information please inquire with the chamber directly instead of making speculation on their spending.