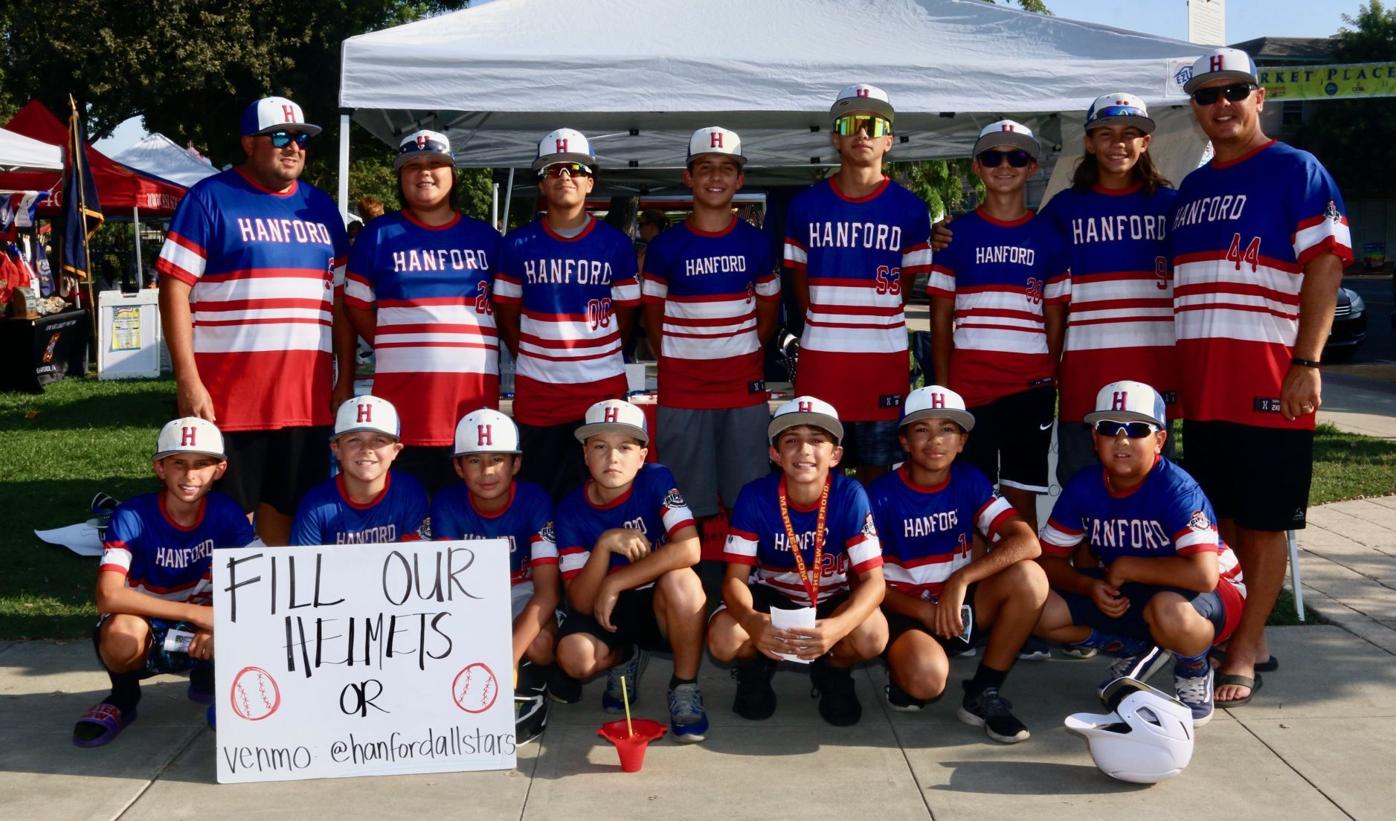 The Hanford 12U All Stars sought donations for their upcoming trip to the Cal Ripkin World Series at the Thursday Night Market Place. 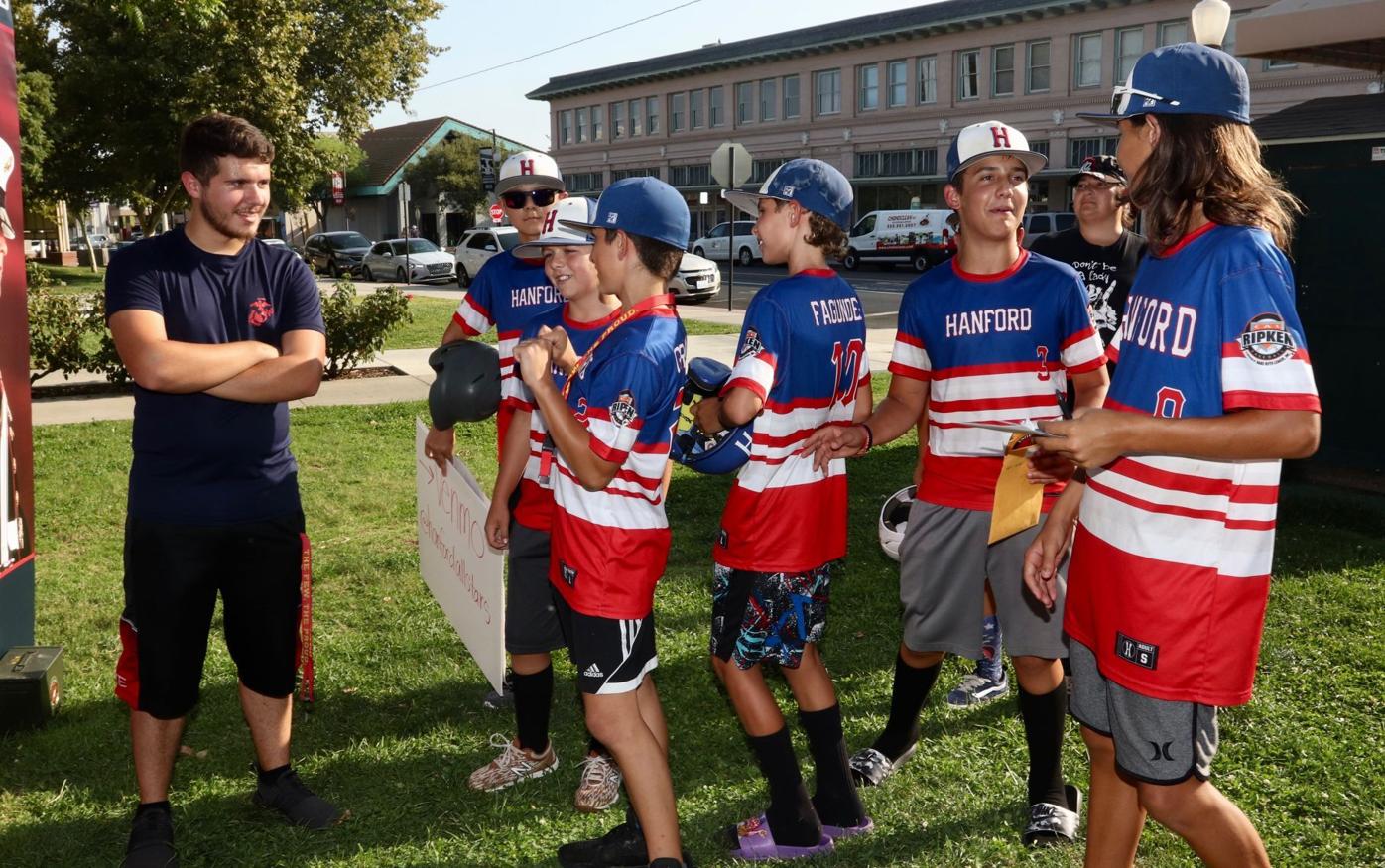 The Hanford 12U All Stars sought donations for their upcoming trip to the World Series at the Thursday Night Market Place. 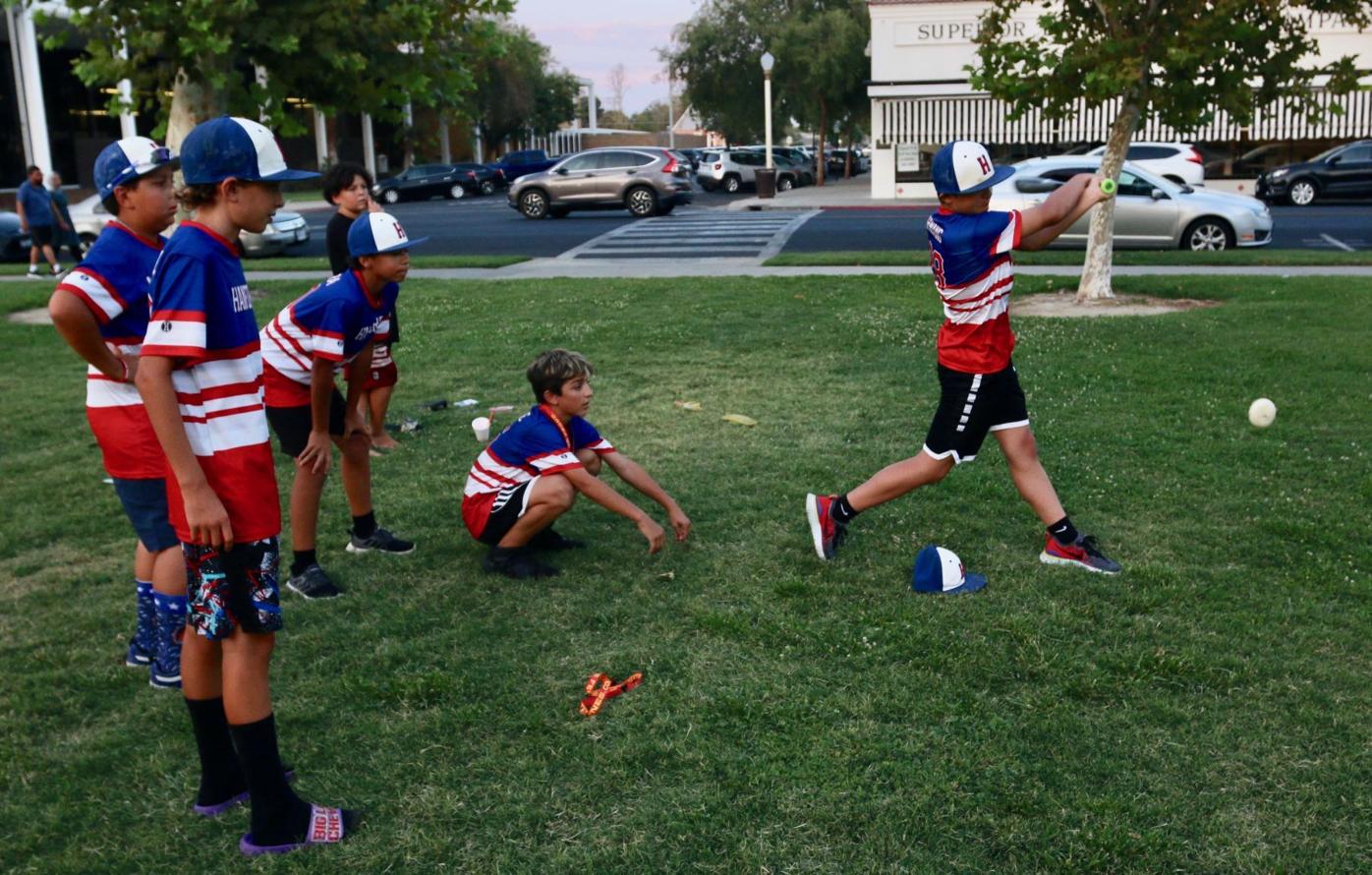 Members of the Hanford 12U All Stars worked in a makeshift game on the lawn of the Civic Park across from Superior Dairy Thursday evening.

The Hanford 12U All Stars sought donations for their upcoming trip to the Cal Ripkin World Series at the Thursday Night Market Place.

The Hanford 12U All Stars sought donations for their upcoming trip to the World Series at the Thursday Night Market Place.

Members of the Hanford 12U All Stars worked in a makeshift game on the lawn of the Civic Park across from Superior Dairy Thursday evening.

The Hanford 12U All Stars are headed to the Cal Ripkin World Series, and they’re hoping the community will support them in doing so.

“That’s every little boy’s dream right there — to play in the World Series, so you can imagine how excited they are,” said team manager David Berna.

The team is raising funds to ensure that all players and family members can make it to the Series, scheduled for Aug. 7-15 in Palm Beach Gardens, Florida.

It’s been a wild few weeks for the team of 12-year-old sluggers, as well as their coaches and family.

During this year’s Pacific Southwest Regional Tournament, which was hosted from July 18-24 in Hanford, the team came in third place. Knowing that only the top two teams from the division would go on to play in the World Series, the team thought their season was over.

“We were all bummed,” said 12-year-old Kings Christian student Blake Raymond, adding, “But then we got the news and we were happy.”

The "news" being that the second place team would be unable to make the trip to Florida, meaning that the Hanford All Stars were offered the chance to take their place.

“Late Friday night we found out, so we held an emergency parents’ meeting at about 9 p.m.,” Berna said. “Everybody decided to go. Everybody was all in.”

No one moreso than the players, though, whose hard work on the field got them to this moment.

“I was so excited. You could say I practically crapped my pants,” said Pioneer Middle School student Wryden Barajas.

“I was jumping up and down. I was really excited,” said Raymond, who hit his first home run this season, “dead center over the fence,” he notes.

The team, along with first-place tournament winners Los Altos, will represent the Pacific Southern Region, which is made up of Nevada, Arizona, Utah, Guam, Hawaii and California as they play against 18 other teams from around the US in the tournament.

Before the opening pitch, though, the team is scrambling to get in as much practice as possible while also rallying support from the community to raise funds for the trip.

“We’re just trying to make as much as we can to ease the cost for the families when it comes to flights, lodging and food — things like that,” Berna said.

In addition to hosting a “fill our helmets” fundraiser at the Thursday Night Market Place this week, the team also has a GoFundMe account at www.gofundme.com/f/hanford-all-stars-12u-world-series-bound and is accepting donations on Venmo at @hanfordallstars.

“That helps a lot,” said Woodrow Wilson student Star Navarette. “It’s enjoyable seeing that people want to help us get to our destination and succeed.”

Many local organizations and businesses have also sponsored the team. For sponsorship details, visit the team’s Facebook group at https://bit.ly/3yhxQ8D or by searching for “Hanford 12U All Stars World Series Bound.”

The Facebook group is also a good way to keep up-to-date with the team throughout the eight-day tournament, which kicks off in just about a week.

“Hopefully we make it through. I think we will,” said Navarette, who said one of their favorite things about baseball is the pressure and jitters they  get from big-game situations. “I have a good feeling about the World Series.”

Through all the excitement surrounding the World Series, the team said they'd like to get in some fun leisure activities while in Florida, but haven't been able to give it much thought as to what they'll do.

"I think we'll go to the beach," Raymond said. "Wait — does Florida have a beach?"