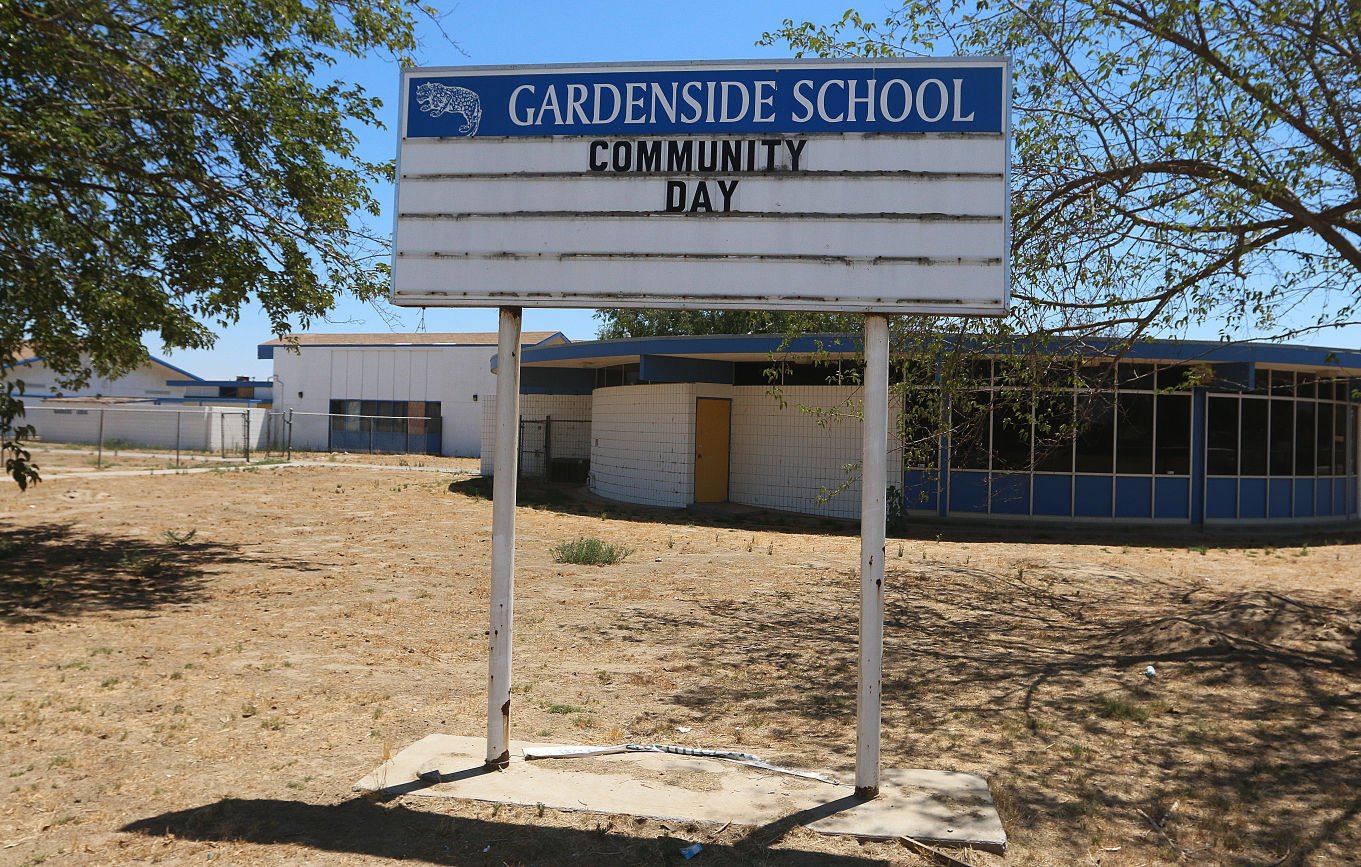 Gardenside School in Home Garden has been vacant for several years. 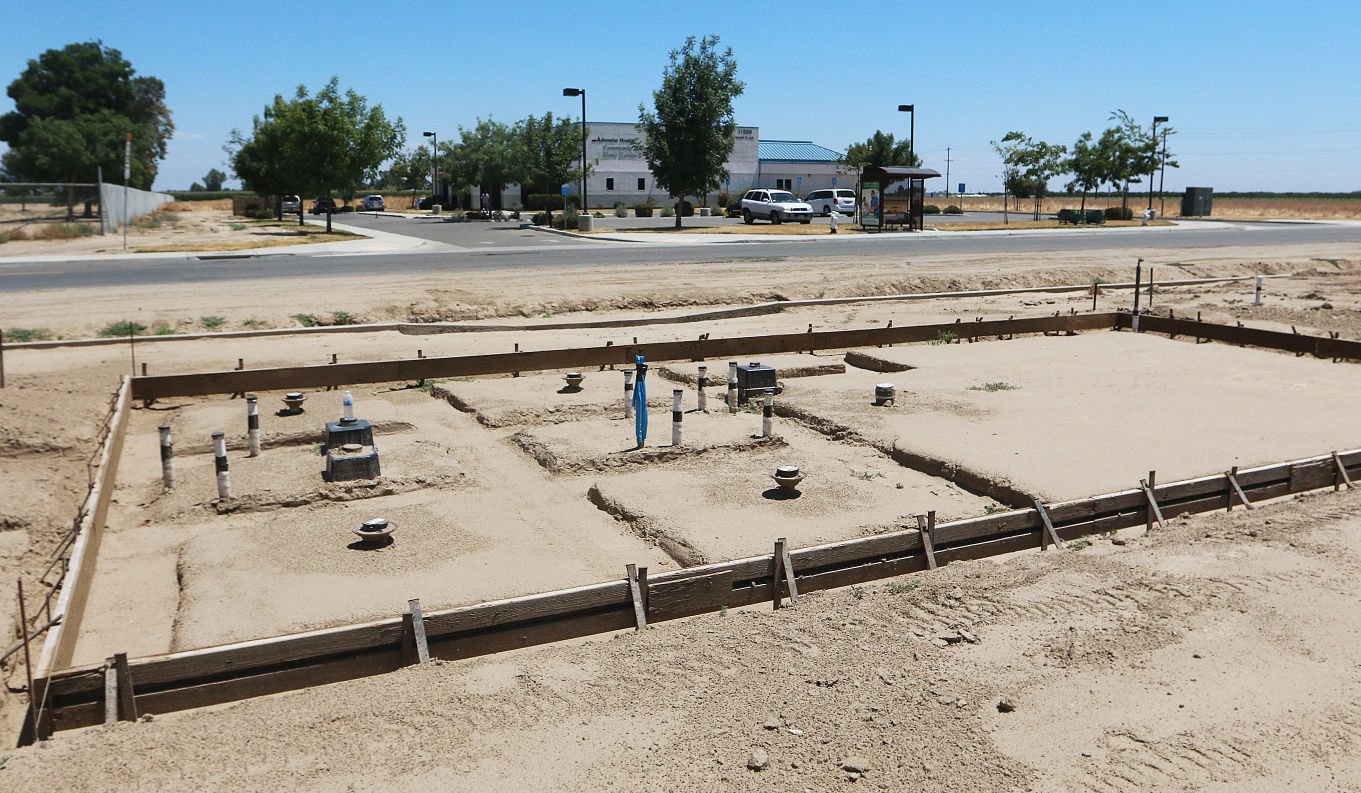 The site of the Home Garden Community Park sits unfinished. Construction started in 2013. It was supposed to be completed in 2014, according to the grand jury report. 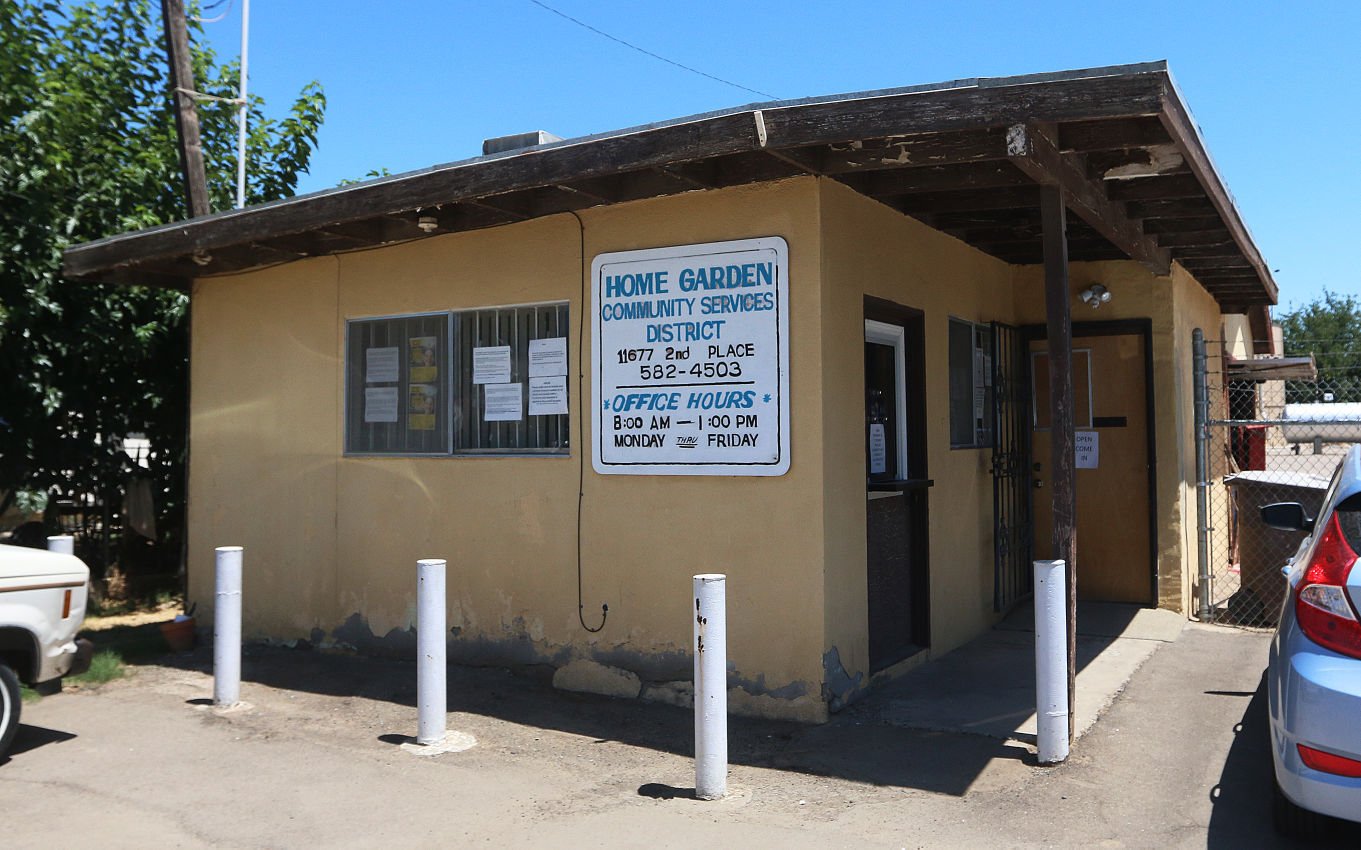 The Home Garden Community Services District office last month. Board President Harold Reed issued a response earlier this month saying the district was complying with most of the recommendations contained in critical grand jury report released in June. 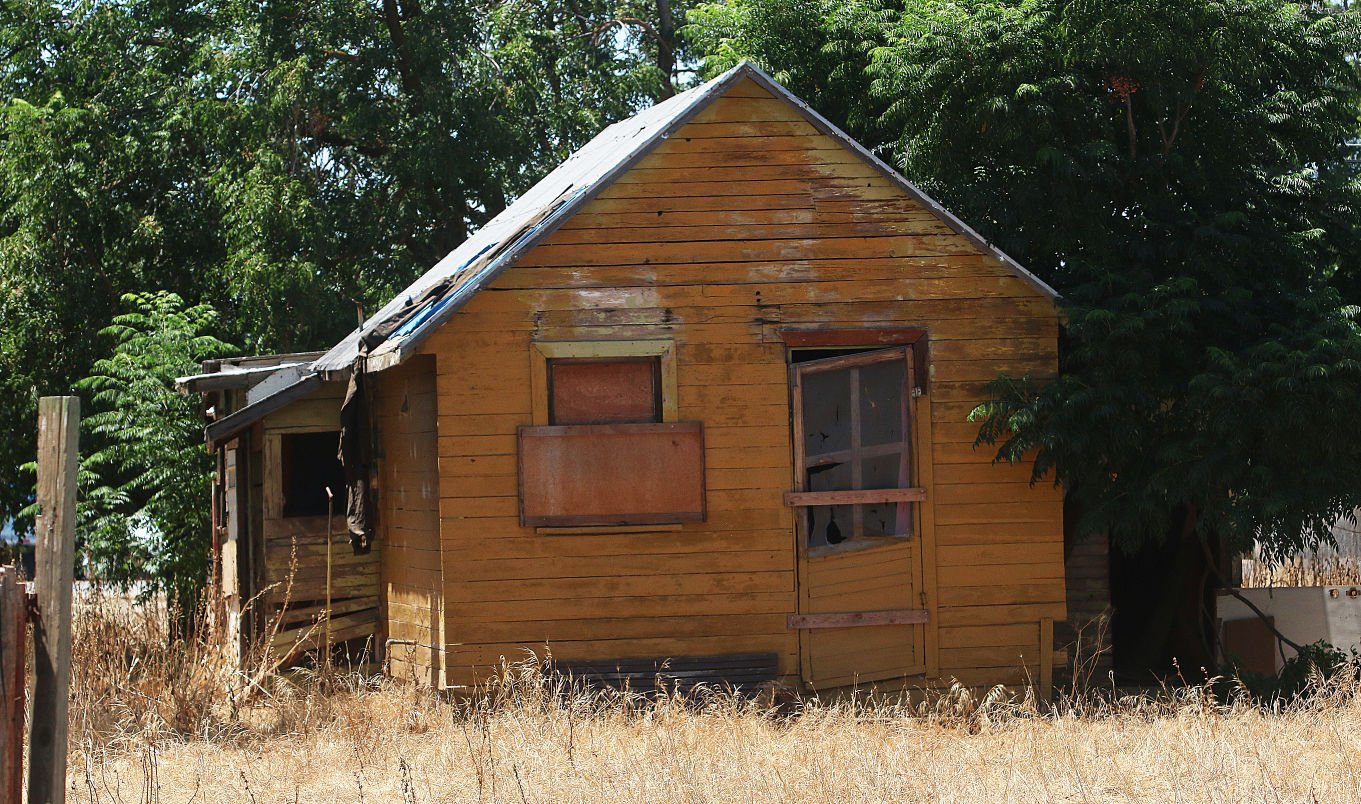 A house sits on a lot on Second Place in the Home Garden area outside Hanford.

Gardenside School in Home Garden has been vacant for several years.

The site of the Home Garden Community Park sits unfinished. Construction started in 2013. It was supposed to be completed in 2014, according to the grand jury report.

The Home Garden Community Services District office last month. Board President Harold Reed issued a response earlier this month saying the district was complying with most of the recommendations contained in critical grand jury report released in June.

A house sits on a lot on Second Place in the Home Garden area outside Hanford.

Of all the reports issued by the 2014-2015 Kings County Grand Jury this year, one stands out above the rest, both for how long it is and because of how critical it is: the report on the Home Garden Community Services District.

The report identified 31 findings of alleged mismanagement by the governmental entity charged with overseeing sewer, water, garbage collection and streetlight services in the impoverished, unincorporated neighborhoods known as Home Garden and located just outside the southeastern Hanford city boundary.

Home Garden consists of several blocks of streets and houses on both sides of 10th Avenue south of the Kings Fairgrounds. The 2010 census found 1,761 people living in Home Garden.

The findings paint a picture of an agency in disarray, seemingly failing at almost every level.

The 19-page document ends with a recommendation that the Kings County Board of Supervisors “arrange for oversight, training and guidance for the district.” The grand jury also requested that that the 2015-16 grand jury “look into the findings and recommendations of the 2014-15 grand jury for compliance.”

District board president Harold Reed did not respond to repeated attempts to reach him for comment. Michael Farley, the attorney representing the district, also couldn’t be reached for comment.

By law, grand jury members issue one written report but aren’t allowed to comment further on their investigations.

One of the allegations in the report is that several district directors have resigned in the past three years. The report says that all vacancies should have been reported to the Kings County Elections Office, but only one vacancy was ever reported.

One of those who resigned was Eugene “Bo” Patterson, a former Home Garden resident and community activist who now lives in Hemet.

Patterson, contacted by phone, said he stepped down in November 2013. He said he’s a defendant in a lawsuit brought by a district employee against members of the board.

Patterson said he couldn’t comment on the report because of the lawsuit.

Patterson said one of the problems with the agency was that “people wouldn’t come and participate in anything.”

“I think they need some entirely new people in there that care about the community,” he said.

One of the allegations in the report is that there were “strained relationships” between the office staff and board members.

Legally, the district’s board of directors must issue a formal, written response to the grand jury within 90 days of the release of the report.

The report was released June 24. The board hasn’t issued a response yet.

The grand jury also required the Kings County Board of Supervisors to respond.

Board Chairman Richard Fagundes sent a letter this week to Kings County Superior Court Judge Jennifer Giuliani, who is supervising the grand jury this year.

Fagundes wrote that the district “is an independent government agency, and is charged with knowledge of the law and proper government procedures.”

County leaders clarified their position in comments at the supervisors’ regular weekly public meeting on Tuesday.

“The county stands ready, able and willing to do the same for Home Garden Community Services District,” he said. “We do have a history of helping when those requests are made.”

The report is available at http://bit.ly/1I3KWdz. Among the grand jury's findings against the Home Garden Community Services District:

• Dysfunctional board of directors

When the 2014-15 Kings County Grand Jury issued a critical report on the Home Garden Community Services District earlier this year, it tallied…

I know this may be a stupid question, but why doesn't Hanford extend the city's boundaries to include this section so it could be included in the oversight of the city council? Obviously, no one in this little community cares enough to do anything on their own, which is evident in how run down the area is. If the city brought it into its fold things could start happening to bring these area up to a better standard.

So; this Community Services District has a an attorney (which all do) and yet knows nothing of the disarray? The attorneys are always supposed to be at each Open Meeting. This sounds like so many other situations where small districts are pretty much left to their own devices and no one steps in to assist. Most people are just ordinary citizens who at least initially try and want to do a good job but running a district is often complex; why have an attorney if they don't provide legal guidance?

re: airplayne: I seriously doubt it is a matter of "no one in the community caring'. Home Gardens, just like Armona and a few other unincorporated "towns", have no city council, no mayor. All they have is a Community Services District which oversees such things like Water, sewer services and trash collection. Their "leadership" [if you will] is the County and the ELECTED Supervisor of the district that encompasses Home Garden. Before you cast stones- comprehend how County Governance Works.

I was born and raised in the Home Garden area, I passed through Hanford about a year ago and drove through the Home Garden area, I was amazed how much better it looked than when I was a little kid. They even have a school there now! I imagine that it looked a lot better when they first rebuilt that area, but like most poor areas, people don't take care of their places and it gets ran down again.