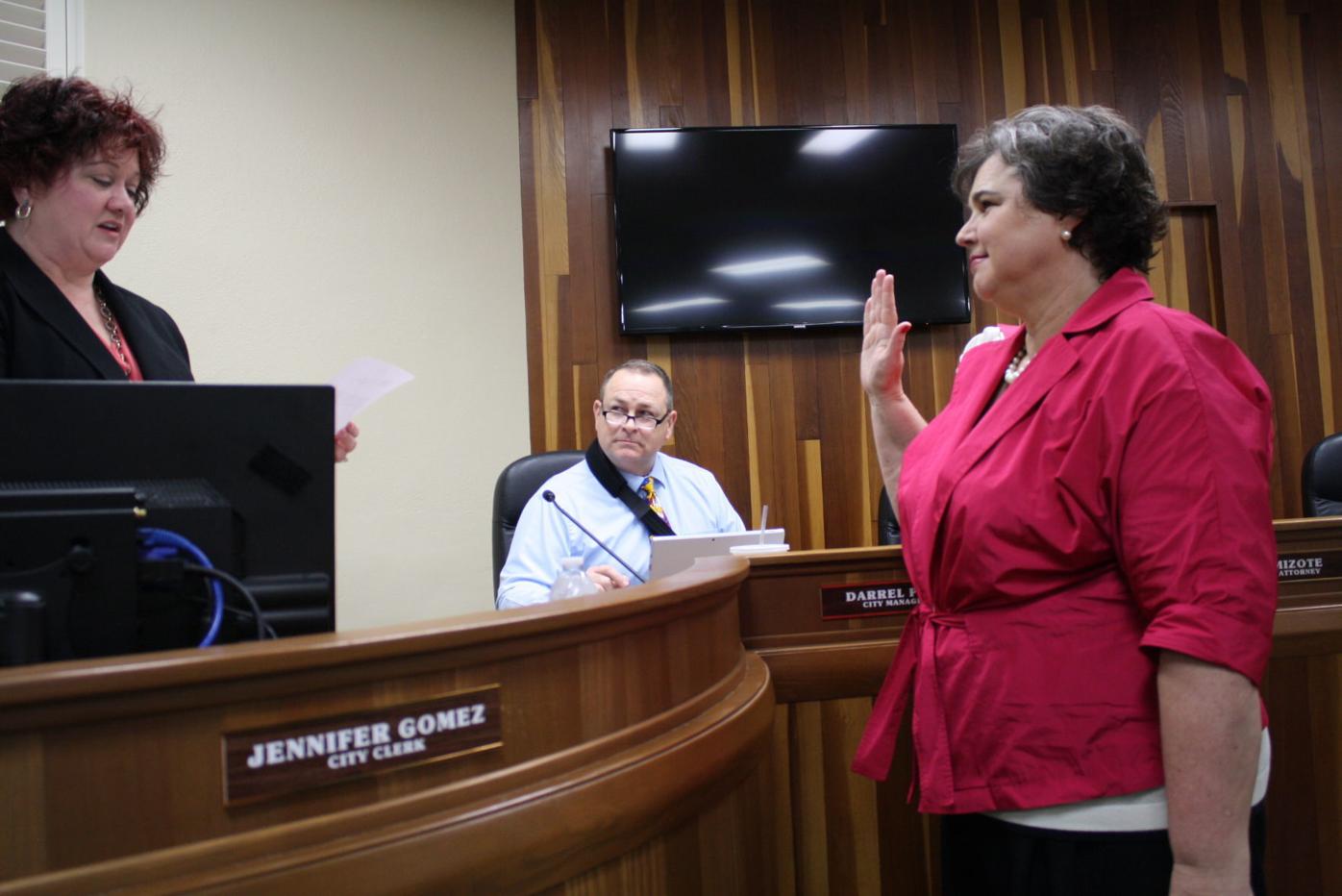 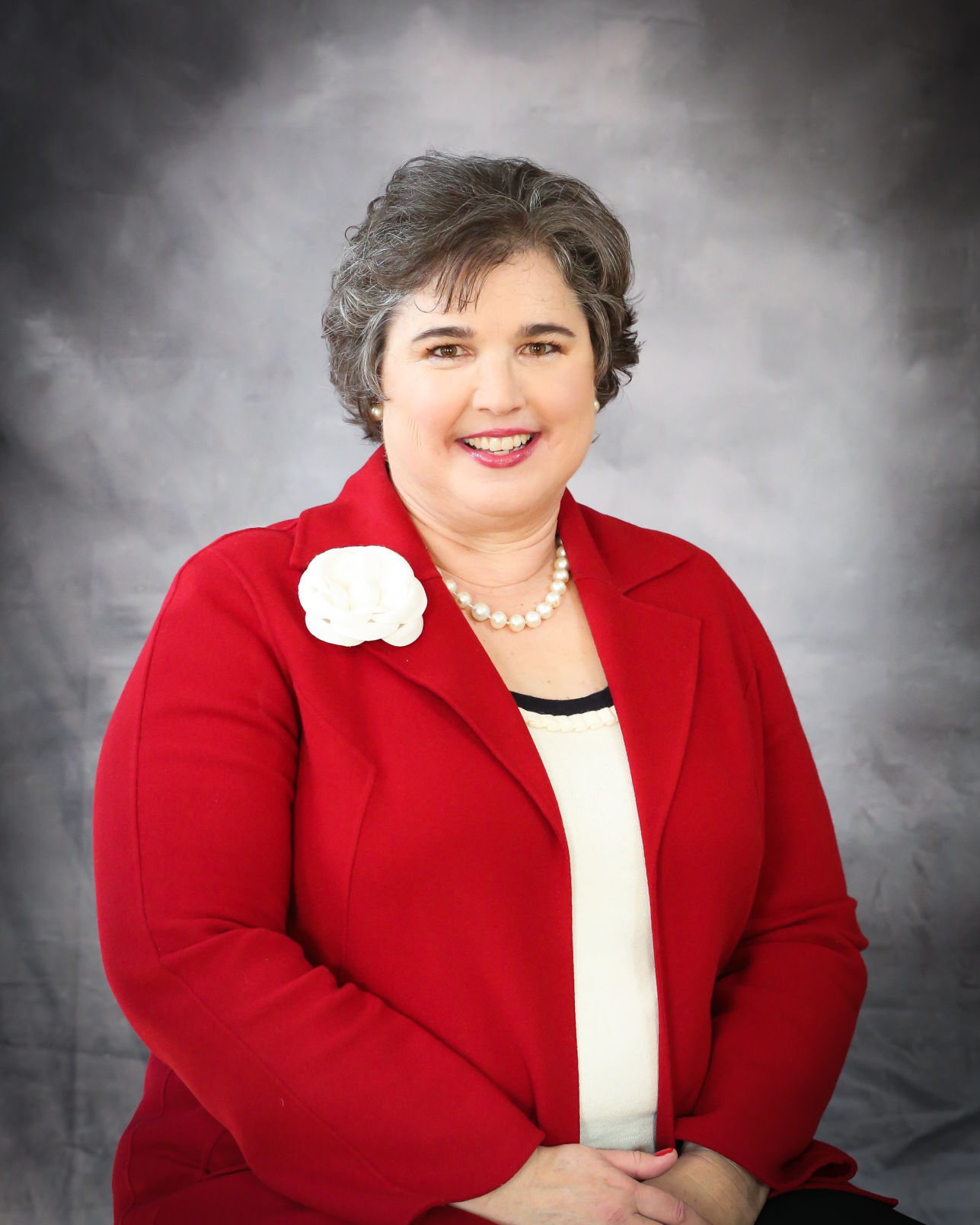 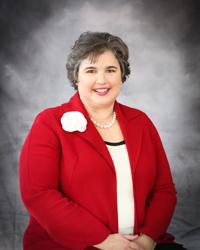 Diane Sharp is a well-educated business professional with in-depth government knowledge and non-profit experience. She is also down to earth.

Recently appointed as Hanford's mayor, Sharp considers a good sense of humor an important characteristic of a healthy politician.

She served on the Hanford City Council after being elected to the position by constituents of District D in 2018. She also served as vice mayor and as Councilmember for District C.

Born and raised in the area, Sharp graduated from Hanford High School in 1981 and then attended Stanford University. She graduated from Stanford in 1985 with an AB in Communication, started a successful agriculture business and worked as a professional fundraiser for United Way.

She raised two children and served many community groups including Westside Elementary School Board (Five Points), various PTAs and as president of Calvin Crest, a private Christian Camp in Oakhurst.

In a 2019 letter to the Hanford Sentinel, retired Fresno County Supervisor Debbie Poochigian referred to Sharp as "hard-working and genuinely committed to advancing good public policy."

"She is serious-minded but doesn’t take herself too seriously," Poochigian continued.

The Hanford Sentinel conducted a Q&A with Sharp to learn more about her aspirations as the city's new mayor.

HS: How do you plan to inspire Hanford citizens to become more engaged with local government agencies and their community?

I come from a family of lawyers, and think I’ve heard most of the bad lawyer jokes. So I have a tough hide when it comes to folks poking fun at politicians. I wish we would do more of it, frankly! Humor is a sign of good health!

I can see why there is less humor than there used to be, and we’ve done it to ourselves. Effective elected officials are driven to serve, not be served.   Unfortunately, some in public service in our country are in it for the wrong reasons. Some seek public office in order to stroke their own egos or line their own pockets, or both. Selfish politicians just frustrate people, which often drives them away. The more public-focused we can be in Hanford, the more successful we will be.

We need to be good communicators. The Council has directed the City Manager for the last two years to improve our website and social media presence, and it looks like 2022 will be the year where we take a big leap with that. The city has been slow in adopting the right tech across the board, so we’ve been digging out of a hole. It’s getting better.

That said, nothing can replace person-to-person interaction. The more responsive the Council is to citizen concerns and ideas, the more success we will have. I encourage folks to contact any or all of the Council with questions, compliments and concerns. In the pandemic environment, there are fewer community meet-up opportunities, so please call, text or write!

City governments are designed to be lumbering, slow-moving institutions. That’s good for stability and efficiency — an overall plus. The downside is, of course, we can get behind on trends and new concepts. Hanford needs public pickleball courts now, for instance. That was nowhere in the plans 10 years ago. Now we have courts in our plans at funded-but-not-yet-built Heroes Park. It won’t take another 10 years to get them built, but it will take two.

People are naturally drawn to good things. There are steps we are taking as a Council to enhance community pride. One is Winter Wonderland, our community event going on through Jan. 9 in Civic Park. We have an exceptionally good gathering spot in Civic Park and surrounding buildings and businesses. It’s the centerpiece of an active, historic downtown shopping, dining and entertainment district. The City Manager has been actively working to reinvigorate the Old Courthouse and jail. Something good will come out of those efforts.

HS: What are your top three priorities for improving the city of Hanford in 2022?

One: Provide the best public safety possible, given many constraints.

Three: Enhance livability for all by encouraging those with time and money to invest both widely into Hanford’s many sports, arts, historical, social, religious and human service organizations. There is joy in giving that helps bind us together and there are many neighbors in need.

HS: What do you feel is Hanford’s greatest strength as a community?

The City of Hanford was formed 130 years ago, and its mission — to provide effective local public service at a fair price — hasn’t changed in all of that time. Current elected leaders stand on the shoulders of those that have served before. We’ve benefited by their good decisions and been hurt by their poor ones. I’ve been part of both.

Through statute, the Council only has power as a group. No one council member, mayor included, has individual special powers on paper, except in extreme emergency. The mayor is really just a facilitator with a fancy title.  The Council selects a new mayor annually to run the Council meetings and sign public documents on their behalf.

There is also a spokesman role, the way things are today. People want information summarized so it is easy and quick to digest and they look for it from the person wearing the mayor’s hat, when in reality the City Manager is the best source for information. That’s the toughest part of the job for me. The Council, city staff and citizens count on the mayor to do that well.

This service opportunity has come at a great time for me. I’ve been privileged to lead many boards of directors over the years, from elementary school PTAs, to advocacy groups like California Women for Agriculture’s Central District, to a Christian Conference Center, to the California State Fair, and I also have decades of experience as a business owner.

HS: What do you believe is Hanford’s biggest challenge, from a government operations perspective?

City governments are service organizations. We aim to provide outstanding service to our customers — the citizens of Hanford. Sure, the city has a monopoly on providing trash, sewer, fire protection, etc., but we do our best work when we don’t act like it.

I’ve worked for non-profits and for-profits through the years and enjoyed both. The business problems — and opportunities — are the same, though leading non-profits is trickier, as you don’t have that bottom line to motivate and unify your people in the same way.

The Council’s first job is to keep the City Manager and his organization responsive to our local people. Mario Cifuentez’s energy, experience and the execution know-how make for a great Chief Executive Officer (CEO)/City Manager. The Council that picked him did the people of Hanford a big favor.

It’s an exciting time to be a part of the city government. Hanford is attractive and growing, and has an aging infrastructure that has to be maintained. We still use water pipes every day that were installed when my great-grandfather was on the Council a hundred years ago! So, while building the new and keeping up the old, we also juggle the new rules that come from Sacramento and Washington that we are obliged to follow. Most of these new rules cost money and don’t necessarily help you do what you think is right for the community.

We do all this while maintaining the rock-bottom lowest sales tax rate in the state — 7.25%. Sales tax is the primary source of revenue for cities in California. Porterville’s tax rate is 9.25%, Kingsburg’s is 8.975% — those pennies of tax savings add up for our shoppers, which is a very good thing. It also means we don’t provide the highest levels of service we’d like to.  It’s a balance.

HS: Is there anything you would like to add?

I am grateful to God for this opportunity. I try to pray for Hanford to thrive every day and would like to encourage those interested to do the same.

There is nowhere else I would want to be mayor. It is a joy to serve. There are so many families like mine who have a spirit of volunteerism and pitching in for the greater good here. It shows in the town, and as new people come they also want to engage in civic improvement.