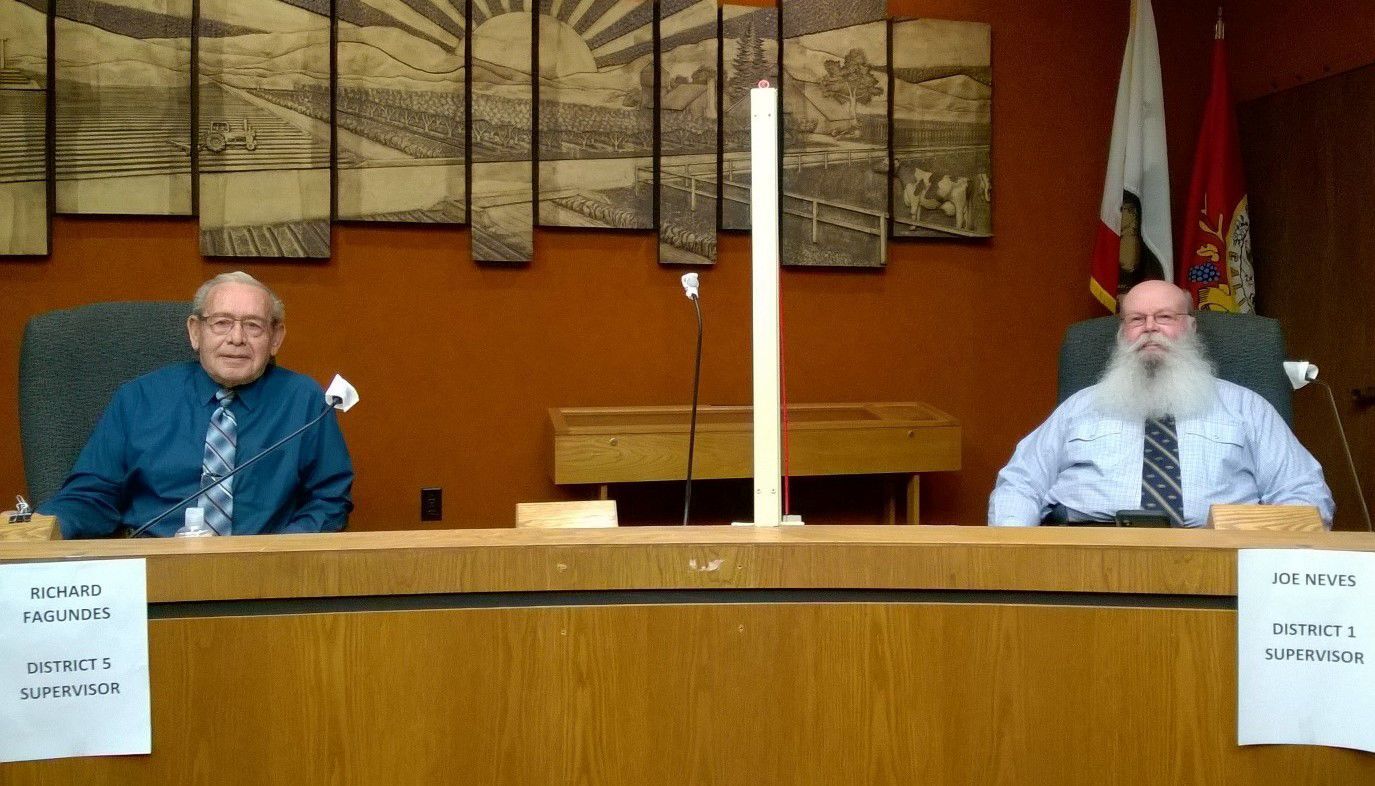 Joe Neves, right, and Richard Fagundes were elected to serve as chairman and vice chairman, respectively, for the Kings County Board of Supervisors. 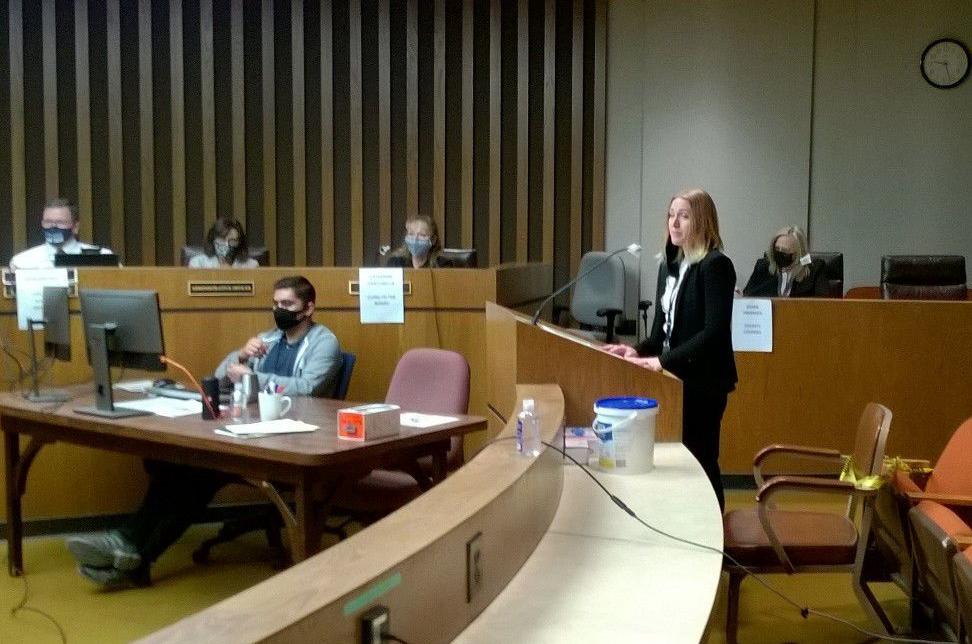 Darcy Pickens, standing, updated the Kings County Board of Supervisors on COVID-19 cases and its Omicron variant at the Board's first meeting of the new year.

Joe Neves, right, and Richard Fagundes were elected to serve as chairman and vice chairman, respectively, for the Kings County Board of Supervisors.

Darcy Pickens, standing, updated the Kings County Board of Supervisors on COVID-19 cases and its Omicron variant at the Board's first meeting of the new year.

Neves is supervisor for District 1 while Fagundes serves District 5.

Besides voting to appoint a new chairman and vice chairman, the Board of Supervisors approved the county human resources (HR) department's request to hire Heavy Fire Equipment (HFE) Operator positions 1 and 2 and adopt minimum wage increases for newly-hired county employees.

The supervisors voted unanimously to approve the hiring of HFE operators at salary ranges of $4,668 to $5,696 (Operator 1) and $5,155 to $6,294 (Operator 2). The county's HR department also recommended the HFE positions be reclassified to limit the scope of their emergency response support, which the supervisors approved unanimously.

Darcy Pickens, interim public health director for the county's Department of Public Health, updated the Board of Supervisors on COVID-19 cases recently reported throughout the county, as well as national Centers for Disease Control (CCD) and Prevention recommendations. She also addressed the recent increase of the Omicron variant within Kings County.

For the week ending Dec. 27, 2021, Kings County's health department administered 512 vaccines, followed by 628 vaccines during the most recent week, Pickens informed the Board.

In addition, the health department "collected 1,533 COVID tests through our clinics, slightly more than the week prior," Pickens stated.

Pickens, who holds a master's degree in public health, informed the supervisors that Kings County received its first report of Omicron cases on Dec. 27, 2021. Although COVID-related cases are up regionally, they aren't increasing as rapidly as in other parts of California, she said.

"Cases here in Kings did see a fairly dramatic spike towards the end of last week," Pickens reported. "We went from an average of 24 cases a day [Dec. 21 to Dec. 27] to an average of 89 cases per day this past week."

Delta is the most dominant COVID-19 variant within Kings County, Pickens informed supervisors. However, she reported throughout the Bay Area and portions of Southern California, a "surge" of the omicron variant is predicted.

"While we still do not have a clear picture about the severity of the disease caused by omicron, hospital admission in those two regions have seen over a two-fold increase in the past seven days," Pickens said.

These numbers reflect 48% of the county's population, not including prison inmates, according to the report.

As of Jan. 4, 2022, the county's current COVID virus rate increase is 2.7%. Although this represents a slight uptick, the data suggest "the vaccine is effective."

Pickens pointed to the holidays as one probable cause for the rise.

"Typically, we do have an increase in cases after a holiday as people gather indoors," she said. "Some of this increase is likely attributable to that, though again, other parts of the state saw the increase prior to Christmas, and Kings [County] is typically at least a few weeks behind those trends, so there is likely more to this increase than holiday gatherings."

After acknowledging the CDC's recommendation to lengthen estimated quarantine times for patients infected with the COVID Omicron variant, Supervisor Valle spoke about returning to initial standards for social distancing throughout Kings County.

Valle discussed loosening social-distancing standards for area restaurants, which have suffered substantially as a result of strict health precautions and government mandates. Valle mentioned he would like to see the Board of Supervisors loosen its own social-distancing requirements during meetings, and as appropriate, in the coming weeks.

"I believe we do have some remodels in the chamber coming up," Chairman Neves responded. "Hopefully we'll be able to address [Valle's] request at that time."

For her part, Pickens said she remains cautiously optimistic about COVID's impact on everyone in Kings County.