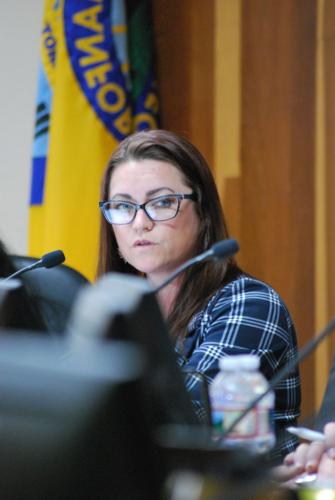 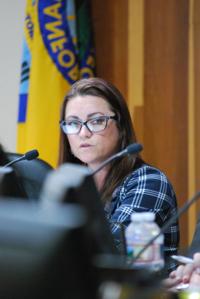 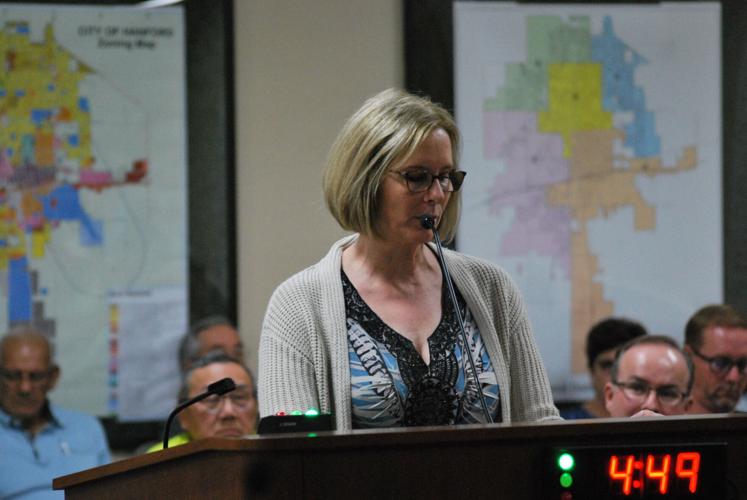 Members of the community spoke about the Northstar Courts development at Tuesday's City Council meeting. 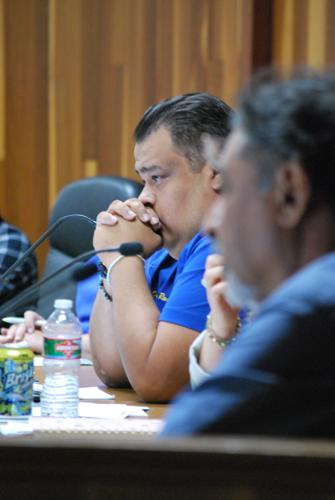 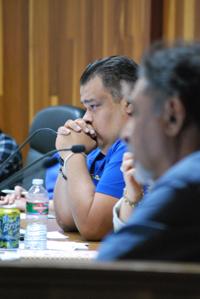 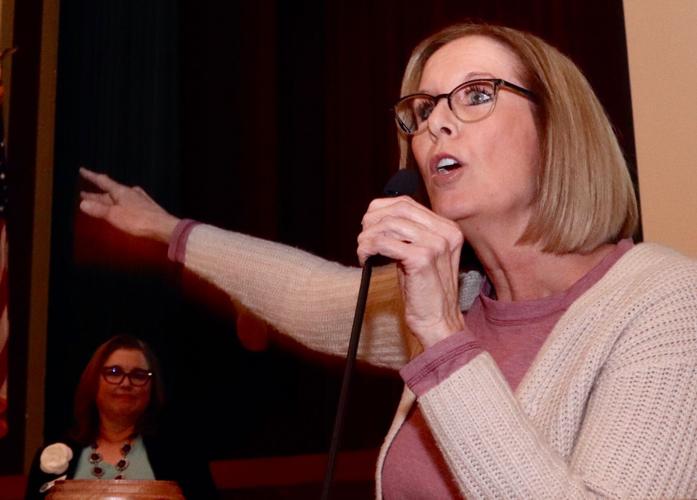 Members of the community spoke about the Northstar Courts development at Tuesday's City Council meeting.

The controversial project, planned for a vacant lot next to Fargo Crossing Shopping Center, is the subject of ongoing debate between many residents of the area and local public officials.

Opponents of Northstar Courts development have repeatedly stated publicly they are not opposed to affordable housing in Kings County or Hanford. They object to the location, they say.

Northstar opponents contend the vacant lot next to a congested shopping center is too small for the planned development. The project, estimated to cost $32 million, comprises 72 one-, two- and three-bedroom low-income apartments, according to UPholdings Inc., the primary developer.

Kings County has committed $1 million toward the development of Northstar Courts, with the remainder of funds coming from state [tax-supported] grants.

A group of vocal residents has attended numerous Kings County Supervisors and Hanford City Council meetings to protest the location of the affordable-housing project.

Hanford's City Council, which approved the development upon recommendation of city zoning officials, was reportedly threatened with at least three lawsuits if it did not approve a TEFRA (Tax Equity and Fiscal Responsibility Act) bond for the low-income housing project, as required by state law.

The Council placed on its agenda for the April 19 meeting a public hearing to "consider the issuance of private activity bonds by the California Statewide Communities Development Authority in support of the Northstar Apartments."

Under the title "TEFRA Hearing" Hanford's Council heard comments from members of the public for and against the Northstar project.

Several Hanford residents spoke at this week's meeting, including a father whose son has suffered from mental illness and a woman who identified as a person with emotional challenges. Both people spoke on behalf of supporting the Northstar Courts project and its proposed location.

However, they were significantly outnumbered by local residents opposed to the location of the affordable-housing development.

Larry Faria, who identified as a 45-year resident of Hanford, spoke first during the public hearing.

"After what we're already being told was too late, we stood before you with hundreds of displeased residents, just to have a smug businesswoman refuse to listen to our concerns and suggestions for other locations," Faira told council members, alluding to a Town Hall meeting held in February to voice public comments about Northstar Courts.

"How did we get to the point where we, as residents, and you, as City Council, are forced to accept the current location of this proposed project?" he asked. "How are we expected to partner with a company who bullied their way into our city, whose only concern is receiving the most government subsidies per unit and has no interest in being good neighbors?"

Christine Leach, a 50-year Hanford resident, frequently has addressed the Council about the Northstar development. She raised concerns about downtown Hanford's homeless population and ongoing problems she feels they pose with illicit drug paraphernalia.

"The Northstar project opened my eyes tremendously to how untransparent our local government is," she said. "I am very disappointed with the state government officials...and even the local government entities — especially the Board of Supervisors, which is a horrible feeling."

Allison S. of Hanford also spoke against the proposed location of Northstar Courts. She identified as a teacher with students who live near the site. Calling herself a "champion for inclusion and belonging," Allison asked how the Council plans to address "safety concerns" if the affordable-housing development goes through.

"The theme of this project has been 'Pass the Buck,'" she said. "At a certain point, our Council needs to take responsibility for their role in this."

To that end, the Council voted 3-2 to approve the TEFRA bond, which gives developers a greenlight to proceed with Northstar Courts as planned.

However, prior to voting to approve the bond, two council members tried to give Hanford residents an opportunity to vote on the proposed development directly.

Councilmember Art Brieno asked if it was possible to allow citizens to vote on the project.

"What are our options?" Brieno asked the city attorney.

Under TEFRA regulations, Hanford's attorney said Council could move to bring the project directly to voters to decide.

"That is an option," the city attorney confirmed.

After making a brief statement, Councilmember Amanda Saltray offered a motion to give Hanford voters an opportunity to decide whether to support or reject the Northstar Courts project.

"When taxpayer money is used to fund a project that has a great impact on the community...it should be the right of the people to decide," Saltray said, citing government "overreach" as a growing problem in California.

"I serve at the will of the people," she continued. "Therefore, I'm taking a stand in my district. I move to bring the vote to the people to decide."

After Saltray made an official motion to hold a public election concerning Northstar Courts, Brieno seconded it.

However, Councilmember Francisco Ramirez, Vice-mayor Diane Sharp and Mayor Kalish Morrow voted against the motion, sending it to a 3-2 defeat.

Prior to the vote, Mayor Morrow asked the city's attorney if there could be any legal repercussions — in terms of missing timelines required under TEFRA — if the Council brought the project directly to voters.

"Something like that could potentially kill the project and put us in the same murky waters as the 'No' vote would...so it kind of brings us back to square one," Morrow said after staff confirmed there might be legal backlash.

After rejecting Saltray's motion to bring the Northstar Courts project directly to voters, Saltray made another motion to postpone a vote on the TEFRA bond.

However, the Council voted 3-2 against Saltray's motion.

"We'll go back to the main motion, which is to approve the TEFRA [bond]," Mayor Morrow said.

Saltray and Brieno voted against the motion to approve the bond.

However, Ramirez, Sharp and Morrow voted in favor of approving the TEFRA bond, which effectively gives developers the greenlight to proceed with the Northstar Courts project as planned at the Fargo Crossing location in Hanford.