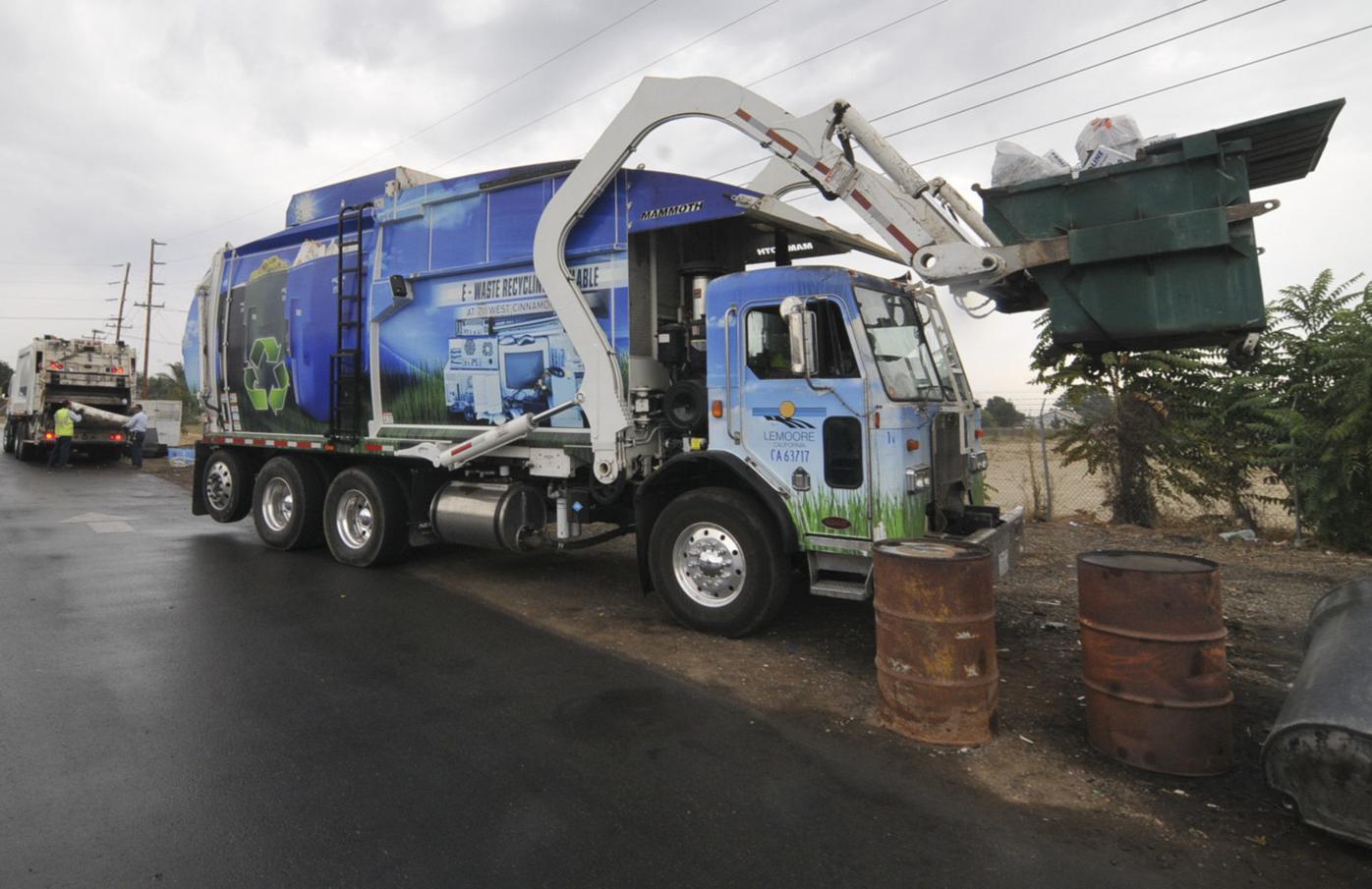 Rate increases helped pay for new refuse trucks like this one, but Lemoore  residents who need a second green or blue container can request one at no charge. 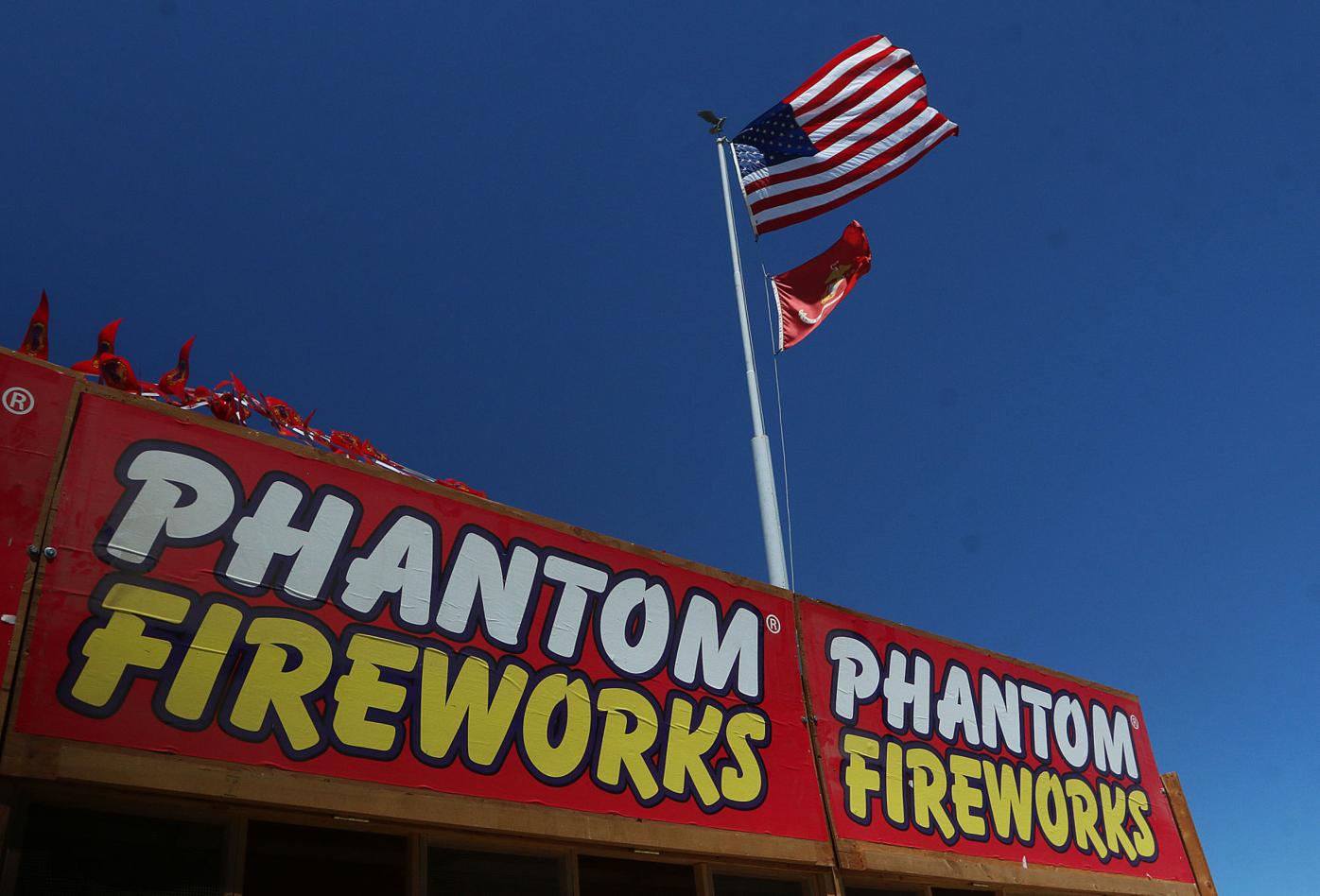 A fireworks stand sits in a lot across from Lemoore High in this file photo. Council heard comments on recent fireworks set in the community Tuesday. 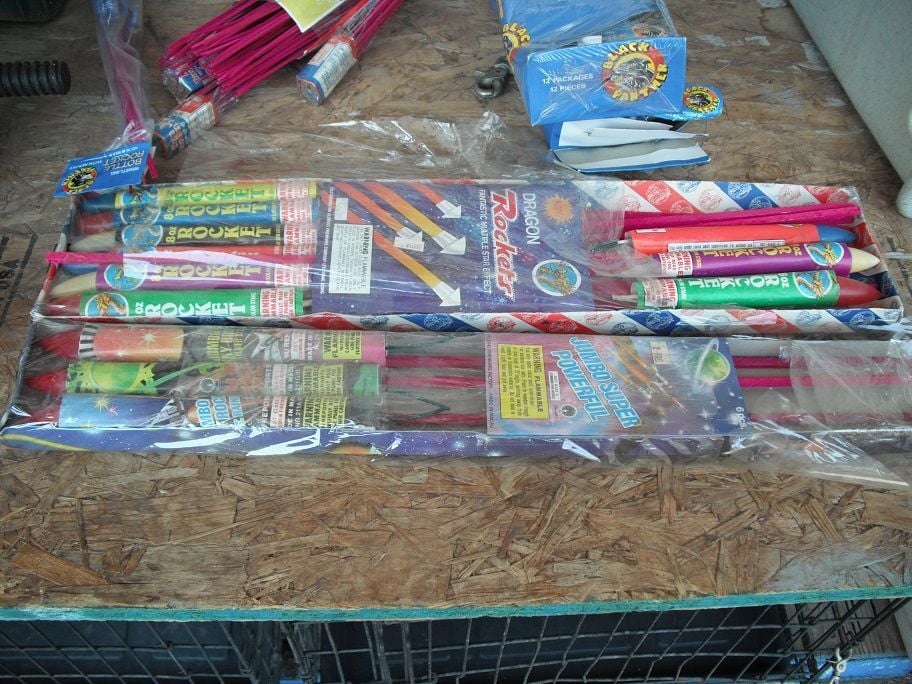 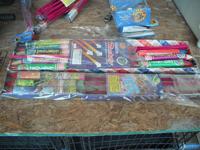 Rate increases helped pay for new refuse trucks like this one, but Lemoore  residents who need a second green or blue container can request one at no charge.

A fireworks stand sits in a lot across from Lemoore High in this file photo. Council heard comments on recent fireworks set in the community Tuesday.

The Lemoore City Council gathered Tuesday evening for its first meeting of 2022 and addressed a variety of topics.

The meeting offered something for everyone interested in local government operations — from a complaint about illegal fireworks to concerns about people driving under the influence of marijuana to questions about "free" refuse containers.

In an earlier closed session, the Lemoore City Council addressed agenda items regarding two liability cases filed against the municipality. Notice of the closed session fell within the state's 24-hour public-meeting notification rules.

A liability claim against the city filed by Joe Gomez Sanchez Jr. is pending. The council voted unanimously (5-0) to pass a motion to appeal the claim.

"The city attorney will provide an oral report regarding the closed session at the beginning of the next regular city council meeting," Mayor Stuart Lyons said.

During the closed session, the council also discussed a conference held with Labor Negotiator Agency "designated representatives," noted Mayor Lyons, who also represents District A on the council.

A woman named Jennifer, who identified herself as a Lemoore resident from Redwood Lane, addressed the council as a concerned citizen. She complained about "illegal" fireworks.

"Each year there are fires," Jennifer told the council. "They're a strain on city staff, volunteers and community resources. There's harm to children. Our residents and veterans with PTS [Post Traumatic Stress] are triggered. Animals are scared and get out, running loose, creating potential for harm."

She pointed out that illegal fireworks are also set off during other holidays, including Fourth of July and Cinco de Mayo, as well as for school graduation celebrations.

After asking if Lemoore city personnel have reviewed the number of police dispatch calls and mapped out where most of the calls originate, along with hospital visits and emergency room reports, she recommended doing so to help "curtail illegal fireworks."

She also suggested enlisting private citizens and sharing a portion of "citation income" with Lemoore residents "if they get the act on video."

"I'm wondering if this is something the City could consider doing," Jennifer asked.

However, no discussion ensued.

Overall, calls were "down from last year" to an estimated 348, Kendall said.

"Our preliminary numbers look good," said the police chief, who qualified that the final analysis with verified numbers will be available in the next couple of months, after the police department issues its annual report.

Chief Kendall also announced the department has partnered with the local Lions Club to host a blood drive on Jan. 19, from 3 to 7 p.m. at Lemoore's main police department building.

"I invite you guys to be there," he said.

Councilmember Frank Gornick (Dist. C) asked the city's police chief if he noticed an increase in traffic citations for individuals "under the direct influence of marijuana" during the past year.

"No," Chief Kendall responded. "Not at all."

Gornick asked if there is a way to test people specifically for driving under the influence of marijuana.

Lemoore's police chief said standard procedure is for officers to follow drivers who display erratic driving that might indicate they're under the influence of alcohol or drugs. If the driver is pulled over by officers, Kendall said the driver may be subjected to a "field sobriety test."

He noted the field sobriety test for alcohol is similar to the one for marijuana, but it is not identical.

"It's up to that officer to determine whether or not they feel that driver is too intoxicated to drive," Chief Kendall said.

Gornick pointed out he recently heard and saw radio and television public-service announcements warning people not to drive while under the influence of marijuana, noting it's the same as driving while intoxicated by alcohol.

"Right," said Chief Kendall. "Absolutely. It's the same thing — your DUI on alcohol, or your DUI on drugs. It's no different. Same fines, typically."

After the Council signed off most of the items on the evening's agenda — including approval of the minutes for meetings held in December 2021 — Councilmember Gornick inquired about fees for extra refuse and garbage containers.

City staff clarified there is no fee to residents who request a second green or blue "can." However, residents will be billed for a third container.

"So, they can get a second green can free, or a second blue can free?" Gornick asked.

A city staff representative responded in the affirmative.

Clearly pleased with the response, Gornick added, "Hopefully, if citizens need that extra can to put their leaves in, then they can do that."

After additional but brief discussions, the council approved items 3-6 and 3-7 on the meeting agenda: "Budget Amendment – Technical Planning Services" and "Purchase of Refuse Containers and Lids," respectively.

Before closing the meeting, Mayor Lyons and each council member thanked city employees, including police and fire department personnel, for their service to Lemoore, and wished everyone a happy New Year.

"Thank you to city staff employees," Matthews said. "Thank you guys for everything you do for our community."

The funny thing is those FIELD sobriety test won't hold up in court without a chemical test like they use with alcohol test. NO THERE IS NO TEST THAT ACTUALLY MEASURES AMOUNT OF THC LIKE A BREATHALYZER READS BAC!!! ANYONE WITH ANY DISABILITY OR MEDICAL CONDITION CAN REFUSE FIELD SOBRIETY TEST! HEY CITY COUNCIL MEMBER! INNOCENT UNTIL PROVEN GUILTY. CITATIONS DON'T MATTER. COPS ARE JUST MESSENGERS NOT JUDGES.