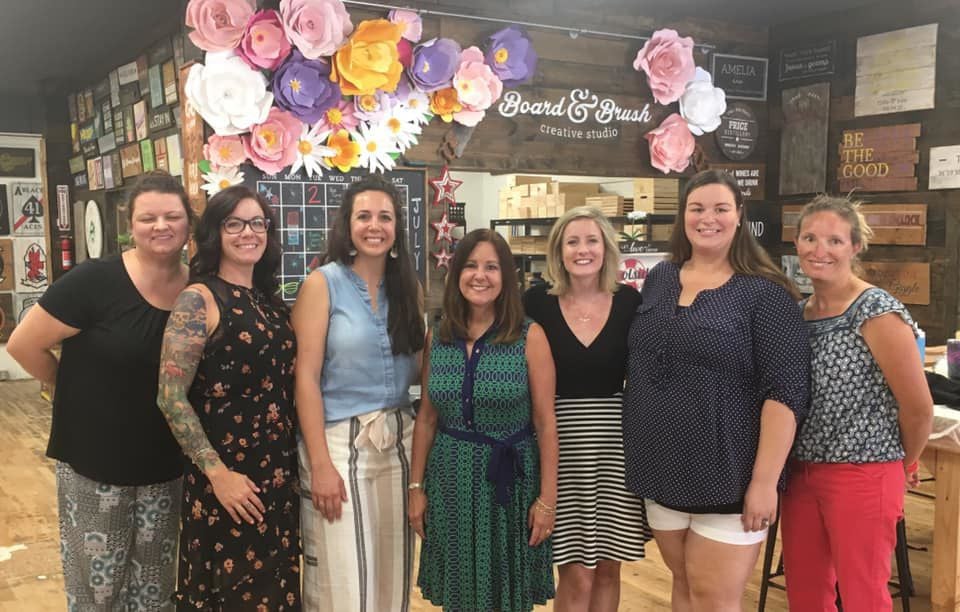 Board & Brush hosted the Second Lady of the United States Karen Pence (center) at their studio in Hanford on Wednesday. 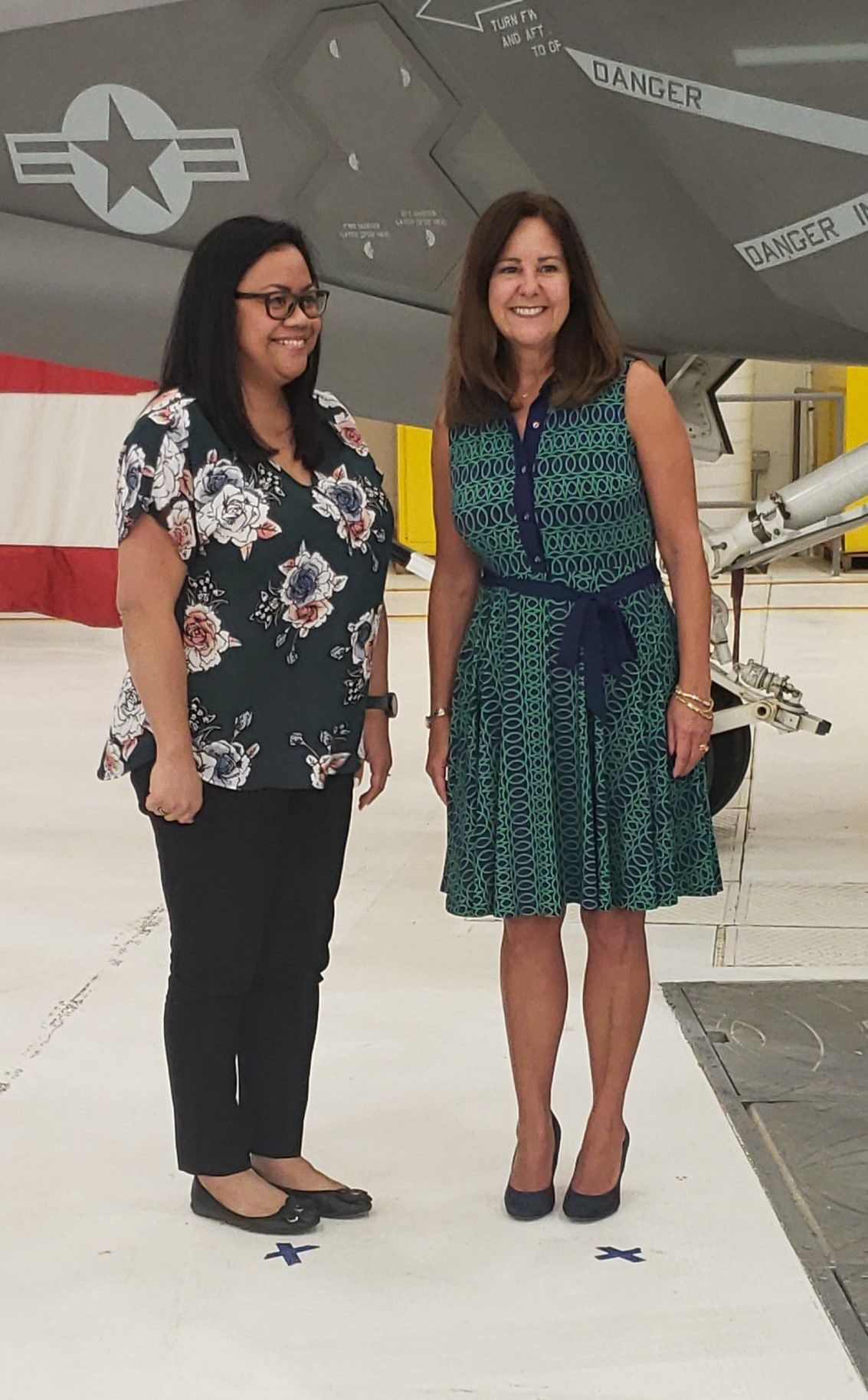 Spouses lined up to receive a bracelet and take a picture with Karen Pence after her speech. 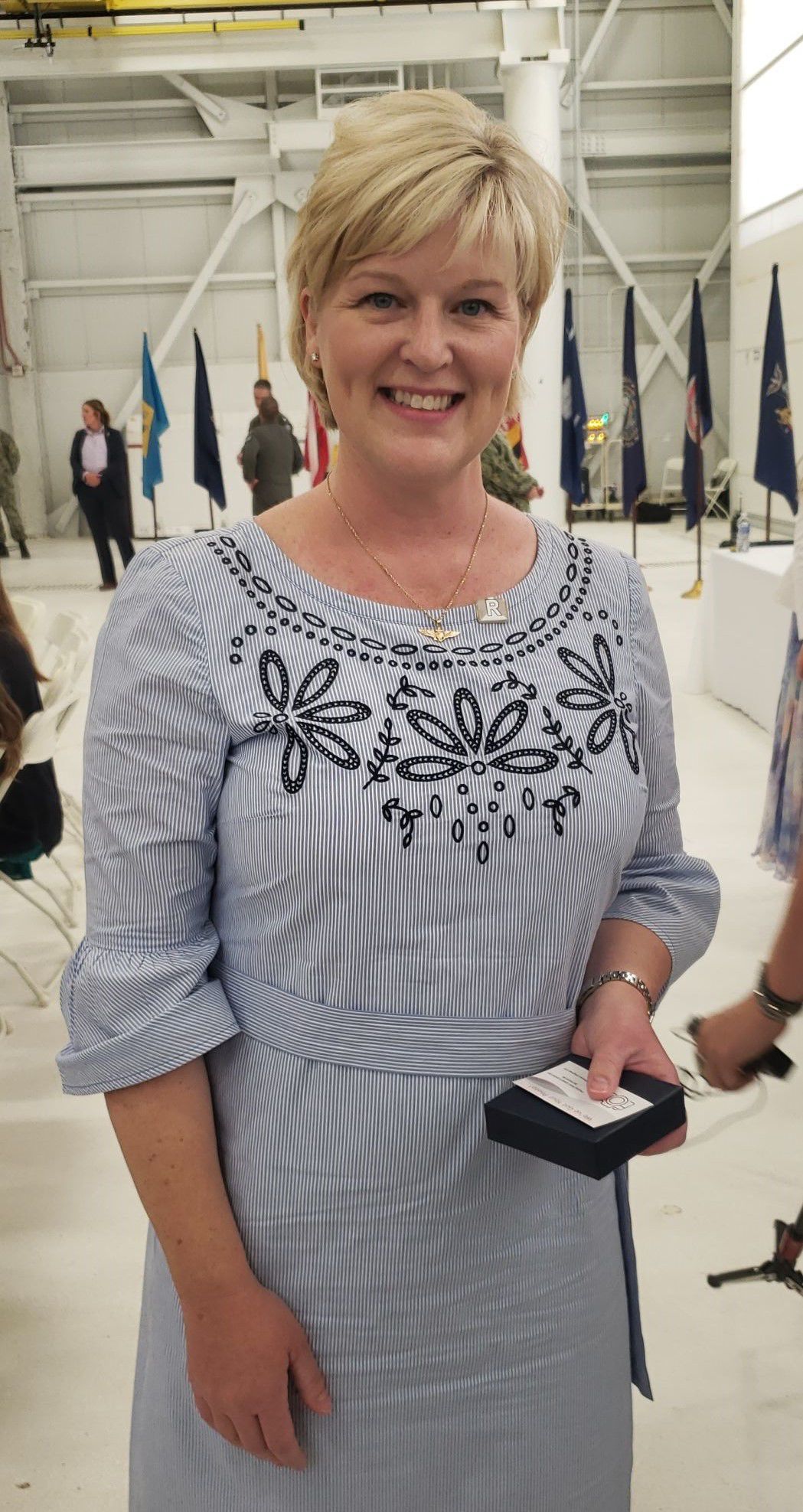 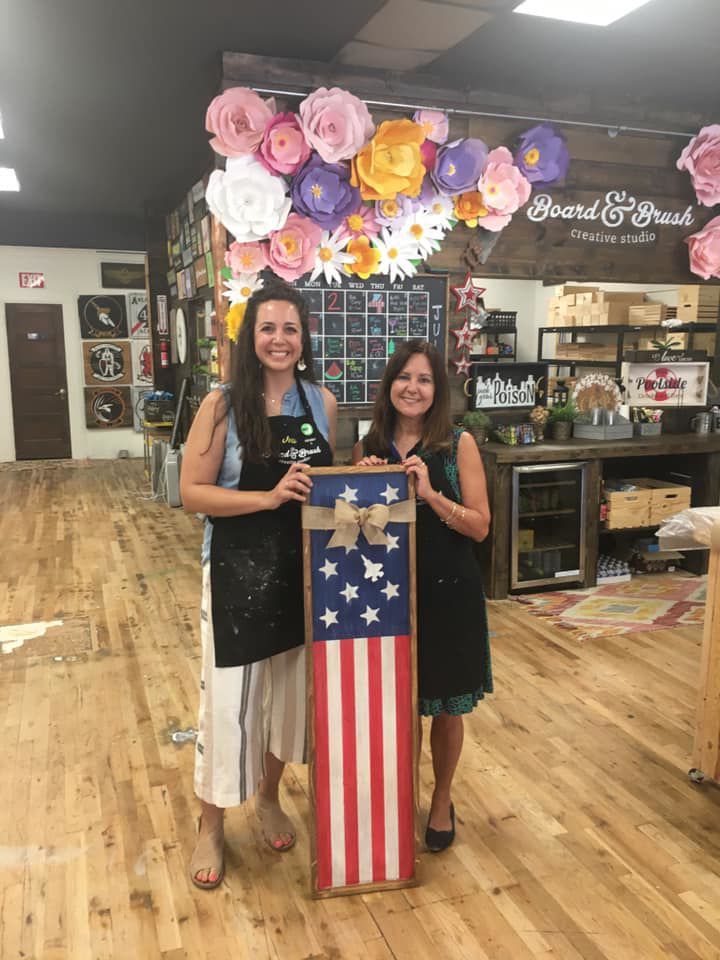 Board & Brush hosted the Second Lady of the United States Karen Pence (center) at their studio in Hanford on Wednesday.

Spouses lined up to receive a bracelet and take a picture with Karen Pence after her speech.

NAS LEMOORE — The Second Lady of the United States Karen Pence recognized military spouses during her visit to NAS Lemoore on Wednesday.

The second lady’s speech focused on resources to keep military spouses employed, which was an issue that sparked the launch of her military spouse campaign in September of 2018.

The unemployment rate for military spouses sits at 24 percent, according to Forbes.

“Military spouses are flexible, well-educated, flexible, hardworking, flexible, reliable and loyal,” Pence said to a vast crowd of military wives and husbands. “You are the kind of workers we want in the workforce.”

Pence said she has been looking forward to visiting “strike fighter country” to also bring awareness to the commitment military spouses have in the Central Valley and around the nation.

In the beginning of her campaign, Pence met with the spouses of all military branches and participated in listening sessions to understand what they needed, she said.

Pence has since partnered with 390 companies and organizations committed to recruiting, hiring and retaining military spouses. So far, over 130,000 military wives and husbands have been hired.

During her speech, Pence recognized Hanford business owner Joan Price, a military spouse who opened up her own Board & Brush franchise last year. Price strives to hire spouses as employees, Pence said.

Pence also found the same strategy, of focusing on hiring military spouses, in a restaurant that she visited in Billings, Montana. She challenged the crowd to possess that mindset in the workforce in order to help employ fellow military wives and husbands.

“We are absolutely honored that she was able to come to NAS Lemoore,” McCoy said. “She put us back on the map. There was a very big response from (spouses) wanting to attend...we have male and female spouses and we are all doing the same thing.”

Pence highlighted resources such as Military OneSource, a website that provides 24/7 support for military spouses, and LinkedIn, which provides spouses free access for a year.

Pence said she is starting to understand the obstacles military spouses have to go through. Her son is a married Marine and her daughter is dating a Super Hornet Pilot.

Both Pence and her husband, United States Vice President Mike Pence, landed at the NAS Lemoore Wednesday morning. While Karen Pence spoke at the naval air station, Mike Pence made appearances at a fundraiser in Coalinga and a Lemoore farm to speak about the United States-Mexico-Canada Agreement.