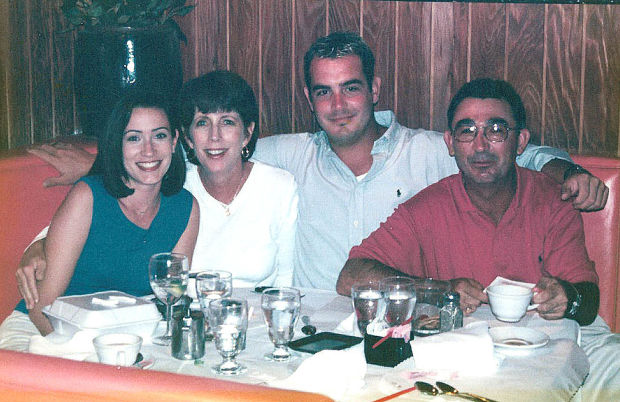 Joshua Barba, second from right, who died in 2003, is shown with his parents, Willie and Susan Barba, and his sister Jillian in a picture taken in 1999. 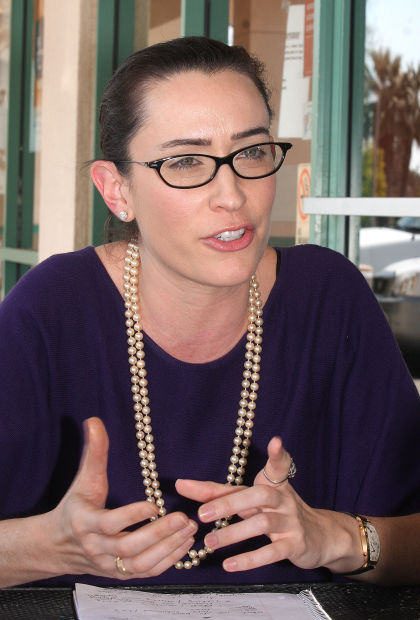 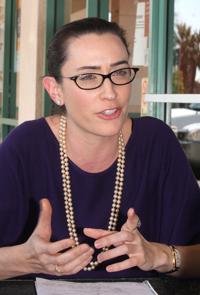 Jillian Barba talks about her brother's suicide and the impact it had on her and her family. (Gary Feinstein/The Sentinel) 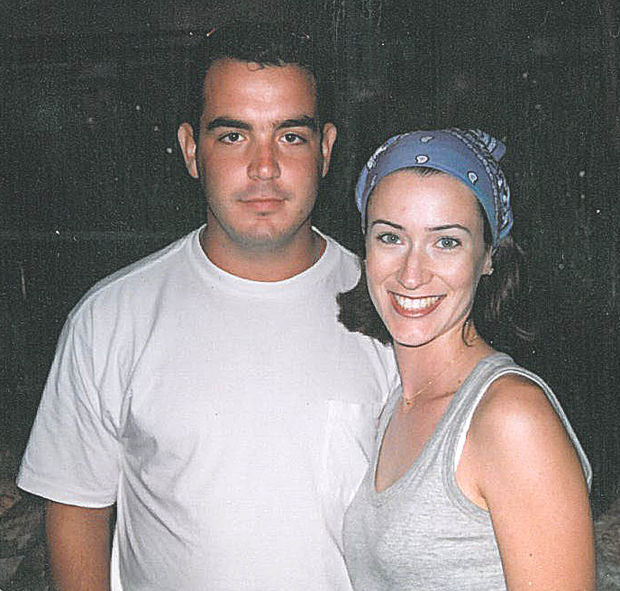 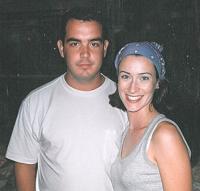 Joshua and Jillian Barba both attended California State University, Fresno. Jillian Barba is involved in suicide prevention efforts after the death of her brother in 2003. This photo was taken in 1999. 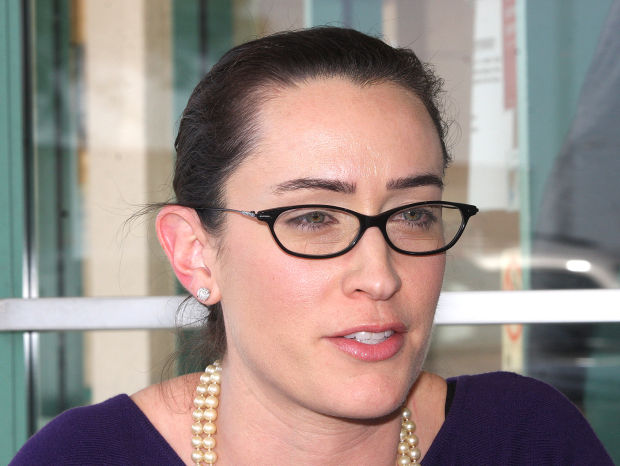 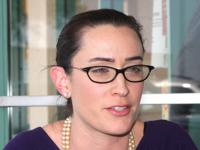 Jillian Barba talks about her brother's suicide and the impact it had on herself and her family. (Gary Feinstein/The Sentinel)

Joshua Barba, second from right, who died in 2003, is shown with his parents, Willie and Susan Barba, and his sister Jillian in a picture taken in 1999.

Jillian Barba talks about her brother's suicide and the impact it had on her and her family. (Gary Feinstein/The Sentinel)

Joshua and Jillian Barba both attended California State University, Fresno. Jillian Barba is involved in suicide prevention efforts after the death of her brother in 2003. This photo was taken in 1999.

Jillian Barba talks about her brother's suicide and the impact it had on herself and her family. (Gary Feinstein/The Sentinel)

It was St. Patrick’s Day and Hanford resident and California State University, Fresno student Joshua Barba, 26, was celebrating with his friends. He excelled at sports and was getting good grades in his classes. He was working toward a bachelor’s degree in business.

That all changed when, after celebrating at the Alpha Sigma Phi fraternity house, he decided to end his life.

“There was no note and I don’t think it was premeditated,” said his sister, Jillian Barba, “We had an inkling that he may have had a mental health problem of some kind, but we didn’t think that he would do something like that. He seemed happy at the time.”

When Barba and her parents, Susan and Willie Barba, first received the call that Joshua had been shot, they were not told that it was by attempted suicide. It was only when they reached Community Regional Medical Center in Fresno, where Joshua was taken after he was found barely alive at Fresno State, that they learned the truth. The family had only a few minutes to spend with him before Joshua finally died from a self-inflicted gunshot wound to the head.

“The news was so shocking that none of us knew how to register it at first,” Barba said. “Everyone took his death differently and expressed it in different ways.”

Barba was also going to Fresno State at the time of her brother’s death. Although she was already considering pursuing a career in social work, Joshua’s death cemented the decision. Barba graduated a few months later with a degree in sociology and eventually got her master’s in social work, specifically clinical psychology, at the University of Southern California in 2009.

Since then, Barba started her own company, J. Sterling Consulting, LLC, where she serves as an education consultant, writing curriculum for school district and nonprofit organizations. She also worked as a therapist for SHIELDS for Families in 2011.

In 2012, she became a volunteer with the Los Angeles chapter of the American Foundation for Suicide Prevention, the largest nonprofit organization devoted to suicide prevention in the country. Barba’s mother also got a master’s degree in psychology and is also currently volunteering with the organization.

“I wanted to honor my brother by giving back to the community and helping with suicide prevention,” she said. “I don’t want other families to have to go through what we went through.”

Barba said through her education and experience in social work, she understands now that her brother may have been suffering from a mental illness of some kind.

Before his death, Joshua had a drug and alcohol problem, which she said created a somewhat contentious family relationship. Barba now also believes, after looking back, that Joshua may have been bipolar or had some other type of mood disorder at the time. She said he would be really happy some times and really sad and angry at other times.

“It was a strained family relationship,” she said. “However, 10 years ago, I didn’t have the knowledge I have now. Everything’s making sense now that I can recognize signs of mental illness. It plagued my parents not knowing why he did it at the time.”

Barba said that mental illness is the primary cause of suicide attempts and that if more people could be treated for mental illness early on, there would be a significant reduction in suicides. She said she believes Joshua could have received medication and recovered if they had recognized his problem sooner or if he told them about it.

“There’s a genetic predisposition to suicide,” she said. “Some people don’t realize that mental illness, and by extension suicide, has a biochemical cause and can be related to chemical imbalances in the body.”

Barba said she believes that Joshua was at an emotional high at the time after getting to celebrate with friends and that he decided to take his own life when he was feeling happy.

“When you’re on a high, you know that there can only be a low after that,” she said. “The low is so dark and scary, people wish they would rather be dead.”

Barba said stigma and public perception about suicide is a big factor that makes suicide prevention efforts more difficult to achieve. She said that while suicide is a big social concern, addressing the underlying issues of mental health and stability are most important.

“When you’re diagnosed with cancer or diabetes, people don’t just ask what’s wrong with you,” she said. “They do whatever they can to help you. We need to treat mental health and suicide prevention the same way, by giving help to people that need it and stop judging them.”

According to Barba, people won’t reveal to friends or family that they have a mental health problem because they’re afraid of being stigmatized by society, often leading to increasing symptoms with no professional treatment.

“People who suffer from mental illness are suffering in silence,” Barba said. “They’re so stigmatized that they don’t get the help they need. It’s like a dirty little secret.”

Barba said she wants to use her brother as an example of what can happen to people who are unwilling to admit they have a problem. She hopes that by telling his story and providing her own experiences, more suicides can be prevented.

“When people see mental health the way they see cancer or diabetes, I think we’re going to see a decrease in suicides,” she said. “ Although nobody likes to talk about it, this affects everyone in some way or another. We have a social responsibility to encourage people to get help. We have to start treating mental illness like any other health problem.”

For more information on the AFSP, go to www.afsp.org.

To volunteer or to learn more about suicide prevention, go to the American Foundation for Suicide Prevention website at www.afsp.org.

The following statistics were collected by the American Foundation for Suicide Prevention, a national nonprofit organization, based on data from the Center for Disease Control and Prevention.

• Suicide is the 10th-leading cause of death in the U.S.

• Males are nearly four times more likely to die by suicide than females.

• 90 percent of people who die by suicide have a diagnosable and treatable psychiatric disorder at the time of death.

• Suicide rates are highest for people between the ages of 40 and 59.

• Native American people are the most likely to die by suicide, followed by white people.

To the Barba family and all others involved in this great cause. We will once again honor those that we lost this year and thanks to the AFSP we will together make a dent in spreading the knowledge and truth to this horrible decision. I look forward to seeing my extended family again this year
D. Wolfe