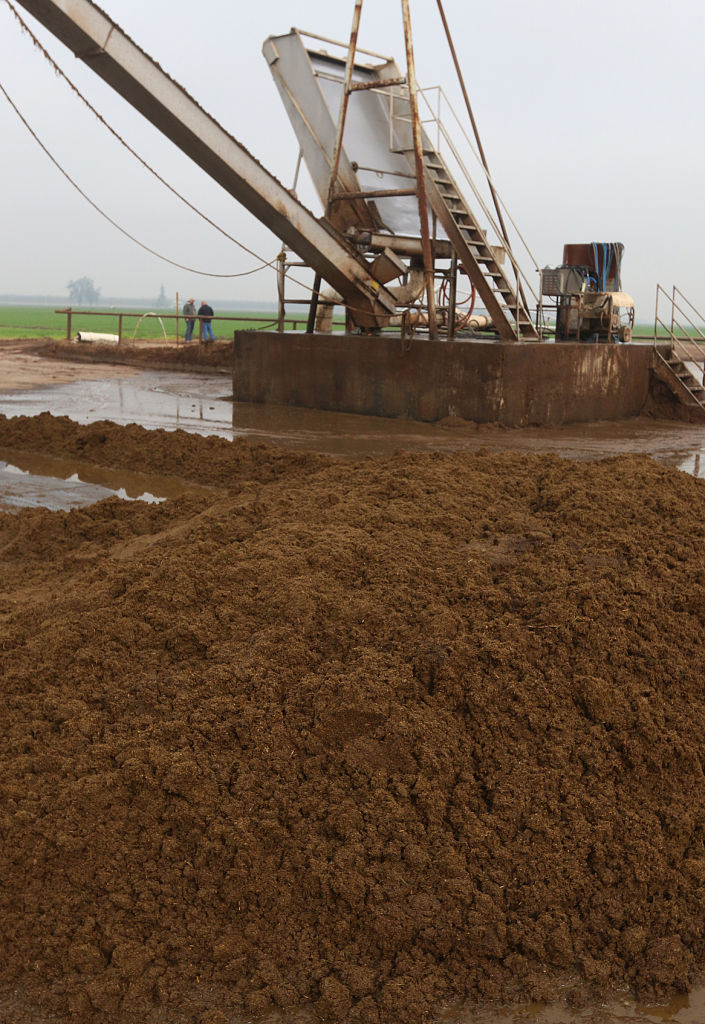 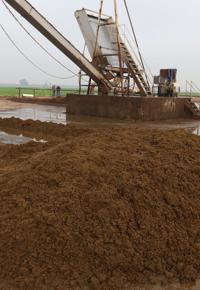 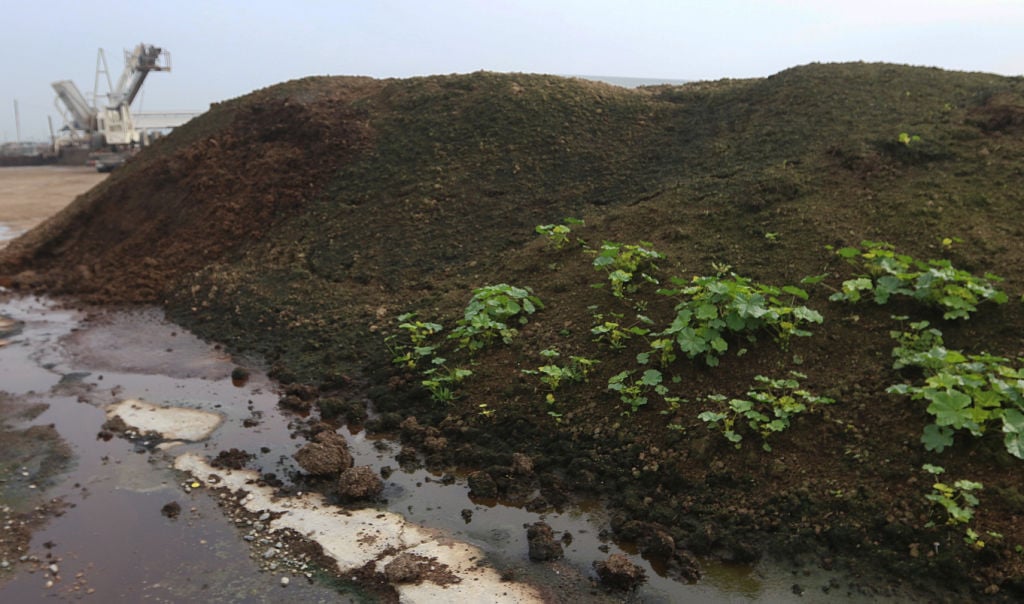 A ruling in Washington earlier this month defining dairy manure as “solid waste” could mean tighter regulations and lawsuits against Kings County dairies, according to sources in the industry.

In the ruling, federal court Judge Thomas Rice found that the Cow Palace Dairy, an 11,000-cow operation in Washington, over-applied manure as fertilizer on its cropland. In addition, Rice determined that the excess manure that couldn’t be absorbed by the crops could be regulated under the Resource Conservation and Recovery Act, a law covering solid and hazardous waste that is normally applied to landfills.

While environmentalists hailed the ruling as a landmark, Kings dairy operators and a representative from Western United Dairymen voiced concerns about the fallout for what they say are already heavily regulated dairies in California.

Hanford dairy owner Dino Giacomazzi said that local dairies are already regulated by the State Water Resources Control Board for how much manure and manure water they apply to cropland as fertilizer.

Dairies are required to monitor, manage and report how much fertilizer they apply to crops in an effort to minimize downward percolation into groundwater. Similar regulations were extended to all San Joaquin Valley farmers in 2013 after studies showed long-term nitrate contamination of groundwater is mostly due to agriculture.

Hanford dairy operator Brian Medeiros called it “unfortunate” that the ruling defined manure as a solid waste, akin to human solid waste that goes into a wastewater treatment plant.

Medeiros said there are multiple uses for manure, including as fertilizer, bedding and compost.

“We define it as an asset,” he said. “It’s unfortunate that courts saw it in that light.”

“I don’t know if it’s going to be a big impact, but it obviously can have some sort of impact,” Medeiros added.

Paul Sousa, director of environmental services for Western United Dairymen, said the ruling could lead to more of a “regulatory burden” for dairies.

However, Sousa said that the California regulations already in place might protect local dairies from further lawsuits or limitations.

“The California regulations actually help us on this,” Souza said. “What you are beneficially using as a fertilizer would not fall under the definition of a solid waste.”

The suits allege that dairies and other concentrated livestock operations produce air pollutants such as ammonia that need to be directly regulated by the U.S. Environmental Protection Agency the same way that factory smokestacks are regulated.

The Association of Irritated Residents, a San Joaquin Valley air pollution advocacy group, signed on to the lawsuits.

“There are a set of rules regulating volatile organic compounds,” Frantz said. “There’s nothing regulating ammonia. The rules need to be made a lot stronger.”

Medeiros said he thinks ammonia is being reduced as a byproduct of the rules dairies have to follow to reduce several volatile organic compounds that contribute to smog formation.

Dairies are required to do a variety of things, such as covering silage piles with plastic and keeping corrals dry, to reduce emissions of the compounds.

World Ag Expo in an era of limits

Good. I don't care how heavily regulated dairies feel they already are. Laws cannot be too strict when it comes to our health and environment. I'm so tired of our dairy men and farmers being put on such a pedestal in this area, forgetting they are the biggest polluters in this area. The methane created by all this cow "stuff" is ruining the world around us, just so these people can get richer and richer. Regulate the heck out of these places and hold them responsible.

If anyone doesn't like the area and what has been around here sense the early 1800s, then move some where else far far away, and please do not eat any dairy products which would include anything with cheese, bread, milk and the list goes on. I would love to see your grocery carts.

Local, just because something has been in existence since (not "sense") the 1800s, that doesn't mean that things can't change. Just because an industry pollutes my environment, it doesn't mean it's my responsibility to move away from the problem. It's their responsibility to make a change. But you've proven my point of the arrogance and self importance of those who run the farms and dairies. And I'm vegan, so I don't even consume nasty animal based foods.

local:I Don't buy genetically poisoned grain, milk or cheese. You've made an unintentional point: Our Grocery-Carts and shelves are held captive to growers and breeders whose concern is increased yield and getting those bovines to market and lactating again as soon as possible. Chickens fattened up in 4 weeks until their hearts explode and laying eggs in cages the size of a child's shoe-box. Yes, I hate my shopping cart. Most times I come back with nothing.

One of those "Duh" no-brainer rulings; OF COURSE manure is solid waste no matter how it's reconfigured. But- profits above health; toxic air; manure fumes burning the eyes and throat; brown water; asthma, allergies, doctor's bills and medicine cabinets that look like shelves at a Drug Store- to name a few. Others- no industries (except low-wage cashier jobs) willing to come here, empty houses in new developments. If Medeiros thinks amonia levels are ok- he needs to get out and breath more.

Vegan you say? You're tired of "farmers" being put on such a high pedestal? If I'm not mistaken, and if you truly are a "vegan", then most of your diet is made up of fruits, vegetables, leafy greens, whole grains, nuts, seeds and legumes right? All of which are grown by those farmers whom are put on such a high pedestal. I wonder if that is because they work their tails off just to fill the entire produce section of the store you buy all of those items from.

LOL. I wish I could depend on local farmers for my produce, but I take my vegan diet very seriously (and I'm not sure what you mean by "true vegan"; you either are or you're not) and try to eat organically. I have to depend on grocery stores out of town that carry organic produce or that carry produce that doesn't look brown and bruised. Hard to find, at least in Hanford. Why, if we are such a agriculturally rich area, are all the produce here stamped with "Product of Mexico"?

As far as money goes, a true farmer doesn't care about how much money they make. Unlike many others, most of them actually do what they do for a living because they love it. Speaking from experience, it takes a hell of a lot more money to plant, grow, maintain, and produce the fruits, vegetables, leafy greens, etc. that you consume. The "profit" that you claim makes them "rich" hardly adds up to what they spend in growing that produce. Just saying.

Since a "true farmer" doesn't care about how much money they make", then by all means they (collectively) can donate about 90% of the approx 12 billion in money they don't truly care about. Build homeless shelters donate several billion to every non profits, gift schools with money so teachers don't have to continue spending theirs on school supplies- I can provide you a long list...

Interesting. Pretty sure I can walk into any grocery store of my choosing and find produce grown locally. I am also sure that the produce I bought this morning does not say "product of Mexico". As far as finding organic produce, that too can be found in many stores including the Hanford area. Are you saying you won't eat a pear that has a bruise on it? That could simply just mean that the pair with the bruise on it was at the bottom of the crate. A bruise on produce is not going to harm anyone.

That IS interesting considering my brother just visited from San Francisco during the holidays. He has a 18 month old baby and only feeds her organic foods. We went to pretty much every grocery store in town, including the more high end Save Mart, and MAYBE saw two items total that were organic and locally grown. I think it was onions and lettuce. I would like to know which store is of your choosing. And I don't have a problem eating bruised fruit. But it's ALL bruised/wilted in some places.

City folks just don't get it!

Whats amazing San Fran wants to build another underground tunnel? Isnt there some animal or plant they are disturbing? Build a Dairy all Hell breaks out over a Rat?

As I said in another post, it may be time to seriously explore the idea of liberal and conservative states. Liberal progressive socialists etc will be the ruin of our country if left unchecked. They hate cars, dairies, farmers, water storage, the constitution etc etc. these are the same people who go into stores and have "funerals" for dead chickens, want extreme taxation and confiscation of the makers so they can redistribute it to the takers.
It's down to us vs them.