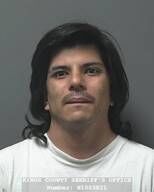 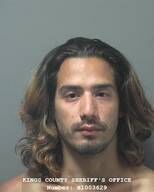 At 8:24 pm on Monday Hanford Police were dispatched to the area of 1200 North Williams for a report of a man who had just been assaulted.

Upon arrival officers located a 32 year-old male victim lying on the ground bleeding and unconscious. It appeared the victim had been stabbed, according to officials.

The officers began lifesaving aid until the ambulance arrival but the victim died at the scene.

Detectives with the Hanford Police Department responded and took over the investigation. Through investigating, the detectives reportedly learned that there was a physical altercation between the victim, who has not been identified, and Christian Contreras and Mark Gonzales. The victim was reportedly stabbed multiple times during the altercation.

Detectives were able to locate Contreras and Gonzales and both were arrested for homicide.

This case is still under investigation and anyone with information is urged to contact Detective Ortega at 559-585-4724.

Makenzie Rankin is a general assignment reporter for the Hanford Sentinel. If you would like to talk to Makenzie about a story idea, contact her at mrankin@hanfordsentinel.com.